In terms of return on investment, the best open world games are hard to beat because of how intentionally they are designed to surprise and delight players at every turn. They’re built around a single storyline, but the side quests, side destinations, and secret areas you’ll find on your travels will more than make up for any boredom.

For this reason, games like Pokemon Legends: Arceus, which lacks a true open world, are not included. However, with the release of Pokemon Violet and Scarlet later this year, it’s possible that a Pokemon game will appear here.

What we can promise, however, is that your free time will be completely sucked up by the best open world games currently available. We’ve tried each one out for ourselves, and you won’t be disappointed in any of them if you give them a try. When playing an open world game, your imagination is the only limit to how much fun you can have. It doesn’t matter what form they take, they can easily keep you entertained for dozens, if not hundreds, of hours.

There are those who raise the bar for the entire medium, making it necessary for programmers to improve. Those that improve upon proven methods still hold value because they provide examples of polished design.

Below we have discussed the 12 open world games we consider to be the best and currently available. 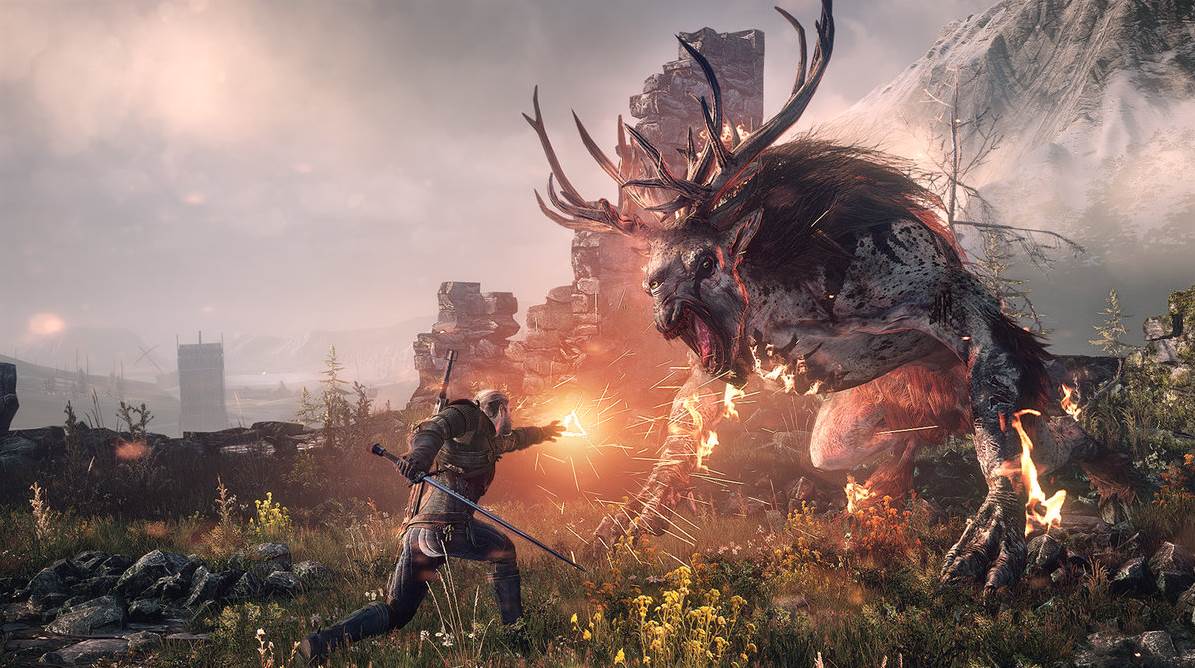 We all got to witness the pinnacle of storytelling, worldbuilding, and emotional resonance that games are capable of thanks to Geralt of Rivia’s quest to find his daughter. There aren’t many books that have the same level of adoration from readers everywhere. The writing in The Witcher 3 isn’t the only part of the game that deserves praise. It has a top-notch combat and RPG system, and it’s one of the few games where your decisions actually matter. The game’s aesthetic is also top-notch; some newer open-world games fall short of the bar set by The Witcher 3 in terms of visual and artistic excellence. Not to be outdone, its add-ons are also noteworthy, especially Blood and Wine, which feels like a totally new and improved game lovingly layered atop the original. Elden Ring, the first true open-world title from FromSoftware (the developers of the Souls series and the Souls-like genre), not only lived up to but shattered every imaginable expectation. One of the best open world games of this decade, thanks to its expansive world full of things to discover, its Souls-like gameplay refined to a razor’s edge, and the sheer number of ways players can engage with its challenges. The fact that 12 million copies of Elden Ring were sold in a little over a month is, if nothing else, evidence of the game’s cultural impact. After the success of Fallout 3, expectations were high for the sequel, Fallout: New Vegas. New Vegas has been held up as a benchmark for the series because of its more reflective story, complex world of factions, politics, and the series’ signature brand of humor, as well as its massive world for the time. You can find bug fixes, visual upgrades and overhauls, new gameplay, and massive free content drops, just to name a few examples, in the New Vegas mod scene, just as you can in the other Fallout games. 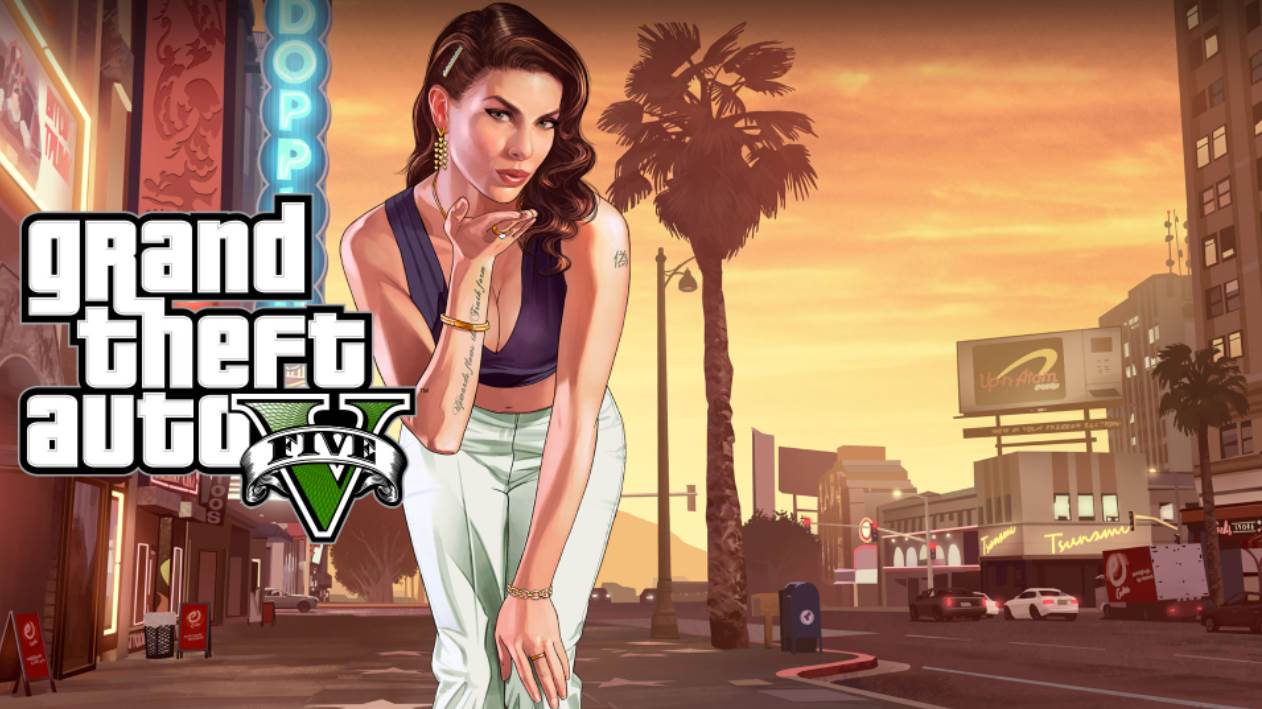 When describing the success of Grand Theft Auto V, the phrase “phenomenal success” would be an understatement. Since its release, Grand Theft Auto V has sold over 160 million copies and generated incalculable sums of money from its online component. Rockstar went above and beyond, filling the game to the brim with content despite the fact that it could have coasted on its name alone. It was one of the largest open worlds of its time, and even if you never connect to the internet, you can still spend well over a hundred hours exploring the city of Los Santos. The amount of content and attention to detail far surpassed anything else released by Rockstar up to that point. Guerrilla Games’ massive sequel to 2016’s Horizon: Zero Dawn builds upon the excellent combat and robust open world of its predecessor in every conceivable way. You are now free to fly, swim, glide, or otherwise travel around an expansive, beautiful, and potentially dangerous world. Horizon: Forbidden West already won its game of the year award, so this makes it pretty clear about being one of the best open world games.

The plot and the mechanics are all fairly standard fare. However, Forbidden West has been polished to a mirror-like shine, so that when you take in the whole experience, there is no doubt that it is fantastic and well worth the dozens of hours you will spend exploring it. Almost every aspect of why the wild west is such a resonant theme in American culture is present in Red Dead Redemption. Again, an outstanding product from Rockstar games. The journey of Arthur Morgan and the Dutch Vanderlind gang is one that will stick with you, whether it be for the excitement of discovery, the well-told tales of the law versus the lawless, or the fact that it occurred during a time of difficult transition for the United States. One of the best game worlds ever and attention to detail that kept surprising players months after the game’s release made this game a contender for best game of the last decade. You have complete control over the technological puppets populating the world of Watch Dogs Legion, and boy, can you make them dance. Getting more people to join your secret hacking group, DedSec, is as important as getting more money or weapons in the real world. You can play as a random Londoner, recruit allies, and defeat the bad guys who are making life miserable for the citizens of the city. True to its name, Halo Infinite expands the Halo universe into infinity. Yes, figuratively speaking, but the vast wilderness serves Master Chief and company well. It’s not a huge open world, but it rewards players for venturing out and making progress by granting access to new areas. Between the set pieces, the world is fantastic, and there are many compelling reasons to return. There must be a good reason why this is the best Halo setting so far. Forza Horizon 5 is the only racing game on this list of the best open world games, and it more than deserves to be here. In this arcade racer, you’ll race through Mexico as a participant in the latest Horizon festival, a massive celebration of all things on four wheels (and occasionally some special guests, too). Beautiful visuals, a pumping soundtrack, and a steady stream of fresh content describe this game. The selection of vehicles is also staggering. Assassin’s Creed Valhalla is already one of the best Xbox Series X games and best PS5 games, and the other recent Assassin’s Creed games are also highly recommended. In Valhalla, you play as Viking Eivor, exploring Dark Ages England in search of a new home for your clan, a journey that improves upon the already excellent Assassin’s Creed Origins and Odyssey. Discover the hidden secrets and treasures of old England as you build a settlement, make new friends, forge new alliances, dabble in politics, and explore the land extensively. You can now explore the galaxy in No Man’s Sky and feel like a true interstellar explorer as you briskly traverse procedurally generated planets. It has been expanded with a new lore, 30 hours of story content, new ways to interact with NPCs, portals to make travelling between planets much easier, and terraforming. Additional features and changes, such as a new social system, VR support, and rideable aliens, were added in No Man’s Sky’s Beyond(opens in new tab) update. Furthermore, expansions have since been released, expanding the game’s feature set, narrative depth, and overall enjoyment. Those who enjoy exploring strange new worlds and looking good in a spacesuit should definitely check out No Man’s Sky. Sure, Minecraft is more accurately described as a sandbox game, but hey, that still counts as an open-world game. In this massively entertaining exploration game, you’ll get to punch trees, mine deep into the mountains, and try not to get burned by lava. Players’ creativity has led to the construction of everything from entire cities to functional computers to enormous statues in Minecraft. Obtainable achievements offer a pretense of structure for those who prefer it, and when you get tired of the regular world, you can always venture into the Nether and build your next fortress there. You can choose between two different open-world settings. What a fantastic bargain!

Well, these are the most popular and best of the best open world games playable in 2022 and will be playable for one more decade. We hope you enjoyed this guide. If you liked this, make sure to check out the best Games Like Wordle.