The best GTA 5 mods can have a huge impact on the gameplay. A game can be made to feel new by adding new features, whether they’re small tweaks to the quality of life, completely new visual styles, or even just silly minigames and sandbox activities.

New gameplay features include playing as the LSPD or actually serving your sentence in prison, in addition to the realistic graphics and Hulkbuster armor, zombie attacks, and other new gameplay features. GTA 5 mods can transform the game into something entirely different.

If you’ve always wanted to get into GTA 5 modding but haven’t figured out how or are just overwhelmed by the options, you may need some guidance. Mods for Grand Theft Auto V can be found here, along with instructions on downloading and installing them. 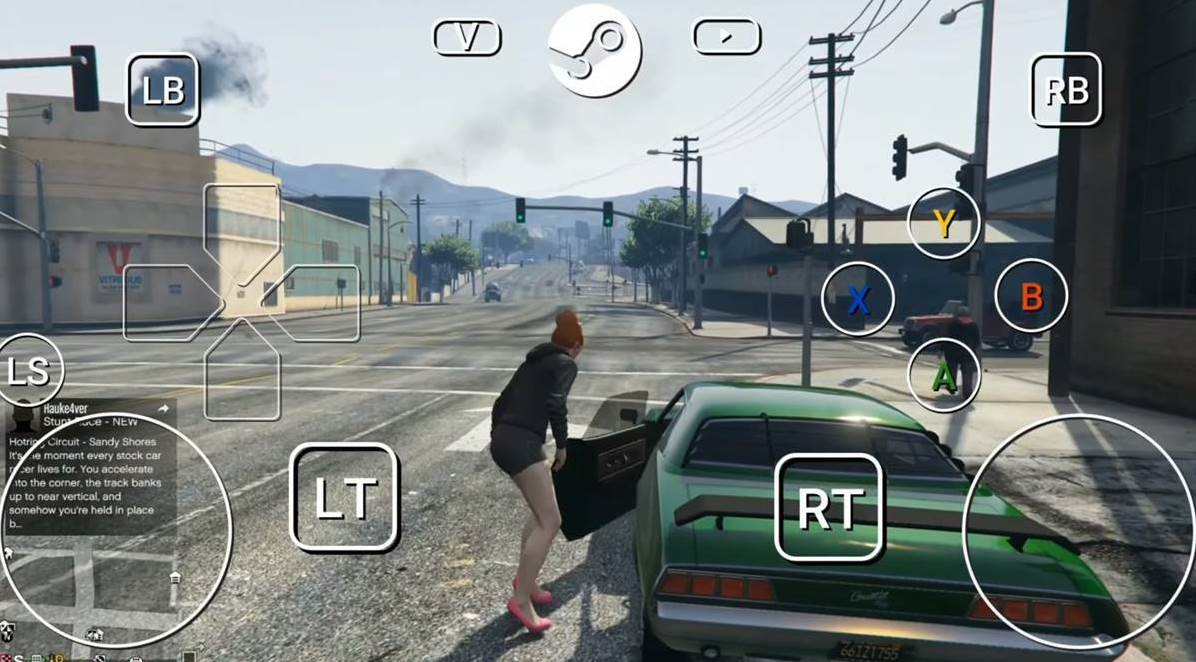 Modders love Grand Theft Auto 5’s expansive world, but it can be a pain to work with. Los Santos has been ruined. Pulling over and having a dressing down can help you get rid of a one-star Wanted level in the game’s police.

You have the option of becoming a police officer and scouring the city for criminals to apprehend (albeit in potentially illegal ways). You can even dress up as Hulk if you’d like.

Los Santos is a fantastic city, and while some areas are clearly based on real-world locations, there is no escaping the fact that it is a completely fictional city.

In an effort to remedy this, the Real California Architecture mod includes a slew of real-world landmarks such as the Hollywood Sign and the Hollywood Wax Museum, as well as two In-N-Out locations. 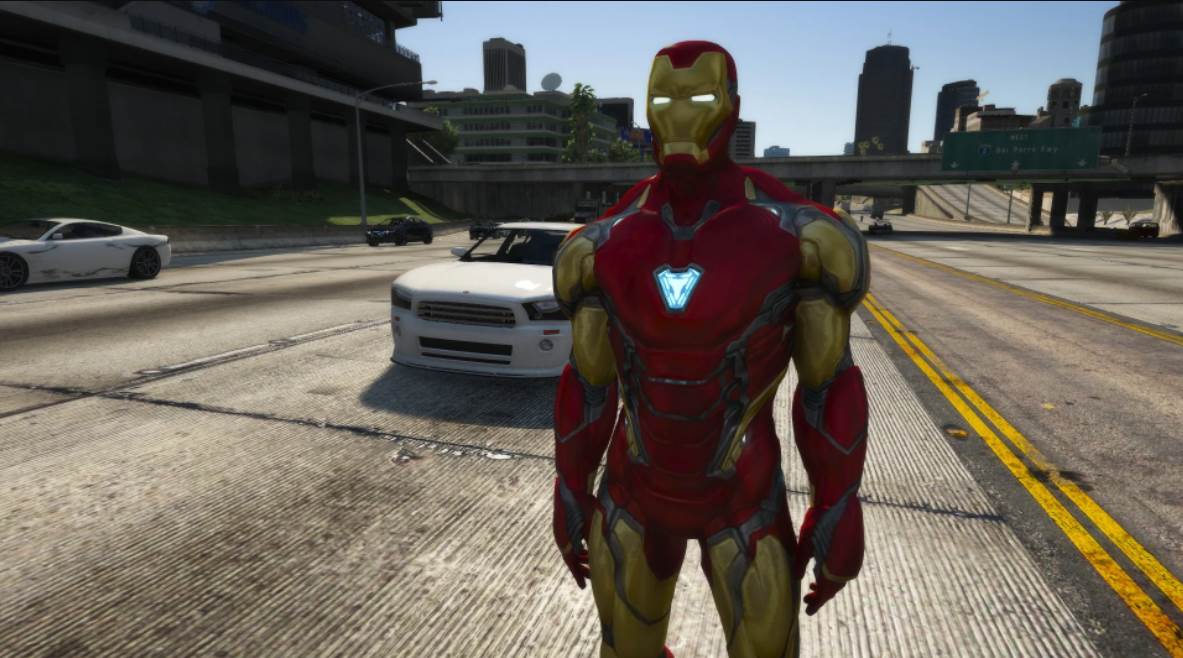 With this mod installed on your GTA 5 save you can utter the famous line “I am Iron Man” from Iron Man. With this mod, you get a fully functional Iron Man suit, complete with boost thrusters, repulsor beam, and that oh-so-satisfying “eeeyooooop” blaster sound.

Even the Hulkbuster armor, which sacrifices agility in favor of brute strength, is available for customization. Tony Stark would be pleased. 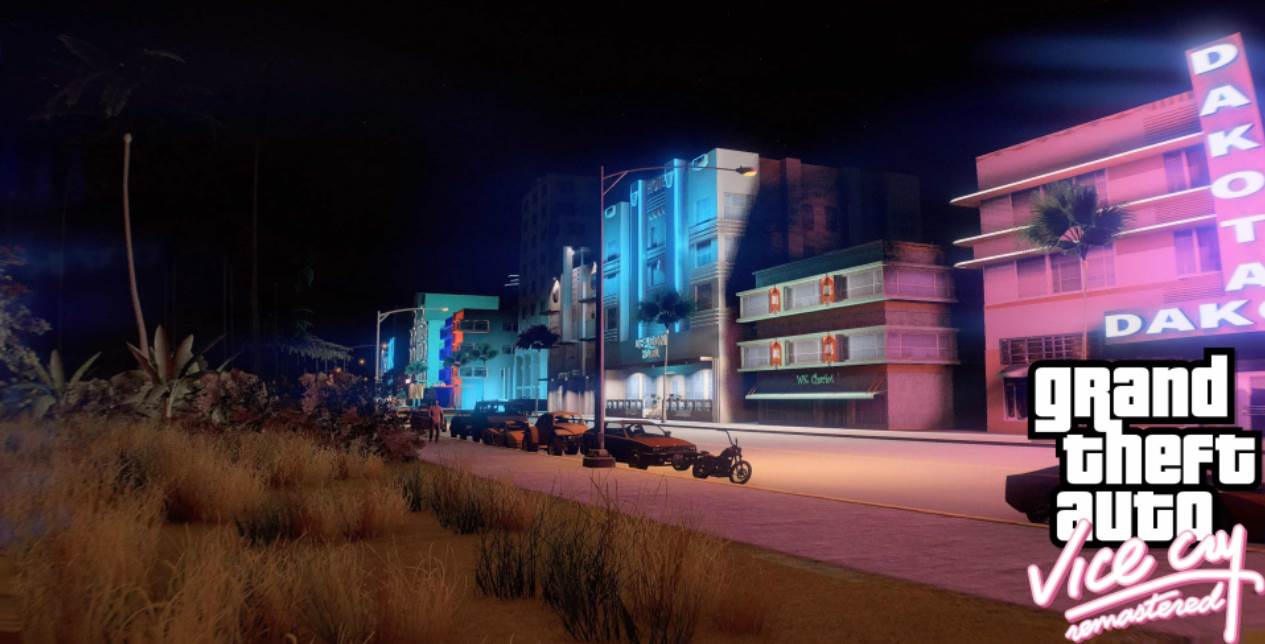 Rockstar’s updates to GTA: Vice City haven’t made it look much better, despite the affection many players have for the game. In Vice Cry: Remastered, a port of the popular Vice Cry mod for Vice City, the fictional Miami is given a beautiful makeover complete with rippling waters and shimmering sunsets.

Aside from improved road maps, car generators, and working traffic lights, new missions are also being released, elevating this update above the level of a simple facelift. Going back to the 1980s to see this one is definitely worth the effort. 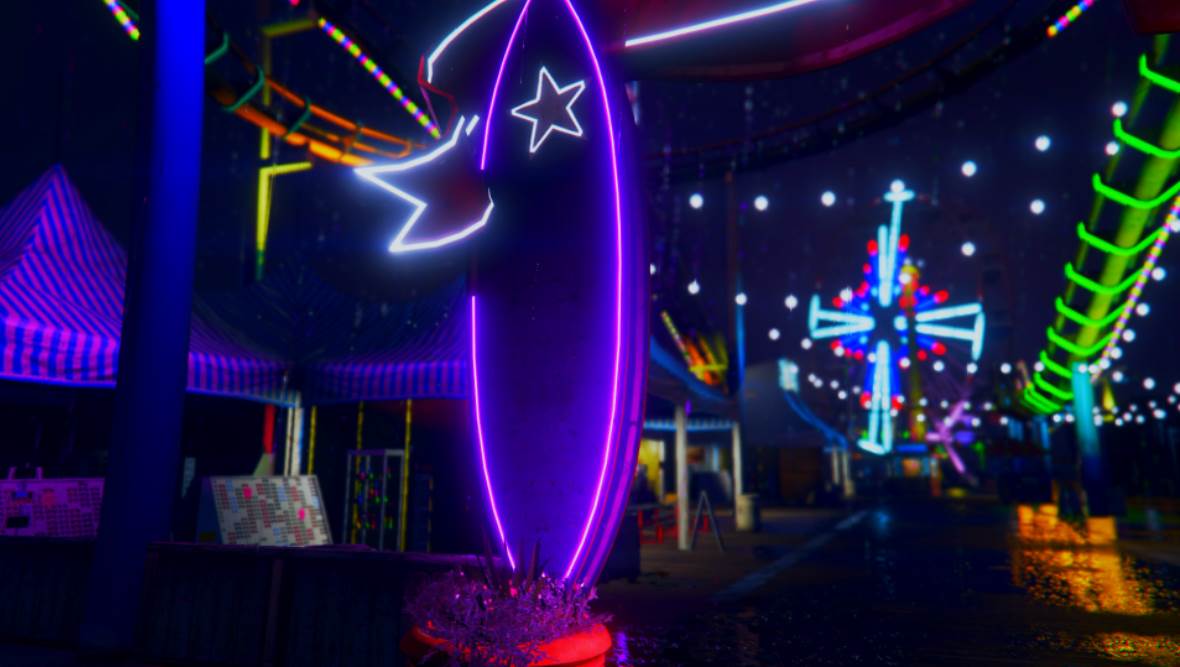 With Intesity ENB visual GTA V mod, you can still enjoy Grand Theft Auto even if you’re not a fan of Cyberpunk 2077.

This ethereal and mysterious quality is added to Los Santos, especially when it’s soaked in rain, thanks to Intensity ENB’s ability to dial up the contrast between colors to 11.

You’ll often feel like you’re in a J.J. Abrams movie as much as a cyberpunk film thanks to the game’s enhanced lighting effects. 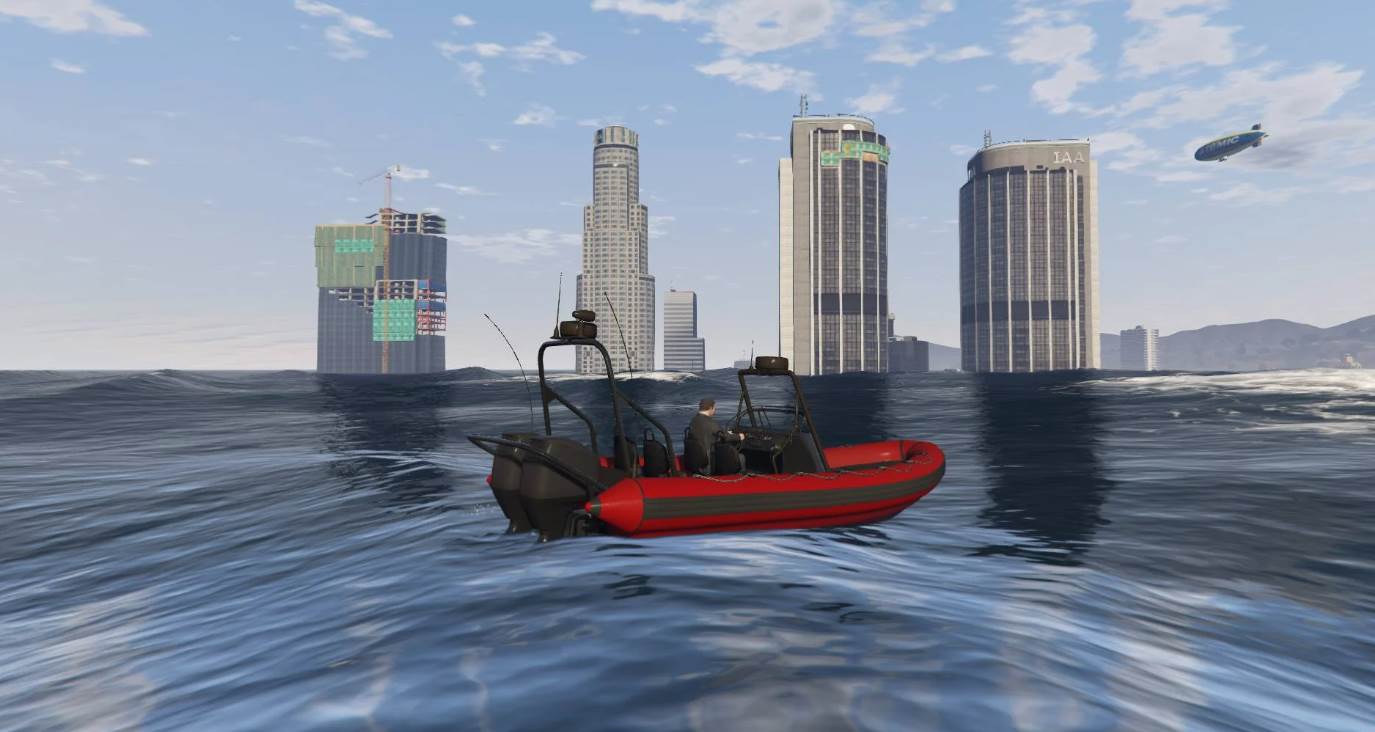 The best cities in the world are all submerged. A few of the world’s most beautiful cities include Atlantis, Rapture, and the one from The Phantom Menace. So, what’s holding you back from testing how well Los Santos holds up under the weight of tens of thousands of metric tons of water?

With this mod, you can unleash waves of salty sea water on the town and only the highest skyscrapers can be seen above the surface. Honestly, you can try it now. This is one of those in-game natural disasters that you simply have to see for yourself to believe. 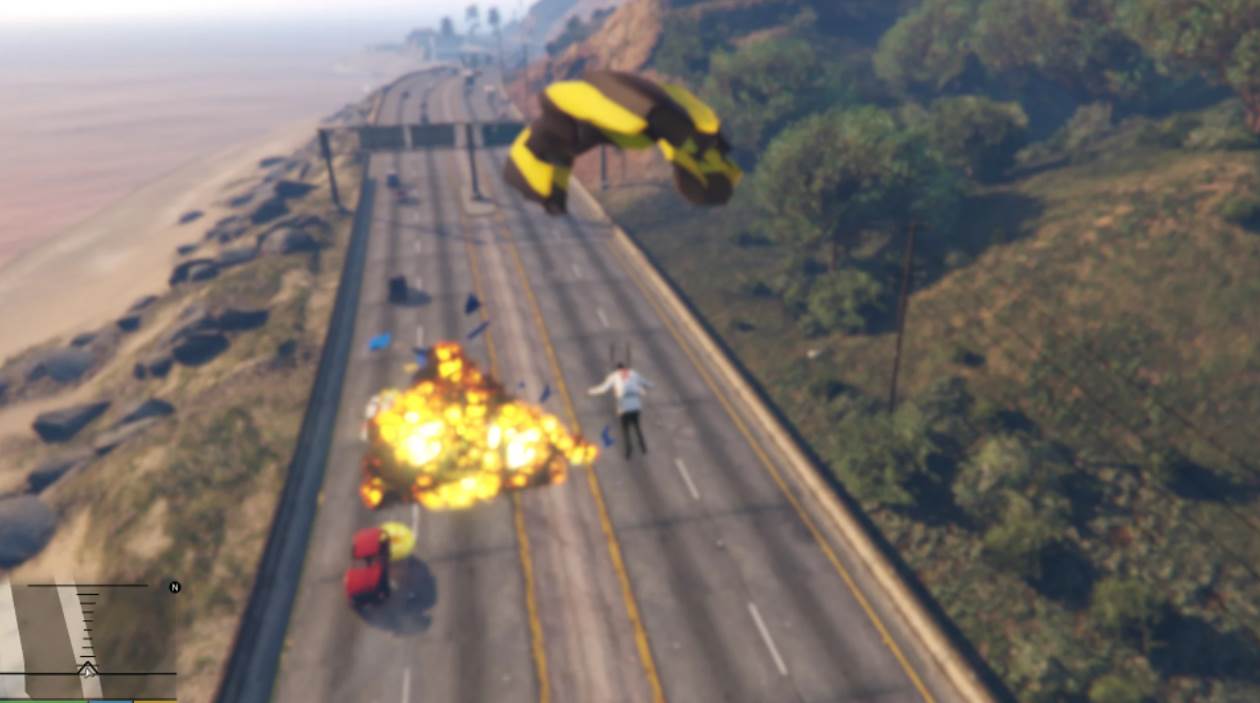 You can get into all kinds of trouble in Grand Theft Auto, but there’s nothing quite like Just Cause for sandbox madness in the same vein.

Unofficially, Rico Rodriguez’s grappling hook, parachute thrusters, and other Just Cause-inspired mods are now available in GTA 5. When you jump out of a car, it actually causes the car to explode, which is great for dealing with roadblocks.

Why not spend a day in the shoes of a Los Santos police officer and learn how they do their job better than you ever could on your own?

To get the full LSPD experience, there are detailed missions, police-themed weapons and vehicles, and customization options available. It’s possible that you’ll end up preferring it to the life of crime you had previously led. 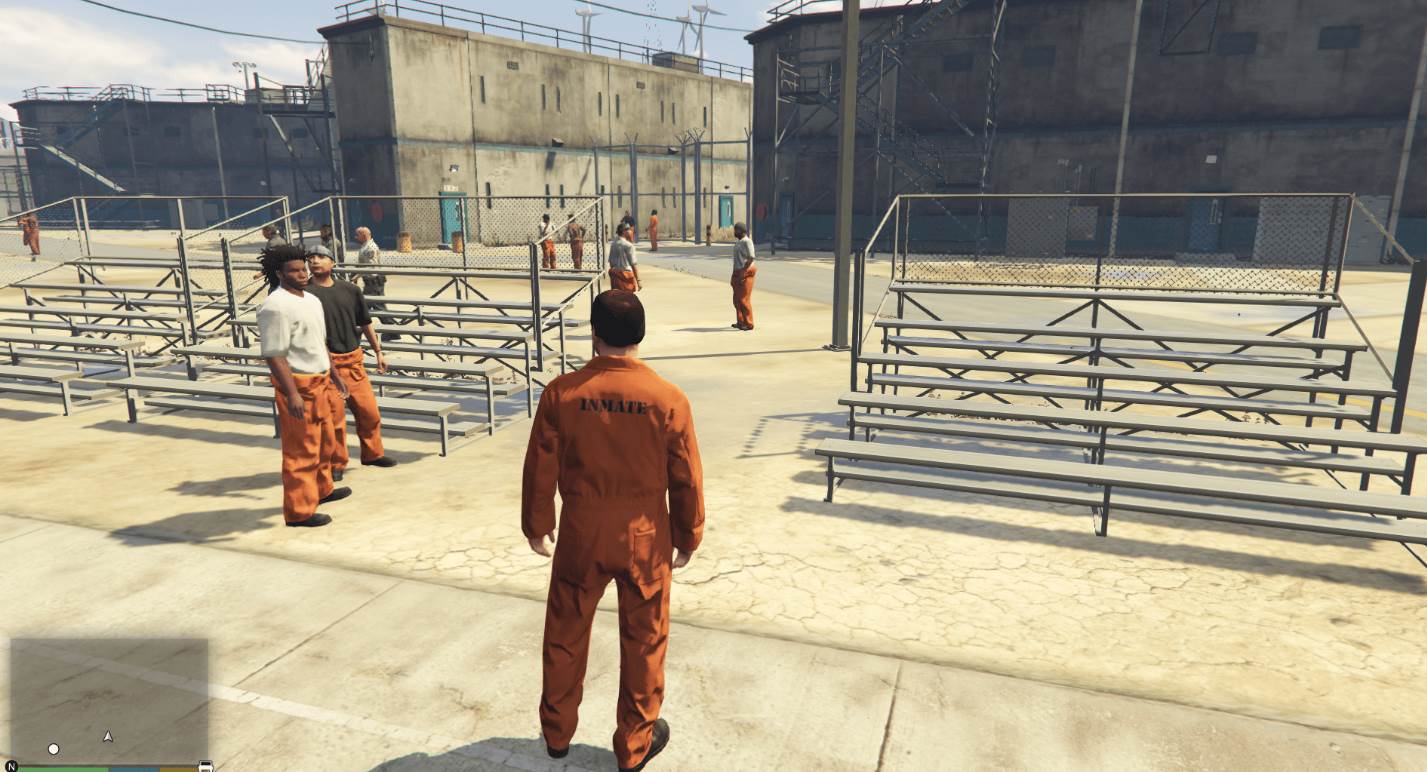 Concerning law enforcement, why is it that you never see what happens between being arrested and being released from a hospital or police station? Perhaps there is a judicial system in place in Los Santos despite Grand Theft Auto’s loose definition of justice

This prison mod has the solution, putting you in jail whenever you’re apprehended by the police and allowing you to roam the prison, interact with inmates, and even attempt a breakout. What about just serving your sentence and hoping to emerge a better person? Not for me; a prison break is the way to go! 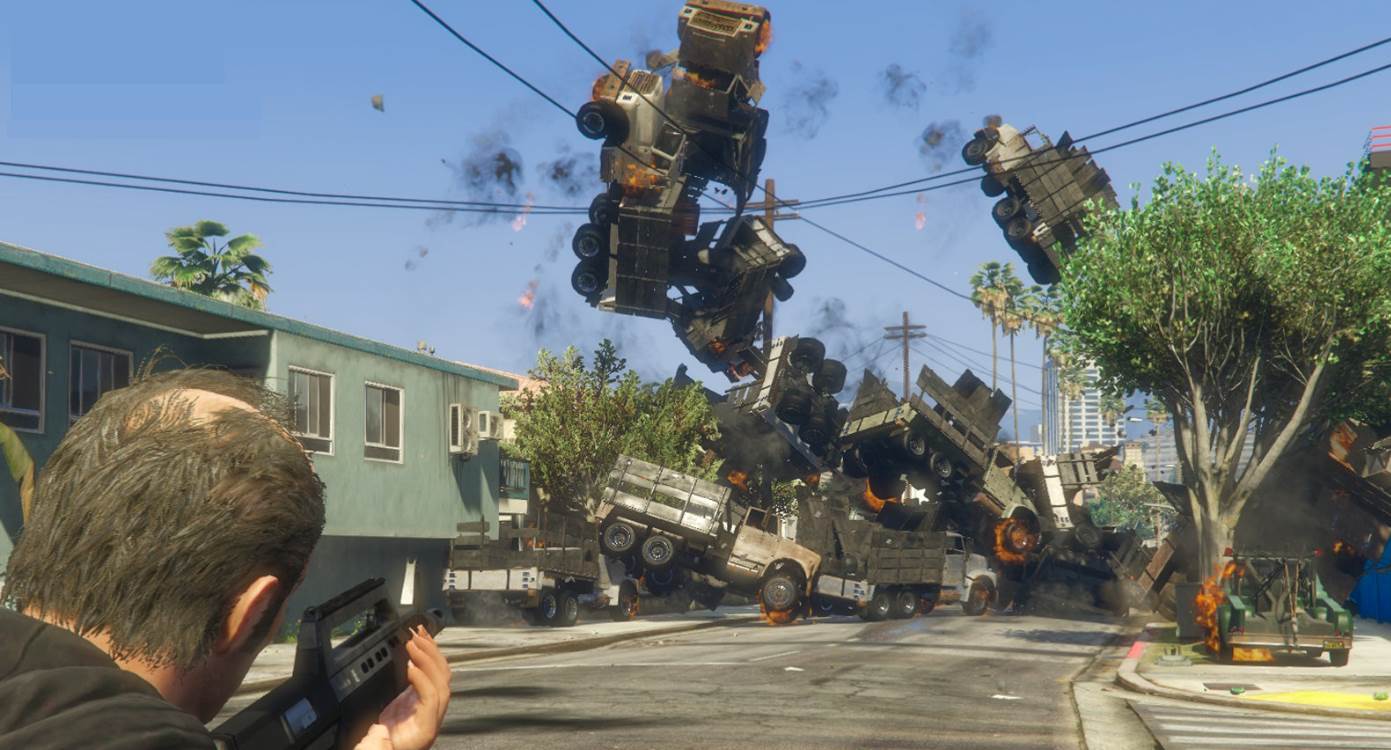 This one doesn’t require any further explanation, does it? Basically, it’s a cannon for vehicles. A vehicle-shooting cannon. Using the cannon, you can aim it at other vehicles and have them come out the other end.

It’s ludicrous. It’s absurd. I’d be lying to say it wasn’t a lot of fun, but it gives you an advantage in a firefight. 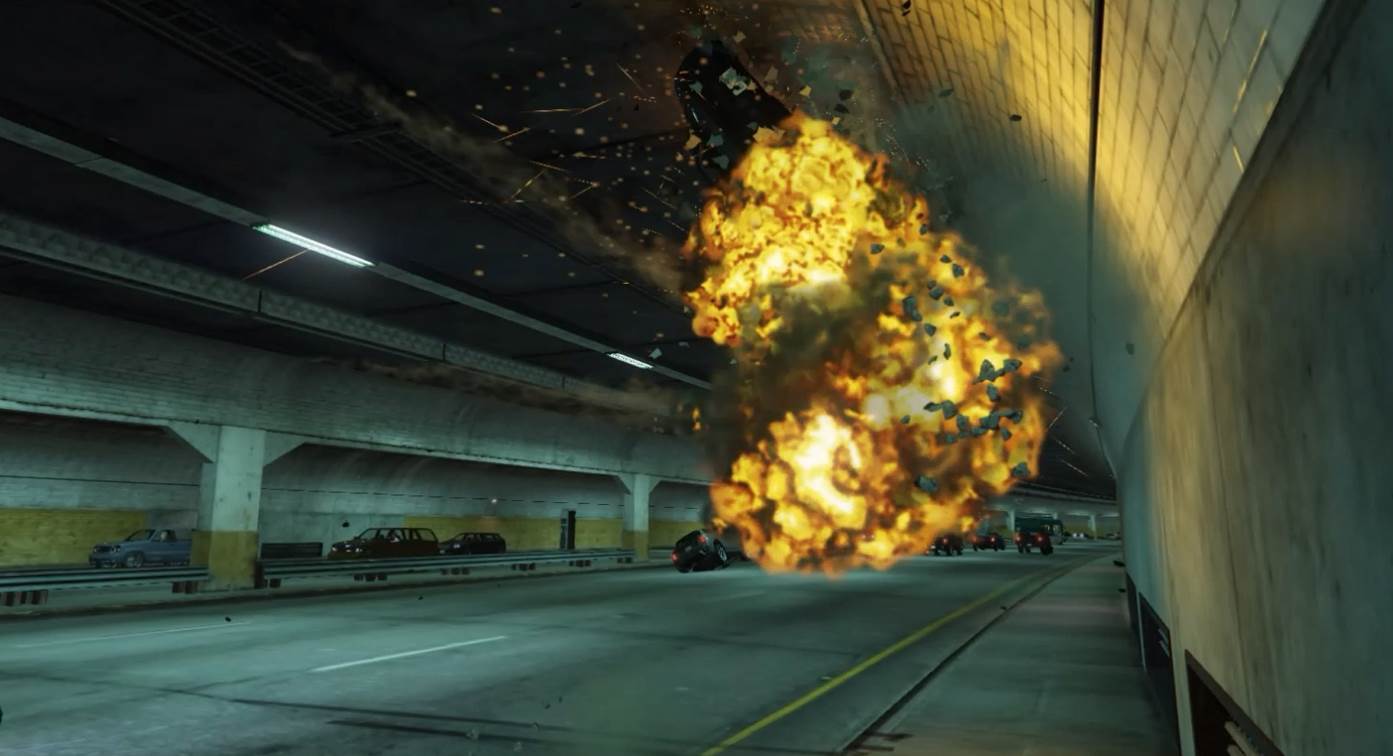 Everybody loves GTA 5’s perfectly depicted explosions, which may be the best video game “booms” next to GTA 4. However, when you’re driving down the highway, listening to your favorite radio station, you don’t get enough of them.

It’s called ‘carmageddon,’ because it causes any car within a reasonable distance of you to go up in flames on cue. A five-star wanted rating will come quickly, but it won’t be a problem because the police cars will explode as soon as they come within range of you. 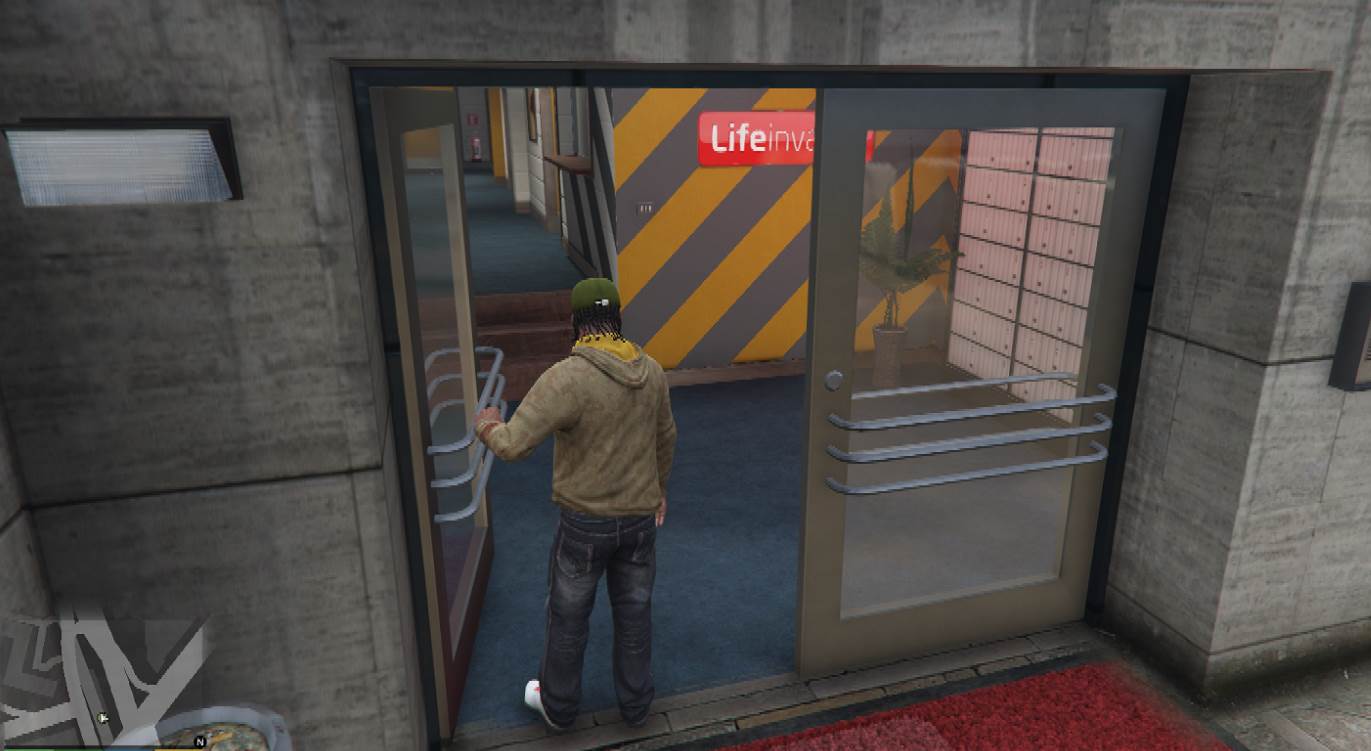 Apart from the gun shops, strip clubs, and car dealerships, it appears that only a few buildings in Los Santos are accessible to the general public. The “Open All Interiors” mod has three guesses as to what it does…

The new buildings in Los Santos don’t hold any amazing secrets, but they do add a layer of realism to the city and provide excellent cover for escaping the law. 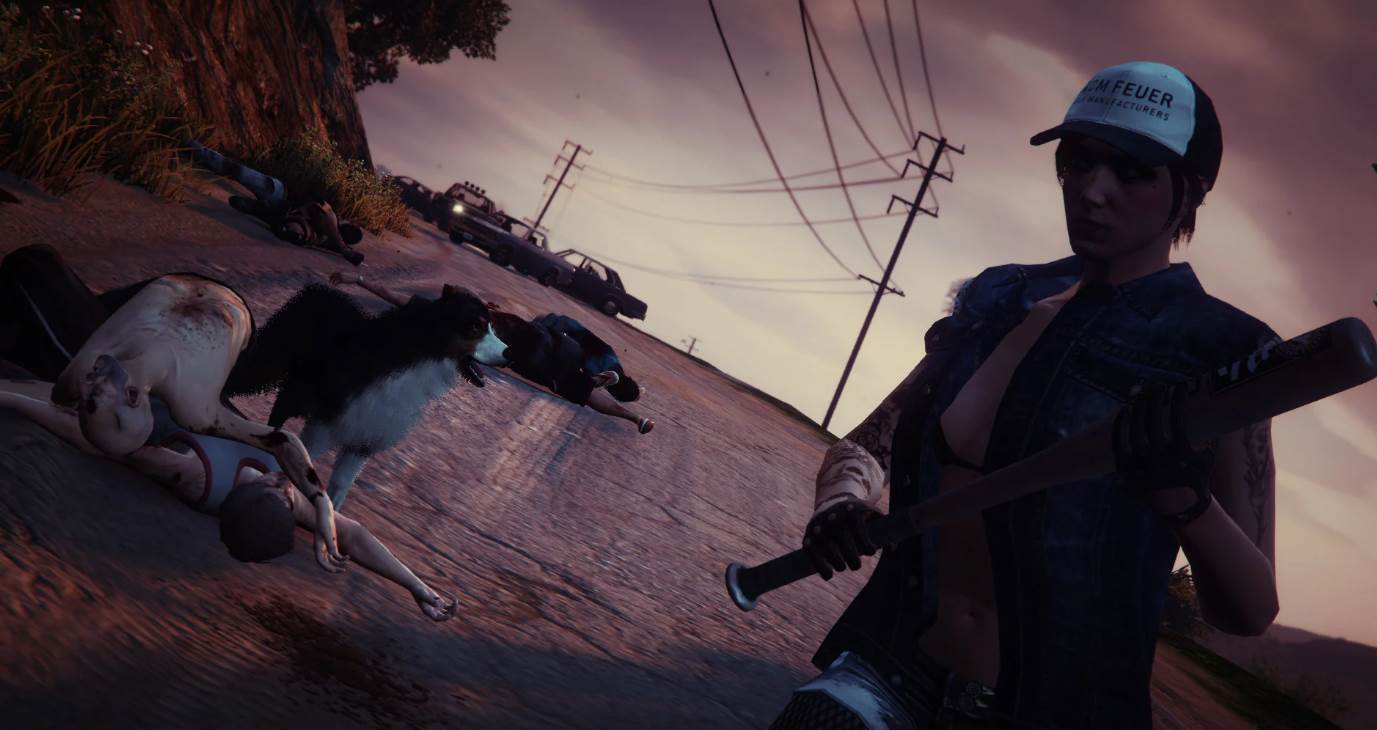 In 2010, Rockstar gave us Red Dead Redemption: Undead Nightmare, which has given us plenty of time to build up a hunger for more zombie-themed games from the studio.

For GTA 5, Simple Zombies turns the Los Santos zombie outbreak into a mini-survival sim. Players must build shelters to protect themselves, manage their health and food supplies, and recruit fellow survivors scattered throughout the zombie-infested landscape. Playing this mode can be terrifying, but it’s also a lot of fun. 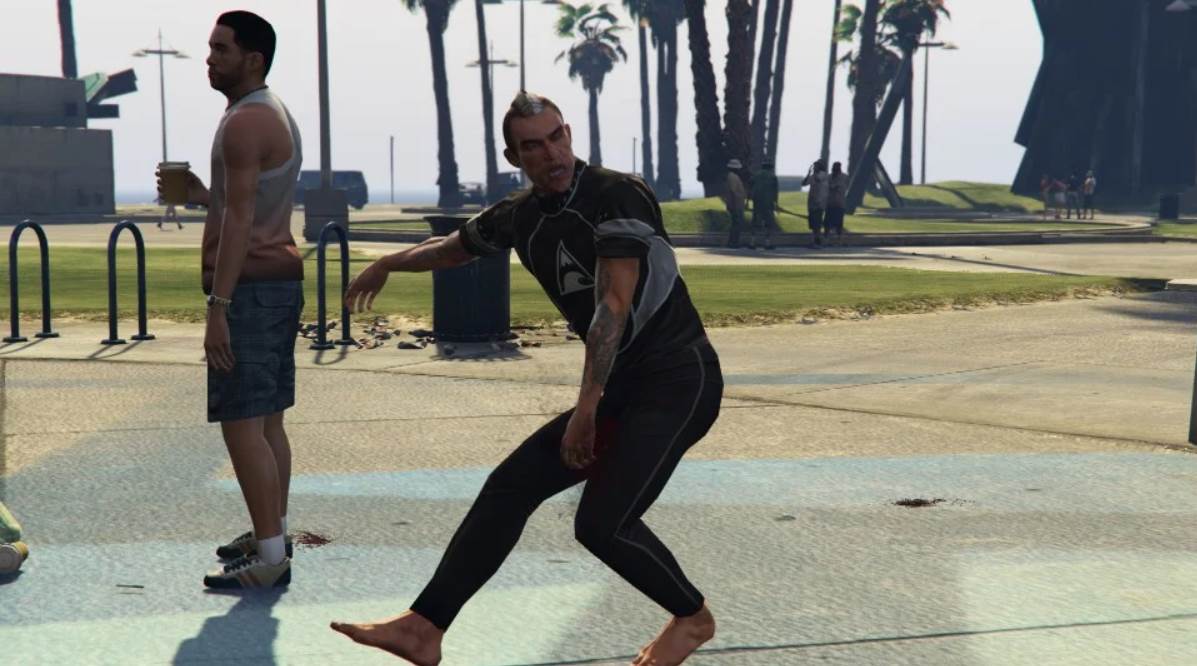 GTA 5’s ragdoll physics were never quite up to snuff compared to other Rockstar games like Red Dead Redemption, Max Payne 3, and GTA 4.

As a result of this overhaul, Euphoria Ragdoll’s physics are reworked in an effort to bring them into line with those of other popular video games. Slapstick comedy is never better than it is in this mod, making it an essential addition to your collection. 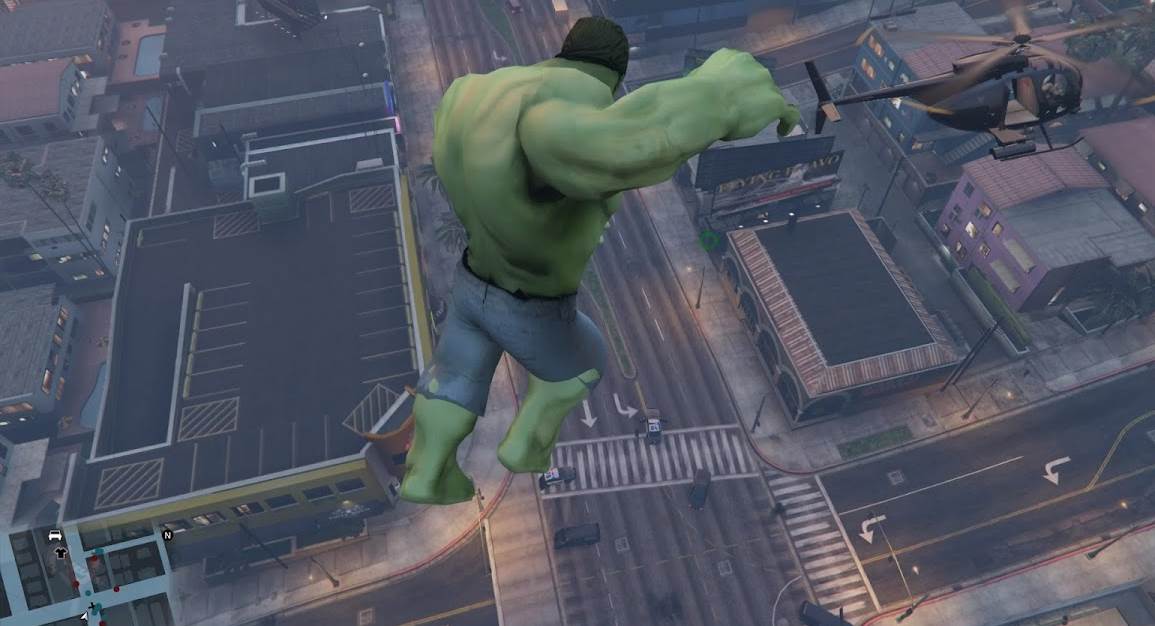 Bruce Banner transforming into a green rage monster and wrecking havoc across the city is the perfect metaphor for unleashing anger in video games.

This Hulk mod allows you to soar through the sky as Hulk, grabbing and throwing cars at will, and generally terrorizing the people of Los Santos. When the military arrives, things really begin to get interesting. 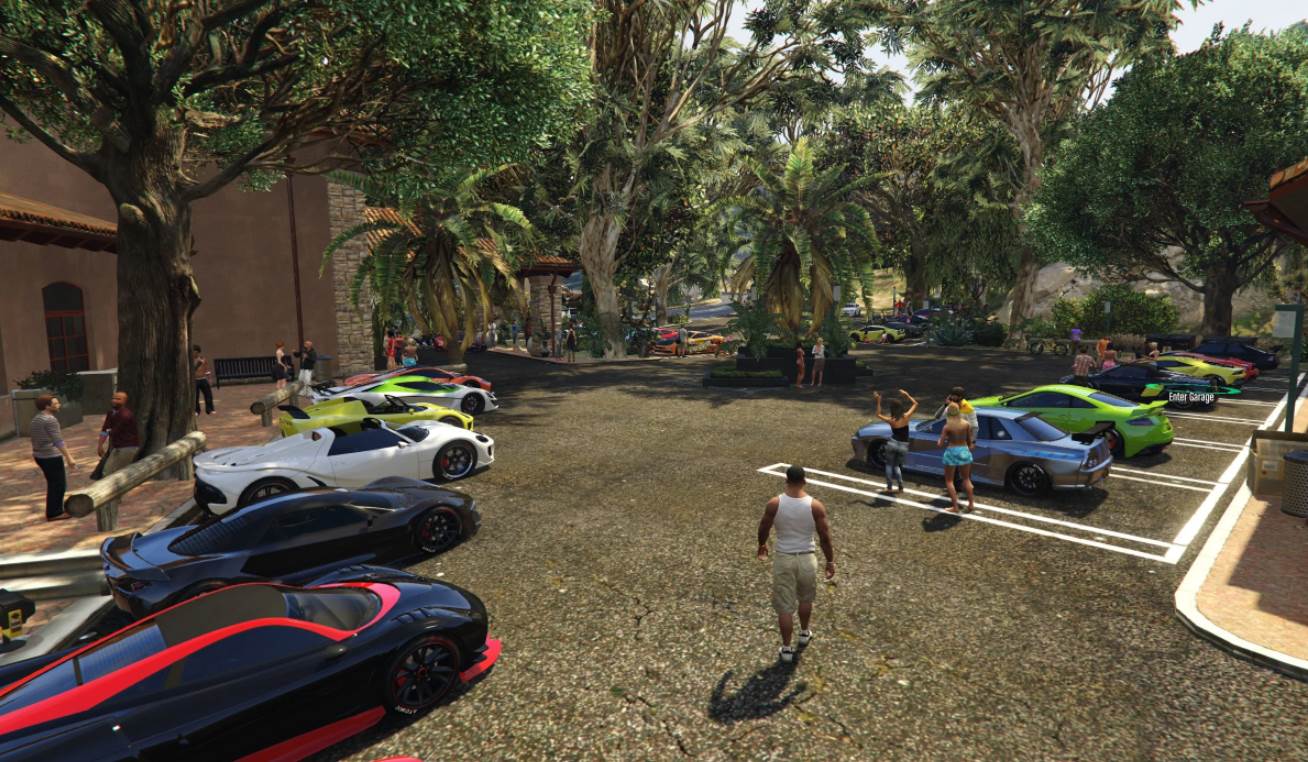 When it comes to Grand Theft Auto 5, materialism reigns supreme for Michael, Franklin, and… er, I’ll let you decide which character, Trevor, falls into this category.

A country safehouse with car parks, helipads, and airplane runways would be even better than your fancy apartment.

You can even throw Great Gatsby-style parties in the bar. There’s a military fighter jet stashed away in your garage, so make sure no one has access to it. 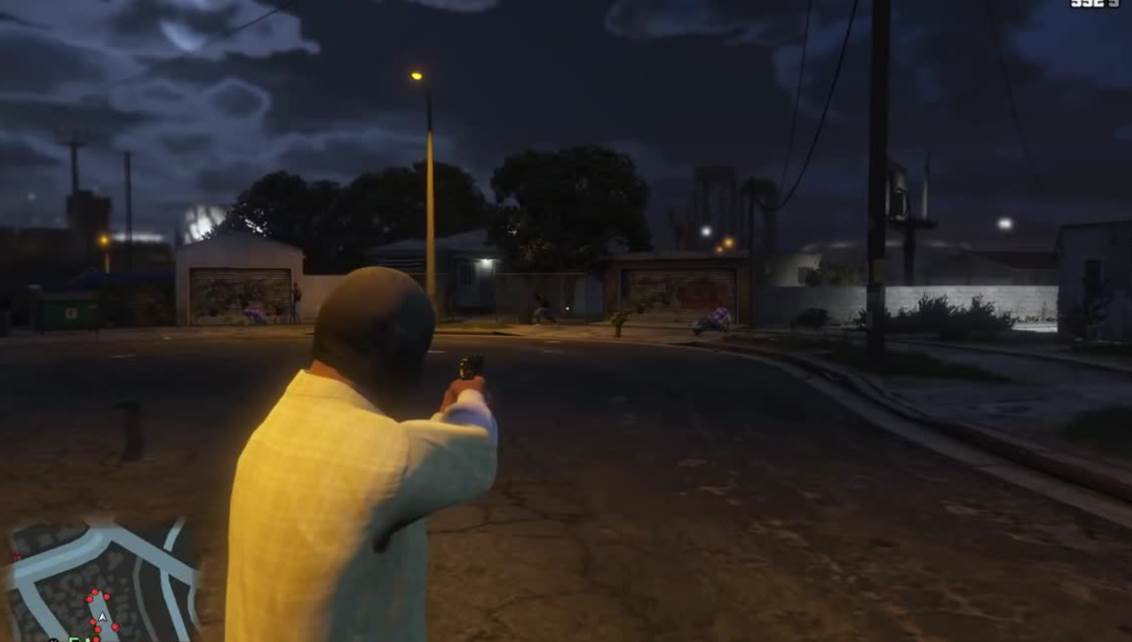 Because the central tenet of Superhot is that time only moves when you do, someone had to see what would happen if you applied that to Grand Theft Auto V. To put it mildly, the outcomes are quite impressive.

Angerous Trevor, not an enlightened revolutionary, and innocent police officers are your targets in this version of the Matrix. It’s not quite The Matrix, but it’s still a lot of fun to experience Rockstar’s urban jungle in Max Payne-style bullet time.

How to Install GTA 5 Mods on PC

If you’ve never installed a GTA 5 mod before and are looking through this list, you may be wondering where to begin and how to install GTA 5 mods on PC. Use this step-by-step guide after installing any mods you have downloaded.

Unfortunately, copying and pasting the downloaded files isn’t enough to get GTA 5 mods working on a PC. To get started, you’ll need to download Script Hook V and the GTAV LUA Plugin from the official websites. This is where we’ll begin: Script Hook V.

Further, in order to install the mods on their own, make sure you read the instructions regarding that specific mod. However, the main thing should be the same. Since now you know about how to install mods in GTA V, install any one of the best mods given in the list and enjoy GTA 5.

Well, these are the best GTA 5 mods you can use to enhance your gameplay experience along with how you can install them. We hope you enjoyed this guide. Check out this guide if you want to get GTA 5 mods on Xbox One without USB. If you liked this, make sure to check out the best mods for Cyberpunk 2077 and Elden Ring. 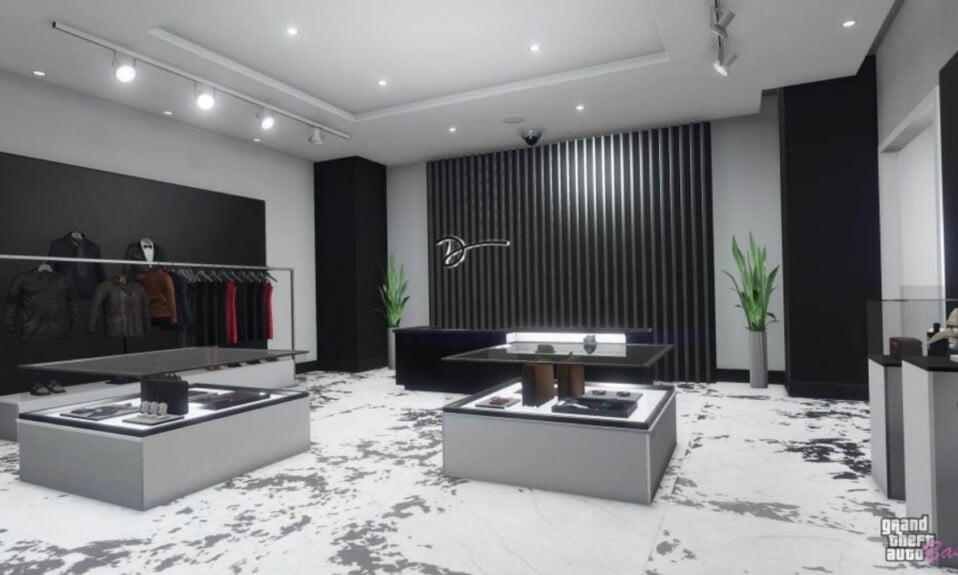 How To Get GTA 5 Mods on Xbox One Without USB 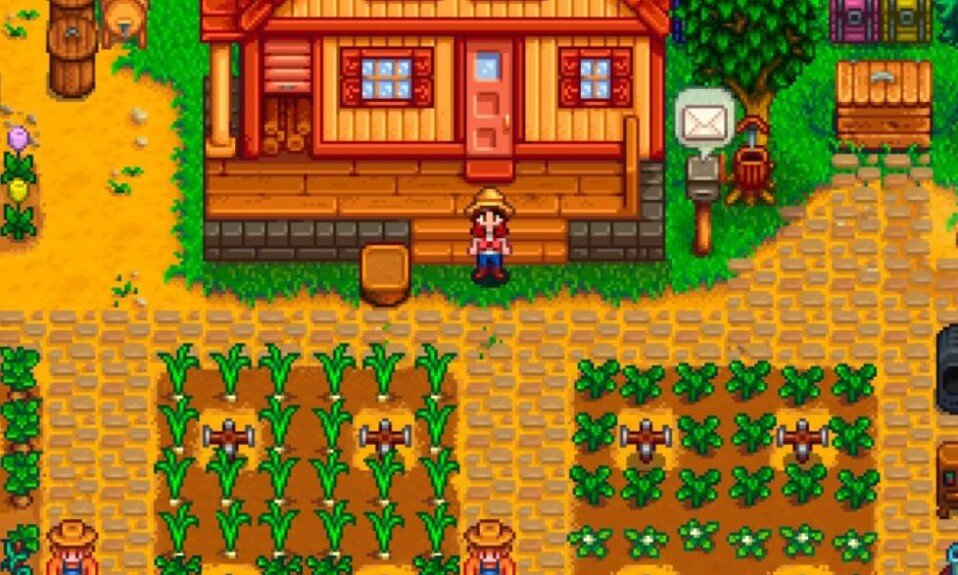 How to Get Leather in V Rising

Published on 4 hours ago 1 min read