Horizon Zero Dawn is an ideal game for a successful trophy hunt. The trophies in Horizon Zero Dawn are geared towards completing the game in its entirety, which is typical of open-world games.

Doing side missions and finding various collectibles are all part of completing the story. Maps of collectible locations are available for purchase in-game from merchants.

Meridian City’s collectible merchants can be used to exchange the few items players have collected for some nice in-game rewards. Gear like the Shield Weaver Outfit makes you virtually indestructible (absorbs all damage).

As you progress through the game’s main quests, keep an eye out for the five power cells necessary to obtain the Shield-Weaver Outfit trophy. 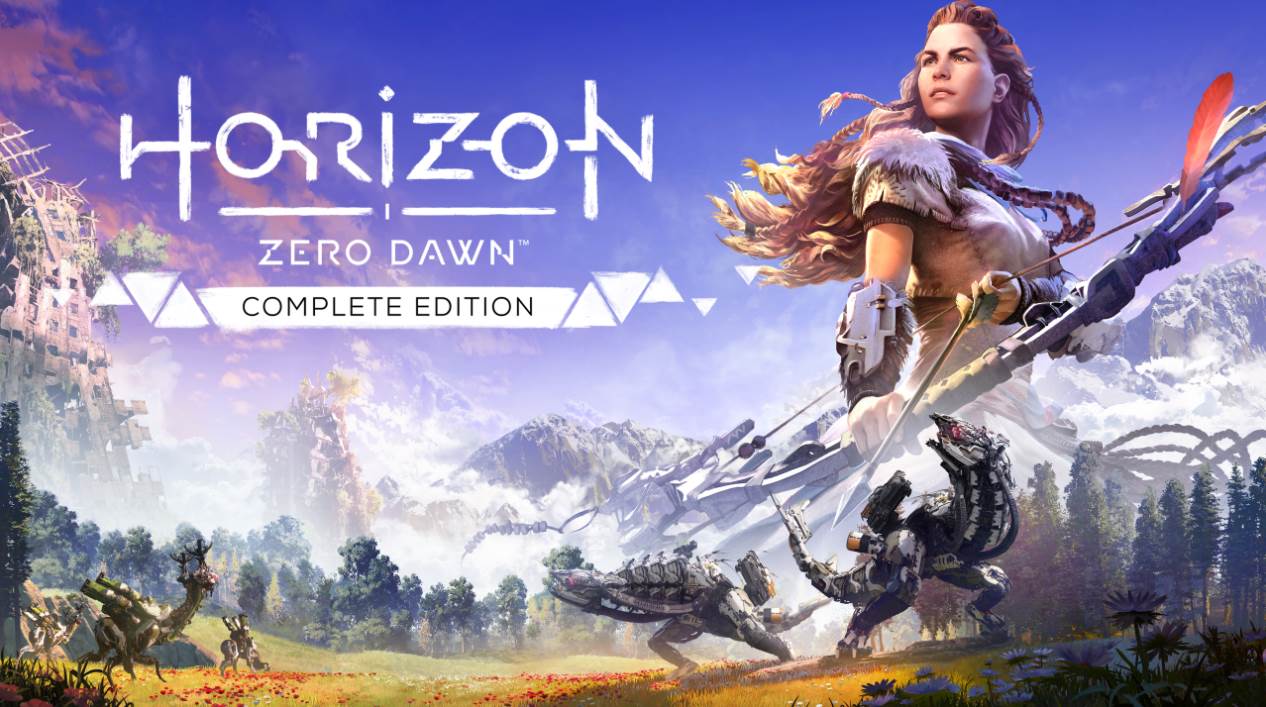 Step 1: Play Story up until Main Quest “The Looming Shadow”

As a first step, complete “The Looming Shadow,” the story’s centerpiece. That’s the last story mission at the end of the game. Don’t press the start button just yet. Because of the “All allies joined” trophy, this is important.

You must complete certain side quests (see the trophy “All allies joined”) in order to have all of your optional allies join you in the final battle. The final quest can only be started once you have completed all of the optional allies.

The final mission can be replayed as many times as you like if you have already completed it. After completing the story, you’ll still be able to get the trophy for all of your allies. As a result, your conversational choices have no bearing on your allies.

Keep an eye out for the five Power Cells while completing the main quests. Four of them can be found in the main quest areas. Even after you’ve completed the story, you can return at any time to obtain them. It will save you some time if you get them as soon as possible. For the “Shield-Weaver outfit” trophy. This outfit makes you indestructible. If you can, get it as soon as possible.

Do not be afraid to engage in side activities like clearing Bandit Camps or collecting Cauldrons if you find any. Play the game in any way you like.

Step 2: Get all Optional Allies, Collectibles, and Side Activities

In order to complete “All allies joined,” complete all 11 side quests before the main “The Looming Shadow” quest begins. It doesn’t matter what you say or don’t say in a conversation.

Complete the remaining side activities, including collecting all of the collectibles and destroying all of the bandit camps. After completing the final mission, you’ll be able to do these things again because you’ll be in free-roaming mode.

The final mission can also be replayed multiple times. You have all trophies except for the final story trophy in the best-case scenario, and all of your allies have joined your cause.

Once you’ve completed all of your allies’ side missions, it’s time to complete the final story mission. This should give you the remaining trophies and the platinum.

After you’ve completed the story, you can go free-roaming and find anything else.

Finished the game and earned every trophy in Horizon Zero Dawn. To earn platinum, you must complete all other trophies.

You have to stealth kill 10 machines. To begin, you’ll need to purchase the Prowler skill tree’s “Silent Strike” ability. It has a 1-skill-point price tag. Press R1 to take out your foes as you sneak upon them.

You can also hide in tall grass and entice them to find you (throw stone or use Lure Call skill). Use the Silent Strike when they are within striking distance. On weak machines, such as watchers in the beginning region, this works best.

Strike from Above should be used to take out 3 foes. The Prowler’s “Strike from Above” skill is required. You must have unlocked the Silent Strike skill in order to use this ability.
The R1 button prompt will now appear whenever an enemy is standing below you.

To perform a drop kill, press R1. Watchers in the starting area are ideal targets for this tactic. If you want to get them to fall, you can throw rocks at them. Throw a rock from a high vantage point and wait for the enemy to approach.

Remove 10 components during combat from machines. The larger the machine, the more combat-ready it is. A component will come off if you damage it severely enough. To focus-scan for weak components, press R3. Using Tearblast Arrows from the Sharpshoot Bow is the quickest way to accomplish this goal (Blue or Purple).

No matter how much health it has or how large the machine is, any component that you hit is instantly knocked off. Meridian City is a good place to find this bow, among other places. Take aim at the big machines (marked on the map) and detonate their components. At the Sun Furrows Hunting Grounds, there are a lot of them.

This trophy is likely to be unlocked without any effort on your part. In the game, you’ll come across many machines that contain components, and you’ll eventually come across some components.

Destroy 10 machines that are weak to fire while burning or weak to ice while frozen.

It’s practically impossible to miss this trophy. At the end of the story, you must use a cannon that inflicts fire damage on a large number of machines. In this case, winning the trophy should be a no-brainer.

Use of the Shadow Sling’s Freeze Bombs or Fire Arrows will also result in this. To see if an enemy is vulnerable to fire or freeze, press R3 to scan them. It’s not enough to use one fire arrow or freeze bomb.

When you hit them, a circle appears above the enemy. It will begin to work once the circle is completely filled up. After that, you’ll be able to see the enemy burn or freeze.

Over a short period of time, fire can inflict a significant amount of damage. Because their entire body becomes a weak point when hit by ice, some enemies can be shattered in a single blow.

You must unlock and use overrides for at least 7 different types of machines.

Cauldrons must be completed to gain access to new overrides (dungeons). While climbing the Tallnecks, you will see Cauldrons marked on the map. There are just four of them.

Using your newfound powers, sneak up on and hold Triangle to override seven different types of machines. The machines cannot be overridden if they are alerted.

As the name suggests, you have to kill 30 human enemies by shooting them on their heads. Concentration is an excellent choice for this situation (Brave skill tree).

While aiming, time slows down by one skill point. Shoot 30 human enemies in the head with your bow. Bandit camps are a good place to look for them.

In the Nora region, find and knock all Grazer training dummies.

Coils for weapons and clothing Weave drops from enemies are common, and they can be purchased from traders (the tougher the enemy, the higher the drop rate). You can find them in your inventory under “Modifications.” Take everything you can from defeated foes and you’ll find a slew of mods.

To access the crafting menu, simply press Touchpad. Make a modification to a weapon or outfit of your choosing and insert it into the weapon or outfit. A word of caution: some add-ons may not work with all weapons. Some can only be used with a specific type of weapon. It’s best to wait for another mod or buy a new weapon if you can’t modify your current weapon.

Is Horizon Hard to Platinum?

One of the best PlayStation exclusives ever and a joy to complete, Horizon Zero Dawn is for you. The trophies aren’t that difficult to obtain. All of the Hunting Ground Trials can be completed with relative ease.

If you have any issues, come back later when you’ve gotten better. Free-roaming after the story has been completed, you can still hunt for collectibles and engage in other side activities.

How Long Does it Take to Platinum Horizon Zero Dawn?

Reaching platinum in Horizon Zero Dawn should take around 52 hours if you are a completionist. In contrast, if you are not into completing everything, you cannot achieve platinum.

Keep in mind, DLC is not required to get platinum. Further, there are a total of 58 trophies you need to collect in order to get platinum. Also, check out, how long will it take to beat Horizon Zero Dawn?

Are Any Trophies Missable in Horizon Zero Dawn?

Unfortunately no, you cannot miss any trophies in Horizon Zero Dawn if you wish to get Platinum. As you progress through the game’s main quests, keep an eye out for the five power cells necessary to obtain the Shield-Weaver Outfit trophy. Further, there are a total of 58 trophies you need to collect in order to get platinum.

In Horizon Zero Dawn, players are allowed to choose from four different levels of difficulty: Easy, Normal, Hard, and Very Hard (the most difficult setting).

Well, that’s all we have here with the Horizon Zero Dawn Trophy Guide. We hope this guide helped you. We also discussed the different trophies you can acquire by playing certain missions. 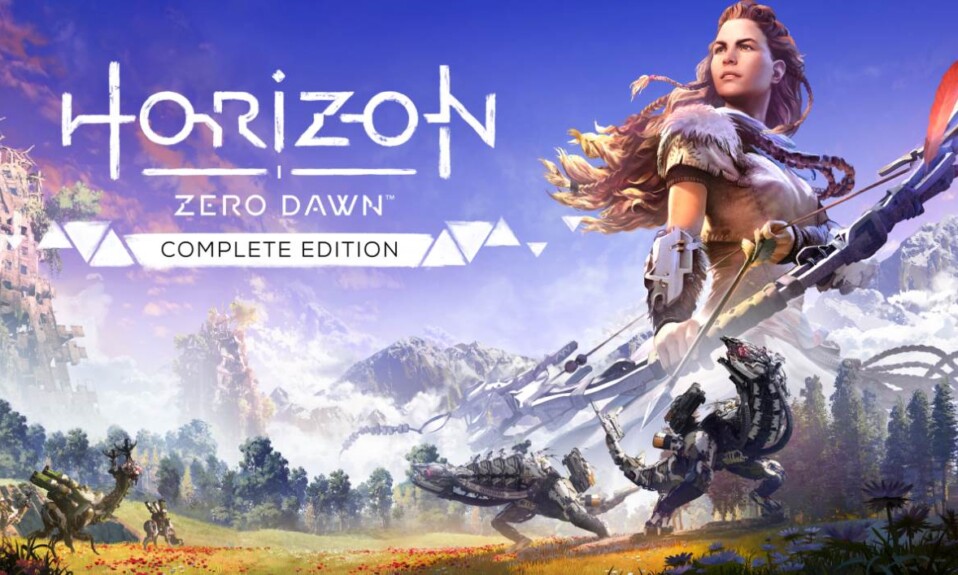