You’ll have to make a lot of tough decisions in Wartales to survive the harsh lands, and a lot of them start with classes. Do you repair your gear in the field or wait until it’s less expensive to do so in town? Do you take medicine or wait until you can get to an apothecary to get help? Is it necessary to have a dedicated Miner in the group, or should you have a one-use novice?

The combat composition of your Warband is something you should keep in mind. While certain classes have their uses, we wouldn’t want to be in a party with Spearmen or Brutes. Your class composition must be balanced, and we’ll go over how to do that in this guide so you can get a head start in Wartales’ early game, which can be quite difficult. 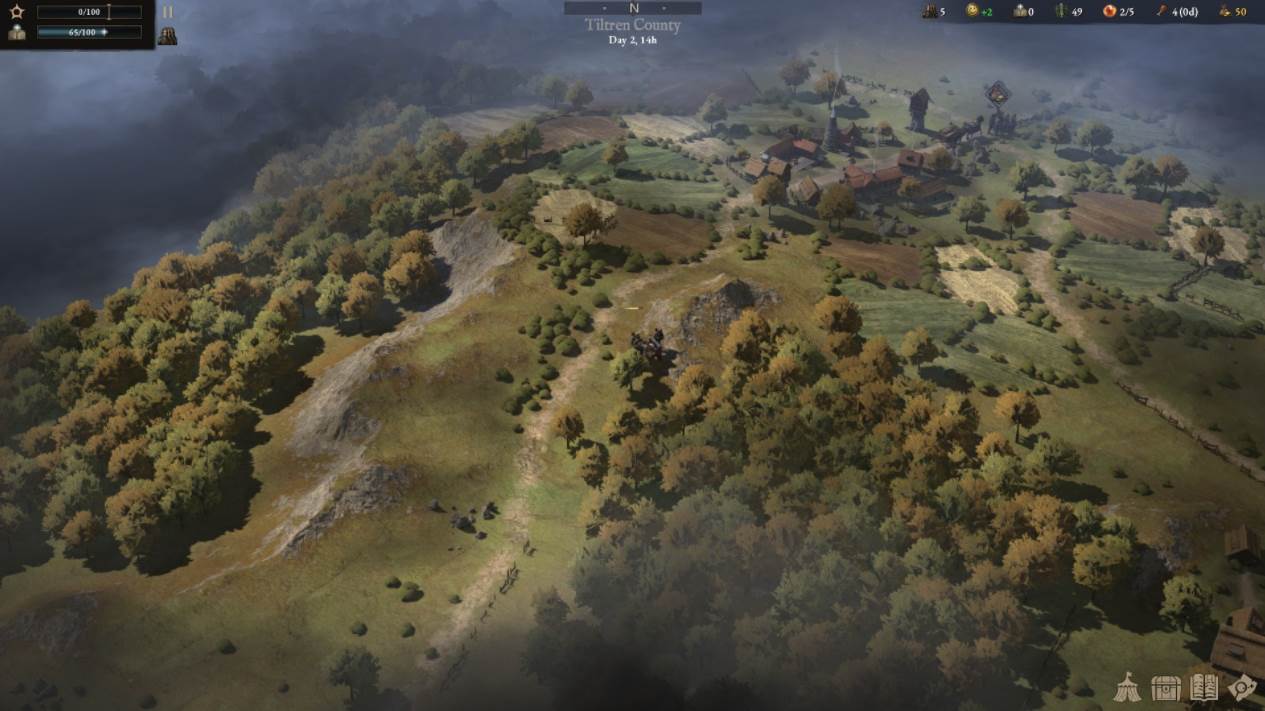 The base character classes in Wartales are Archer, Brute, Ranger, Spearman, Swordsman, and Warrior. We will discuss them in detail below. 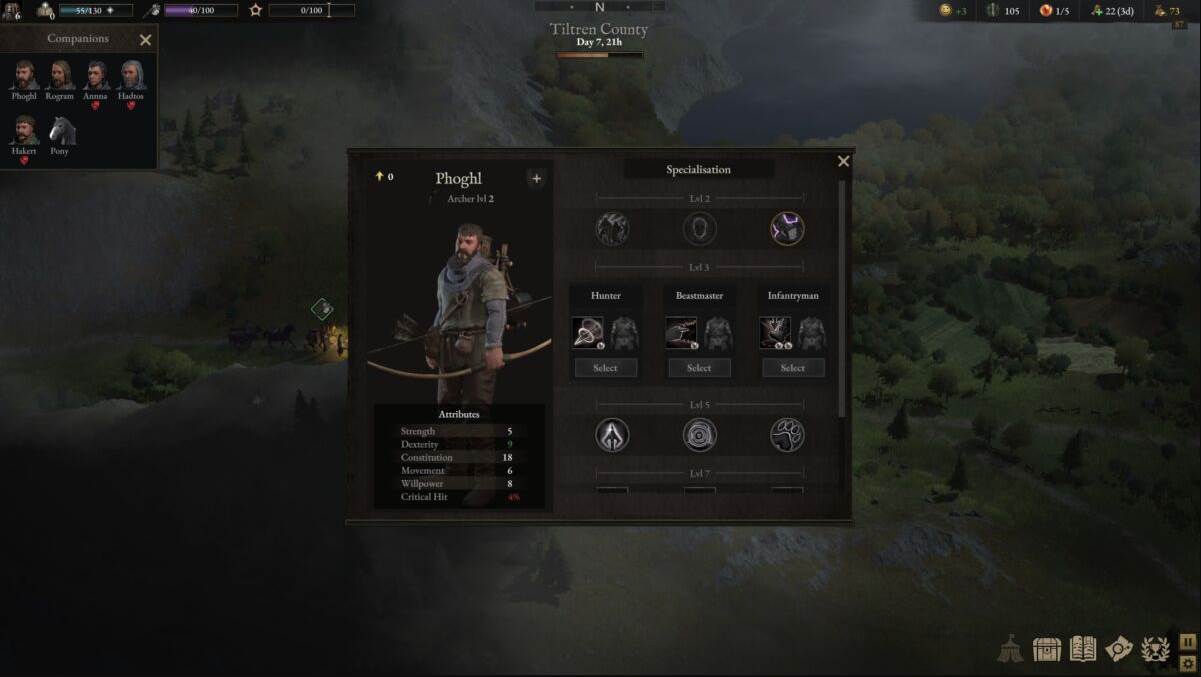 Archers are your ranged units, and they’re great at inflicting damage from afar, weakening enemies in the early stages of combat before your more frontline troops close the gap.

In that sense, archer classes are more like support characters than brutes or swordsmen, and they’re great for setting up the battlefield or channeling enemies along specific paths in combat.

It’s important to remember that firing into the fray with a party member in the line of fire can result in friendly fire, so position your archer and front-line troops accordingly. 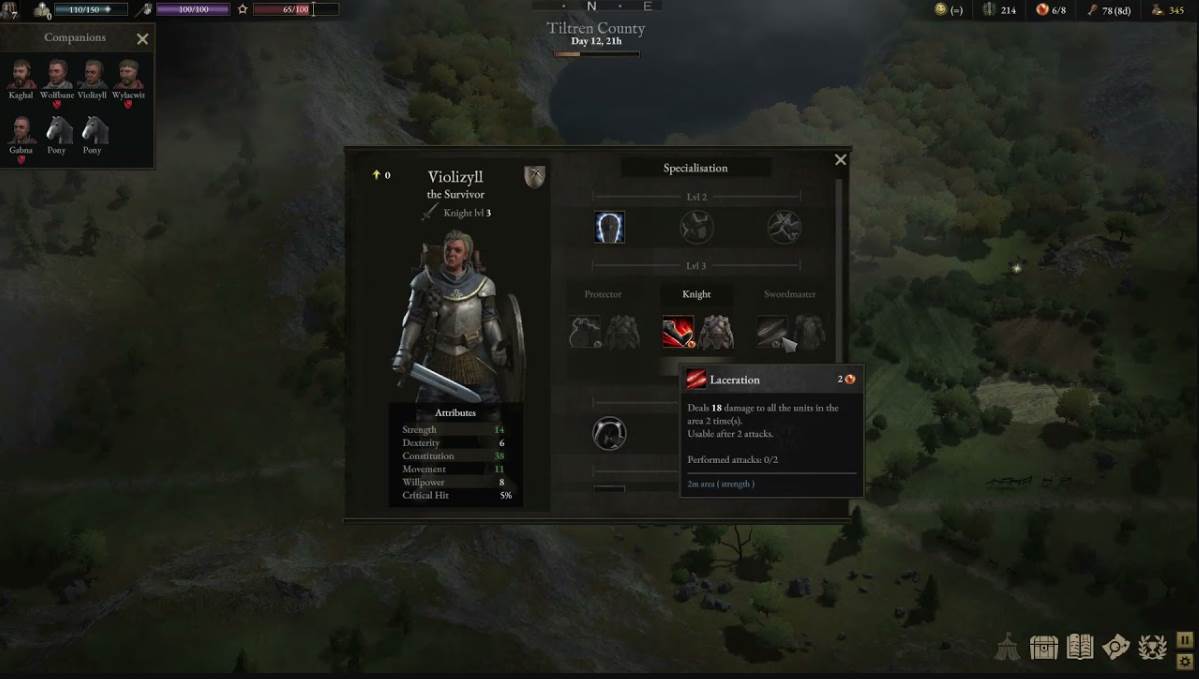 The brute is a fighter who resembles a bruiser. This class thrives in the heat of battle, typically wielding two-handed weapons and employing sweeping area attacks.

Brutes are better suited to heavy armor and fighting right in the middle of the action, where their crushing Warhammer or battleaxe blows can make the most of their abilities.

Because of their arcing attack range, brute classes should be carefully placed in combat to avoid striking your other troops who are grouped too close to enemy combatants. 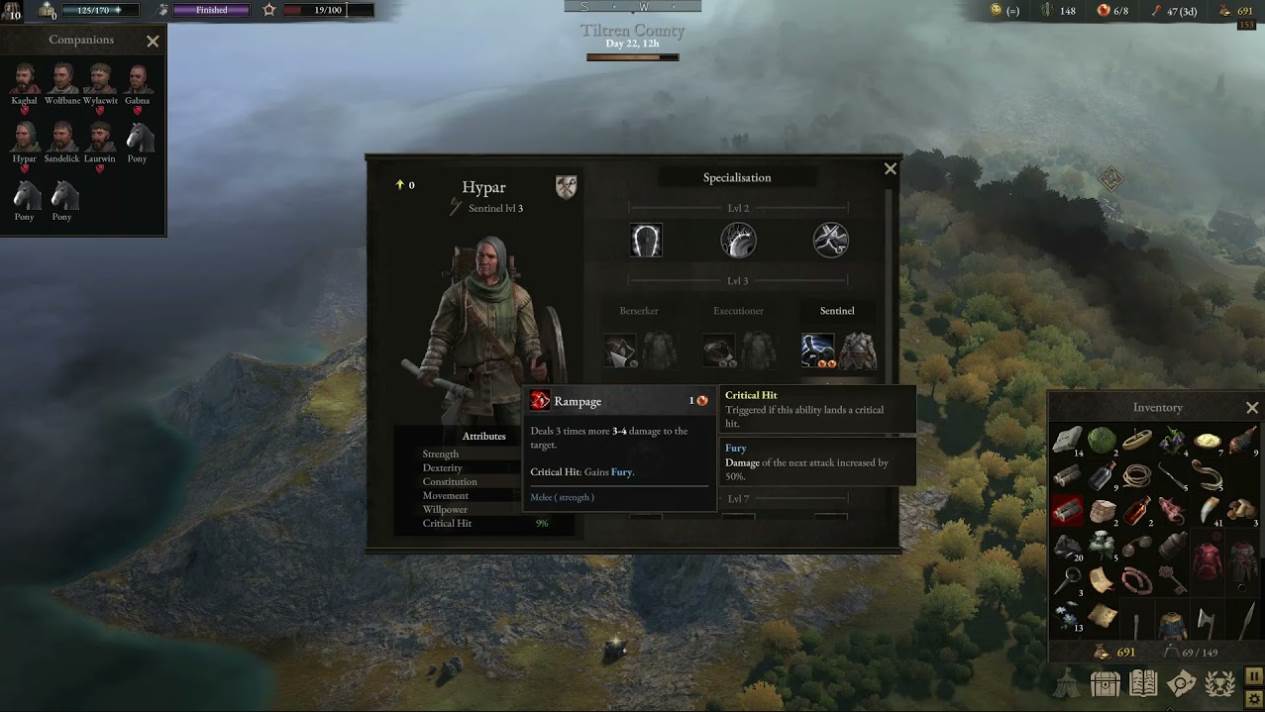 Rangers are a fast-hitting, versatile class with high damage output. They’re best used for hit-and-run tactics, such as attacking enemies who are already engaged in combat from behind.

In our experience, they work best as an assassin wielding a dagger and throwing knives, and would fit into a support role similar to the archer.

With ranger classes, we like to emphasize critical hit change, along with a dagger for poison damage on enemies once their armor has been broken by another party member. 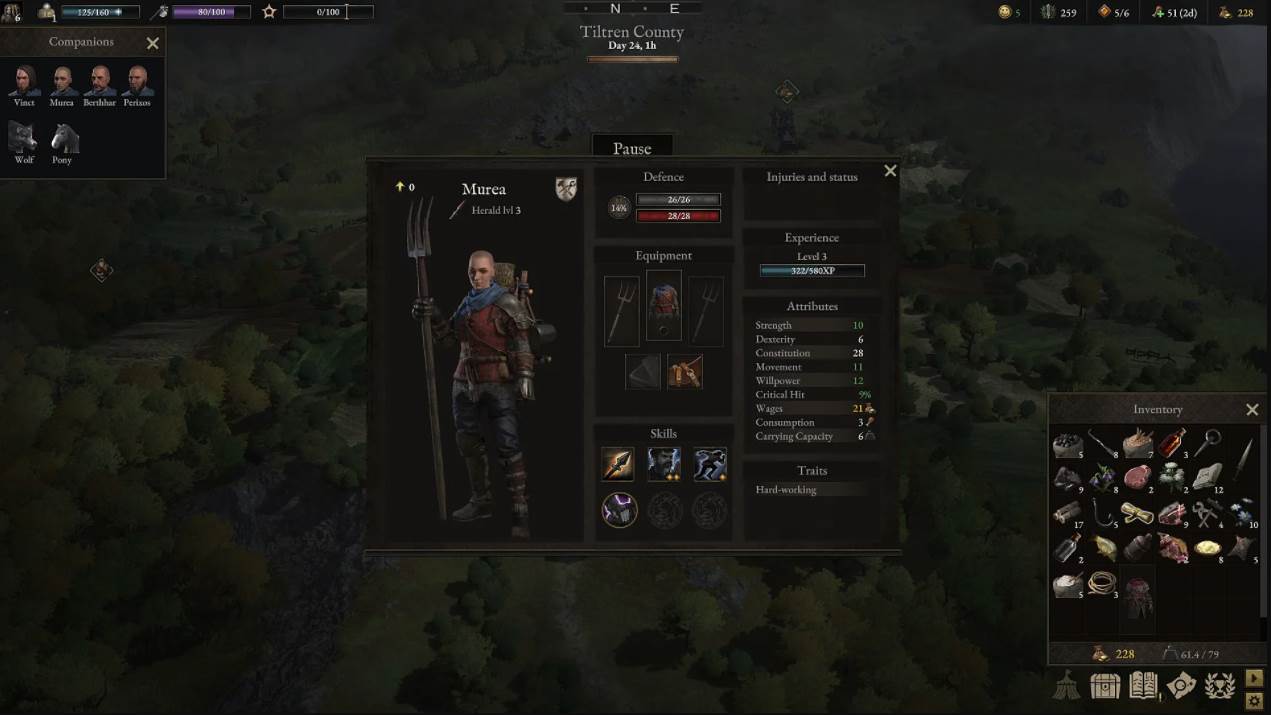 Every party should, without a doubt, include a spearman. This class doesn’t have the best armor, making them a little squishy, but they make up for it with high damage and useful abilities, such as the ability to strike enemies while your other forces are engaged.

This can be used tactically to distract enemies from your troops so they can heal themselves or heal others without triggering an opportunity attack.

This class also works well with your archers, and their wide striking range can be used to create movement choke points. 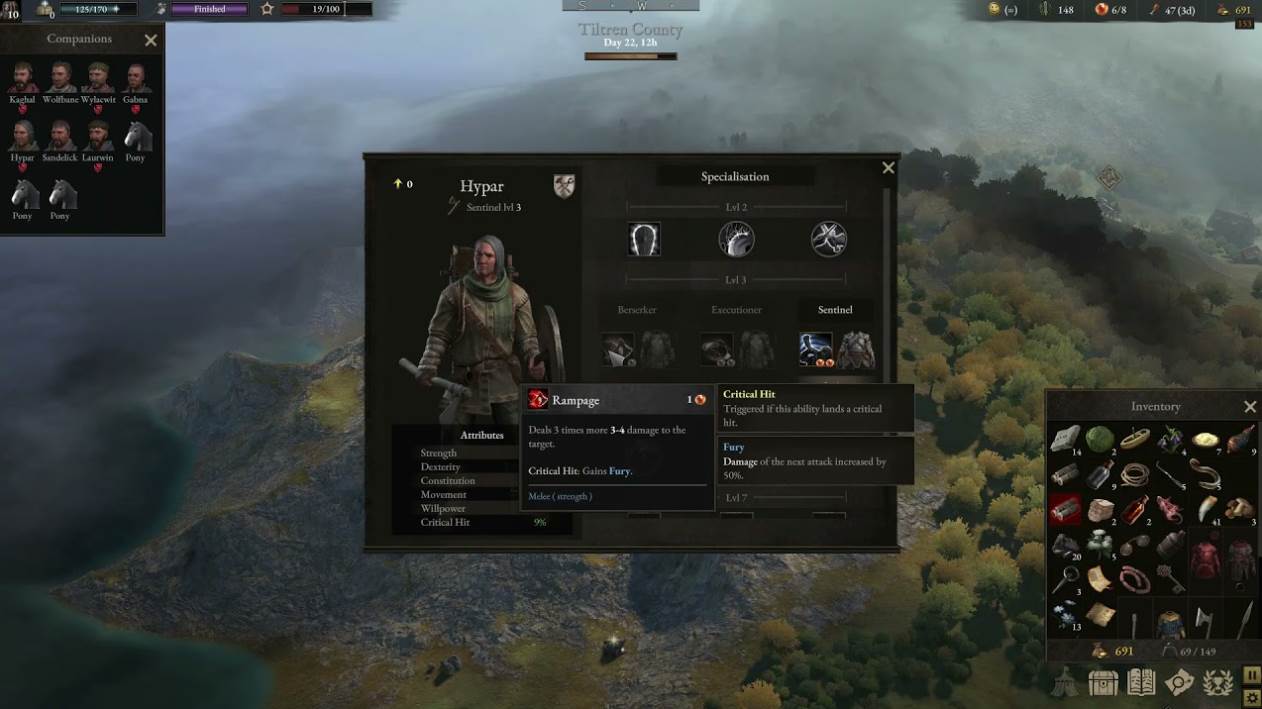 Swordsmen are versatile fighters with a variety of skills. They can equip themselves with heavy armor to absorb a lot of damage while also dealing it out with a sword and shield or two-handed swords.

These classes also benefit from the first aid ability, allowing them to help their comrades and clear debuffs from battle due to their large movement range, which is only matched by Rangers. 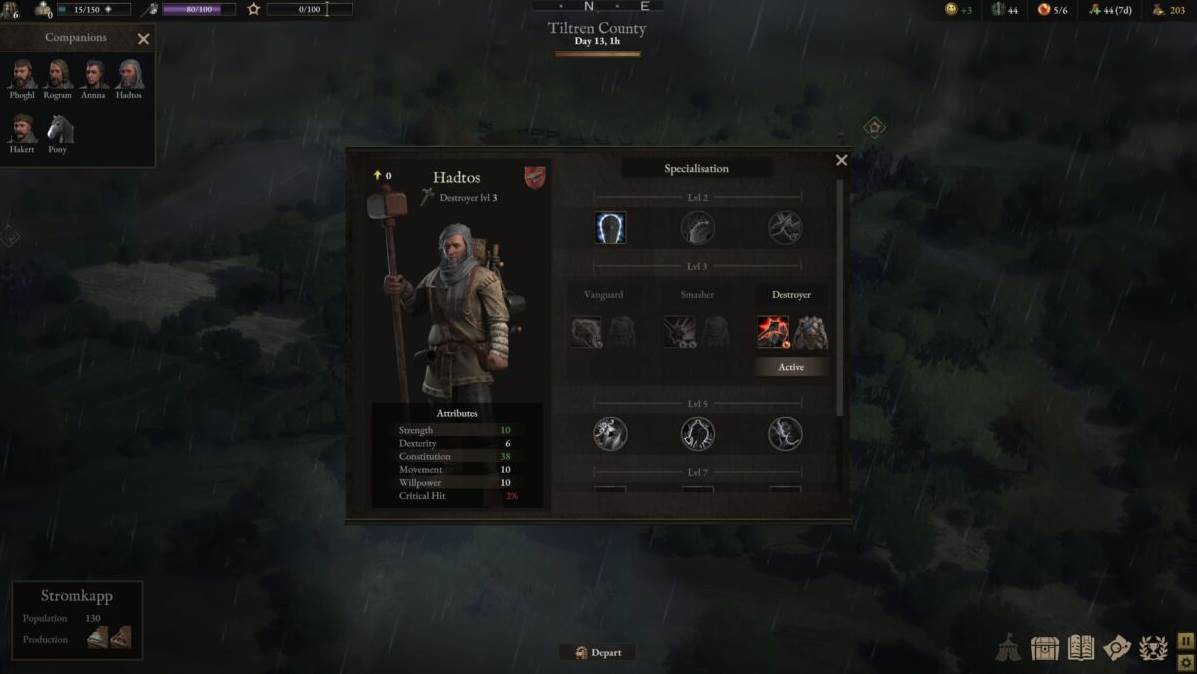 Warriors are a cross between the brute and swordsman classes. They have a high damage output and are best suited to an offensive role on the battlefield, though they can also serve as a “tank” if necessary.

Warriors are one-handed or two-handed axe wielders who specialize in area-of-effect damage or more “dualist” combat.

Now that you’ve learned about the Wartales base classes, you can mix and match until you find the perfect party composition for your playstyle.

Well, that’s all we have here about the different classes in Wartales. We hope after reading this guide, you will be able to create the best Warband composition. 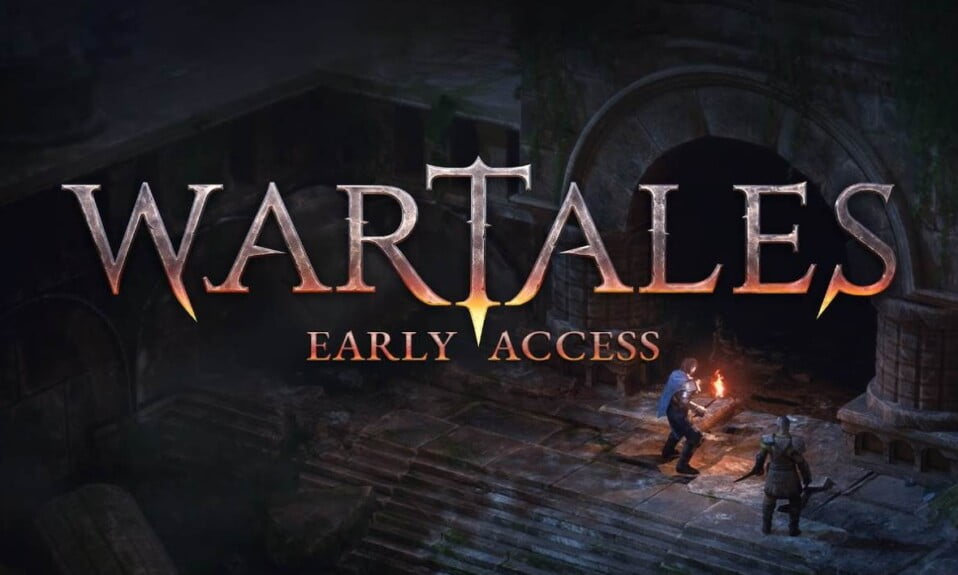 Wartales Tips and Tricks Guide for the Early Game