Vampire Survivors is a timed survival game in which the player must survive for at least 30 minutes. However, getting there can be extremely difficult, particularly if you’re new to the game. The key to winning a run is to grab weapons that can evolve into much more powerful weapons, as well as any accessories that are required for the evolution or can increase your damage. 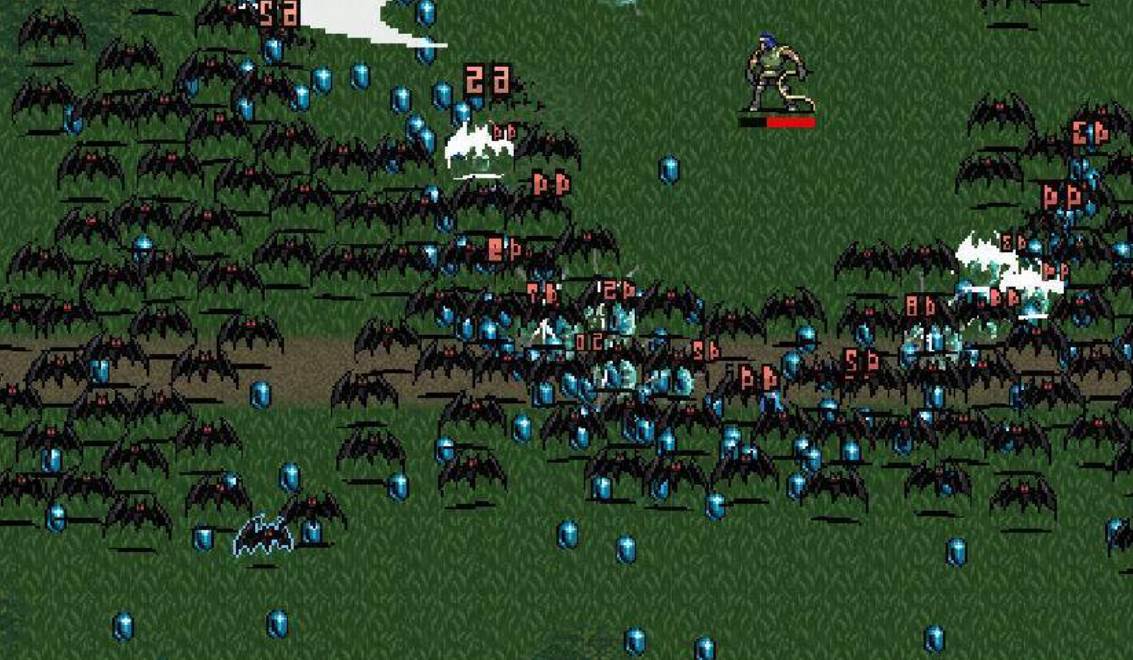 The axe is thrown above the player before descending. Every new level unlocks a new axe, increases its base damage by 20, and allows it to pass through two additional enemies.

Because the axe is so large, the chances of it hitting a target while being thrown up or moving down the screen are extremely high.

It goes well with anything that boosts its AoE. The axe can evolve into the Death Spiral, a weapon that fires 12 scythes outwards from the player in a circle, hitting anything in their path.

This weapon circles you, inflicting damage on any enemies who come into contact with it. You only have one book at level one, which will go on cooldown and disappear for a short time before reappearing.

It will get faster as you level up, and more books will circle around you. Unholy Vespers, its evolved form, is incredibly fast and never cools down, making it a constant orbiting projectile.

The Laurel is a great item to have on any build, even though it isn’t an offensive weapon. The Laurel can protect the player from damage, and the higher the level, the more hits you can take before your HP is depleted.

A projectile is fired from the Magic Wand at the nearest enemy. If the player has the Empty Tome in their inventory, the Magic Wand can evolve into the Holy Wand.

Because the Holy Wand never stops firing projectiles, you now have yet another weapon in your arsenal that will continue to hit enemies. Increasing the damage of this weapon could make it a game-changer in the late game.

This powerful weapon shoots colorful diamonds across the screen, piercing through multiple enemies and hitting them. The Runetracer bounces as well, allowing it to hit anything it missed the first time around.

The Runetracer can cover a lot of ground in a short amount of time, which is beneficial at all stages of the game.

You’ll use the Whip for the first time in the game. As a result, some may believe it is a poor weapon. However, if you evolve the Whip, it can be extremely useful, especially if you can’t find any HP items from the light sources. The Whip evolves into the Bloody Tear, which deals critical damage and drains enemies’ health.

The Empty Tome reduces the cooldown of your weapon by 8%. Early on in the game, you’ll need cooldown reduction because the difficulty will increase and your weapons may not be able to keep up with the onslaught of enemies.

The Hollow heart is required to evolve the Whip, but it isn’t particularly interesting on its own. It gives you a 10% boost in total HP. So, aside from increasing your maximum health, the only reason to pick it up is to obtain the Bloody Tear.

For King Bible to evolve into its much more powerful form, this item is required. Spellbinder increases the duration of weapon effects by 10% with each level, even if it isn’t required for Unholy Vespers.

This means that weapons like the Runetracer will bounce and stay on screen for longer before cooling down.

Your damage is increased by 10% with spinach. Damage is essential in the late game because you’ll be facing more powerful enemies who can take a lot of damage before dying. So giving your attack a boost is a good way to counteract that.

The Best Build For The Green Acres Stage

For this build to work, it is necessary to acquire the primary weapons, but it is also necessary to increase the weapon’s duration and speed. This build relies on both shorter cooldowns and faster movement. This means that the best characters to use in this build are Pugnala, Dommario, Christine, and Poppea, in that order.

Players should use the Crown instead of the Spellbinder if Christine is chosen because it is an improved version of the evolved Pentagram. It is important to remember that if Poppea is selected instead, players will not receive the Skull O’Maniac when leveling up.

La Borra, the Santa Water’s evolved form, is the best weapon in the game if the character has a few key accessories in their inventory. The La Borra creates damage-dosing zones around the player’s feet to deal with any nearby enemies. These zones slowly approach the protagonist.

With the Bracer and Wings attachments, these zones are able to move faster. Fast enough for the zones to converge and overlap around the character with the help of these two accessories. As a result, a damaged area appears as a glowing ring. Even the most powerful bosses in the game succumb to the temptation of this circle.

Vampire Survivors’ two newest weapons, the Phieraggi, have evolved into the Phieraggi. Diagonal-firing firearms include the Phiera Der Tuphello and Sparrow the Eight. Until the player gets the Tiragisu and combines it with the Phieraggi, they’re not the best weapons in the game.

As a result of the Phieraggi’s rotating rays, they can be seen at the screen’s very edge. In order to achieve the fastest possible rotation and firing rate of these rays, this construct was designed in such a way. When this weapon is used in this manner, few enemies survive more than a few seconds.

Phiera Der Tuphello and Sparrow the Eight should be brought to level eight as quickly by players in order to maximize their chances of winning. These two weapons combine and free up a weapon slot once they’ve evolved.

King Bible serves as a shield for the character until the other two primary weapons can be improved and evolved in this build. The Phieraggi and La Borra, which kill the majority of the enemies before they reach the King Bible’s rotating books, will begin to take precedence over this weapon around the sixteen-minute mark.

This build will not work without the Attractorb and Tiragisu add-ons. To evolve the Santa Water, Phiera Der Tuphello, and Sparrow the Eight, you’ll need these accessories. It is unlikely that players will be able to make it to minute thirty if neither of these weapons is evolved.

The Attractorb increases the character’s ability to collect pick-up items and experience gems from enemies. Because of this, the character’s progression is sped up as well. It’s possible that the Tiragisu will come in handy in Green Acres, as it grants the player up to two Revives.

The La Borra’s damaging zones require both the Wings and the Bracer to increase their movement speed. These areas usually move slowly across the floor. With the Wings and Bracer, they are able to close in on the player quickly enough to avoid detection. This build isn’t nearly as effective without these additional components.

Vampire Survivors’ Spellbinder and Empty Tome are two of the game’s best items. Using the Spellbinder and the Empty Tome reduces cooldown times for weapons, respectively. The La Borra and King Bible will benefit from the addition of these accessories, but their primary function is to keep the Phieraggi going.

When the Phieraggi weapon fires, the damaging rays it emits blink. The rays don’t change color as they move around the screen with the help of these two add-ons. The Phieraggi is one of the best weapons in Vampire Survivors because of its constant rate of fire.

Well, that’s all we have here about the best builds in Vampire Survivor. We hope this guide helped you.

Don’t forget to check out our other gaming, troubleshooting, and computing guides. Make sure to check out our best characters ranked list in Vampire Survivors. If you liked this. Furthermore, if you have any questions or suggestions, please use the comment section below to contact us.