Wartales is a punishing open-world role-playing game. Apart from the difficult early-game combat, there’s a lot to worry about before, during, and after the battle, such as troop morale, needs management, and earning enough money to keep your troops paid. As a result, some pointers are in order.

This Wartales guide is intended to assist you in getting through the early game and into the meat of this Early Access RPG, as well as to point out some things that the game may not make clear at first.

This guide was written shortly after the release of Wartales community update #1, which included a number of changes to the game, including the happiness mechanic and some rebalancing. 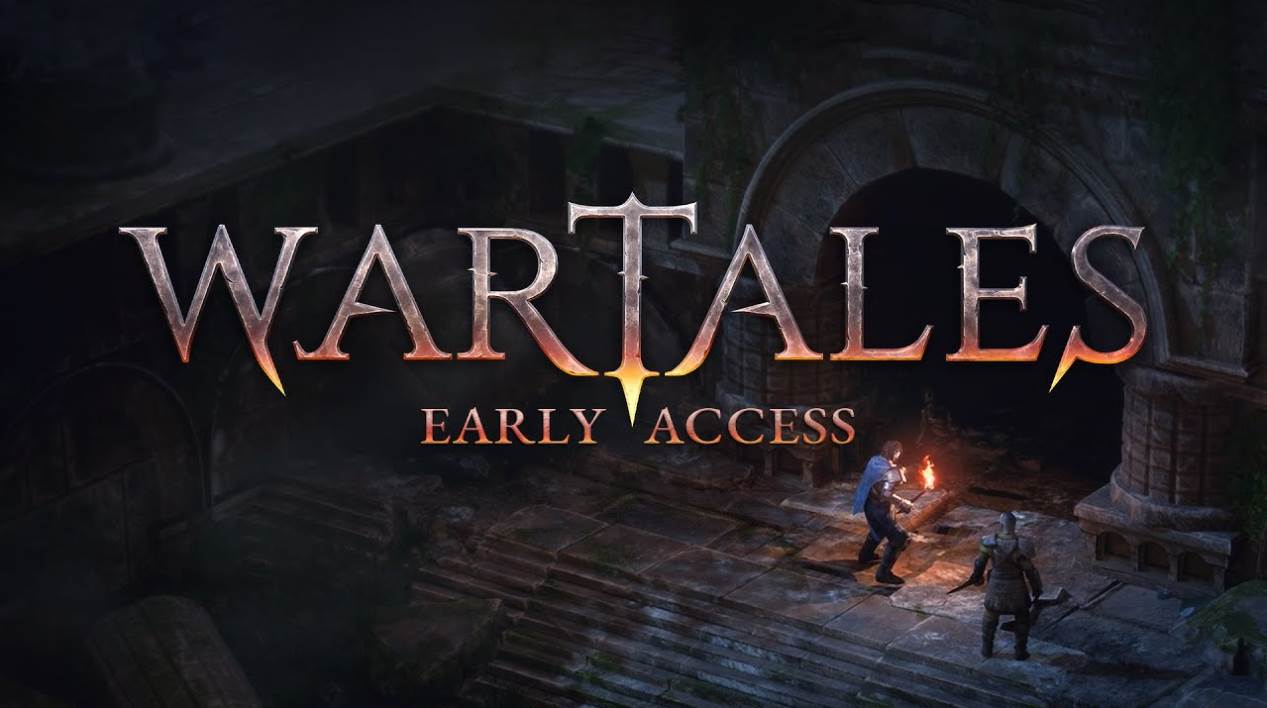 Content Overview ▼
1. Wartales Tips and Tricks Guide for the Early Game
1.1. Get One Class/Party Member With First Aid
1.2. Keep the Current Level Cap in Mind When Creating Characters
1.3. Buy Skills From the Black Market
1.4. Assign Professions Wisely
1.5. Save Money Through DIY; Earn Coin Through Missions
1.6. Upgrading Your Camp
1.7. Related

Wartales Tips and Tricks Guide for the Early Game 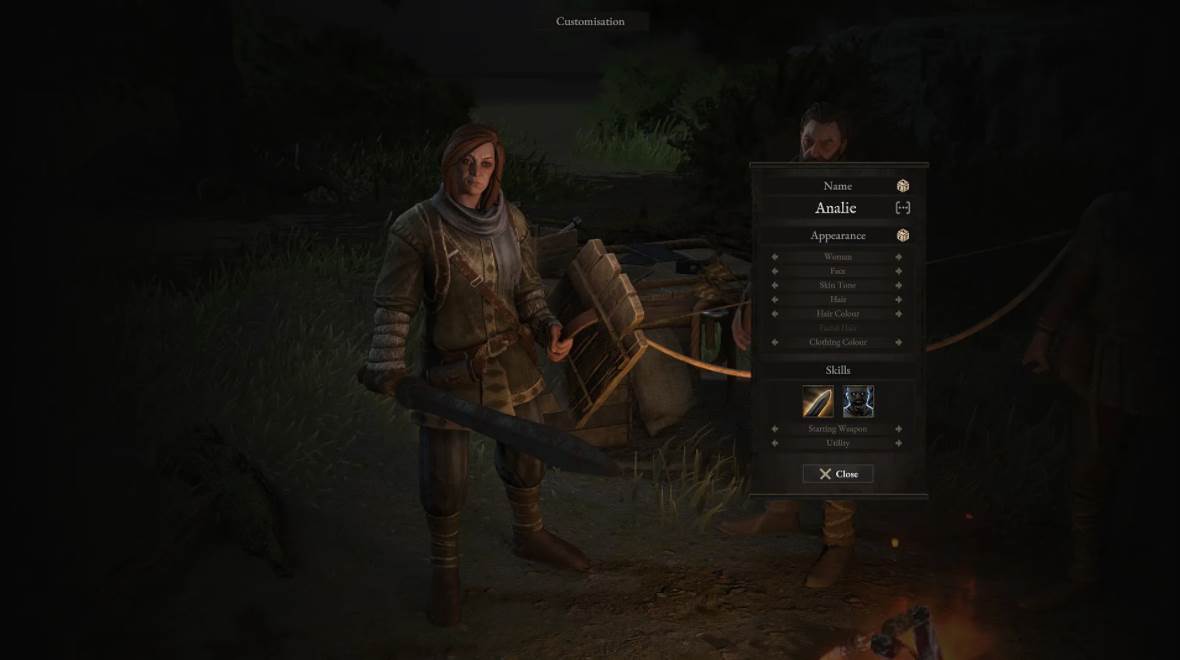 Get One Class/Party Member With First Aid

If you haven’t already done so, you can find our basic class guide here to help you figure out which starting party composition is best for your playstyle.

The ability to choose some of your starting party options, from weapon types to starting utility skills, is one of the new features in the current Wartales update.

We’d recommend that at least one, if not two, of your party members, have the first aid utility skill. Rangers are an excellent choice for this skill because of their high mobility.

Keep the Current Level Cap in Mind When Creating Characters

The current level cap when creating characters is Level 5, with Shiro Games planning to raise it during the next milestone update in Q1 2022.

When it comes to character skill choices, there are still plenty of options, with each of the base classes having three specializations to choose from, giving players a variety of tactical options on the battlefield.

Buy Skills From the Black Market

Once found, you can buy skills from the Black Market bandit camp, giving you another way to give your troops an advantage in battle or teaching non-starting troops skills like first aid.

In our experience, we discovered the black market after leaving the game’s starting county, and skills cost 150 gold, so don’t count on it as a quick fix. 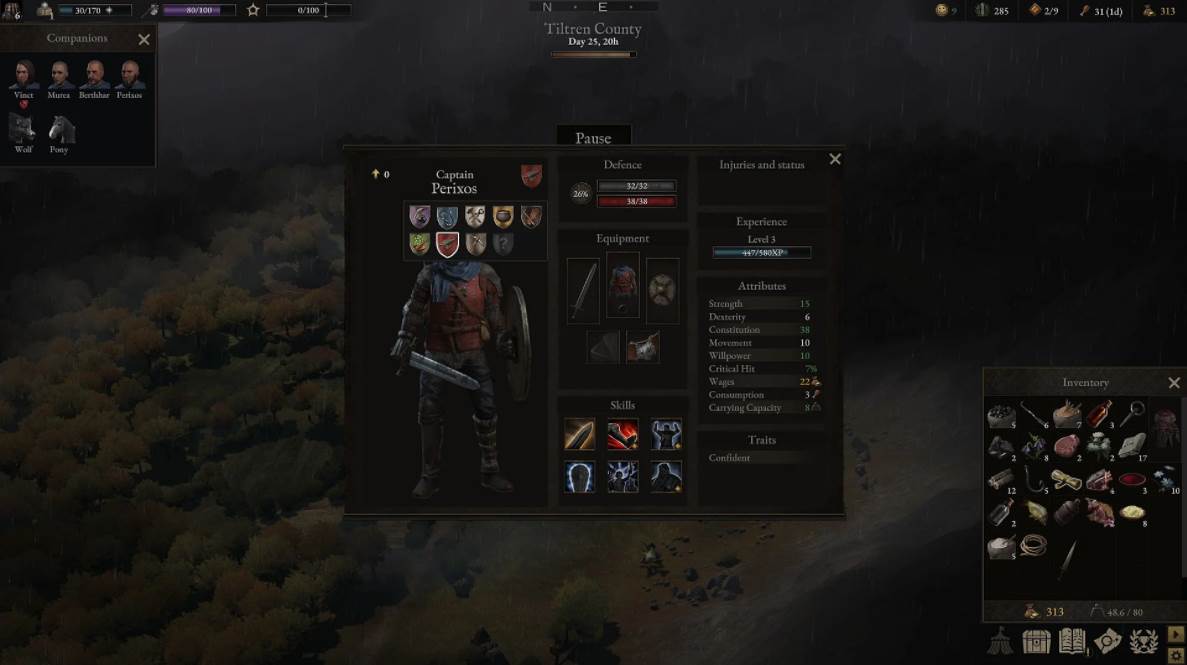 There are also eight professions to assign to your troops, each with its own set of tips and tricks to keep in mind:

Your characters will receive their own buffs from each of them. You can only have one profession assigned at a time, but you can switch at any time with the risk of losing all gained experience. When assigning, it’s a good idea to think ahead.

I’d recommend assigning the Blacksmith profession to a brute class troop, for example. It increases their strength, allowing them to deal more damage with their strength-based attacks and abilities.

Save Money Through DIY; Earn Coin Through Missions 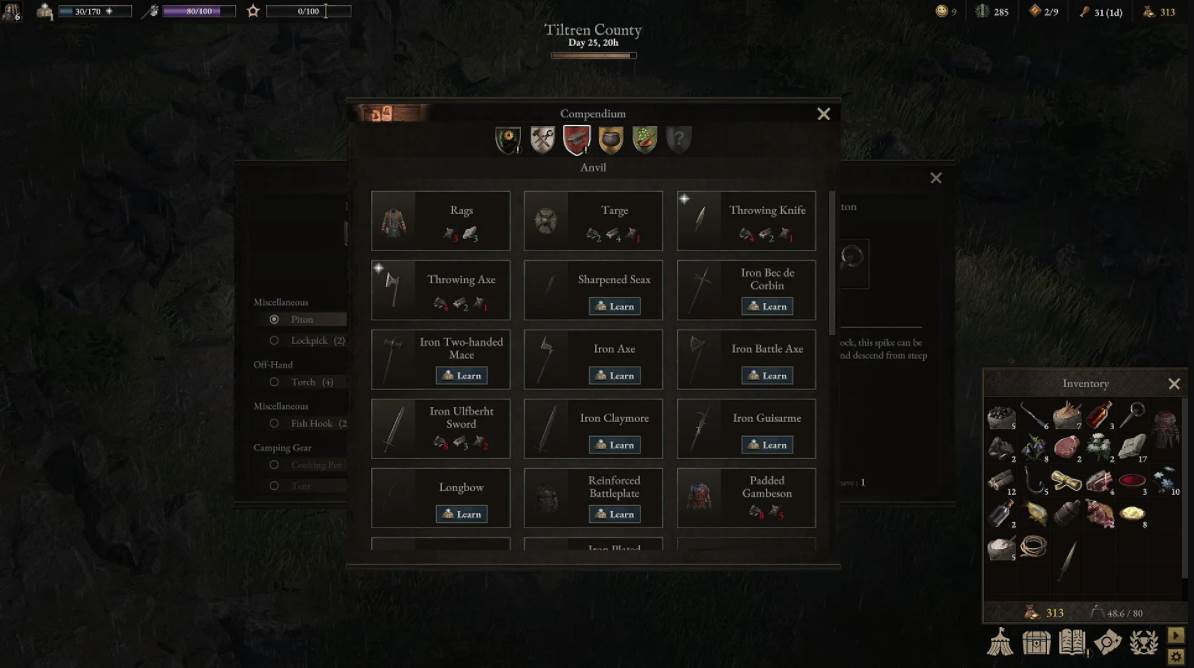 Getting money in the early stages of Wartale can be difficult. You’ll have to keep your group paid, fed, and equipped, which can quickly add up. Saving money only for the most important things and making as much of your needed goods yourself is a good way to save money.

If you’re in town, healing your party at the town apothecary and having the smith repair damaged armour is far more cost-effective than using medicine and repair tools yourself. Those items should be saved for field emergencies so you can safely return to town.

Make your own potions instead of buying them; you can do so after discovering a town and learning the alchemist profession at the apothecary building.

Slay beasts for their meat and leather, the latter of which can be used to forge your own weapons and armour in town by your party’s blacksmith.

Earn money by completing missions assigned by the town tavern board or by visiting the jail and purchasing shackles in order to capture bandits and collect their bounty. 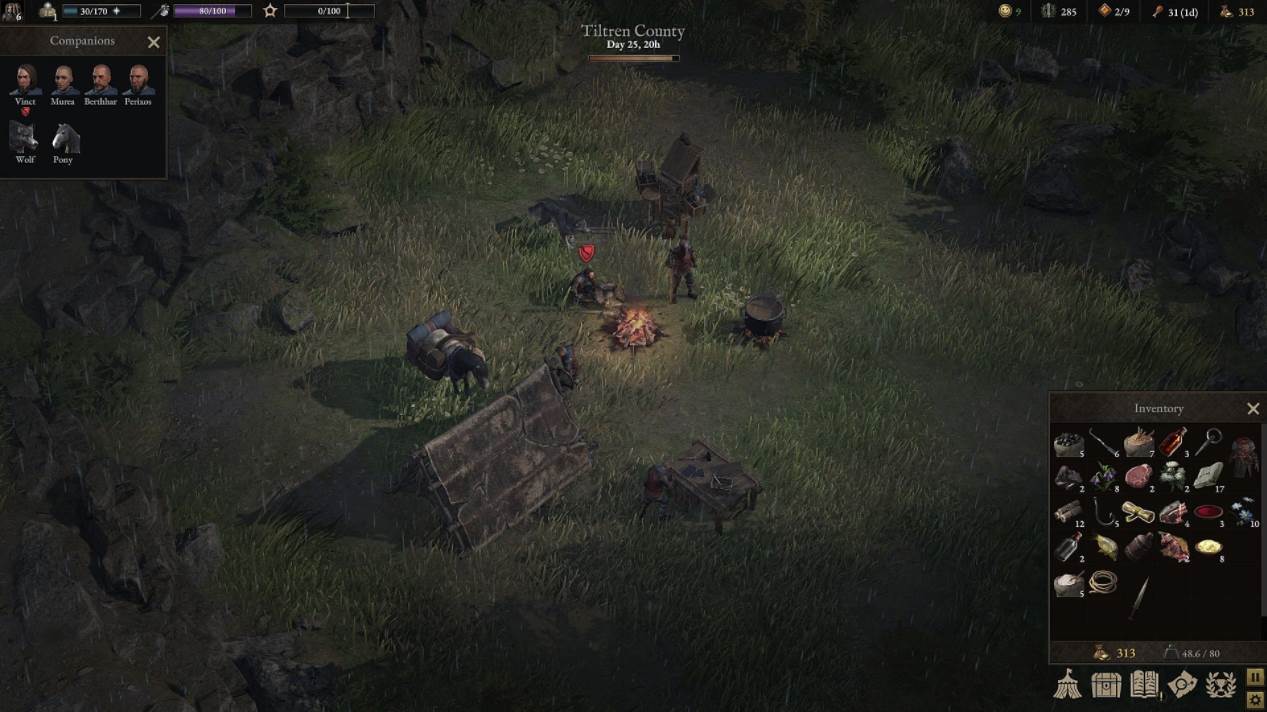 Upgrading your camp – where a lot of the management aspects take place – is a part of Wartale’s progression. You feed, rest, and pay your troops in the camp, as well as manage a variety of crafting elements for the Cook, Tinkerer, and Scholar professions.

For their professions, the Cook and Scholar require a cook pot and a lectern, which are items built by the Tinkerer on the camp workbench.

The Tinkerer is the catalyst profession, as they create items such as the Thief’s lockpicks and the Fisherman’s hooks, as well as camp amenities such as the tent (which provides additional valor buffs to troops who sleep in it) and saddlebag upgrades for the party’s pony(ies) to increase carry weight.

While you can cook food over a campfire, it isn’t as nutritious as food prepared by the Cook profession, and it doesn’t provide nearly as many benefits other than keeping bellies full for another day.

The Scholar uses the lectern to study artifact fragments discovered later in the game, which are then turned into artifact trinkets. These items have no use in the current version of Wartales, aside from being sold for money.

Hopefully, these Wartales hints and tips will come in handy as you travel through the war-torn countryside. Because the game is still in development and subject to change, this is by no means a complete list.

When it comes to combat, progression, and profession minigames, the developers have taken care of a lot of the guesswork with the addition of help tooltips.

Well, these were the early game tips and tricks for Wartales players. We hope this guide helped you.