Players in the Elden Ring who want to progress as a sorcerer should probably not miss the Thops quest, which rewards the character with some medium-level items! Early on in the game, you’ll come across the Thops Quest in Elden Ring as you make your way toward Lucaria Academy.

If you talk to the NPC at the church, he’ll give you the task of finding an Academy Key, which will lead you to the end of the quest and some useful items for your Sorcerer build. Thops Quest in Elden Ring can be completed by following the steps outlined in this guide.

Where to Find Thops in Elden Ring? 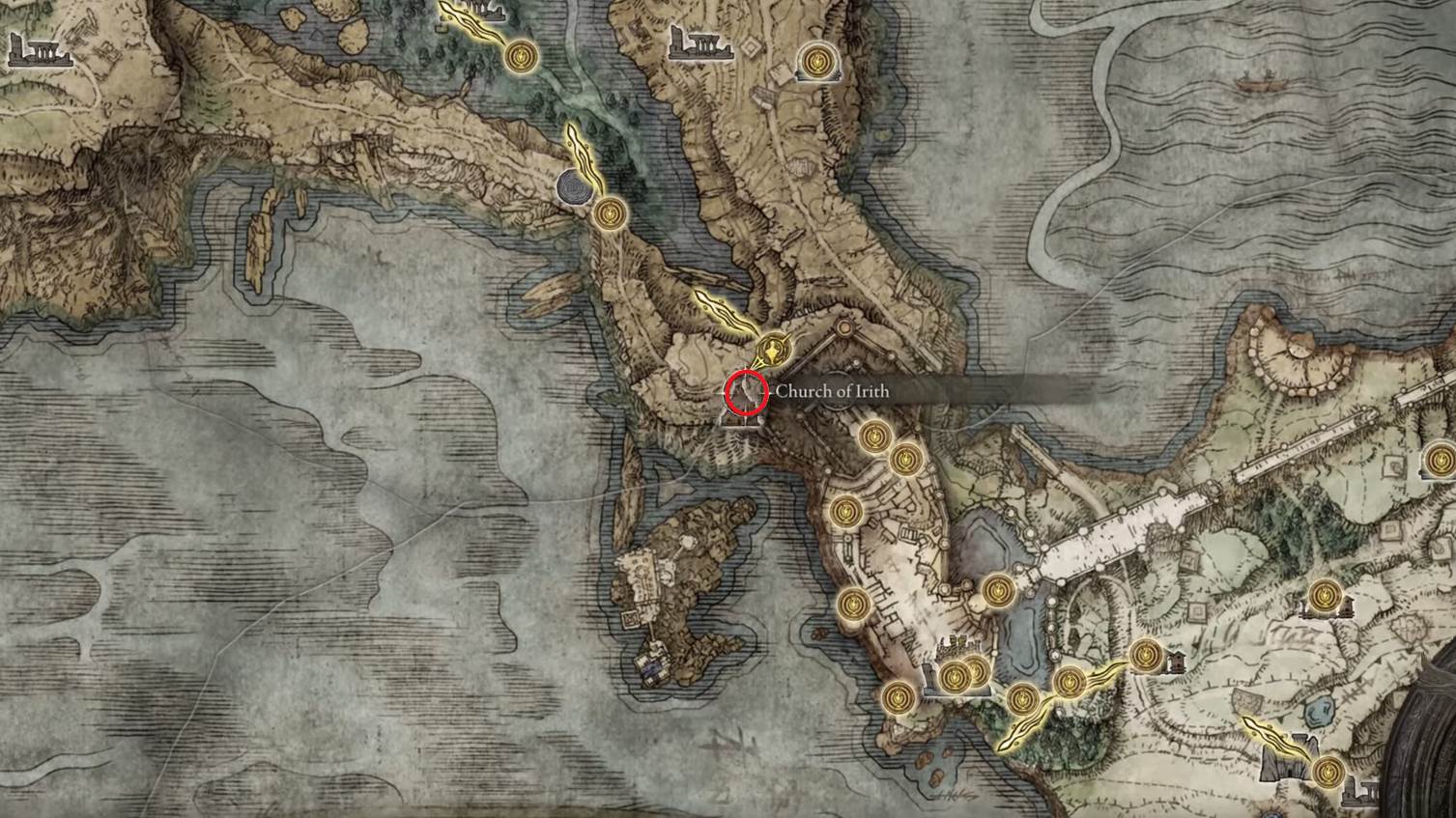 An NPC and quest-giver, Thops belongs to the Raya Lucia Academy and is a student there. Further, Thops can be found in the Church of Irith, which is located to the north of Stormveil Castle, inside.

The Liurnia Lakes Shore Site of Grace is easily teleported if you have already defeated Godrick, the Grafted and returned to Stormveil Castle. After passing the guards’ camp, you’ll see the Church of Irith in front of you after a short passage. 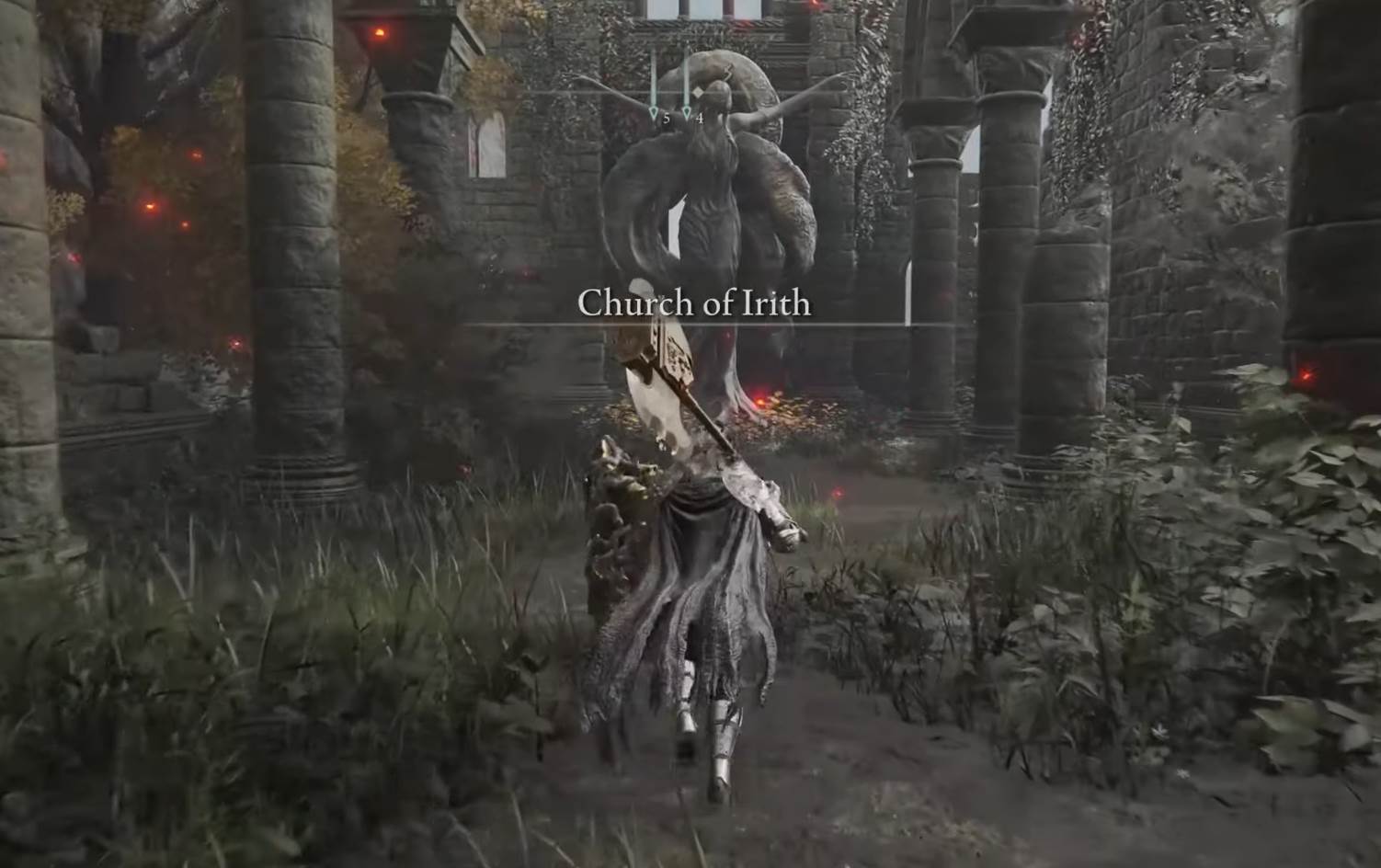 Before introducing himself to the Tarnished, Thops will ask for a small donation, which you can give him after you find him. Once the dialogue has run its course, he’ll reveal that he’s been studying sorcery and will require a Glintstone Key in order to return to the Academy.

He’ll begin his quest to find an Academy Glintstone Key, which will allow him to resume his studies.

Prior to agreeing to Thops’s quest, it would be wise to learn any of Thops’s sorcery. Runes can be exchanged for the following sorcery:

How to Complete Thops Quest in Elden Ring?

With Thops’s sorcery supplies in hand, you can now begin searching for the remaining Glintstone Keys in Raya Lucaria. If you haven’t yet explored all of the Academy’s Sites of Grace, you can jump to the South Raya Lucaria Gate Site and get started. 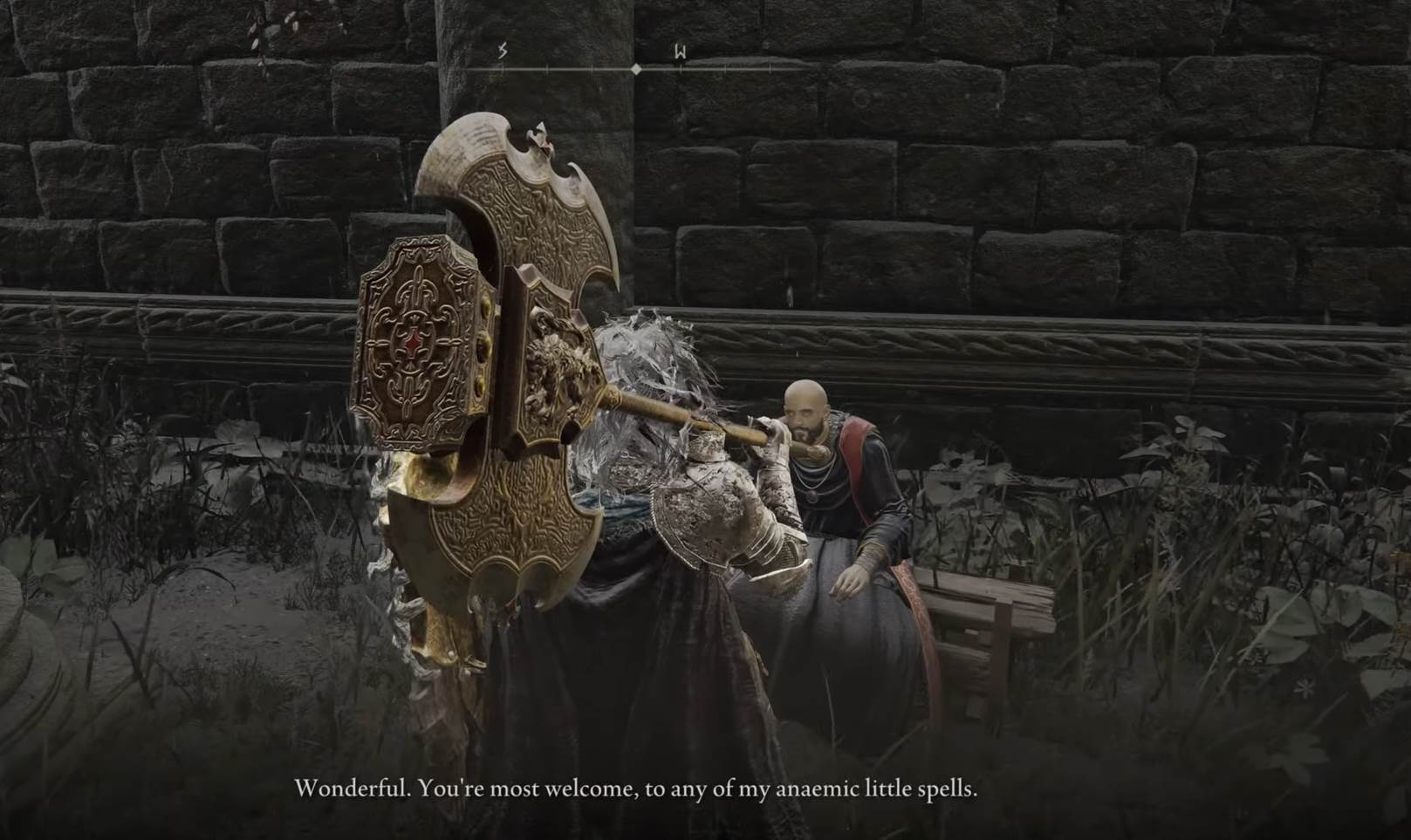 Nearby the Schoolhouse Classroom Site of Grace, a Great Enemy Boss, Red Wolf of Ragadon, stands in the way of your progression through the Academy. As a reward for defeating this boss, you will receive 14,000 Runes as well as access to the courtyard next to the Debate Parlor. 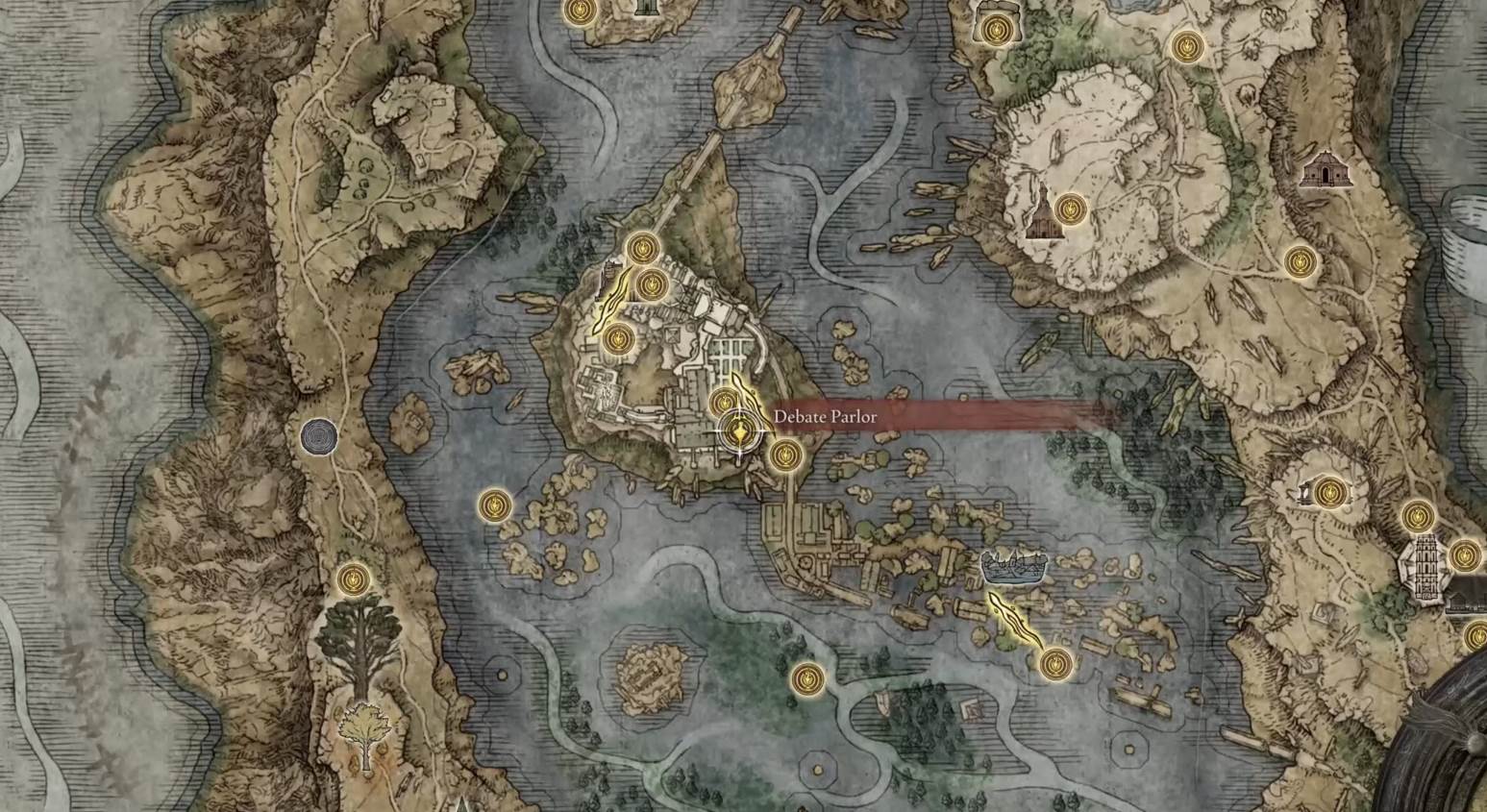 Take a flight of stairs to the north of the Debate Parlor Site of Grace and you’ll find yourself in a courtyard. There is a broken staircase to the left of the courtyard, where a few enemies can be found.

To get to the area below, take the stairwell on the other side of the collapsed stairwell and turn left. There are more enemies in this area, but you can find a dead body on the balcony by going up the stairs and wrapping around the left corner. 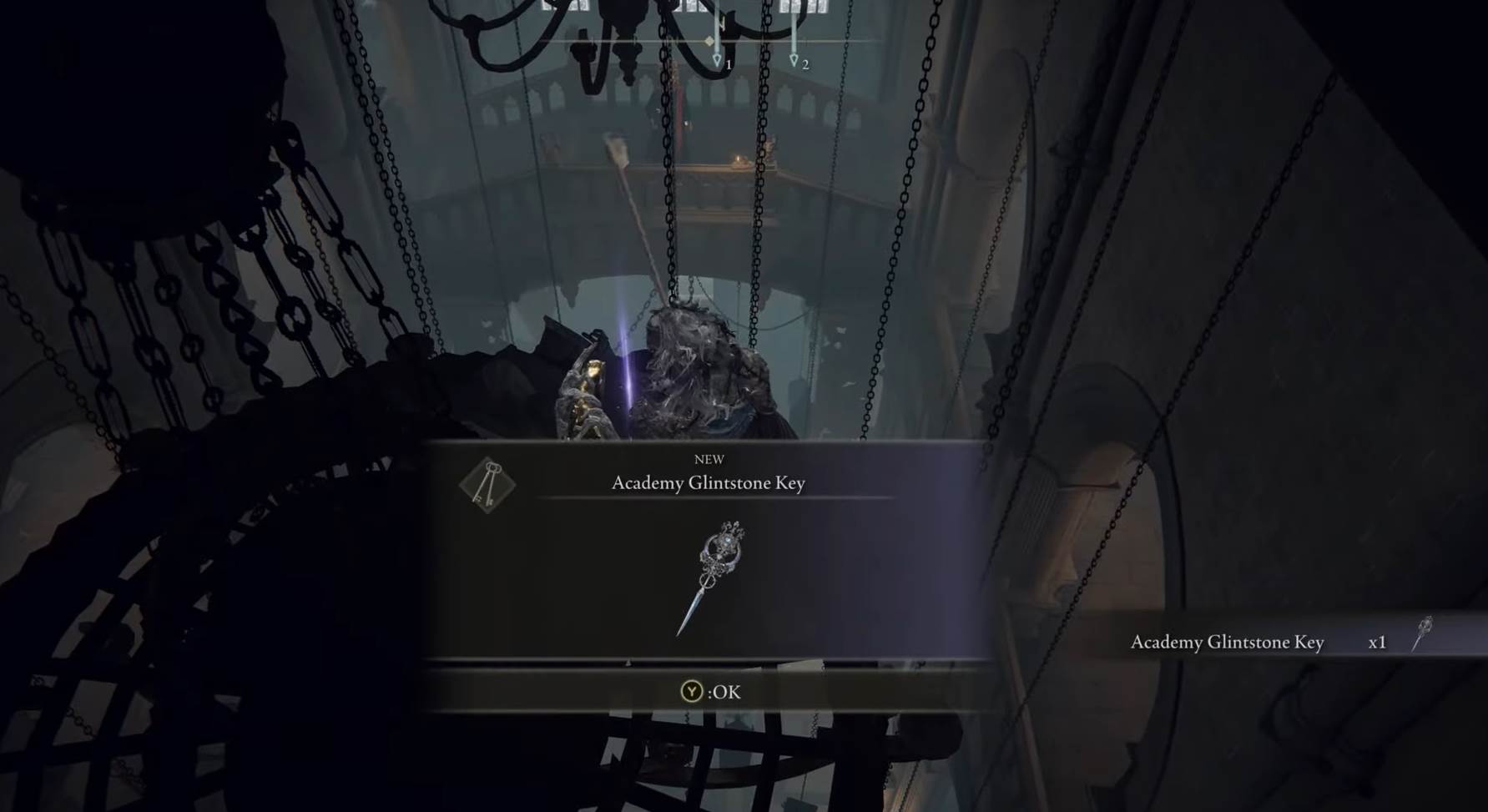 From the rooftops, use a ladder on the right side of a building to climb down to the edge and grab a hold of the railing. On the way up, you’ll encounter more enemies along the way. To avoid them, take the path to your right and drop onto the rooftops below you before continuing on.

A balcony is located on your right side after three more drops down. The Imbued Sword Key can be found by following this path, which then leads back to the same path where a ladder can be found.

There are a few enemies patrolling the rooftops ahead, which you can dispatch. Climb to the circular roof and look to your right to see if there’s an open window there.

Find a chandelier hanging beneath a beam of wood by entering through the window. The second Academy Glintstone Key can be found by looting the corpse on the chandelier.

The Erudition Gesture can be obtained by handing the key to Thops at the Chruch of Irith in the Lake Facing Cliffs Site of Grace. The Ash of War: Thops’ Barrier can be obtained by defeating the teardrop Scarab that appears after completing all of Thops’ dialogue and resetting the area.

The main questline can be continued at the Academy, where Thops can be found once more. Thops is found dead by a desk in the Schoolhouse Classroom Site of Grace after you exit through the door in the back and turn right.

You will get 3 rewards after completing Thops quest. Further, it’s possible to loot Thops’ body after finding it inside the Academy. Thops will send you the following items:

Now whenever you visit the Roundtable Hold, you can offer Thops bell bearing to the Twin Maiden husks.

Well, that’s all we have here about how you can complete Thops quest in Elden Ring. We hope this guide helped you. You may be interested to know more about Millicent’s quest, so check it out. Also, there’s a weapon everyone loves that is the Rivers of Blood Katana. Check out our guide on how you can get that.

Elden Ring has released its latest patch update 1.05. Check out what’s new in it for everyone.