One of the best weapons in Elden Ring is the Rivers of Blood katana, which becomes available later on in the game and has a lot of bleeding potential. It’s possible to wreak havoc on enemies and bosses, especially when paired with the weapon’s unique ability.

Additionally, it’s aesthetically pleasing and we know where and how to acquire it. You’ll have to defeat its previous owner before you can use it, so be prepared to fight. 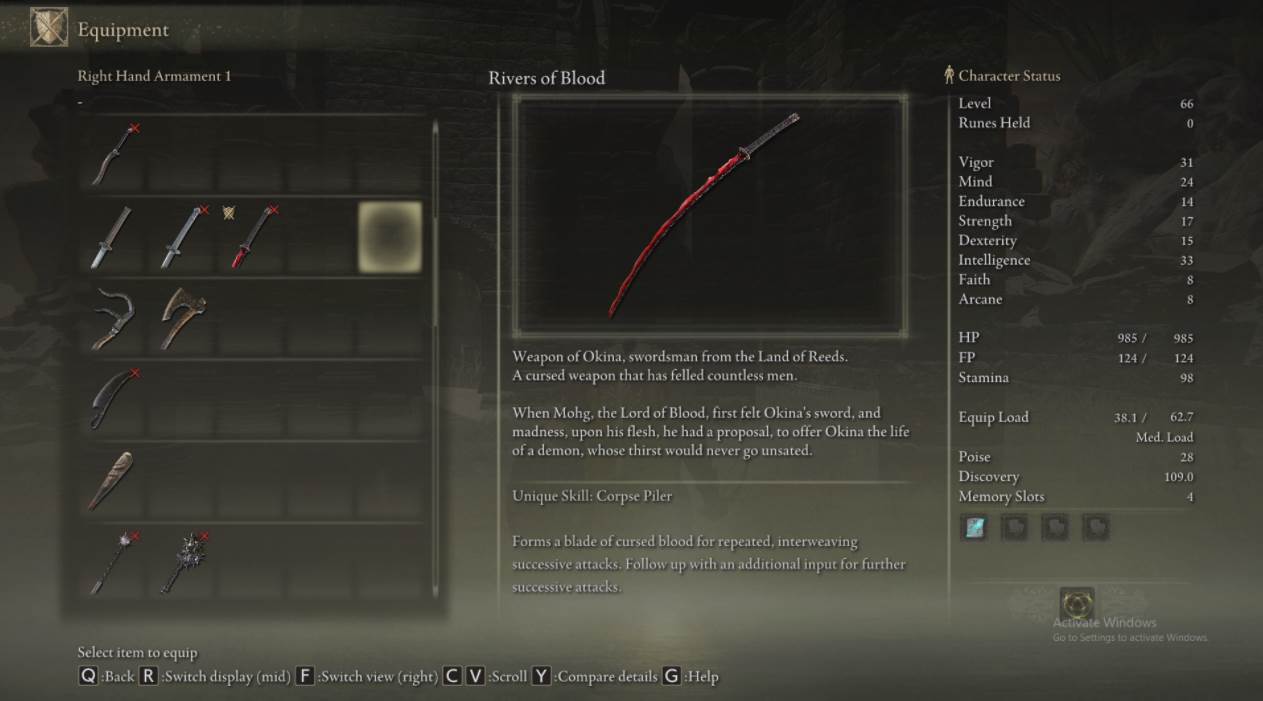 What is Rivers of Blood Katana in Elden Ring? Rivers of Blood, as the name suggests, is a deadly weapon that everyone wishes to get. Rivers of Blood is a katana that requires 12 Strength, 18 Dexterity, and 20 Arcane to wield and can quickly cause blood to build up.

Its weapon skill Corpse Piler is unique to the weapon and unleashes a barrage of bloody attacks that can completely devastate your opponents. The item description for River of Blood reads:

Weapon of Okina, swordsman from the Land of Reeds. A cursed weapon that has felled countless men. When Mohg, the Lord of Blood, first felt Okina’s sword, and madness, upon his flesh, he had a proposal, to offer Okina the life of a demon, whose thirst would never go unsated.

If you venture into the Lands Between, you’ll come across the Elden Ring Rivers of Blood katana. To get the Rivers of Katana in Elden Ring, you’ll have to go quite a ways into the game, but you shouldn’t push yourself too far because it will be unavailable once you’ve defeated a specific boss—at least on this playthrough.

How to Get The Rivers Of Blood Katana in Elden Ring? 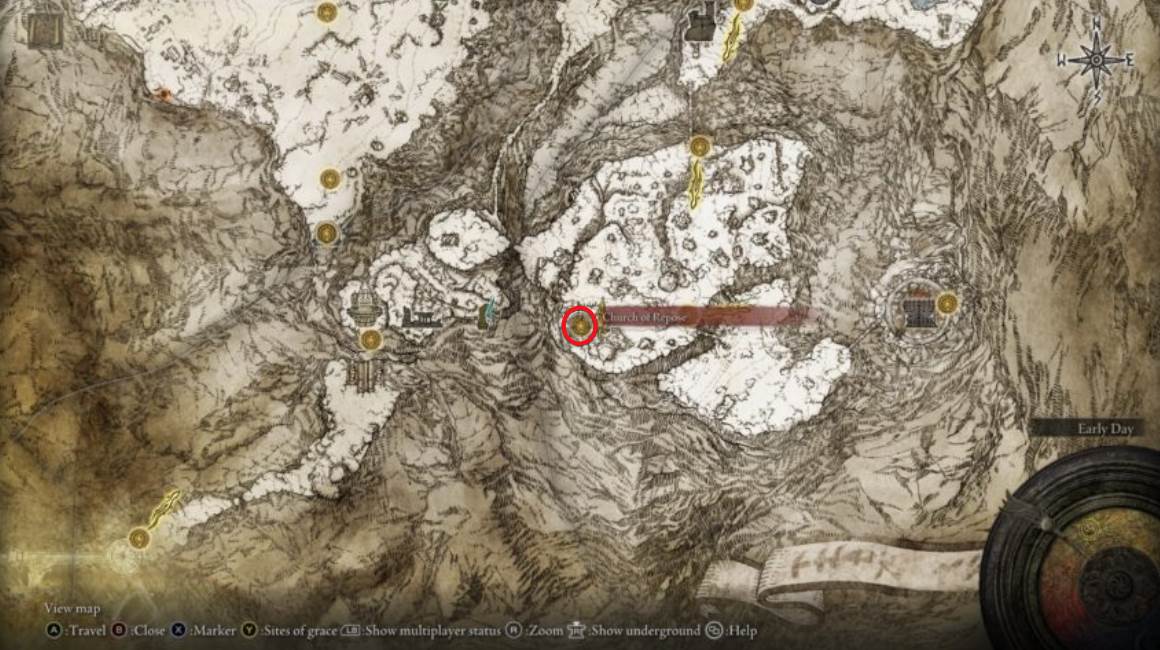 Keep in mind that Bloody Finger Okina will not invade if you have already defeated the Fire Giant, preventing you from obtaining the Rivers of Blood katana during your current playthrough.

Rivers of Blood Katana can be found in Mountaintops of the Giants, a late-game area. The Church of Repose can be found in the southeast corner of the map once you’ve completed the main quest line and gained access to this biome.

Bloody Finger Okina, an NPC with a Rivers of Blood katana, will attack you as you approach the church, so you’ll have to take it from him.

Okina is a difficult opponent because he is extremely aggressive and can cause significant blood loss for significant damage.

Stay on top of him with equal aggression, but punish him when he attempts to heal, and he’ll soon fall. With him, you’ll get the mask, as well as the Rivers of Blood katana that you’ve been searching for.

Here are the stats of Rivers of Blood Katana:

Well, that’s all we have here about how you can get the Rivers of Katana in Elden Ring. We hope this guide helped you. Elden Ring released its latest patch update 1.04 for its users. Make sure to check that out as well.