Antivirus software has always been a necessary component for protecting your computer from both online and offline threats. Antivirus functions, on the other hand, are built-in in Windows 11 and Windows 10, and are updated on a regular basis via the Windows Security app and Windows Defender. Do you really need a separate PC antivirus software in 2022 if you already have Windows Defender, and which antivirus programs are best for modern-day Windows PCs?

The current trends and features of Windows Defender-based device security are discussed in this guide. Keep reading to know everything. 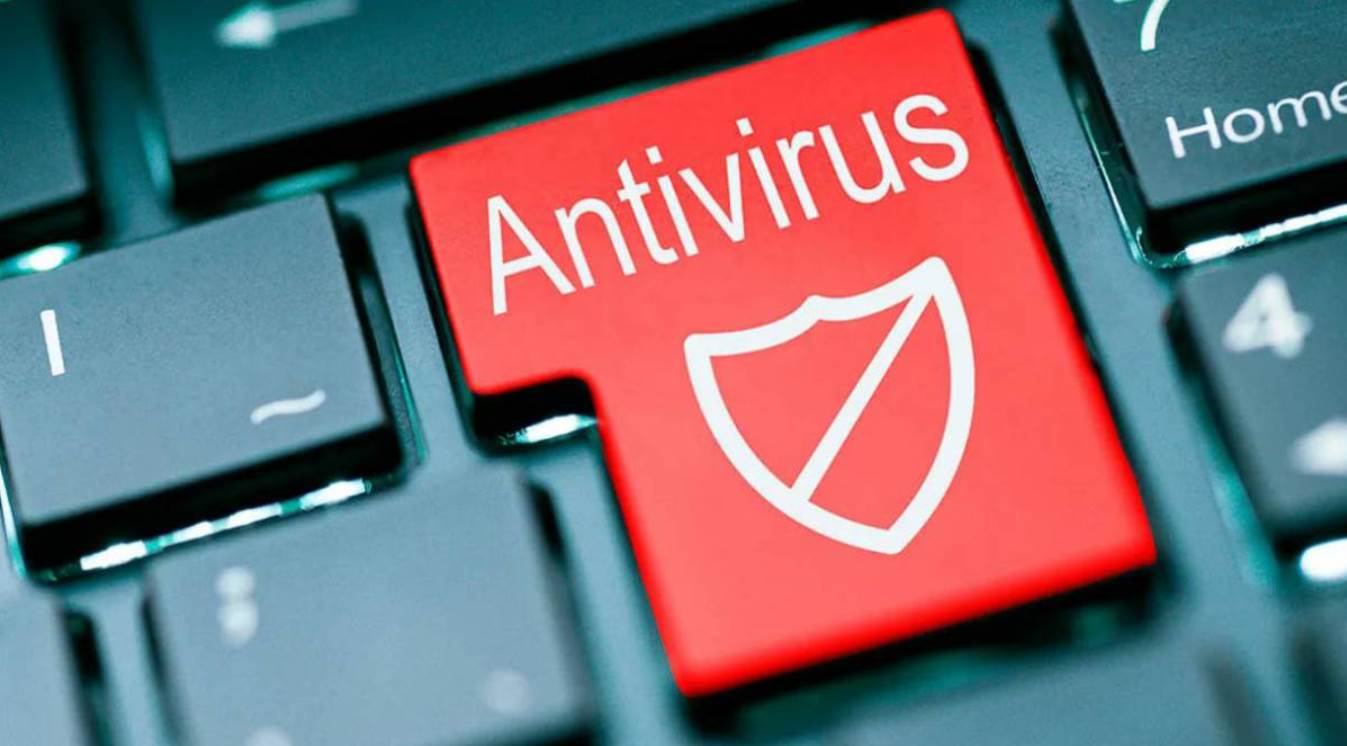 Antivirus protection on a Windows device is just as important as it was before. There’s a reason why Windows 11 and 10 prompt you to activate and update your virus protection.

Most users, however, take Windows Defender’s free, built-in security for granted because it is a sophisticated antivirus and firewall solution. The program runs quietly in the background, consumes minimal system resources, and continuously monitors threats. So the correct question is, “Do I require another antivirus in addition to Windows Defender?”

Because it is free, users may believe that Windows Defender is not a full-featured antivirus program. Many websites compile a ranking scheme to rate antivirus software, which adds to the confusion. This gives the impression that antivirus software is required.

Google Trends does, however, provide one interesting statistic. In the last decade, the search trend for “antivirus” has steadily declined. This search term was clearly at its apex in 2009, and it is now much less popular.

It’s reasonable to assume that fewer Windows users are actively looking to purchase a standalone antivirus. Most antivirus companies are now adding extra features like VPN, a password manager, mobile security, and even endpoint security to increase their appeal.

Is this to say that a paid antivirus is no longer necessary? Let’s look at what Windows Defender brings to the table in terms of security, and then see if a separate antivirus program can supplement the protection.

Windows Defender: How Good It Really Is

Windows Defender can be launched from the Control panel as well as the Start menu search in both Windows 11 and Windows 10. It is set to active mode by default, making it the primary antivirus on Windows devices. It reverts to passive mode when you install another antivirus program, such as AVG or Avira. Some of Windows Defender’s most notable features are listed below.

Users can check “Protection history” under “Virus & threat protection.” It displays a list of all threats that have been removed from your Windows device without your knowledge. This is what sets Windows Defender apart from other antivirus programs: it quarantines and isolates threats invisibly in the background.

Windows Defender keeps up-to-date signatures for the most recent zero-hour threats, and you can check the threat’s incidence and severity level on the Microsoft Security Intelligence webpage. To keep track of newer threat variants, it employs advanced heuristics and artificial intelligence.

You can get a quick summary of all current threats on your device by visiting the “Security at a Glance” page. A quick scan of your device for threats may be in order if you haven’t already. (With the next Windows version update, it will be done automatically.) Follow the on-screen instructions for any other challenges.

When you resolve a problem using Windows Defender’s recommendations, the security and health status for that problem will show a green checkmark, indicating that it has been resolved.

Configure Windows Defender antivirus scan to mitigate existing threats on your Windows PC. It entails scanning files and removing threats through a variety of scanning activities.

A customized scan concentrates on specific areas of concern. If you’re having trouble removing malware from your device, run a Microsoft Defender Offline scan, which will restart your device and remove the threats in offline mode. This takes a little longer, but it ensures a clean device when you restart it.

Windows Defender, without a doubt, has a plethora of useful features and capabilities for detecting and neutralizing threats to your PC in real time. How does it stack up against other well-known antivirus software?

It’s important to keep in mind that this is a third-party comparison study. Windows Defender was created with the Windows software version you’re using in mind. With each new version, the security is bolstered even more.

After seeing how well Windows Defender performs in evaluating and neutralizing threats in real time, we should consider some of the common issues that separate antivirus programs can cause.

This is by no means a comprehensive list of issues that they all face. However, if you only use Windows Defender, you will never have to deal with any of these problems. These are primarily caused by incompatibilities between Windows 11/10 version updates and antivirus program threat visibility features.

While most antivirus programs, such as AVG and Avira, are simple to remove from your Windows computer, others, such as McAfee Total Protection, are more difficult. As a result, McAfee will not be included in our list of compatible antivirus software for Windows 10/11. They should not have been installed in the first place.

Some antivirus software hasn’t kept up with the incremental changes in Windows operating systems. As a result, they are unable to distinguish between malware and legitimate files.

The threat scan in the following example with Malwarebytes (a popular antivirus software) revealed a number of potentially dangerous programs that should be removed. It turns out they were all Internet Explorer components, so there’s no need to uninstall them.

Internet Explorer serves as the foundation for a number of internal processes and Windows functions. Removing important registry keys or standard Windows processes just because your antivirus flagged them as malware can cause serious problems for your computer.

Some antivirus programs, such as Norton 360 device security, can quickly scale to consume 100% of your Windows CPU, significantly slowing down your device’s performance.

Installing an antivirus program is not a good idea because some of them are resource hogs. You can get all of the desired security levels with just Windows Defender turned on, and there are no memory issues. However, if you are facing 100% CPU or Dick usage, here’s our guide to help you out.

Some antivirus programs are prohibitively expensive because they include a slew of extra features unrelated to device security. If your antivirus provider offers you a bundled VPN, don’t take it. It is far preferable to use a standalone VPN service.

Best Antivirus Software for Windows 11 and 10 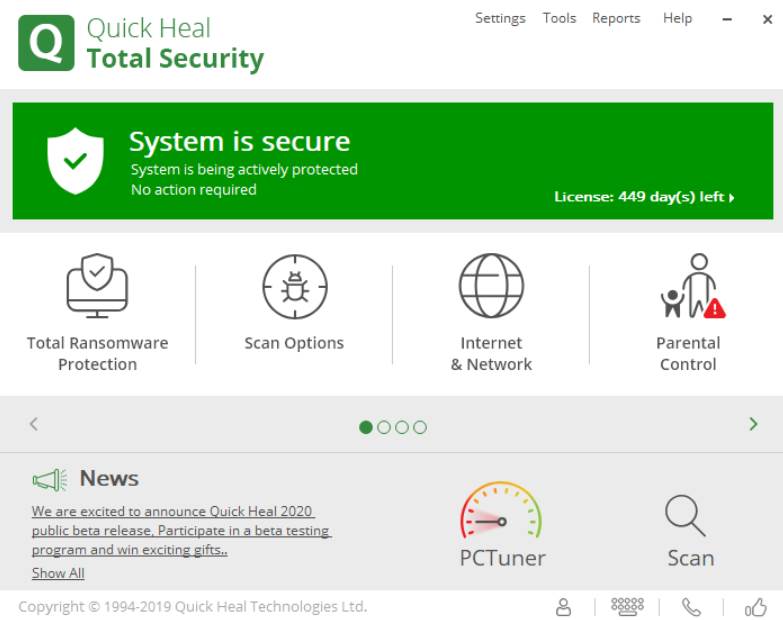 Quick Heal is one of the few antivirus companies that actually delivers on its free antivirus for Windows promise. The software has a smart scan feature that does a good job of detecting and removing browser threats, viruses, and other malware, as well as advanced threat issues.

You can check the virus definitions from the Settings menu, which are always up-to-date and can help you deal with zero-hour threats. Quick Heal has a low impact on a Windows device, and if you want more security features, you can upgrade to the paid version. 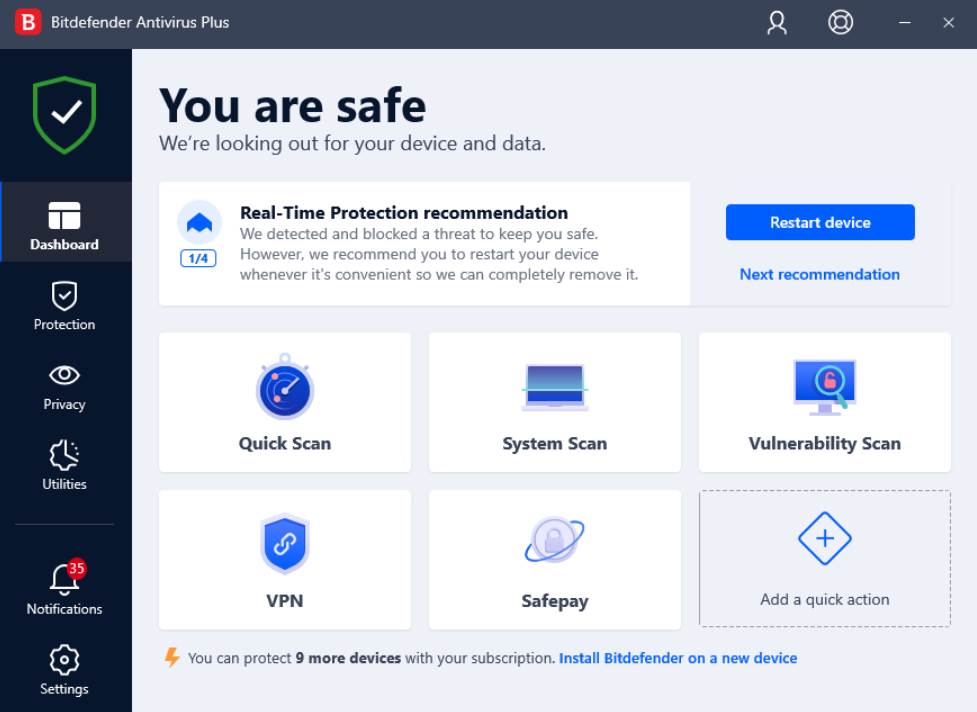 Bitdefender Total Security may be a good addition for those looking for a few advanced security features on a Windows device. It has laid the groundwork for basic security against zero-hour threats and ransomware.

You can stay on top of emerging threats with a system scan and vulnerability scan feature. Bitdefender feels light enough if you need some extra features like parental controls and VPN without the solution weighing down your device. 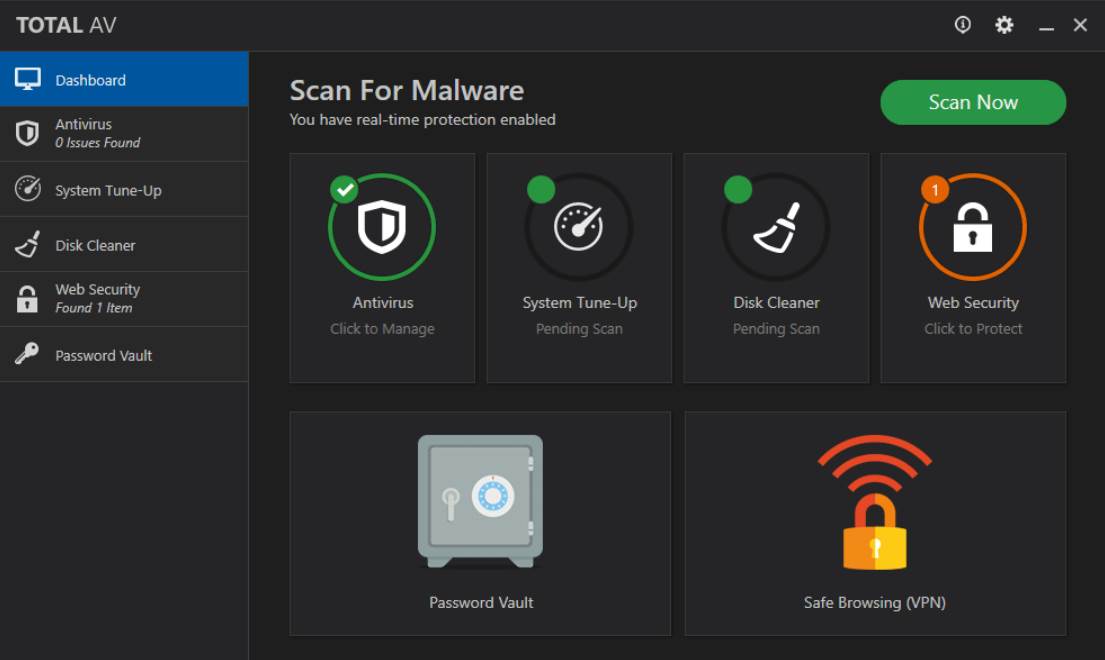 TotalAV is a good antivirus program for protecting websites, emails, and local files. The scanning is quick, and the results are impressive, with only a few false positives to be concerned about. It also includes a system cleanup, which is thankfully light on the system.

Bottomline: Do You Need Antivirus Software If You Have Windows Defender?

The year is 2022. Windows Defender has a number of advanced security features that make it the only antivirus software that should be installed on a standalone Windows 11/10 device. That would only work if you kept recommended security options like Trusted Platform Module 2.0 and UEFI Secure Boot, which are both required with Windows 11.

You can keep a secondary antivirus program as long as it’s easy to uninstall, doesn’t generate a lot of false positives, and doesn’t consume a lot of your resources. If you have a lot of computers in your office, you might need to use end point security software like Hysolate.

The final answer to this question is no. Windows Defender along with every other software including Google Chrome strives to protect you against every possible attack including phishing. Further, Windows doesn’t even let you install software other than trusted developers. So you can rest assured and rely on Windows Defender for everyday needs.

Well, that’s all we have here about whether you need an antivirus or not in Windows 11 or 10 even after having Windows Defender. We hope this guide helps you to decide and make a wise decision.