The most important commodity in Lost Ark is gold, which is used to buy special items in the market and auction house, as well as to hone your gear. However, making gold is extremely difficult because it often depends on the market.

In addition to purchasing Royal Crystals and converting them into gold on the market, there are a number of other ways to make gold in Lost Ark that are completely free of charge. In this guide, you’ll learn how to make a lot of gold quickly and easily.

Endgame content in Lost Ark can be extremely expensive by the time you reach even Tier One. Despite this, you’re always short on gold. There are two currencies in this game, unlike in some other MMORPGs. To buy items like healing potions, silver is the most common currency, whereas gold is required for high-tier gear honing and the Knowledge Transfer mechanic. 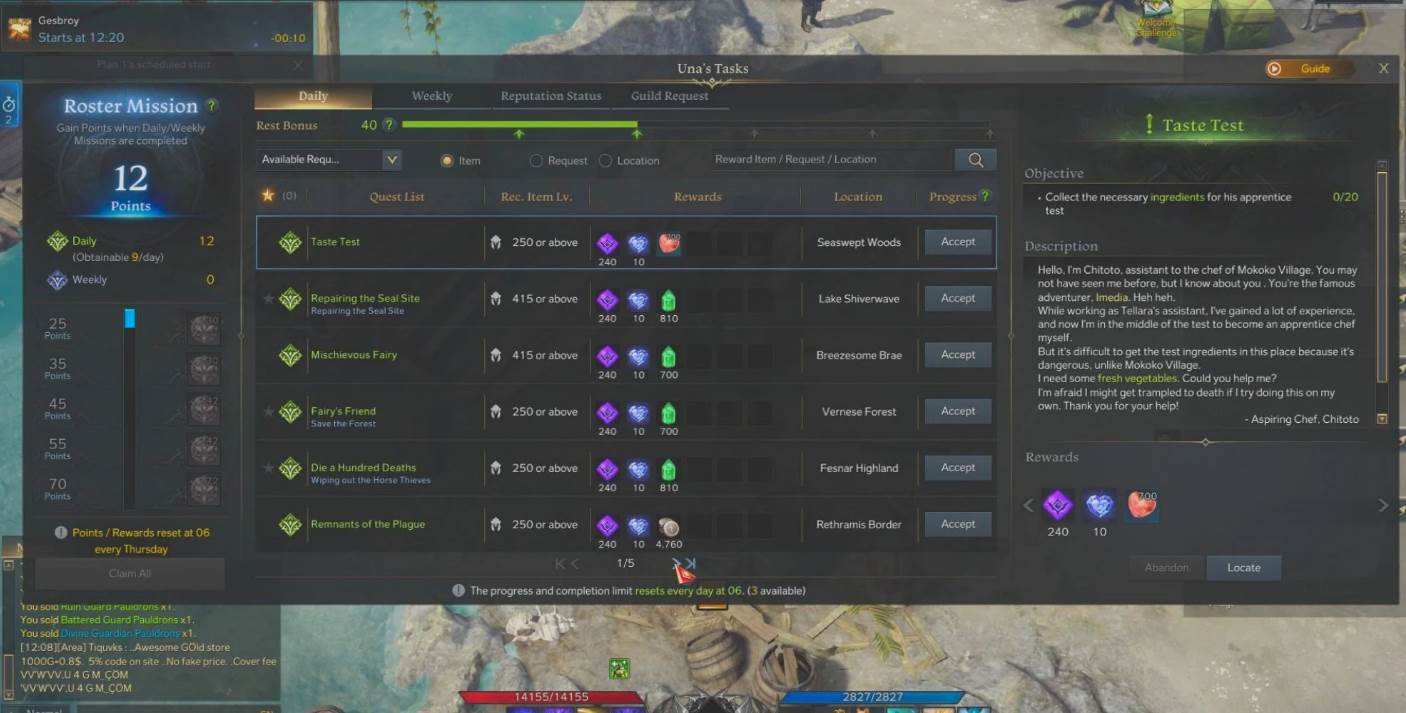 Sadly, the most dependable method of gold farming is also the most time consuming. Getting a Hefty Gold Sack, on the other hand, will make the effort worthwhile. It is possible to unlock Una’s tasks after finishing the North Vern questline.

These are tasks that can be completed on a daily and weekly basis by anyone on your staff. You can earn Una’s Tokens by completing daily and weekly tasks, which each award a certain number of points.

Gold bags can be purchased with Una’s Tokens in any major city’s Gold Shop. The amount of gold found in Large Gold Chests, Small Safes, and Hefty Gold Sacks varies. It’s possible to get a Giant Gold Bar that’s worth 10,000 gold after it’s consumed.

If you’re going to be grinding Chaos Dungeons anyway, you might as well keep your fingers crossed for a little extra gold.

While you can’t count on getting gold in Chaos Dungeons, if a gold or red portal appears after the second level, you’ll be taken to a secret area. Depending on the type of boss you encounter, you should be able to beat it to a pulp until it spits out gold.

3. Increase Your Rapport With NPCs

Rapport NPCs should be your new best friends. Most players are aware that completing Rapport quests or performing daily actions like Emotes or Sheet Music can raise your Rapport with specific NPCs.

Increasing your Rapport with NPCs will eventually pay dividends, and some NPCs even reward gold for doing so. Each character has a gold Rapport reward that can be redeemed: Thirain, Ealyn, Avele, and Sasha. Our fingers are crossed that you’ve been putting money aside to purchase one of the fancier bouquets. 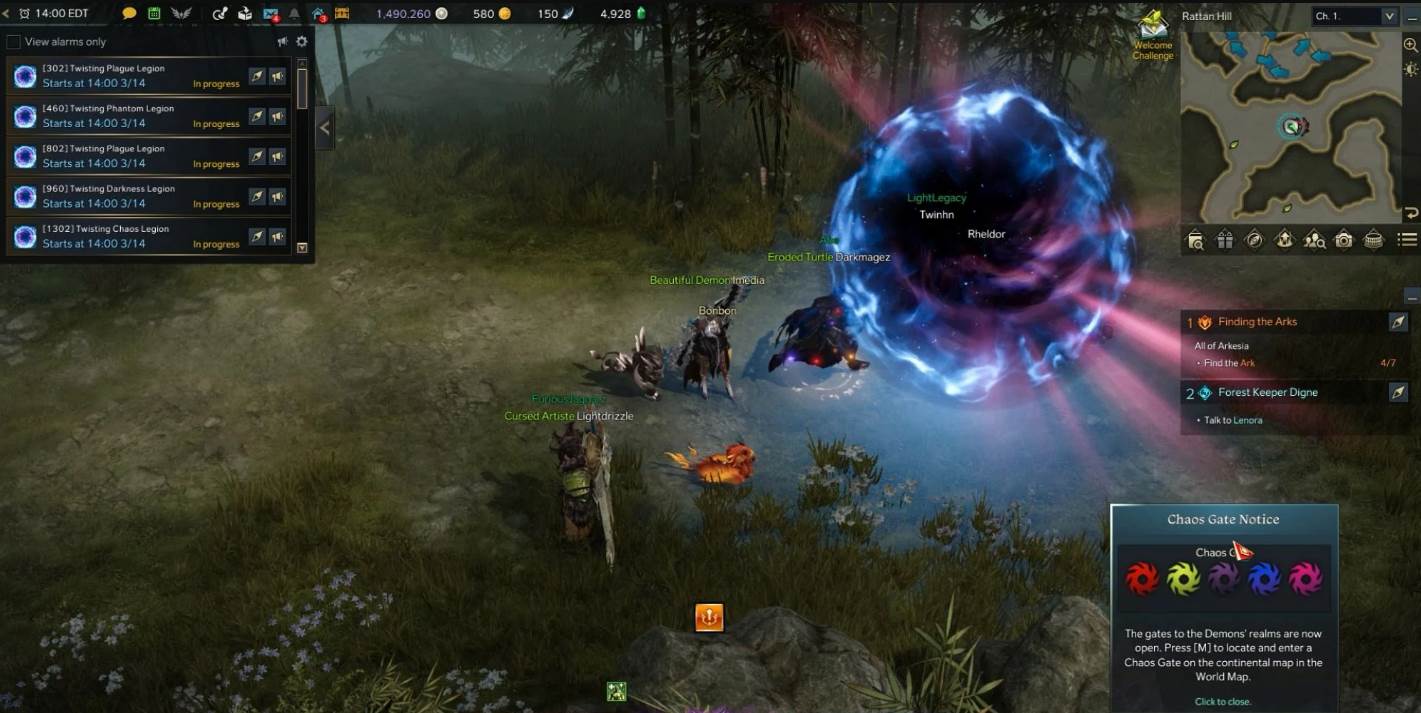 Chaos Gates is one of the best ways to make gold in Lost Ark. It’s only possible to complete these activities once a day. Check the calendar, Procyon’s Compass, or the event alerts tab at the top left to find the nearest Chaos Gate.

Depending on your Item Level, you’ll know exactly when the next Chaos Gate will open. Once you’ve arrived at the location, wait for the gate to appear. It is possible to obtain Rift Pieces, which can be used to exchange for Gear Honing Materials, from Chaos Gates.

A simple way to make gold is by entering Abyssal Dungeons. Dungeons that can be completed once a week can be found here. If you complete a run, you’ll be rewarded with gold, but you’ll have a weekly cap. Running Abyssal Dungeon on additional characters will no longer earn you gold after your sixth alternate character completes an Abyssal Dungeon.

Having a large roster of alternate characters allows you to run as many weekly Abyssal Dungeons as possible without having to worry about running out of gold.

The Adventurer’s Tome is the next most popular item that players would rather buy than earn through grinding. In your Adventurer’s Tome, you’ll find a collection of items under the collectibles column for each continent you’ve visited.

For the Adventurer’s Tome, you must acquire an enormous number of these items. It is possible to obtain these by killing mobs, and since the drop rate is so low, these collectibles tend to fetch a good price at the Auction House.

7. Level Up Your Trade Skills

There are so many quests and so much to do that you might have overlooked the entire Trade Skill mechanic, ignoring every Arbor Tree and Dreamwalker Flower you came across. As you can see, you’re in good company, and this is a good reason to improve your Trade Skills.

It is possible to sell Trade Skill materials at the Auction House to players who have more gold and less time to grind, as well as to upgrade your Stronghold with the same materials. You’ll be able to craft Craftable Archeological Site Maps that will give you even more Gear Honing materials to sell once you’ve leveled up your Stronghold enough.

To make a lot of gold in Lost Ark, the most important rule is to sell the things that other players are too lazy to grind for themselves. Because of the importance of Item Level in Lost Ark, high-quality Gear Honing materials are hard to come by. Gear Honing materials such as Harmony Shards and Guardian Stones can be obtained in a variety of ways.

Well, these are probably the most reliable and the best ways to make a lot of gold in Lost Ark. We hope this guide helped you. If you liked this, make sure to check out how you can get the Motorcycle Mount in Lost Ark.