Nothing lasts forever, especially technology, but if you treat your computer well, it can last you a long time. If your laptop breaks down sooner than you think it should, there’s a chance you’re contributing to its premature demise with some particularly bad habits.

Here are some of the most damaging things you can do to a computer without even realizing it. 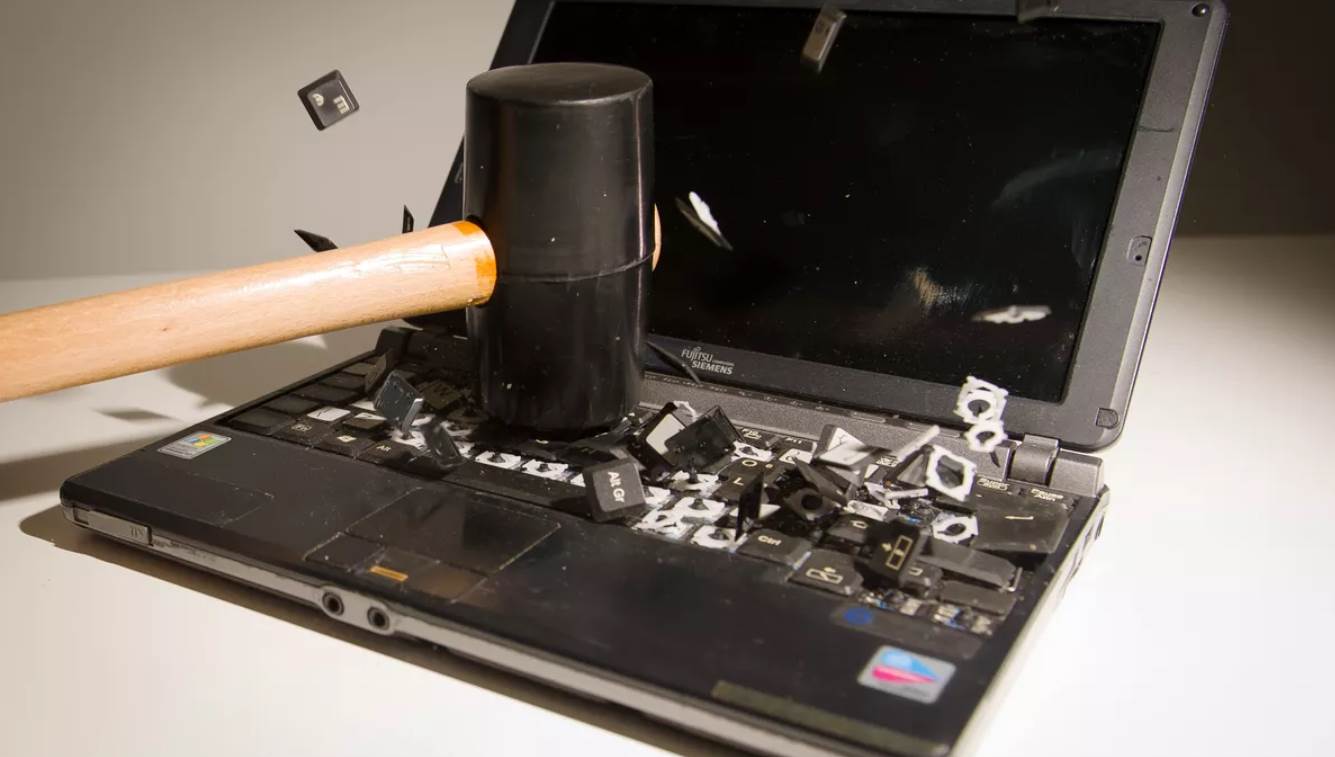 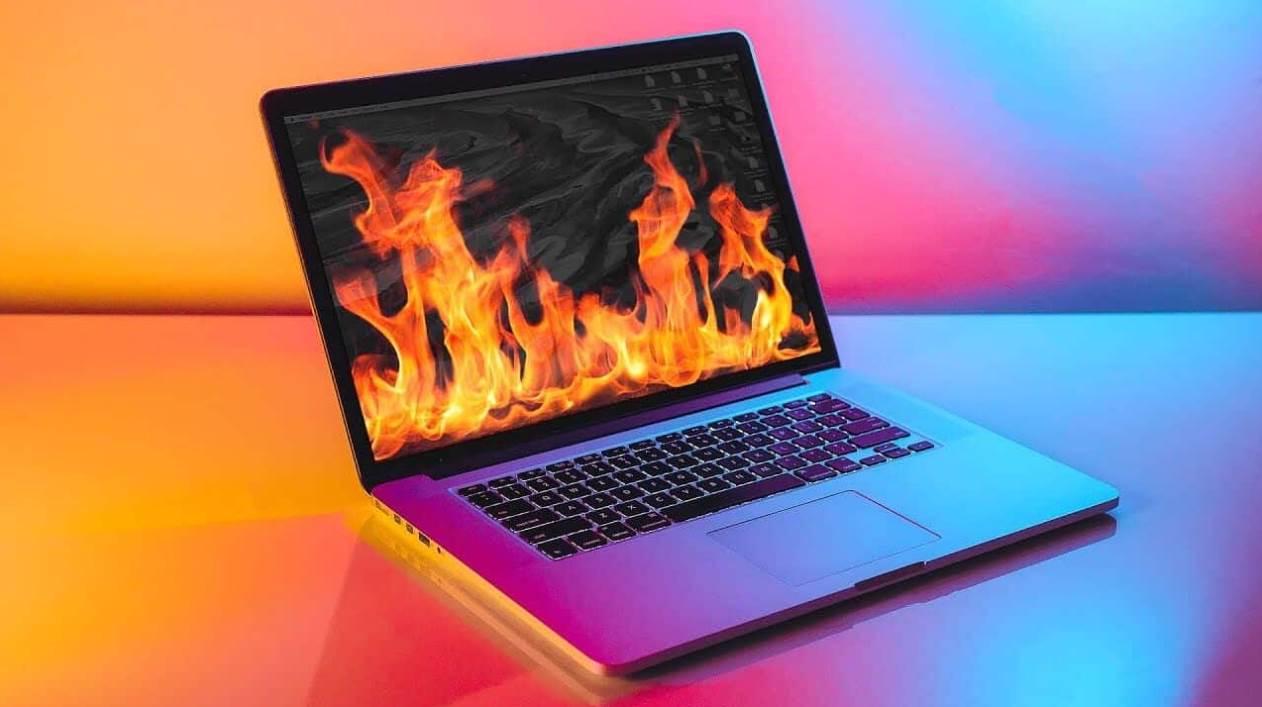 Your computer’s mortal enemy is heat. If your computer becomes too hot, the processor may slow down, throttling itself to maintain a safe temperature or even shut down completely.

Running your computer at high temperatures for long periods of time can shorten the life of your processor, fans, and battery, not to mention make it loud and hot to touch.

The solution for desktop computers is straightforward: make sure your case has enough vents and fans to keep cool air moving through the components.

Keep it out of closed cabinets and other enclosed spaces where heat can build up. With an electric duster, you should probably clean out the dust once in a while (more on that below).

Laptops, on the other hand, necessitate a little more attention. Because of their portability, many bad habits develop, such as putting it on a blanket or other plush surfaces.

This obstructs airflow beneath and possibly through the laptop (if the blanket covers the fan vents).

Use your laptop on a flat surface (where the rubber feet usually raise it off a desk) whenever possible, or at the very least make sure your lap is free of blankets and other items that can block airflow. Lap desks are an excellent way to keep things cool.

Aside from that, laptops and desktops follow the same rules: Keep it out of hot places (like a car on a hot day) and blow out the dust every now and then.

If you’re overclocking your graphics card, keep a close eye on the voltages and temperatures. It’s also a good idea to keep an eye on the CPU temperature just in case. 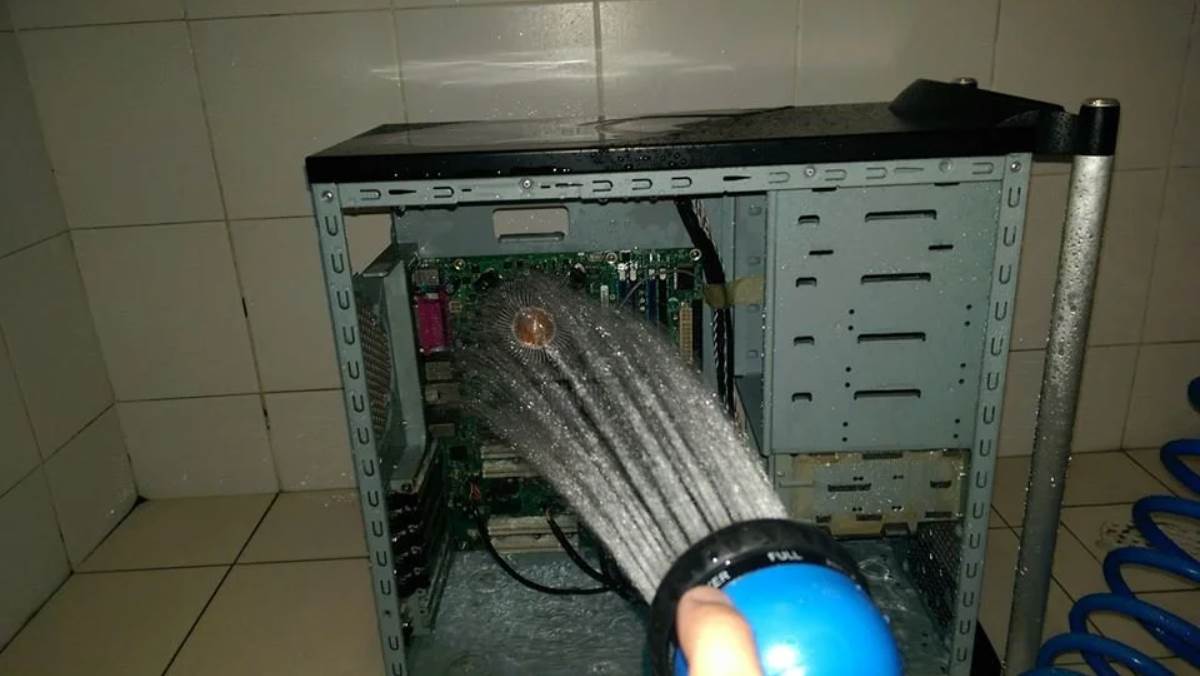 Dust collects on all computers over time, causing the components to heat up and the fans to work harder. While cleaning it on a regular basis can help, you should also try to keep things out of your computer in the first place.

Cigarette smoke and pet fur, for example, will aggravate those issues, and placing your desktop PC on the floor will ensure that more dust, hair, and debris is sucked into the intake.

Also, if you have carpet on your floor, the power supply’s intake fan is most likely blocked. If at all possible, keep your computer on a desk or other riser, and make sure your intake fans have filters.

Second, avoid eating or drinking near your computer, or at the very least exercise caution when doing so. Crumbs in your keyboard are not only unpleasant, but they can also damage the switches and make certain keys more difficult to press. And I’m sure you’ve heard horror stories about people spilling coffee on their laptops, which can completely ruin them.

Even well-intentioned actions, such as using Windex to clean your screen, can introduce liquid where it shouldn’t be (also, Windex is too harsh for your monitor). Don’t go crazy with your gentle screen cleaner—a little goes a long way. Spray it on a microfiber cloth, not on the screen. 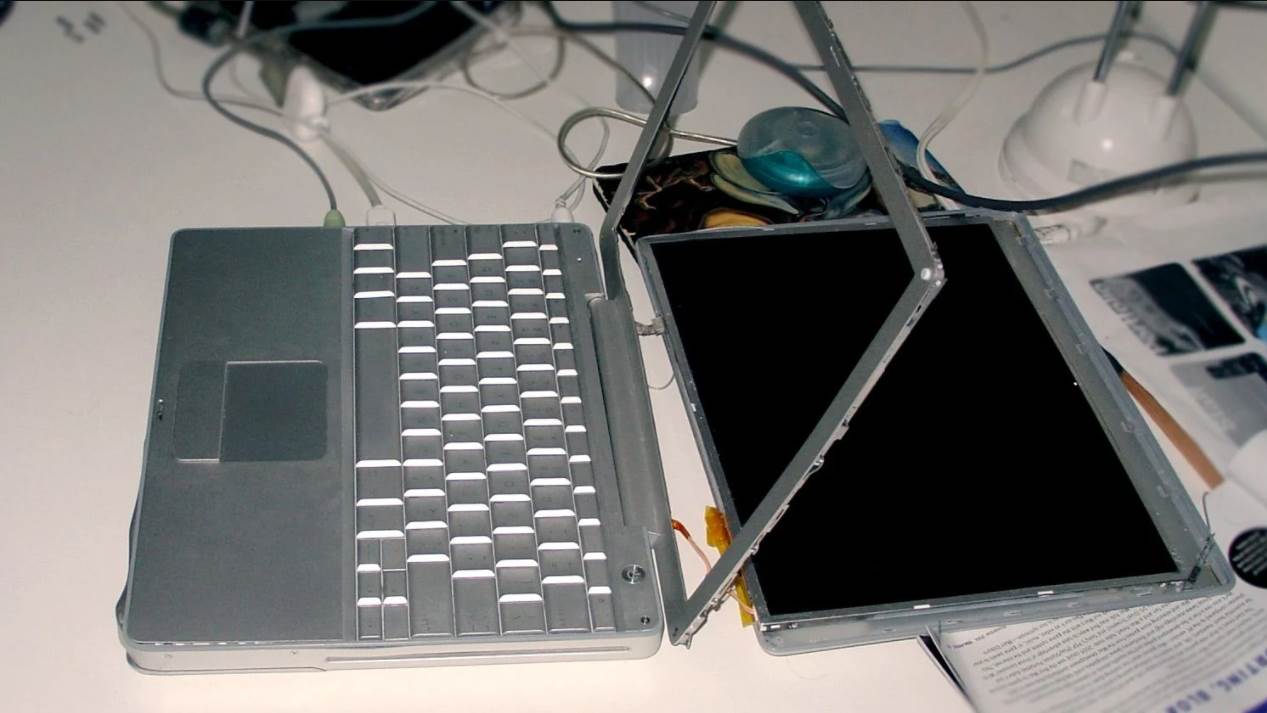 While desktop computers have the benefit of being able to sit comfortably in your office, laptop computers are subjected to a variety of abuse. And the more you abuse it, the more likely it is that you will cause damage.

We’ve seen people pick up laptops by the display, forcefully open the hinge on one side, and toss their computer onto the couch on the other side of the room. (A couch may be soft, but you’ll miss it one day and be sorry.)

We’ve even seen people use their closed laptops as a drink coaster! You might end up with a worn-out laptop hinge or a crack in the casing as a result of this treatment.

However, if your laptop has a traditional spinning hard drive rather than an SSD, tossing or shaking the computer can cause the drive’s head to dislocate or touch the disk’s surface, especially if the drive is active at the time. It doesn’t happen often, but if it does, you’re in for a bad day, especially if you haven’t backed up your data.

Because your laptop is a valuable piece of equipment, it’s critical that you treat it as such. 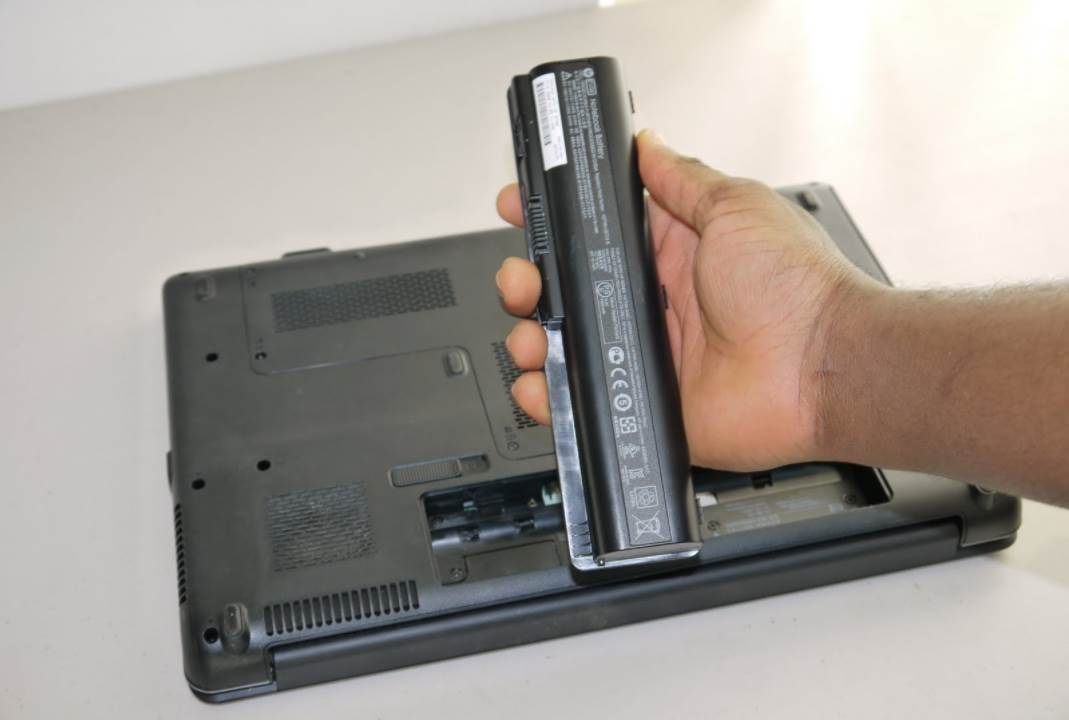 Just because your laptop’s battery has “eight hours of battery life” when you turn it on doesn’t mean it will stay that way indefinitely. Batteries degrade over time—you might get eight hours on a full charge when you first buy it, but that may drop to six or seven hours after a few years.

There’s no avoiding this decline, but if you always turn your laptop off at 0%, you might be degrading it faster than necessary. To keep track of your battery’s charge history, use our battery management tips and look at the battery health report in Windows.

It’s best to perform shallow discharges and recharge your battery frequently to keep its long-term health. Don’t get too worked up about it—if you’re on a plane and need to work, a brief discharge won’t harm your battery—but over time, it’s better to err on the side of charging frequently rather than running it down to zero.

If your battery is swollen, however, you should be concerned. If your battery is bulging to the point where it is pressing against the case of your laptop, causing a gap between the panels, you should turn off your computer immediately and (safely) replace the battery, lest you experience an explosive failure. (For more information, click here.)

When it’s time to replace the battery, don’t settle for a cheap knockoff from eBay; instead, go to the manufacturer or a reputable third-party retailer.

Low-quality batteries will not hold a charge well at best, and can be dangerous at worst. Stick to the manufacturer’s official offering or, in the case of laptops that charge over USB-C, a certified USB-PD charger for third-party chargers. 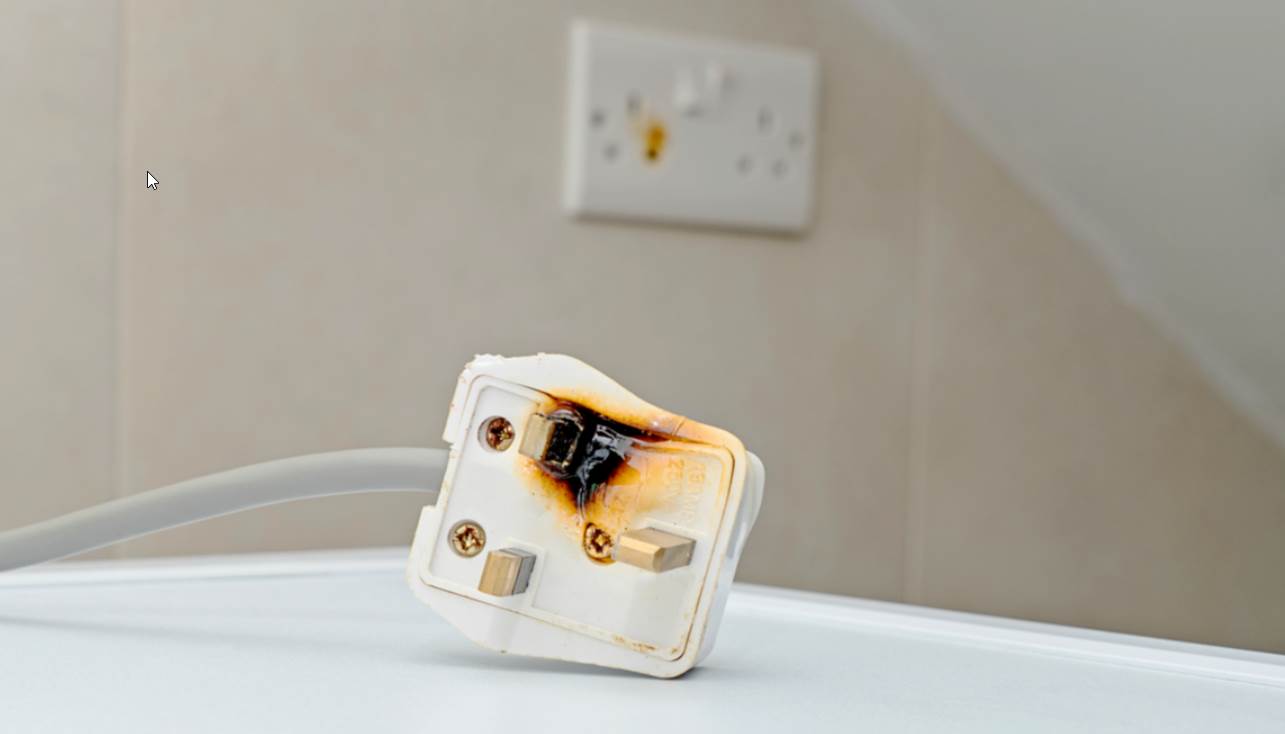 Your computer consumes a lot of power, and it’s vulnerable to power surges, which are brief spikes in voltage that come through the power line. These can occur as a result of power outages, the use of another high-power device in your home, or a city’s unreliable power grid.

Replace it every three to five years, as the protection wears out over time—if yours is old, it’s likely to provide no protection at all. Surge protectors won’t protect you from high-voltage spikes (like lightning), but they can protect you from smaller surges and help your PC last longer.

If you have a few extra dollars, you might consider investing in an uninterruptible power supply (UPS). This device includes a battery backup that protects your PC’s data in the event of a power outage.

Because of their portability, laptops require a little more attention. While a desktop’s power cable remains stationary for years, a laptop’s cable travels with you, prone to kinking, hard yanks from the wall, and other mistreatment.

Pulling the charger out of the wall from the plug, not the cable, can not only make the cable unreliable, but it can also cause a fire hazard.

Stressing the Cables and Ports 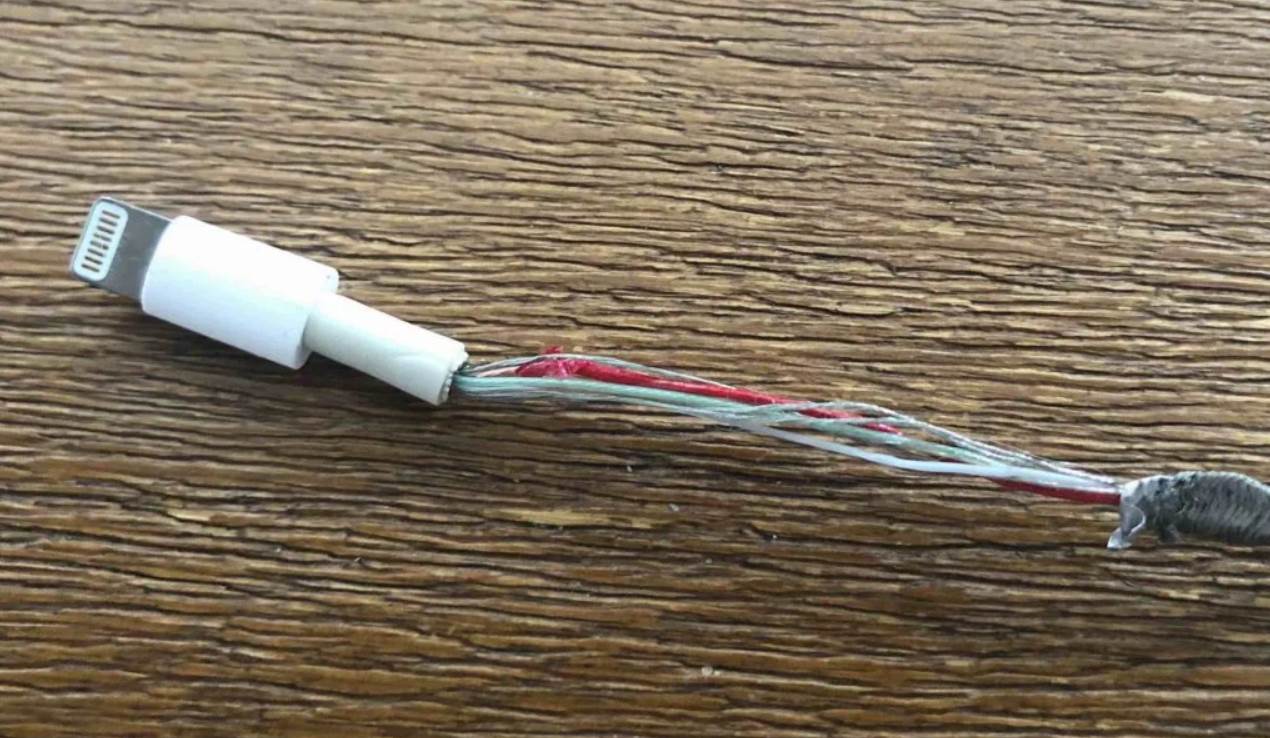 While damaging a USB port or cable isn’t as dangerous as mishandling a power adapter, it can still cause your computer to suffer irreversible damage. Although it may seem self-evident, don’t force cables into ports that aren’t sliding in properly (I once knew someone who forced a USB cable into a FireWire port and broke both).

Likewise, if you leave something plugged in, make sure it doesn’t bend. If you have a flash drive plugged into your laptop’s USB port, sitting cross-legged could bend the drive, causing damage to the drive, the port, or both. You certainly don’t want to ruin one of the USB ports on today’s laptops, which are scarce.

The same can be said about your cables. You’re more likely to break the connection inside the cable if you make sharp bends back and forth all the time, which can make the cable finicky or useless.

Keep them away from hungry children and pets who may chew through the plastic, and avoid wrapping them too tightly when coiling them. Thankfully, replacing a damaged cable is less expensive than replacing your computer, but why waste money when you don’t have to? 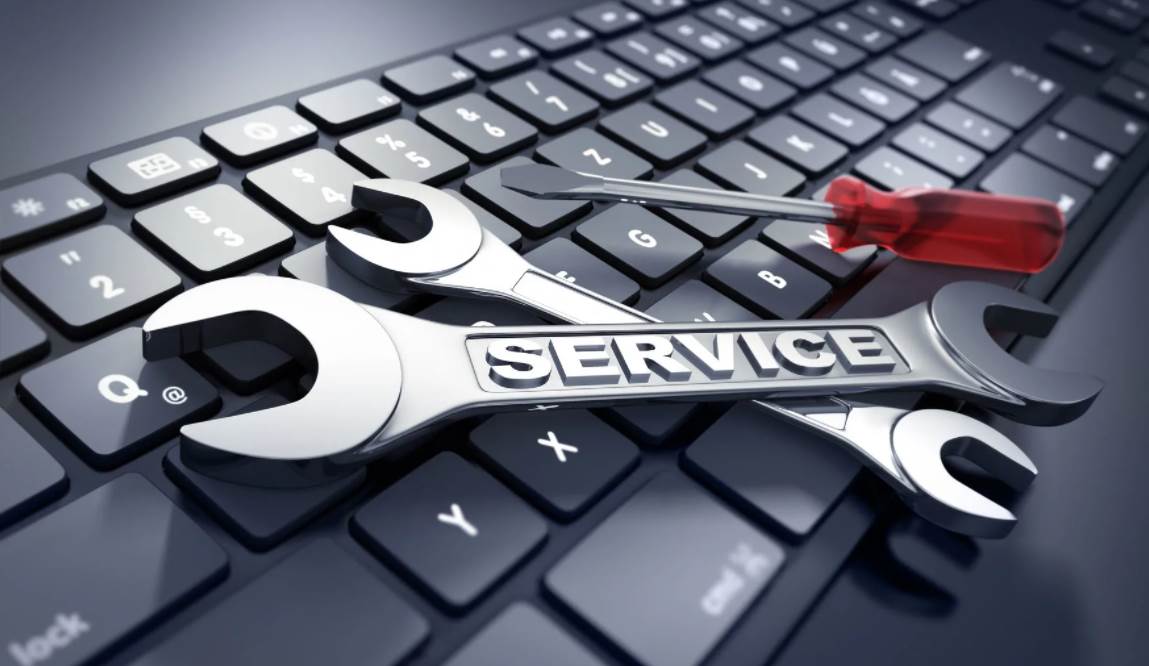 PC maintenance may have made a difference in the days of Windows XP, when hardware was limited and computers were slow. However, deleting unused and temporary files is unlikely to give you a significant speed boost these days.

Many “PC Cleaning” utilities are phishing scams designed to scare you into buying their product—and even the free, less phishingly designed ones are often unnecessary.

Furthermore, some types of “maintenance” can be dangerous. Registry cleaners are almost useless, but if they delete a necessary registry entry, they can cause problems. Similarly, these new “privacy” apps that claim to prevent Windows 10 from “spying” on you can cause certain features to break without you realizing it.

People on the internet are frequently perplexed as to why something has stopped working, only to discover that it is the fault of one of these tools. You’re better off learning what the settings in Windows 10 do and tweaking them yourself.

Use Windows’ built-in Disk Cleanup utility to clean up your hard drive and delete any movies, music, or other files you aren’t using. If your computer is running too slowly, try uninstalling startup programs or restarting your computer; if that doesn’t help, it’s probably time to upgrade your hardware. 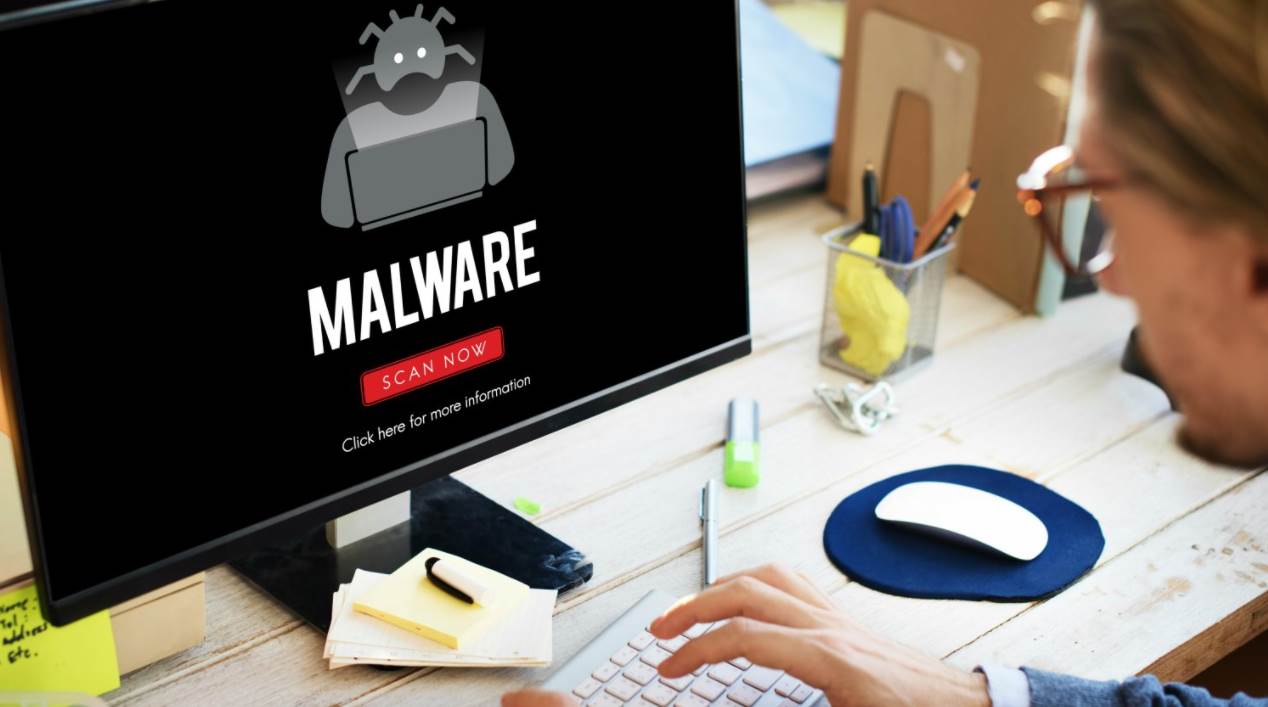 Contrary to popular belief, while “common sense” is important, it should not be your only malware defense. Even legitimate websites can become infected with malware, causing problems for you, so careful browsing isn’t always enough. Instead, you should install antivirus software on your computer.

If you just want to run a quick scan, the free version is fine, but the paid version includes anti-exploit features that block potentially harmful sites before they reach your screen. You’ll be well protected if you use it in conjunction with a traditional antivirus like Windows Defender.

Other basic security precautions remain in effect, such as keeping your software up to date (both Windows and the programs you use), using a good password manager (rather than using the same password on every site), and learning how to spot phishing scams.

Make sure not to pirate software (which often contains malware) and use a WPA2 password to secure your home Wi-Fi.

It may seem insignificant, but a bad piece of malware or ransomware can do a lot of damage.

Well, these were all the habits that are unknowingly destroying your PC. If you have been doing these, please stop. We hope this guide helps you to use your PC in a better and efficient way. 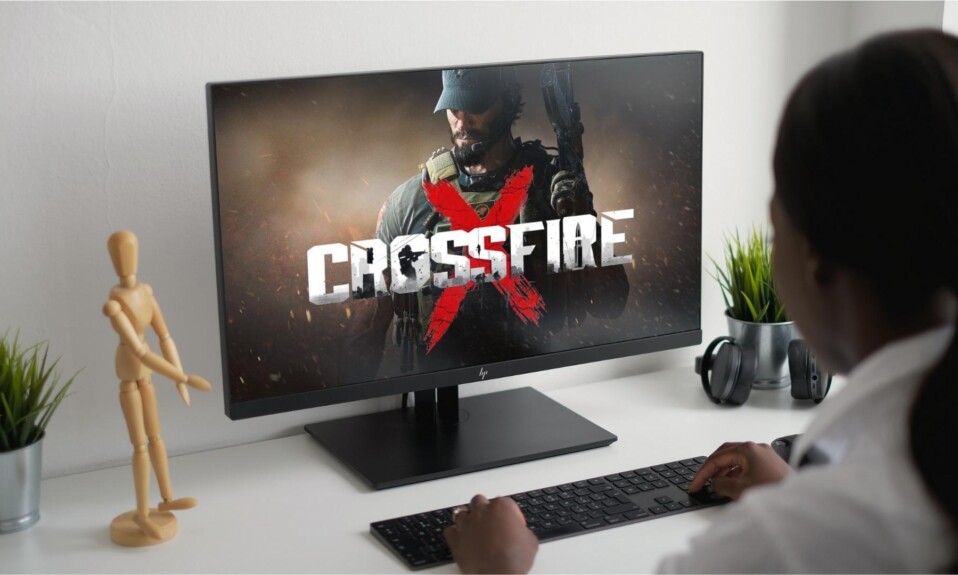 Is CrossfireX Available on PC? 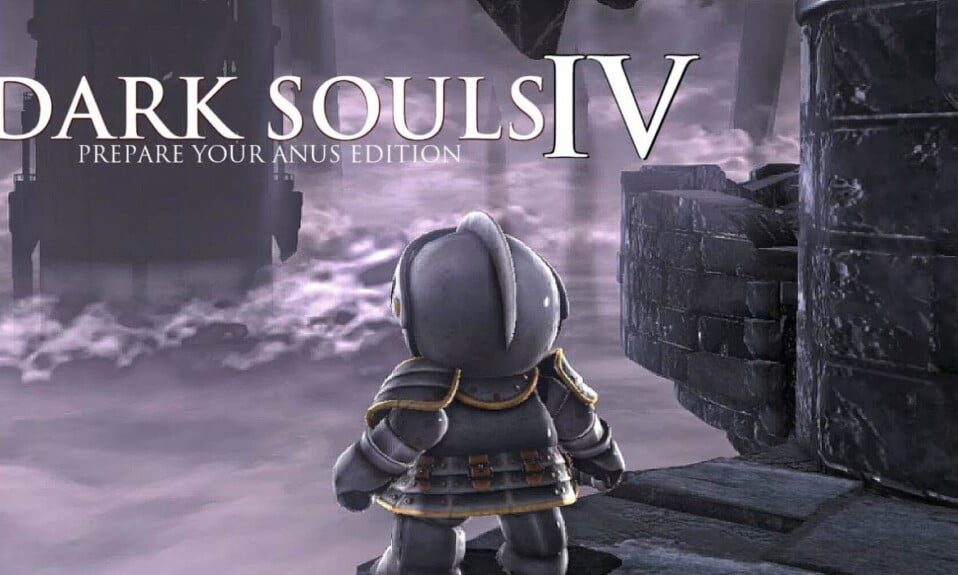