The graphics card in your gaming PC is the most important factor in determining the graphical fidelity and performance you see on screen. Overclocking your graphics card can push it even further than its out-of-the-box specs if you’re willing to tinker with it.

Overclocking your video card is similar to overclocking your CPU, but it’s a little easier: you’ll gradually increase the core frequency of your graphics card, testing it for stability with a benchmarking tool as you go (all while keeping it from getting too hot).

If you have one of Nvidia’s most recent RTX cards, the software we recommend in this guide might include the new “Nvidia Scanner” auto-overclocking feature, which can help you skip a lot of this. We’ve used it before, and it’s pretty good for a one-click solution, though a manual overclock will yield bigger speed gains if you’re willing to put in a little more effort.

We overclocked an Nvidia GeForce GTX 1080 Ti and an AMD Radeon RX 580 for this guide. This is how you do it. 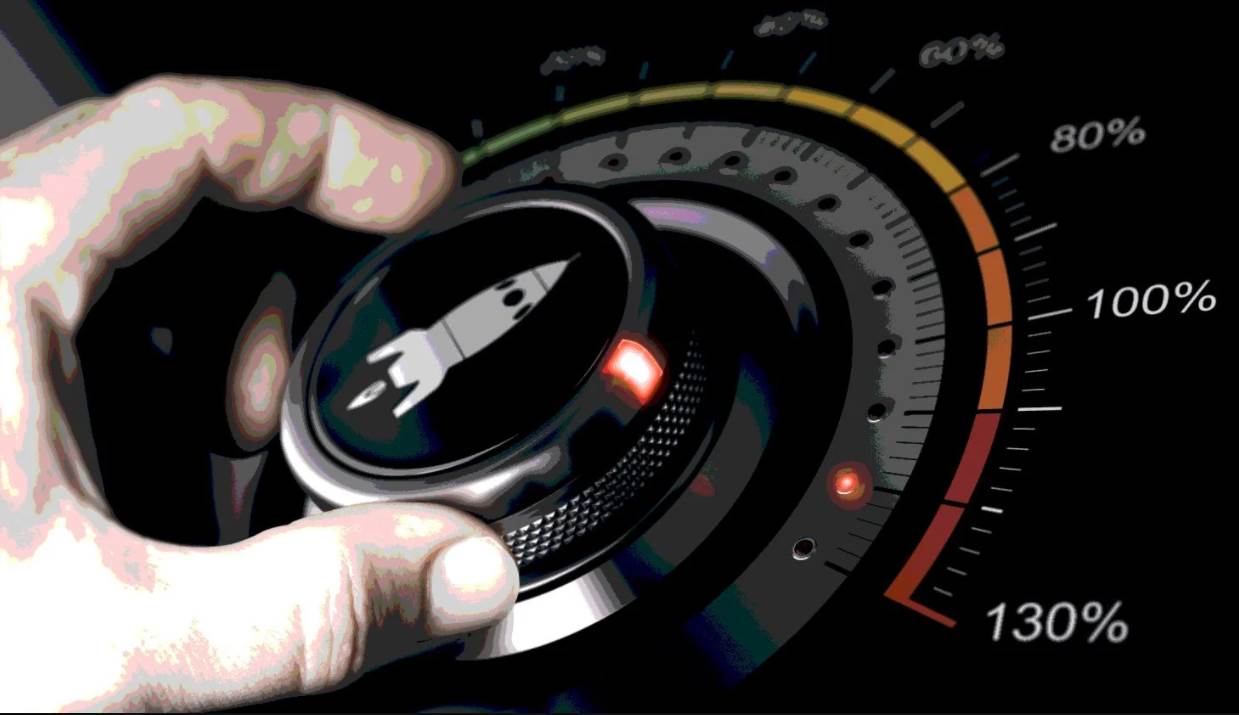 What You Need to Overclock

Overclocking is possible with almost any graphics card, though you’ll have better luck with a well-cooled card in a large case.

You’ll have less headroom if your card has a poor heatsink or is crammed into a tiny Mini-ITX build, and overclocking may not be worth your time. However, you’ll only need a few programs in terms of software: 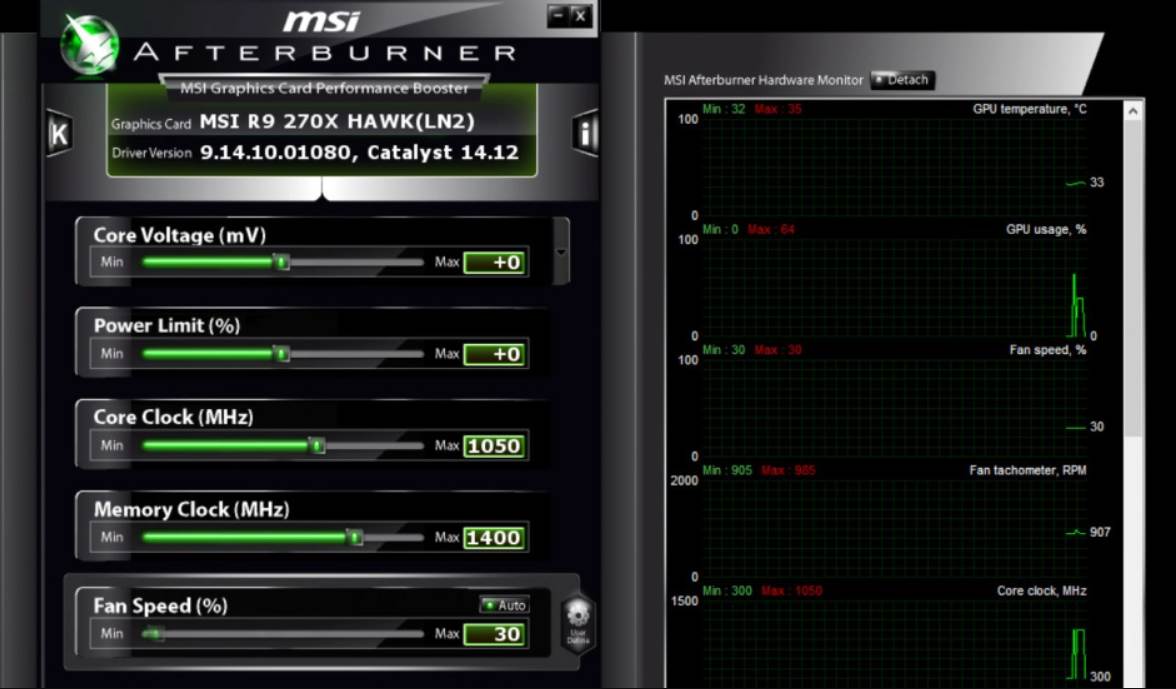 There are a variety of overclocking tools available, the majority of which come from various video card manufacturers.

We’ll be using MSI Afterburner for this guide, but you can also use EVGA Precision, Asus GPU Tweak, or AMD WattMan if you don’t like Afterburner’s interface. With the exception of WattMan, all of them will work on our card, regardless of the manufacturer.

The settings we’ll use should be consistent across programs; interfaces may differ slightly from those shown in the screenshots below. 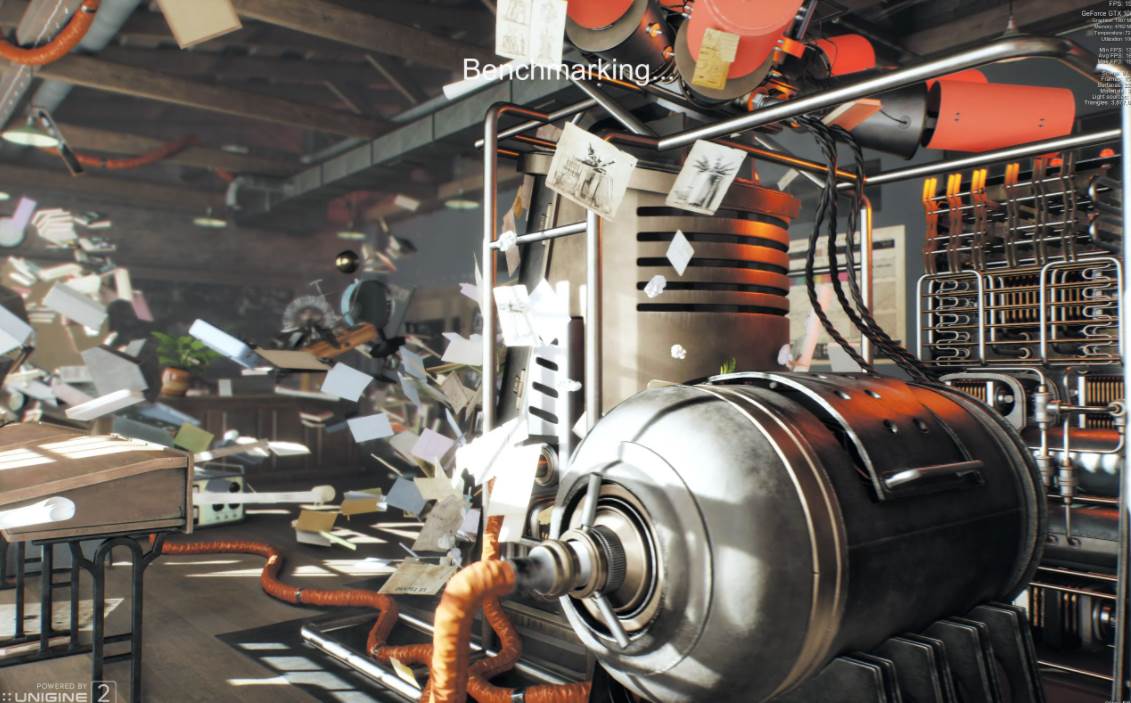 To stress-test, your graphics card, use a benchmarking tool that pushes it to its limits. We like to use both Unigine Superposition and Unigine Heaven—the former is newer and stresses newer cards more heavily, while the latter is slightly older but allows you to run an endless stress test without paying.

We’ll use both in this guide because it’s beneficial to have a variety of stress tests. 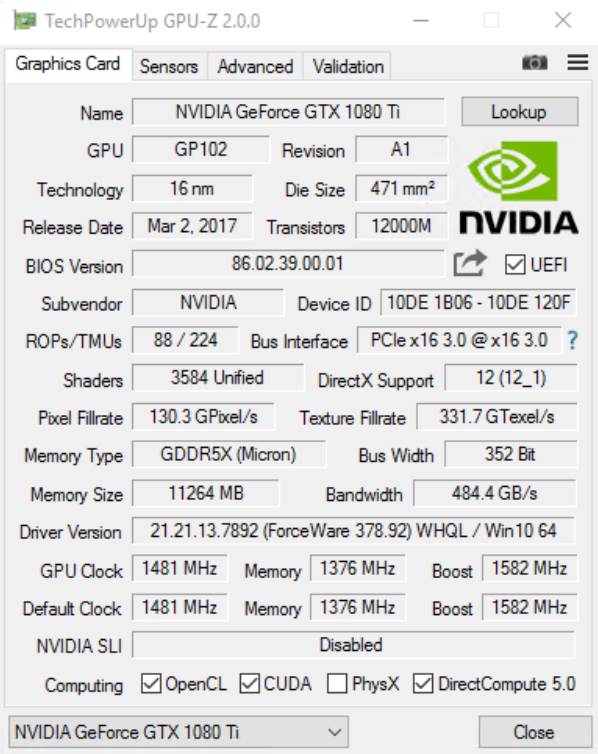 While it isn’t strictly necessary, we like to use GPU-Z to ensure that the clock and voltage changes I’m stress testing have actually occurred.

It’s time to start overclocking once you’ve installed all three of these components. 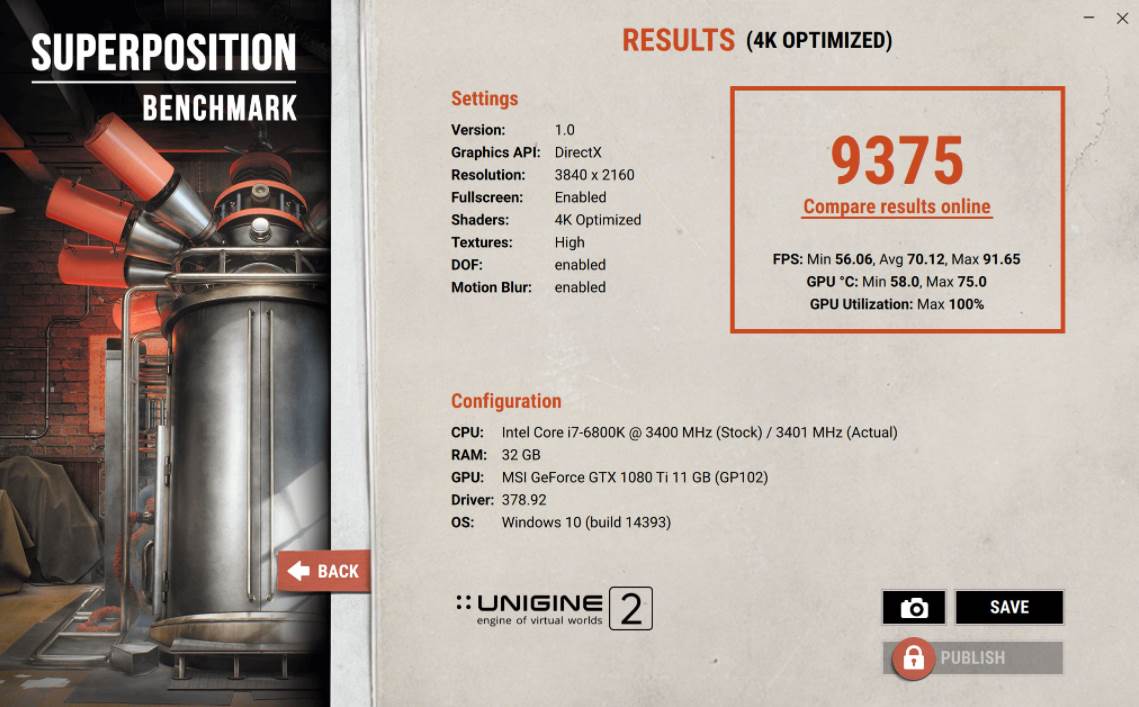 It’s a good idea to benchmark your system before you start so you can make sure it’s stable at its default clock speeds. This will also provide you with an estimate of how much performance you improved after everything is said and done, which is a nice bonus.

Start Superposition and select a Preset option from the menu. Choose something that’s close to or higher than the settings you’d use for most games.

You want Superposition to use your graphics card to its full potential while maintaining a respectable frame rate—1080p.

For most modern cards, High or Extreme is probably not a bad choice. Because you don’t want your frame rate to be locked to your monitor’s refresh rate, disable Vsync.

After that, press the big black Run button. It’ll take about five minutes to go through a series of scenes. In the corner, you’ll find performance data such as clock speed, frame rate, and temperature.

You might notice your clock speed fluctuating during the benchmark if you’re using a more recent card. Modern AMD and Nvidia cards adjust the boost clock based on the card’s temperature and power consumption, effectively self-overclocking to some extent if there is extra headroom.

Manually overclocking your card, on the other hand, can push these boost clocks even higher, allowing you to push performance beyond your card’s built-in limits.

If you’re a beginner, don’t worry too much about this—just know that your clock speeds will fluctuate, and that’s fine.

Also, keep an eye on your temperatures as the benchmark runs. You won’t see them get very high on this first pass, but as you start overclocking, they’ll rise, and you don’t want it to get too hot.

Because some auto-boosting cards will gracefully back down from their maximum boost clocks, we recommend overclocking with your fans set to 100% to eliminate temperature as a factor (you can always turn them back down later).

Older cards aren’t as good at throttling down, so overclock with whatever fan control you plan on using in the long run, and avoid overclocks that cause your temperature to rise above the mid-80s.

You’ll see a final scorecard once the benchmark is completed. Write down the benchmark score, as well as the minimum, maximum, and average frame rates from that scorecard—and keep an eye on your temperatures as the benchmark runs. 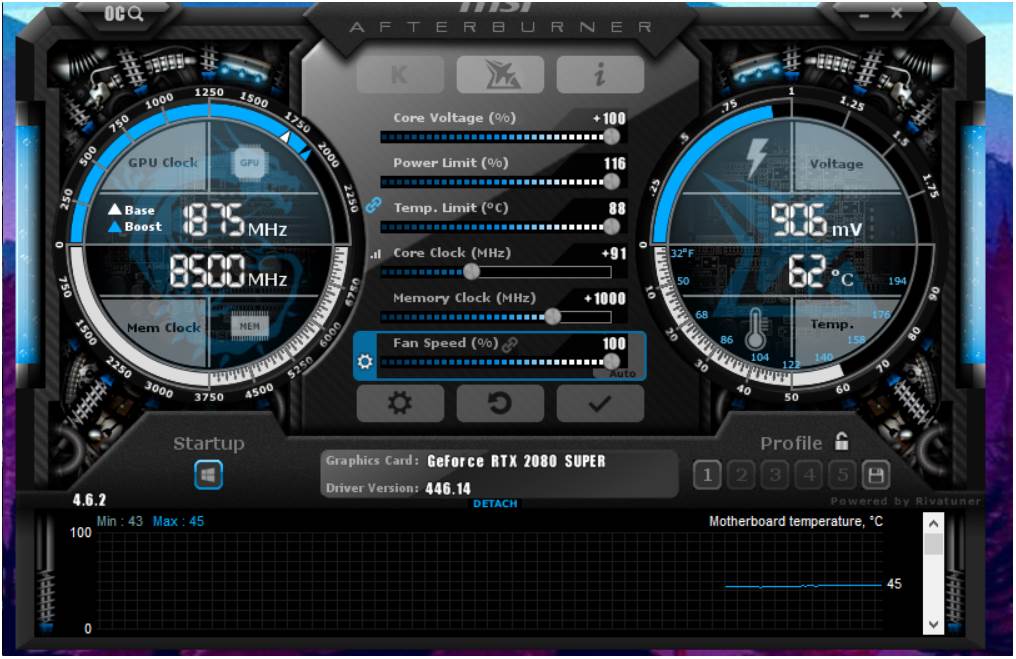 Are you ready to begin pushing? Push the Power Limit slider all the way up in MSI Afterburner (or your favorite overclocking tool). Set the Temperature Limit slider to whatever you want (the maximum is usually fine, but you can go a little lower if you’re extra cautious).

Then, by about 10MHz, increase your Core Clock. Run Superposition once more after clicking the Apply button. As the benchmark runs, keep an eye on the temperatures and make sure there are no artifacts (weird lines, boxes, or static that flash on the screen).

After that, write down your frame rates and increase the Core by 10MHz. Repeat the boosting and benchmarking process until you run into problems.

The benchmark will fail at some point, either by crashing or by flashing artifacts across the screen as it runs. Restart your computer if this happens. (Be aware that if Superposition crashes, it will ignore your set clock speeds and revert to stock until you reboot.)

You can stop here if you want: return to your last stable clock speed and proceed to Step 4. There are a few other things you can do if you’re willing to push it a little further. 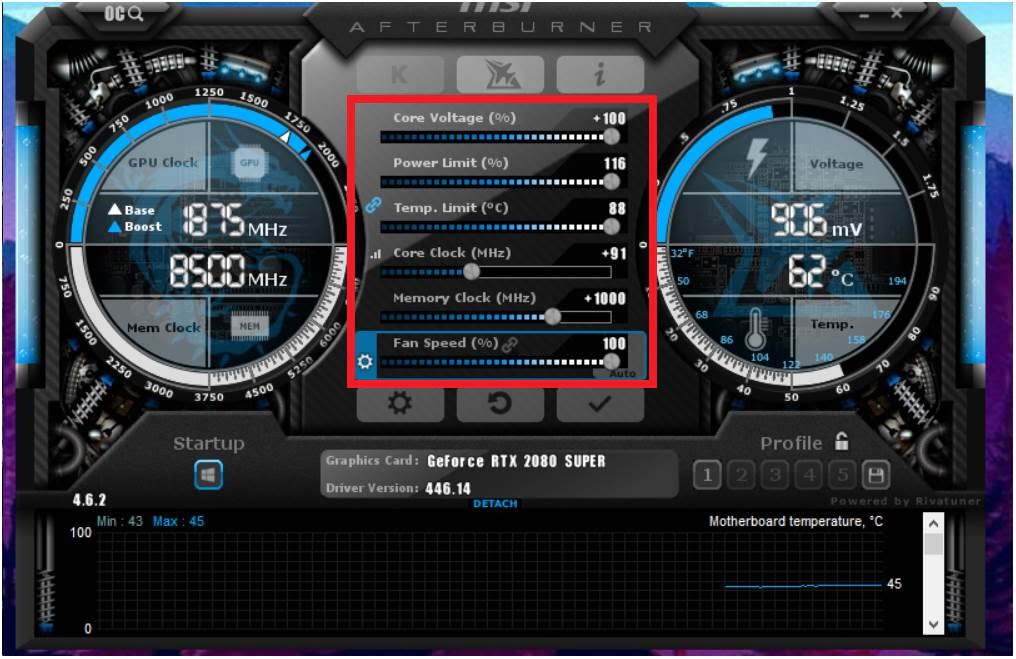 If your temperatures are still within the safe range, increasing the voltage on your card may allow you to push it a little further. Depending on the card, this may allow for higher stable clock speeds.

To do so, go to Afterburner’s settings and check the Unlock Voltage Control and Unlock Voltage Monitoring boxes under the General tab. Click OK after changing the voltage control drop-down to Third Party. Voltage should appear as a new slider in Afterburner’s main window.

You can increase the voltage supplied to the card if this slider measures voltage in millivolts. If it shows a percentage value, as it does on many new Nvidia cards, I recommend leaving it alone because it won’t actually increase the amount of voltage you can access.

Increase this by 10mV or so for cards that support it, and rerun your benchmark. If you’re not experiencing any crashes, try increasing the Core Clock even more. When your Core Clock becomes unstable, increase the voltage a little more.

Because increasing the voltage can produce more heat, this is where you should pay special attention to those temperatures. To ensure that you don’t damage your hardware, look up the maximum safe voltage for your card.

You can increase your Memory Clock in the same way you increased your Core Clock once you’ve reached a stable Core Clock. Increase the frequency by about 100MHz, run your benchmark, and repeat the process as you did with Core Clock.

Overclocking your memory too far may not always result in artifacts or crashes—it may simply reduce performance due to error correction in your memory. Keep an eye out for crashes and a drop in frames per second, and then turn off the Memory Clock.

Step 4: Run a Final Stress Test and Play Some Games 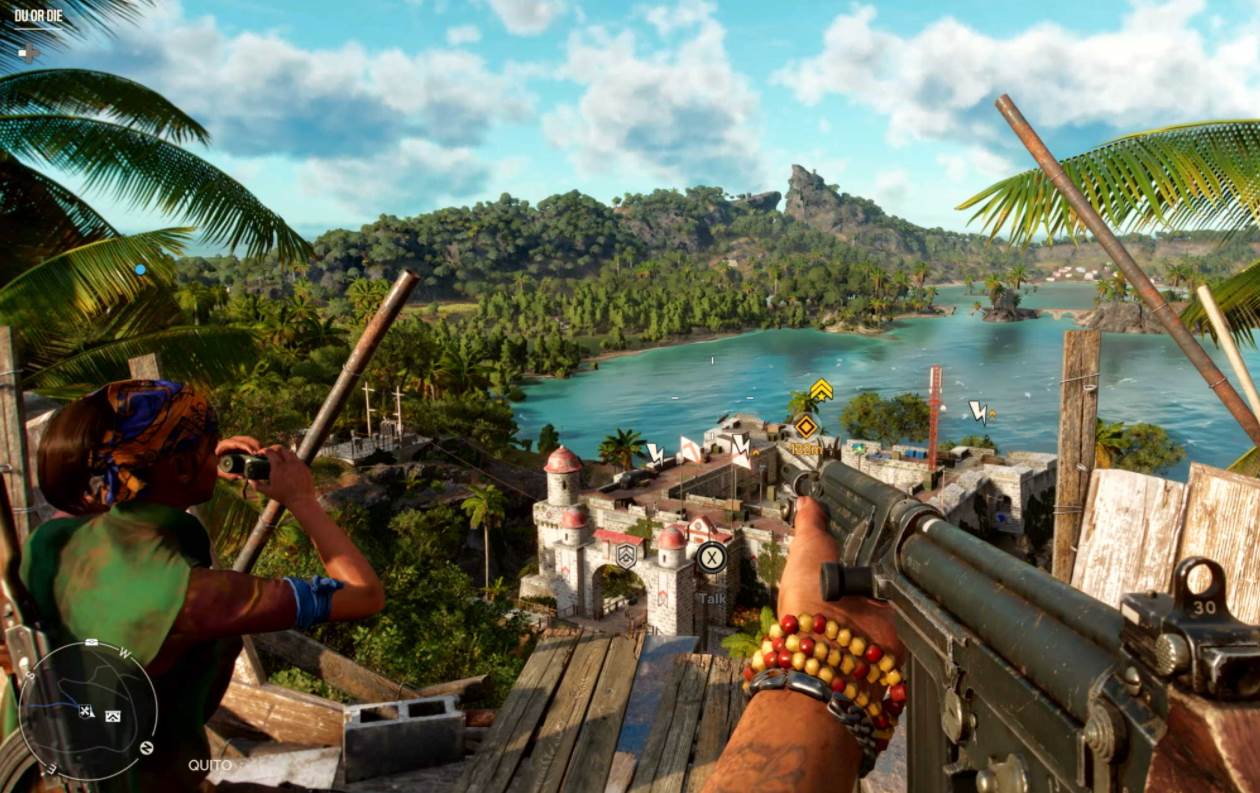 It’s time to put your card to the test again once you’ve found some reasonably stable settings. Start Heaven and adjust your graphics settings—since it’s an older game, you’ll probably want to go as high as possible to make sure it’s maxing out your graphics card. To begin the stress test, press the Run button.

Unlike the free version of Superposition, which only allows you to run one benchmark at a time, Heaven will run indefinitely until it crashes or you exit the program.

Allow it to run for a few hours while you monitor your temperatures to ensure that they are safe. Keep an eye out for any evidence of a crash or artifacts. If it crashes, you may need to set your clocks back a few minutes to ensure they’re perfectly stable.

Finally, fire up some of your favorite games and have some fun! GPU overclocks can be finicky, and a benchmark can sometimes stay stable even if a game crashes.

You can also use an in-game benchmark—Metro Exodus is a good choice, especially if you have an RTX card, because you can turn off DLSS and put your card through its paces.

You should be able to find the ideal settings for your rig after some time and tweaking, and you should notice a small performance boost.

In the end, both the GTX 1080 Ti and the RX 580 gave us a similar performance boost. We saw a 7 to 11FPS increase on average when using lower graphics settings with high frame rates (in the hundreds)—not bad if you’re using a high refresh rate monitor.

Further, we got 3 to 5 more frames per second with high graphics settings and lower frame rates (30-60fps). That may not seem like much, but if you’re using a 60Hz monitor with Vsync enabled, dropping below 60fps even slightly can cut your frame rate in half due to the way Vsync works.

That means that in some high-fidelity scenes, a few frames can mean the difference between 60fps and 30fps, which is nothing to sneeze at. Your results may vary, as this varies from rig to rig—especially if your CPU is the system’s bottleneck.

This isn’t the end of the story, either. From here, you can customize your cooling with Afterburner’s fan curve, experiment with Nvidia’s GPU Boost curve for finer-grained overclocking, or modify your card’s hardware or BIOS to push it even further. Have fun on the ride!

Now after reading this guide, if you are thinking about graphics settings, here’s a guide where we have explained all video game graphics and settings, you can take a lot at that.

We hope our guide to overclocking your graphics card helped you understand everything you need. If you liked this, don’t forget to check out our gaming, troubleshooting, and computing guides.

Furthermore, if you have any questions or suggestions, please use the comment box below to contact us.