The Runecarver in Torghast uses Soul Ash to craft and upgrade Legendary equipment. Since both Torghast wings reset weekly, farming Soul Ash for each wing only occurs once a week, it’s hard to “farm” Soul Ash in World of Warcraft. There are reliable ways to set up a Soul Ash farm and maintain a steady flow between weekly resets, but those wells do dry out after a while.

In World of Warcraft, Soul Ash farming opportunities are available almost immediately after entering the Shadowlands. It’s up to you to save the lives of other Alliance and Horde members in Torghast. But for those who don’t have the time or patience to keep boosting their Torghast layers, these quests are an alternative. Torghast and the introductory quests should give players enough Soul Ash to make a Legendary after a few attempts. Possibly, they’ll be able to improve it. 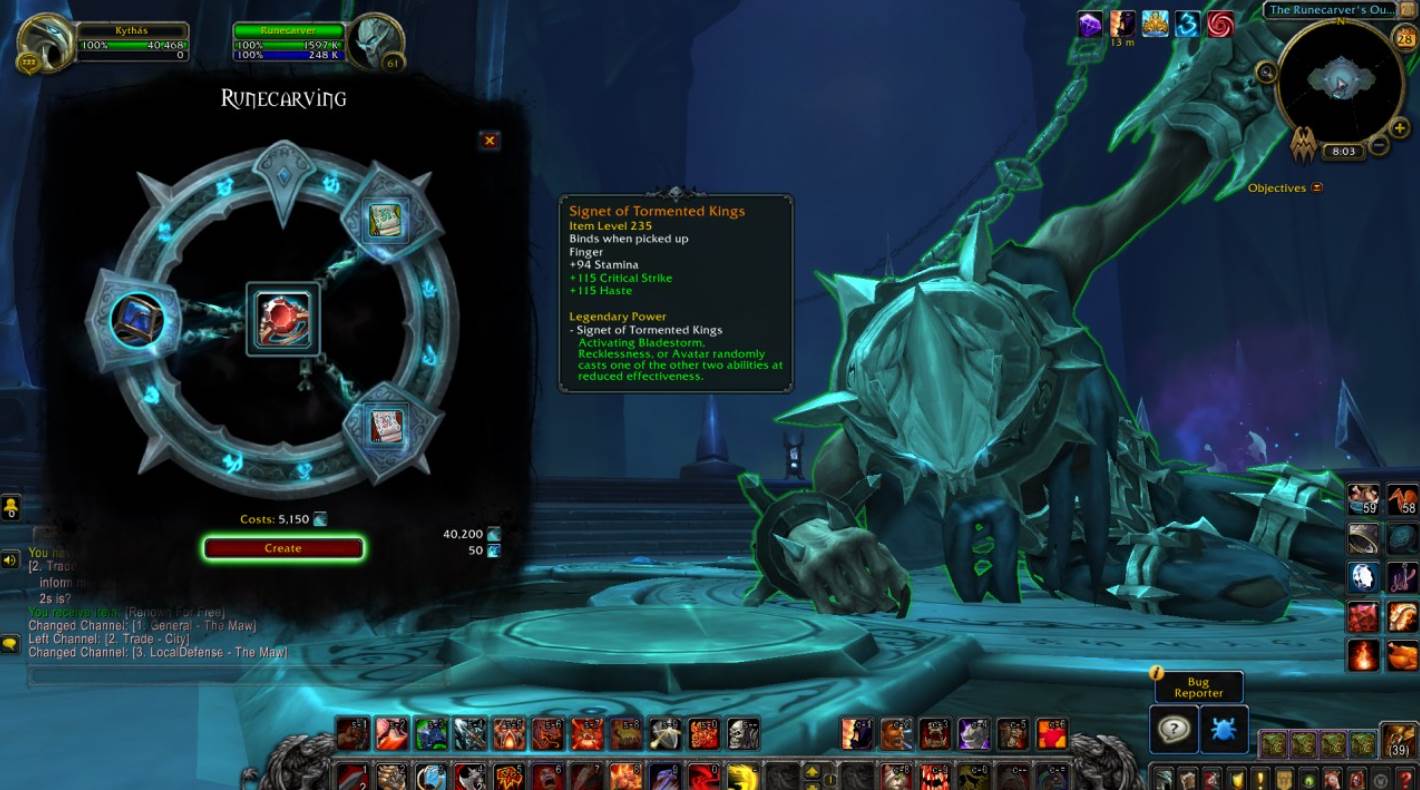 How to Farm Soul Ash in World of Warcraft?

There are a few things the game does to allow players to make reasonable amounts of Soul Ash each week when it comes to how to get Soul Ash fast. With the recent announcement of World of Warcraft’s next expansion, a new influx of players has returned to the game.

As soon as a new character is created, he or she should begin gathering Soul Ash, which is an extremely valuable resource for Shadowlands content. To obtain your first Legendary, simply complete the questline in Torghast and keep climbing the endless tower.

What Is Soul Ash Used For?

The Runecarver can only work with Soul Ash, a new resource in World of Warcraft: Shadowlands, to craft Legendary items. Depending on the player’s current stock of Soul Ash, these upgrades can be applied sequentially or all at once. The removal of the Soul Ash limit in 9.1 makes it a little easier to collect the resource over a period of time without having to worry about wasting time.

It costs 1,250 Soul Ash to purchase an Item Level 190 Legendary item from the Runecarver. To get their entry-level Legendary, players will have to run the randomly generated dungeon at least once to earn the extra 1,250 Soul Ash required to complete the Torghast questline and save Anduin.

Item Level 260 can be reached by upgrading legendary items five times. Except for the fifth and sixth upgrades, which cost the same amount with a different number of additional Cinders, each step of the upgrade progression costs more Soul Ash than the previous one.

It is possible to buy these ranks all at once, or one at a time as the player accumulates the necessary resources. If you want an instant max-level item, you’ll need to pay 21,900 Soul Ash and 2,050 Cinders, which are available at higher Item Levels, but they can be crafted. All those Torghast runs add up quickly!

5 Best Ways To Farm Soul Ash in World of Warcraft

Here we have listed the 5 best ways one can farm Soul Ash in World of Warcraft. When you play the game, make sure to remember these things. So without taking anymore time, let’s begin.

1. Complete Wings In Torghast Until Layer 12 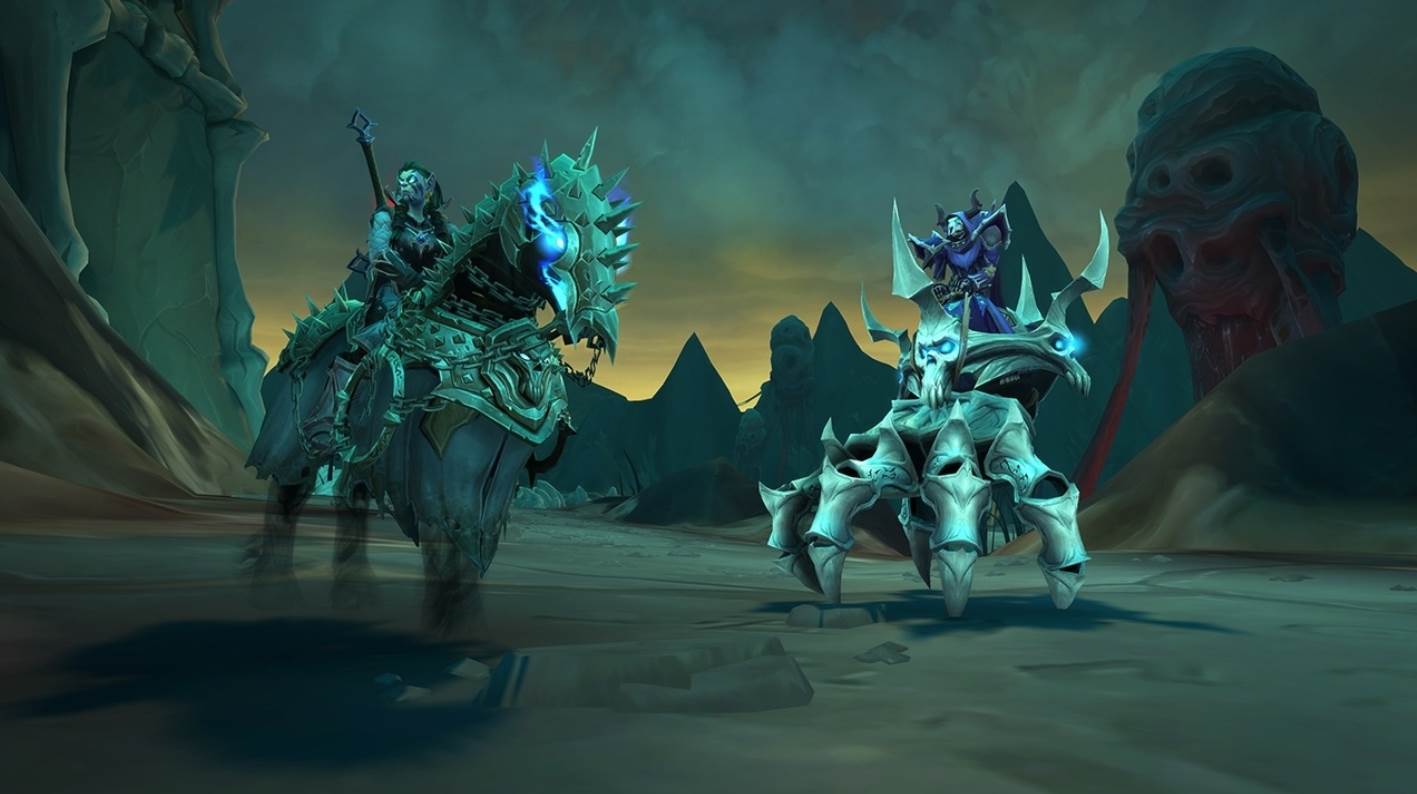 In the beginning stages of Torghast, players are limited to one layer of each wing for each wing. Each wing’s second layer is unlocked once layer 1 is completed. Wing that wasn’t finished in the first layer is included here. The more layers you add, the more efficient you will be at farming Soul Ash each week. However, as the number of layers increases, so does the value of each layer’s reward.

For example, running an additional layer 2 run in Torghast will reward you with both level 1 and level 2, but the level 2 reward will be significantly lower than level 1.

Layer 3 unlocks for both wings when layer 2 is completed, and so on. Layer 12 rewards are small on their own, but completing an entirely new Torghast run will grant you all eight layers’ worth of rewards. At every level, it’s a good idea to alternate between wings. This way, players can earn more Soul Ash while spending less time doing tasks for which they won’t be rewarded.

2. Complete Layer 12 Of Both Wings Each Week 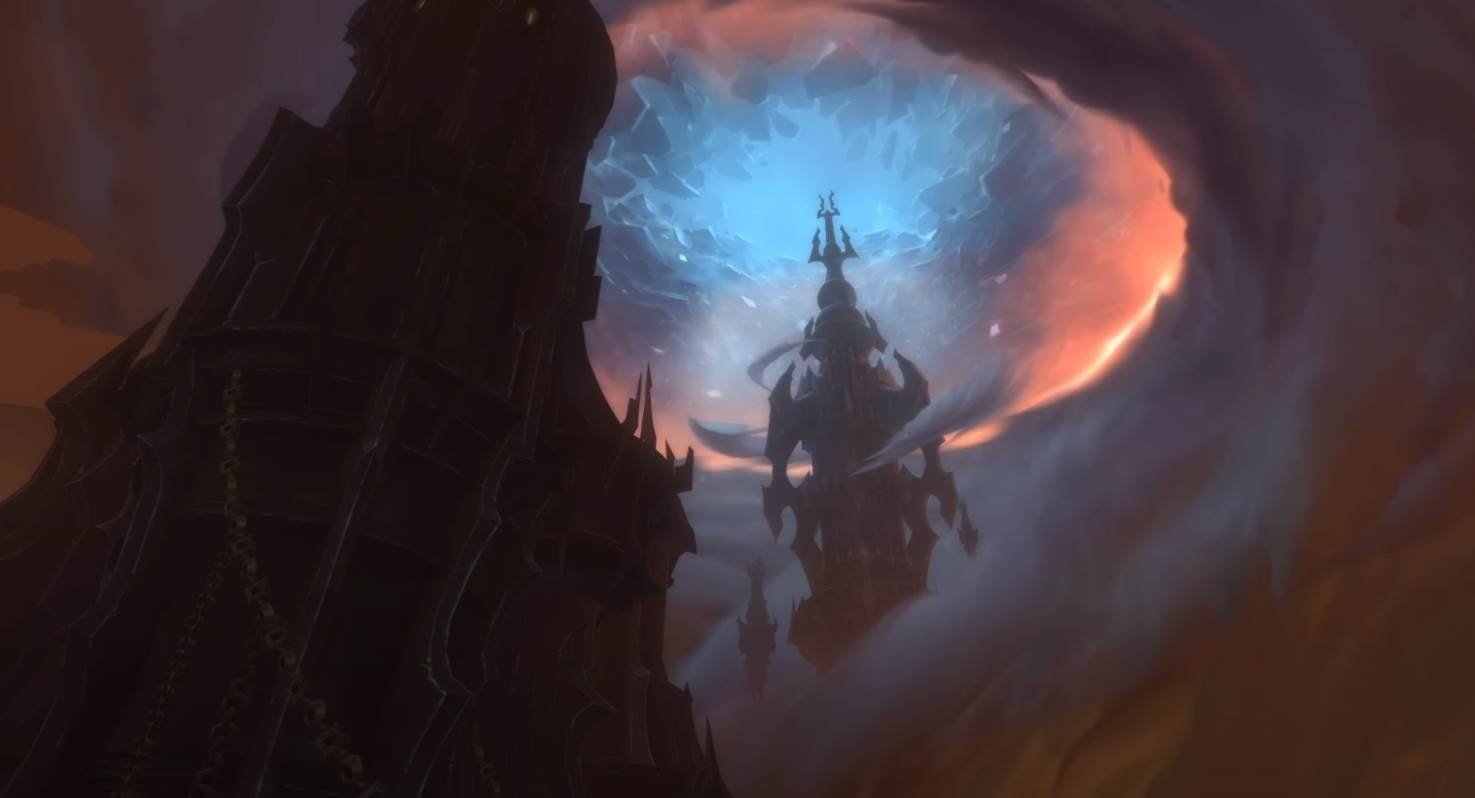 Once the maximum level of Torghast is unlocked, it remains so. Torghast doesn’t have to be completed from the beginning every week. To avoid this, they can simply jump in, do the level 12 layer for each wing, and then exit. They don’t lose out on rewards because they didn’t finish earlier layers. Each wing receives a single large drop of Soul Ash as a reward from each successive layer. Each wing drops 1,040 Soul Ash at layer 12. When both wings are completed, the player will receive 2,080 Soul Ash.

Until the 9.1 update, Soul Ash farming was hindered by the fact that only two wings were available each week. Twisting Corridors Wing in Torghast does not reward Soul Ash, only cosmetics and a mount that can be used in Maw on the final layer. The Twisting Corridors are a waste of time for a regular WoW Soul Ash farm because it costs 1,250 to create a new legendary piece of gear and 750 to improve it to the second upgrade level.

3. Send Companions On Adventures In The Maw 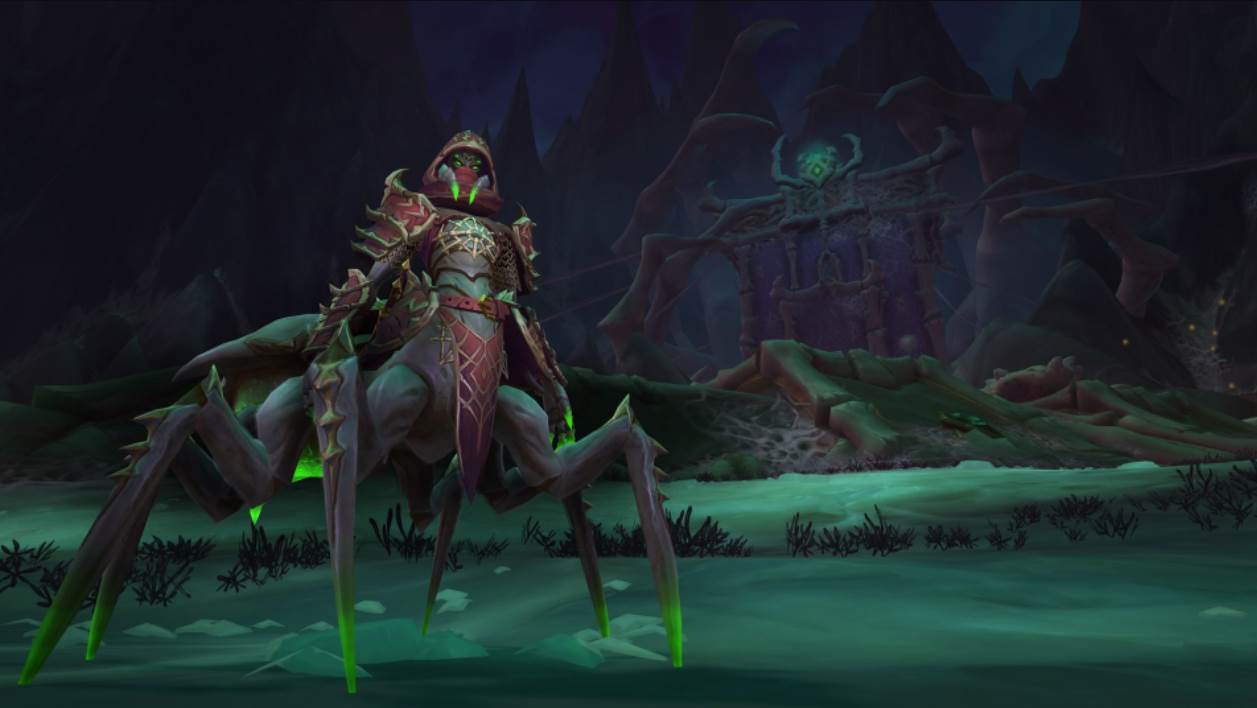 Each Covenant has its own Command Table, which serves the same purpose as in previous expansions. Throughout the game, the player can earn companions to take on custom Adventures that require actual time and effort. When this is done, the companions learn and grow. With each victory, the player receives rewards, from gold to crafting supplies and more. One of the quickest ways to obtain Soul Ash is by repeatedly running Torghast.

The command table may display an adventure in The Maw, which always results in a small amount of Soul Ash. However, players should double-check the effects of these adventures before sending their companions to The Maw. They’re also a lot more difficult to obtain, as Soul Ash is an extremely valuable resource. Keep an eye out for these, as they only appear once a day on average.

4. Rescue Baine To Start Searching For Jaina and Thrall 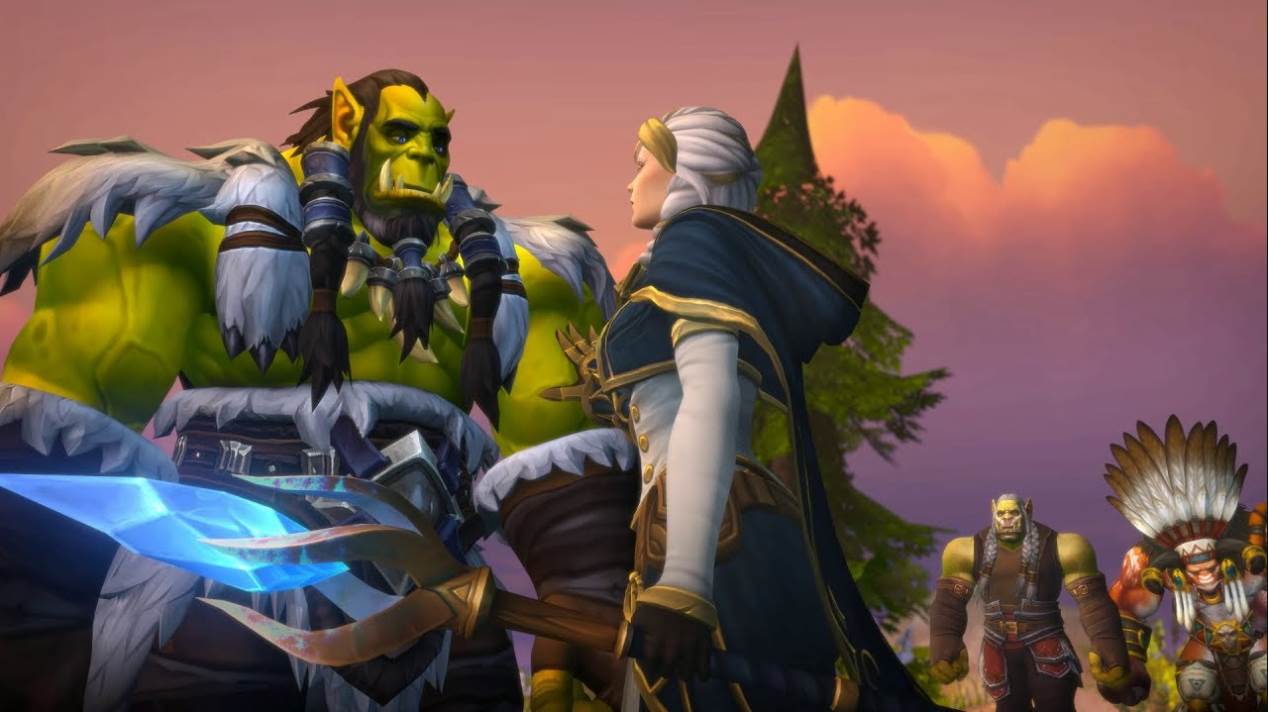 As part of the Torghast introductory questline, you’ll be helping Bolvar Fordragon find Baine Bloodhood, Jaina Proudmoore, and former Horde Warchief Thrall. However, the subsequent questline that leads to Jaina and Thrall does grant additional Soul Ash, so rescuing Baine is not a requirement for that reward. In order to complete the “Explore Torghast” quest, you must find a clue to Jaina’s whereabouts. You can find the clue no matter what wings are currently available.

A total of 150 Soul Ash is earned by completing the following quests, “Remnants of Hope” and “Information for a Price.” For 50 each, this opens the door to the search for Thrall, which includes “Finding A Witness” and “Lest The Trail Go Cold.” For a total of 400 Soul Ash, complete the quests that directly involve saving Jaina and Thrall.

To sum it all up, completing these specific quests nets you an additional 850 Soul Ash. The main questline continues, but there are no more quests involving Soul Ash because gathering it is a time-consuming task. In order to obtain your first Legendary more quickly, it is critical that you collect even the resource’s non-repeatable non-repeatable sources.

5. Complete The Questline To Find Anduin In Torghast 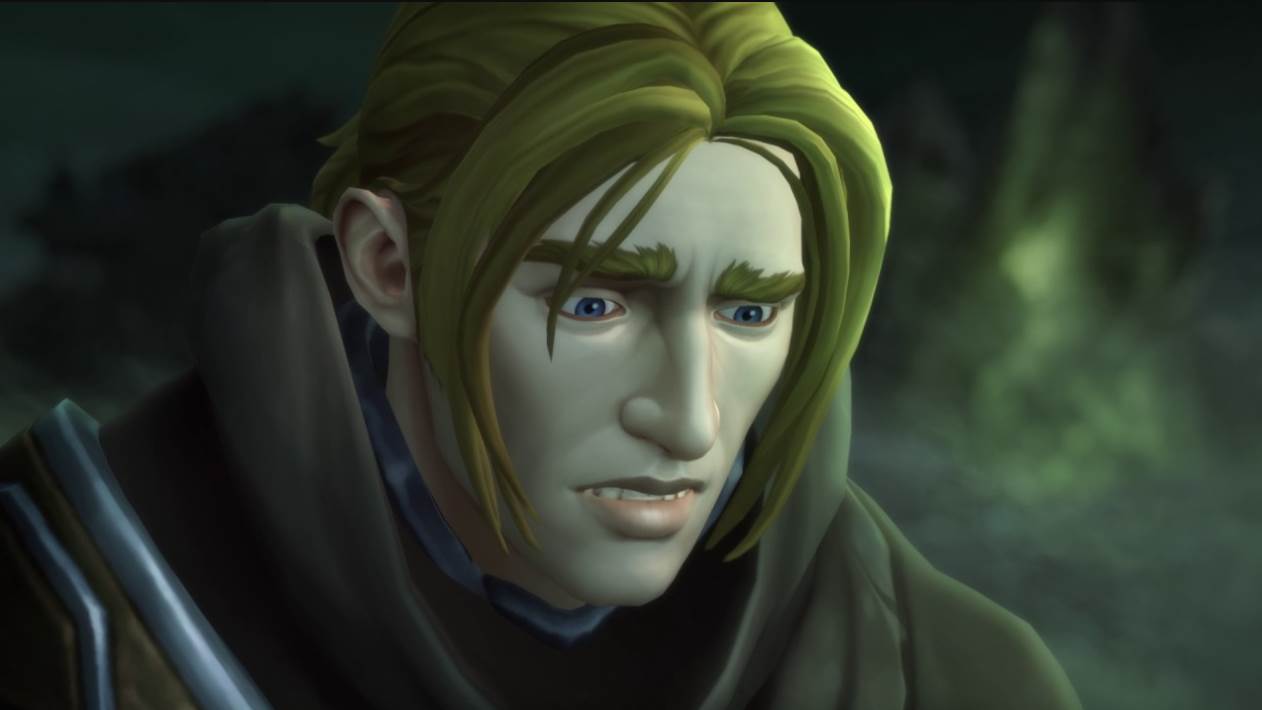 “Signs of the Lion” is the only Twisting Corridors quest that rewards the player with Soul Ash for completing it. Even if the Twisting Corridors are only eighteen levels deep, players should expect to spend a long time traversing them.

The “No More Lies” cutscene, which was added in patch 9.1, grants 250 Soul Ash in addition to the 50 Soul Ash awarded for completing this quest.

Well, these are the best ways to farm Soul ASk in World of Warcraft. We hope this guide helped you. If you liked this, make sure to check out the best Elden Ring mods.