Trainers will be able to catch as many of the Pokémon as possible, as well as its Shiny form and exclusive moves for its evolution Walrein, during the Pokémon Go Spheal Community Day. Here’s a quick rundown of everything trainers should know about the competition.

It’s one of two Community Days in January that will give trainers twice as much fun catching Pokémon. While the second Community Day event, which will feature Bulbasaur, won’t take place until the end of the month, Pokémon Go trainers can now catch Spheal, an Ice and Water-type from the Hoenn region. 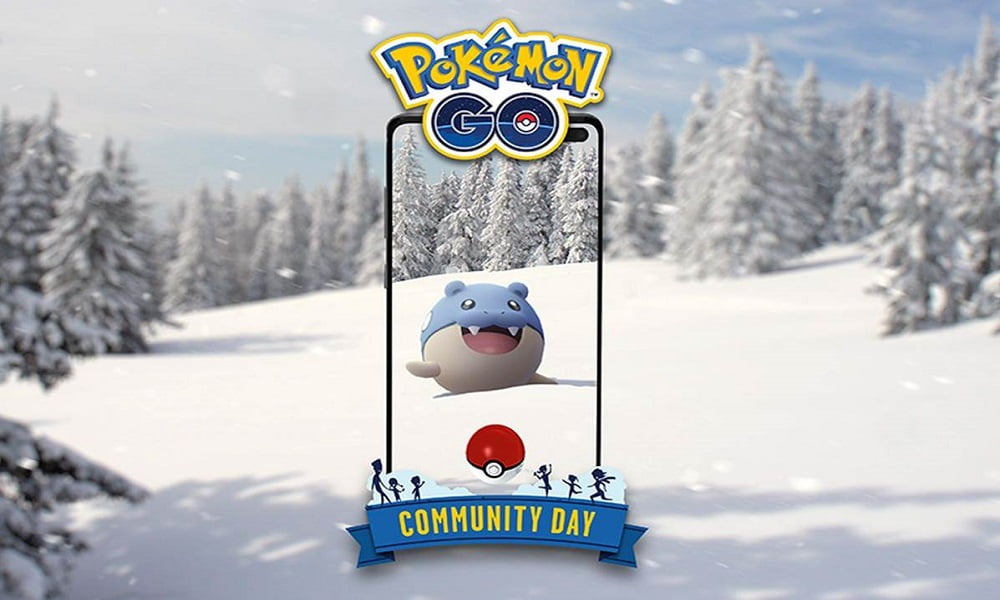 The Pokémon Go Spheal Community Day will run from 11 a.m. to 5 p.m. local time on Sunday, January 16. Spheal will appear in the wild more frequently during the six-hour event window, as well as via Incense used by trainers.

How to Catch Shiny Spheal in Pokémon Go

The Hoenn-region Pokémon Spheal will appear more frequently during the Community Day event, but trainers will want to try their luck at finding Shiny Spheal during the event.

During a Community Day, the likelihood of a specific Shiny Pokémon appearing has been shown to increase. The Shiny odds for any given Pokémon are approximately 1 in 500, according to The Silph Road, a Pokémon Go community site.

Certain events, such as Community Day, will, however, increase those chances. The Silph Road confirms that finding a specific Pokémon on its own Community Day is a very realistic 1 in 25 chance.

Trainers simply have to encounter every Spheal found in the wild during the six-hour window to catch a Shiny Spheal in Pokémon Go during Community Day. When a trainer is taken to the capture screen, they will learn whether or not they have discovered a Shiny.

Trainers will recognize a Shiny Spheal by the special variant’s different coloration. Shiny Spheal turns a noticeable pink color instead of its usual light blue.

During the capture portion of the encounter, any trainer who is having trouble identifying a Shiny Spheal can look for the Shiny symbol next to the Pokemon’s name to double-check.

Trainers can also use an Incense, as mentioned above, to increase the number of Spheal they encounter.

How to Get Walrein with a Shadow Ball in Pokémon Go

Trainers usually get one exclusive move after evolving the featured Pokémon during Community Days in Pokémon Go. Trainers will, however, have two exclusive moves at this weekend’s event.

Water and Ice-type Pokémon will learn the Charged Attack Icicle Spear and the Fast Attack Powder Snow when they evolve Spheal all the way to Walrein. In both PVP and PVE battles, Icicle Spear is a 60 base power move. Because it doesn’t take much energy to use, Walrein could become one of the best Ice-type attackers in the game.

In the case of Powder Snow, Walrein will have another option in addition to Frost Breath thanks to the Ice-type Fast Move.

Trainers can evolve their Spheal until 7 p.m. local time on Saturday, January 16 in order to get both exclusive moves for their Walrein. Trainers who miss the deadline can replace Walrein’s Charged or Fast moves with an Elite Charged TM or Elite Fast TM.

How Can You Make the Most of Spheal Community Day?

Catch XP will be tripled during the Community Day event. If you plan on catching a lot of Spheal, this means you can earn a lot of XP by using Lucky Egg items. Incense and Lures will also last 3 hours, so you can use them to boost your Spheal spawns even more.

Well, that’s all we have here about Pokémon Go Spheal Community Day. We hope this guide helped you. Why Chatot Is Banned In Competitive Pokémon What is a Pokémon Go Evolution Calculator?