Every week in Fortnite Battle Royale, there are new Resistance Challenges, which are in addition to the regular weekly challenges. Prior to being able to take on the new Resistance Challenges for this week, you must first complete all of the previous ones. However, players are interested to know about where they can recover a data drive from Daily Rubble in Fortnite.

Map changes, new battle passes, and a ton of challenges await players in Fortnite Chapter 3 Season 2, which is currently in full swing. There is no shortage of things to do, from seasonal quests to completing a new character collection. The Fortnite Recover a Data Drive from Daily Rubble quest and its location are covered in detail in this walkthrough.

You’ll also gain some extra XP for the season by completing these challenges, which will help you level up and earn more Battle Stars. In order to purchase cosmetics from the Chapter 3, Season 2 Battle Pass, you will need these Battle Stars. With our help, we’ll show you exactly where a Data Drive is located in the Daily Rubble to help speed up the challenge completion. 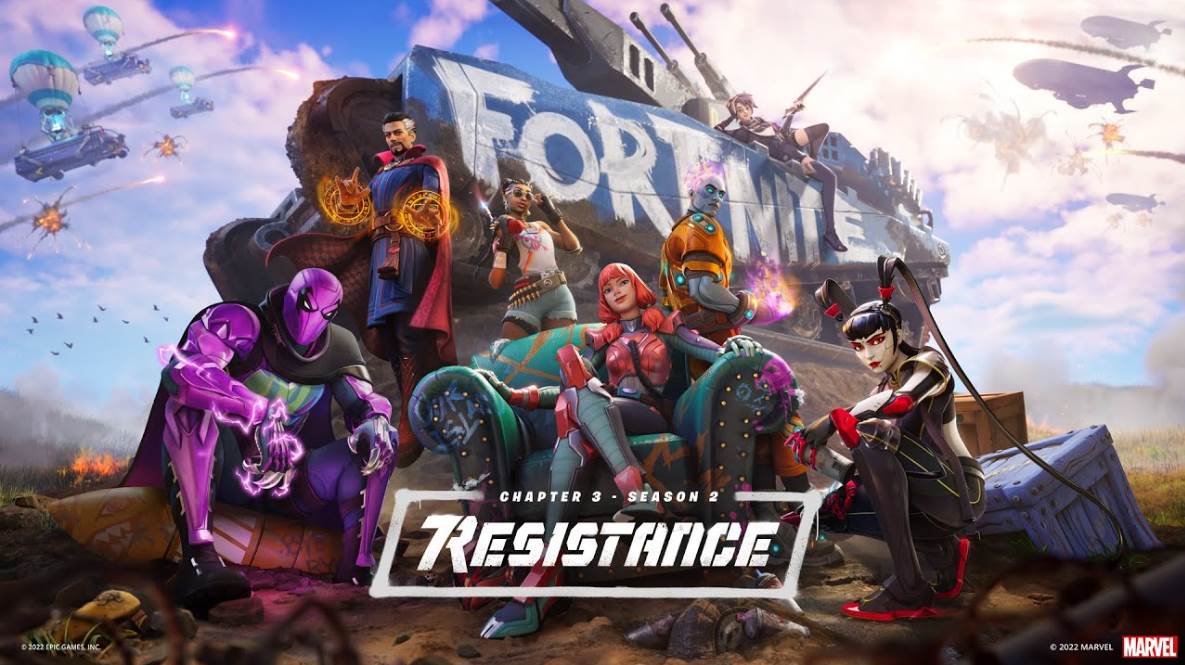 Planting wiretaps to monitor IO communications in three different locations is part of the Fortnite Resistance quests. As soon as you’ve completed the Plant Wiretap to Monitor IO Communications quest, this one will become available. 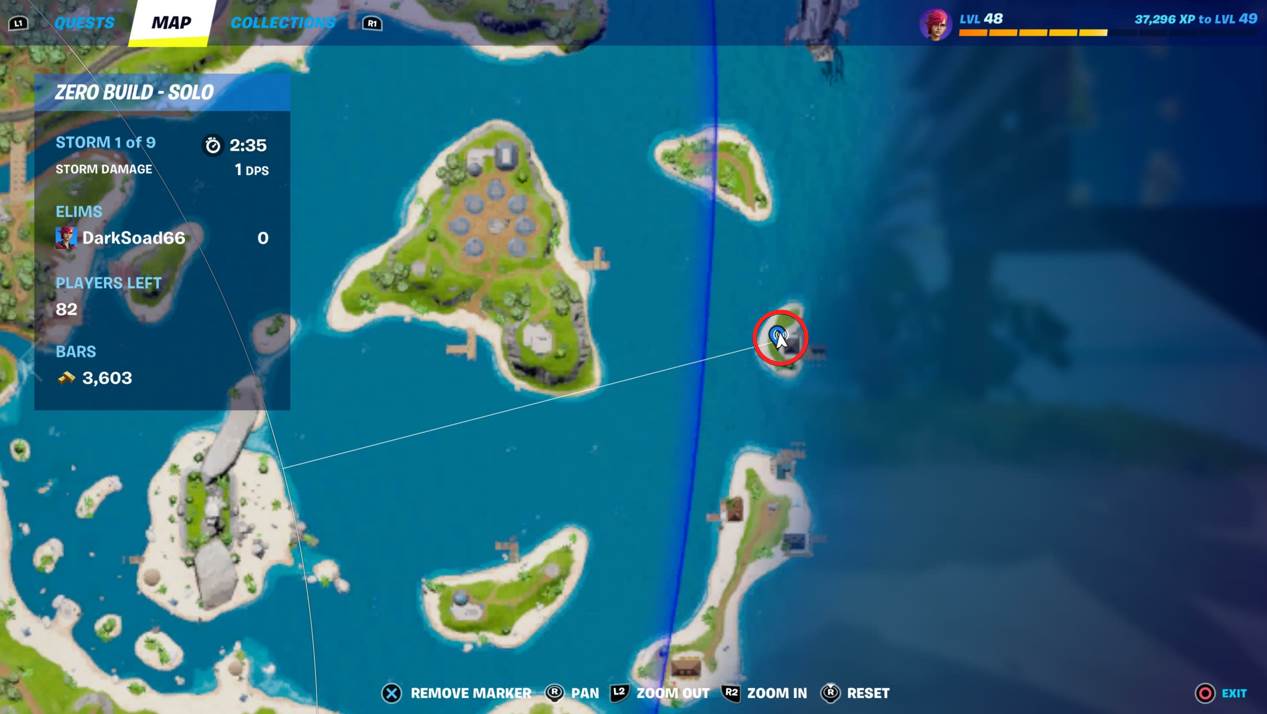 Where to Recover a Data Drive from Daily Rubble in Fortnite?

Step by step, we’ll take you through the process. To begin, locate Daily Rubble and set up a Device Uplink. The IO base near Mighty Monument and the battle royale map’s far easternmost point are the closest things you’ll find to this location.

As soon as you’re near the three islands, we’d recommend going for the one in the middle because it’s clearly visible from any angle. 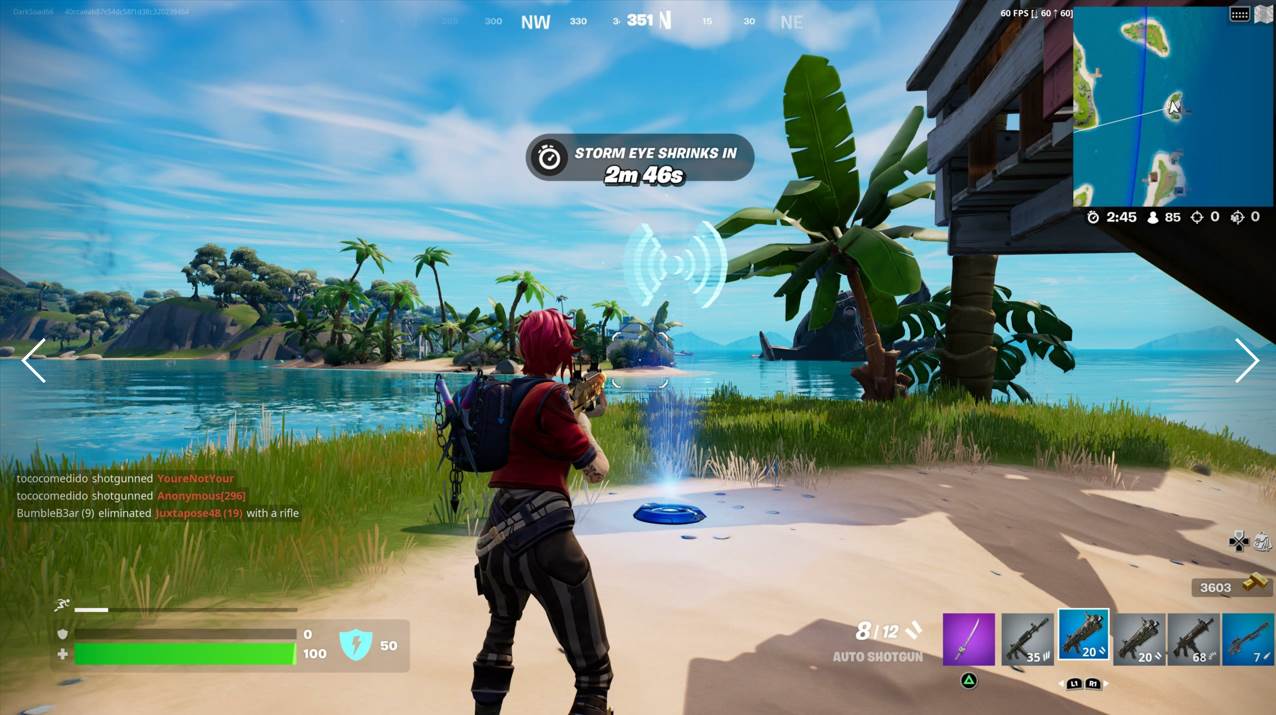 The next step is to retrieve a hard drive’s contents from the Daily Rubble. This is another new-ish spot that can be found north of these three islands.

If you look at the map, you’ll notice that the ship has crashed near the map’s edge. While it’s possible to get there by boat, it’s preferable to just swim because you won’t be making as much noise.

One data drive is all that is needed to be recovered, but there are several options so pick one! Sadly, this does not necessitate a dive into the ocean. 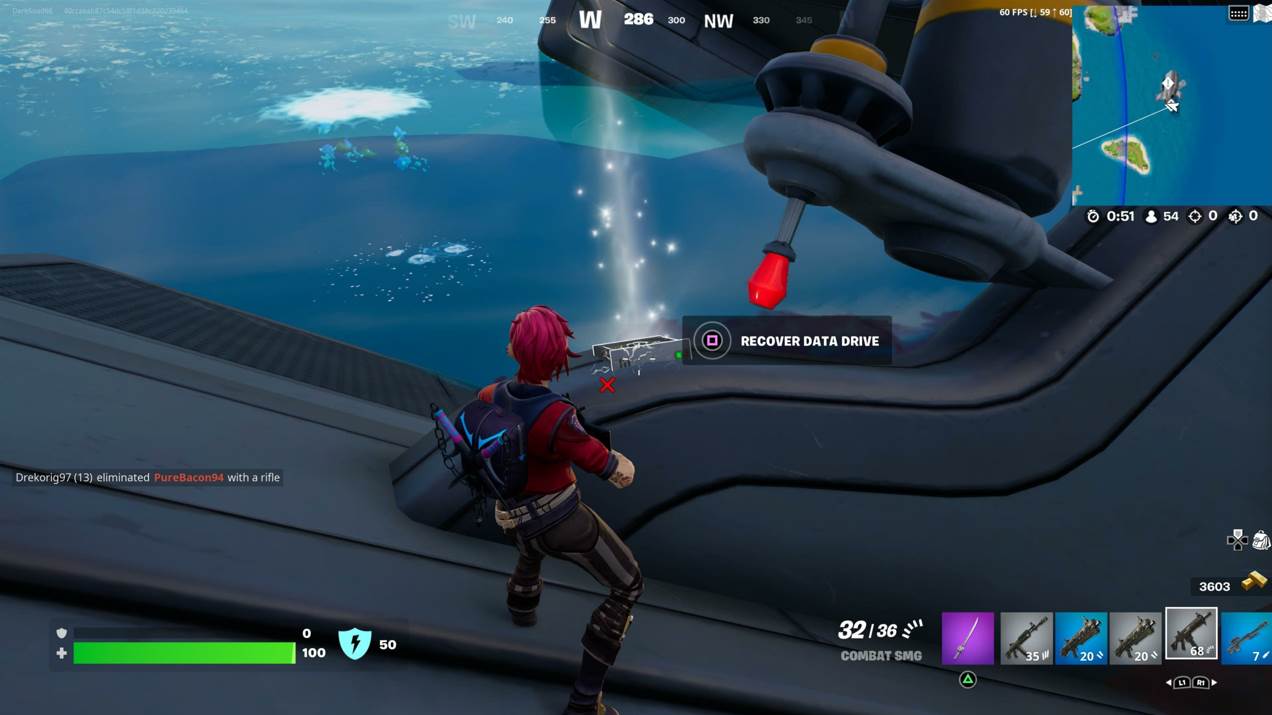 The one on the right wing of the ship was the one we chose. If you’re looking at the ship’s map, it’s located on the ship’s southern hull. Once you’ve gotten to the back of the blimp, you’ll find what appears to be a hard drive, which you can take with you to continue your adventure.

For the Fortnite Daily Rubble data recovery objective, that’s it! As a bonus, the area isn’t particularly popular, making it a breeze to complete. You won’t have to worry about other players obstructing your path unless you run into one.

To get to Sanctuary, for example, you can either head north or return to the islands for loot. If the storm’s circle isn’t too far away, you can land here from the battle bus and continue your match as normal.

Completing this quest will reward you with an additional 23,000 XP, so it’s not a bad idea to stop by for some quick XP while you’re in the neighborhood. That is unless you are snatched by an enemy.

Well, that’s all we have here about where you can recover a data drive from Daily Rubble in Fortnite. We hope this guide helped you. If you liked this, make sure to read about the best battle royale games. After that, check out how to get the Zorii Bliss skin in Fortnite.