The Skull of Dire Ahamkara is an Exotic Gear Piece for Warlocks in Destiny 2. From Quests, Heroic Public Events, and PVE/PVP, it is a random drop. However, there are only a handful of events where you might be rewarded with an exotic helmet as a drop. 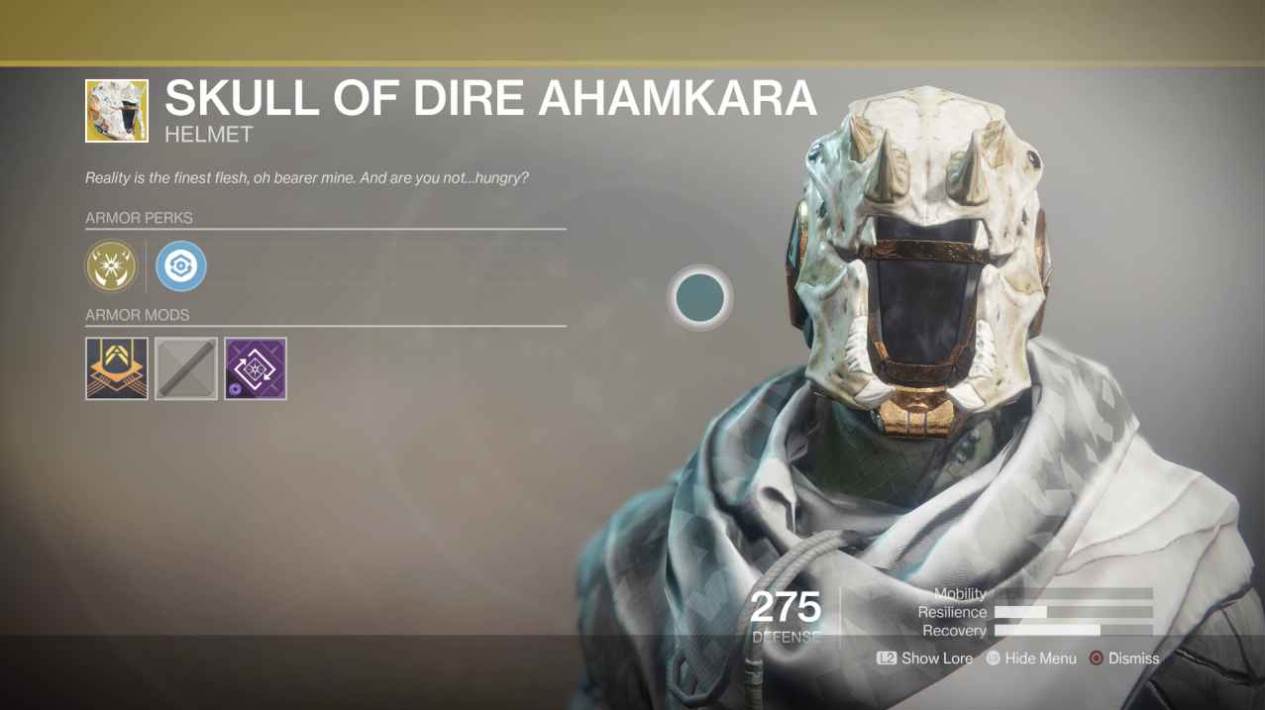 How to Get Skull of Dire Ahamkara in Destiny 2?

Obtaining Exotics, such as Skull of Dire Ahamkara, can be accomplished through Exotic Engrams. Call to Arms, Clan XP, Crucible, Flashpoint, Nightfall, and the Vanguard Strike Playlist are all on the list.

Skull of Dire Ahamka is not guaranteed to drop no matter how many times you complete an event, so keep that in mind. As a result, finding the necessary equipment will most likely require some effort on your part.

Xur sells the Skull of Dire Ahamkara in addition to hosting the aforementioned events. Nevertheless, he only shows up on rare occasions, and the merchandise he sells is always changing.

When you use your Nova Bomb, the Skull of Dire Ahamkara lessens the damage you take. Additionally, any kills you make with the Nova Bomb will give you a boost in energy. 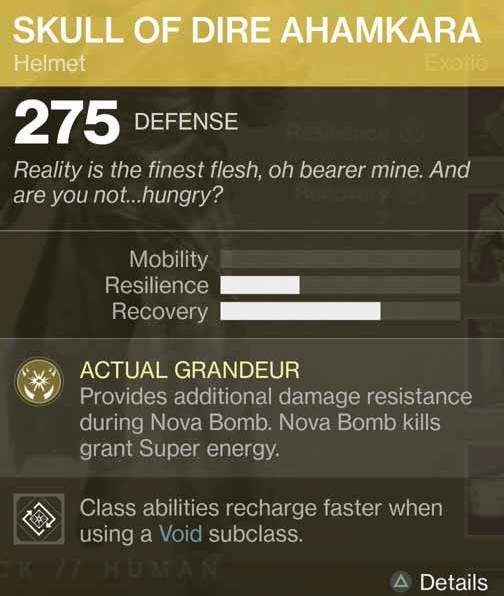 Intuition (up to 84) and Strength (up to 84) are both increased by 31 when wearing the helmet. Finally, it can only be used by players who are at least level 40.

Well, that’s all we have here about how you can get the Skull of Dire Ahamkara in Destiny 2. We hope this guide helped you. If you liked this make sure to check out Destiny 2 Witch Queen: How to Get Edge of Intent Exotic Glaive (Warlock Exotic).