A variety of tools are available for Mac, PC, iPad/iPhone/Android, and some that work on all platforms. It’s possible to buy a tool for a one-time fee, or you can subscribe to a service. Tools for specific editing tasks and those that cover everything are available. It can be difficult to choose the best video editing software because many options exist. 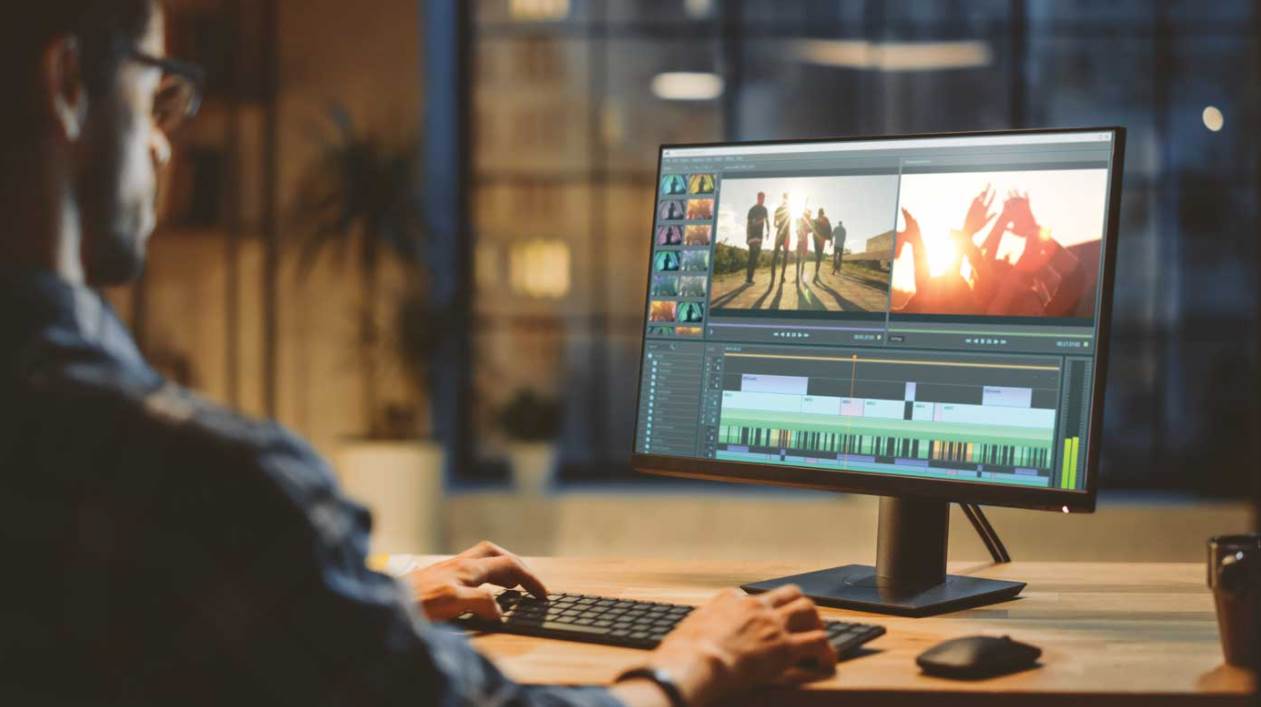 The 5 Best Video Editing Software in 2022

In order to assist you, we’ve compiled a list of the best video editing software on the market right now. Also, we do our best to avoid using technical jargon as we describe the benefits of each and the key differences between them. 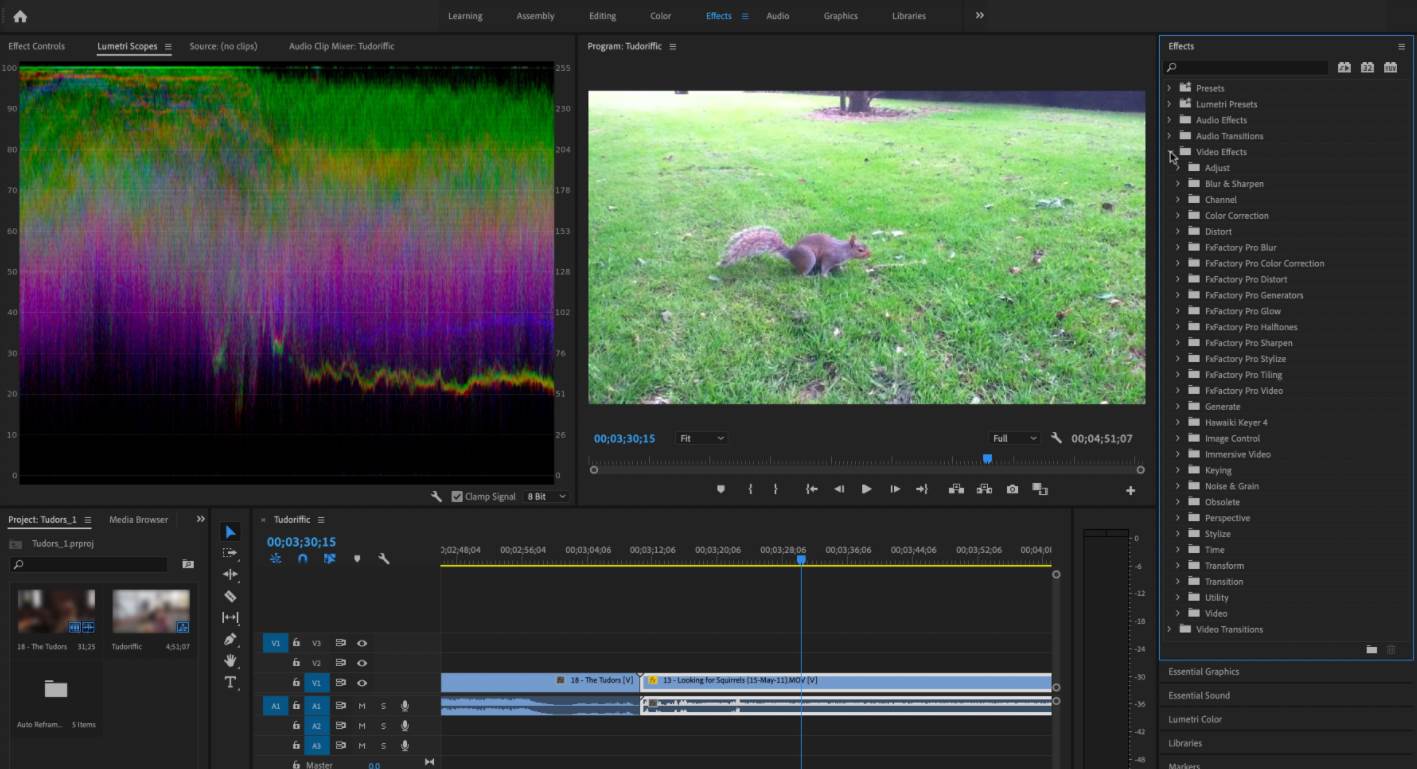 Professional video editors use Premiere Pro to create everything from YouTube videos to Hollywood films, such as Mank, which was nominated for an Oscar in 2021. Designers, animators, and VFX artists also frequently use it.

The workspaces for editing, effects, and audio are all separated by the interface, which makes it easier to get things done. Distractions are minimized in each workspace, allowing you to focus on the task at hand.

Formats such as 4K, 8K, and VR can all be used with this program. Its trimming and editing tools give you a great deal of control and precision. An unlimited number of video tracks can be imported from any source, and you can work on all of them. In the case of multi-angle shots, the automatic sync comes in handy, and the fine-tuning tools really help your video stand out. Customizable keyboard shortcuts and excellent team collaboration features round out the package nicely.

As a result, how can you get Premiere Pro? For those who use Adobe Creative Cloud and have access to After Effects and Adobe Stock, you’ll have access to Premiere Pro as part of your subscription. If you prefer, you can purchase just the Premiere Pro application. There’s a free trial period of seven days so you can see if it’s right for you.

As with all Creative Cloud software, the updates to Premiere Pro are always free for subscribers. This month’s update (version 22.2) includes Remix, which allows you to reschedule music to match video content, and an offline Speech to Text feature. 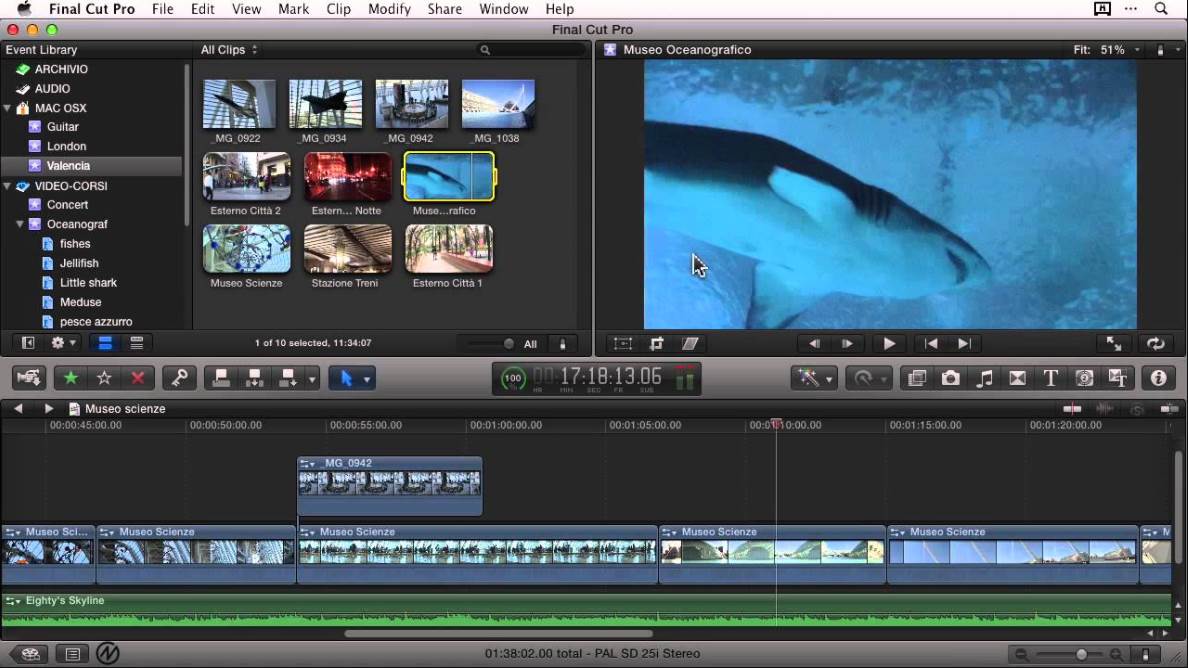 Apple’s Final Cut Pro, along with Adobe Premiere Pro, is widely used in the television and film industries today. It’s a great alternative to Adobe Premiere Pro because it doesn’t require a monthly fee like Premiere Pro does. Keep in mind, however, that it is only available for Mac.

Magnetic Timeline, grouping tools, a variety of effects, good organization features, and simple ways to add and edit audio are all favorites among professional video editors. Other features include HDR, 360-degree video, and advanced color-correction tools. Final Cut Pro (previously known as Final Cut Pro X until that final letter was dropped in 2020) is surprisingly simple to use for a program of its power and feature set. Many resources are also available to assist those who are just getting started.

Final Cut Pro, as Apple software, is designed to maximize the performance of your Mac. Like other parts of Apple’s ecosystem, such as your Photos and iTunes collections, it works seamlessly. Since the release of Final Cut Pro, all updates have been free. A recent release (10.6.1) improved performance when opening large libraries and fixed multiple file handling problems. 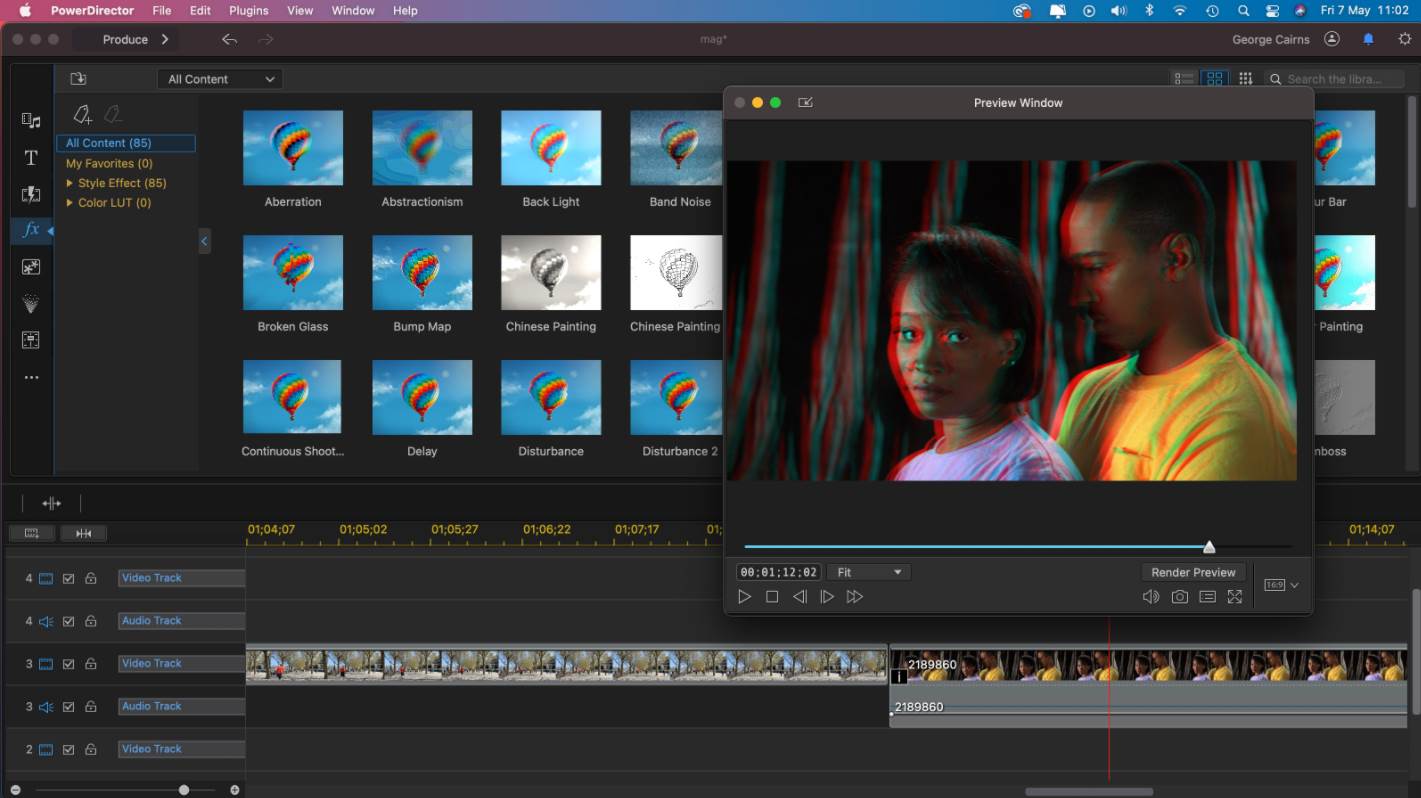 Not every video editor needs the power of Adobe Premiere Pro. An intermediate-sized tool would be more appropriate. In our opinion, the best video editing software for non-pros is CyberLink PowerDirector 365, which is available for Windows and Mac.

While it falls short of Premiere Pro in terms of power and features, PowerDirector 365 comes close. As a one-time purchase, or as a monthly or annual subscription, the cost is significantly lower.

Make good use of the 100-track timeline and all of the useful tools it offers you, such as video stabilization and correction, professional effects, editing with multiple cameras, motion tracking, etc. You can also edit 360-degree videos with this software, which supports a wide range of file standards and formats. Slideshows, screen recording, DVD menus, object design tools, and many more options are available, as well..

Free and unlimited access to Shutterstock’s vast, royalty-free library of images is yours to keep as long as you like. AI Audio Denoise, AI Video Denoise, and AI DeReverb are three new AI-driven features that will be available in the December 2021 release of the latest version.

For beginners, PowerDirector 365 is a steep learning curve, so we recommend using Premiere Elements instead (next on our list). If you’ve done some video editing in the past, but don’t require Premiere Pro’s pro-level features, this is a great alternative. 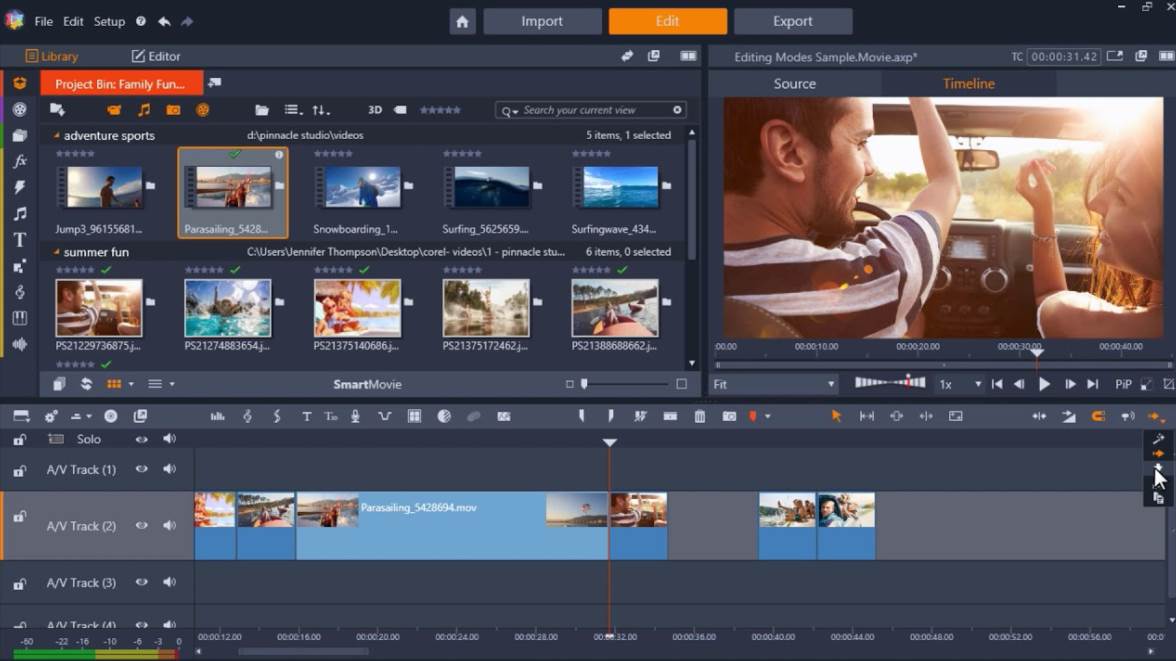 Let’s face it. You’ve never edited video before, and you are using Windows. If that’s the case, getting started with video editing can also be a breeze with Pinnacle Studio. Ironically, as the name suggests, Pinnacle Studio is truly one of the best video editing software out there.

Both in terms of price and capability, it falls somewhere in the middle of the free and professional video editing tools.

There are over 1,500 effects, titles, and templates to choose from, as well as six HD video tracks, color correction, a stop motion feature, time remapping, and more. It’s also a breeze to use.

In August 2021, the 25th edition of the game was released, which brought everything up to date. Features like 8K import, keyframe groups and new blend modes were among the most notable additions. 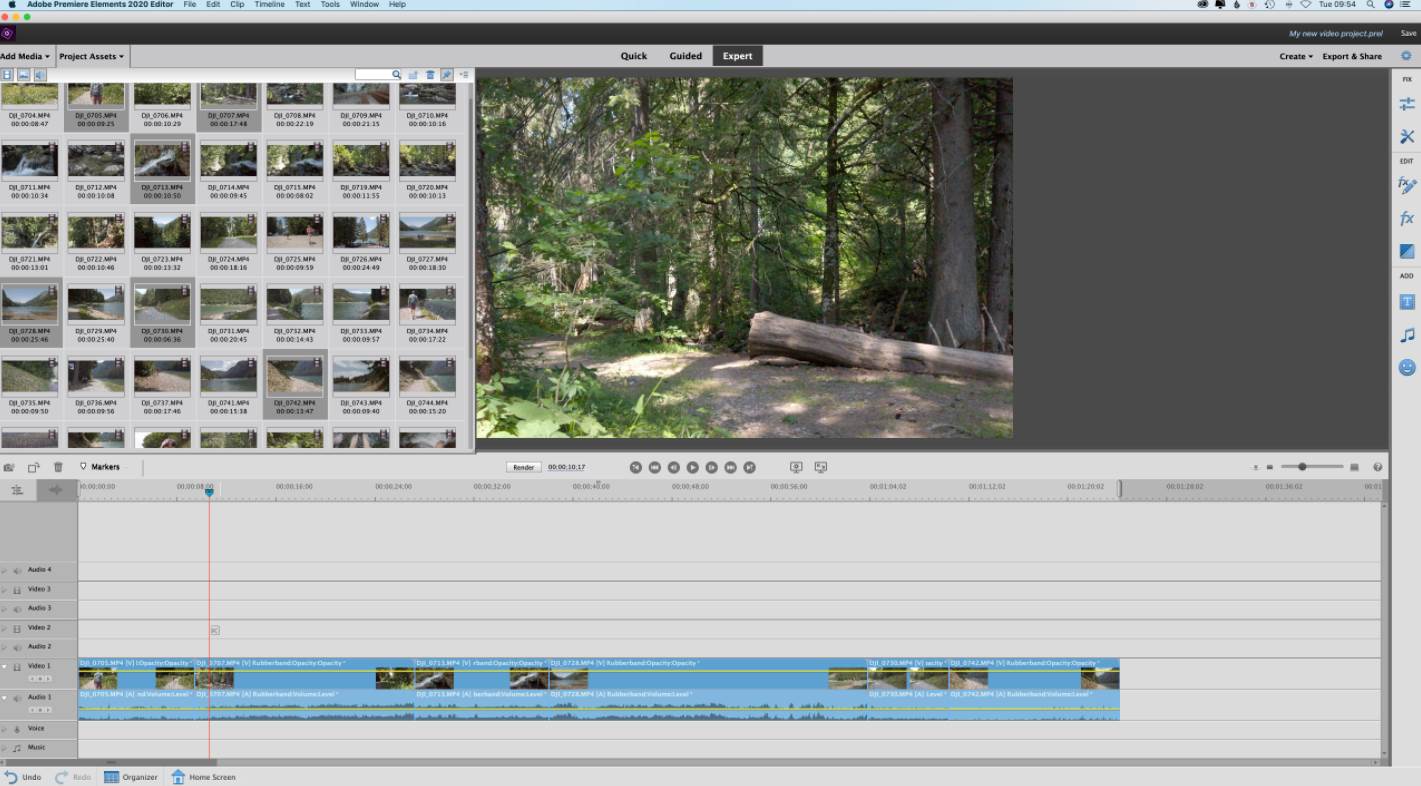 To edit videos for fun, you don’t need to use its bigger brother (Premiere Pro), which is far more complicated than you’ll ever use in your entire professional life. In the same way, if you’ve never done any video editing before, the learning curve is going to be a little intimidating. Rather, we recommend Adobe Premiere Elements as the best video editing software for novices.

In keeping with its name, Premiere Elements is a stripped-down version of the full version of the software (number one on our list). As a result, learning is both more affordable and simpler. Face detection, audio effects, and bundled soundtracks are just some of the high-end features included.

Transitions, chroma-keying, and opacity are all available, as is a wide range of other video effects. Smart search options, video stabilization options, and automated functions like motion tracking and smart toning can help you develop a fast workflow.

New features have been added to the latest version of Premiere Elements, which was released in October. Social media-friendly formats are now available for editing and exporting videos. Auto-reframing, a new video compression feature based on sliders, and the ability to view animated GIFs within the interface are all included in the new version of the app.

Despite being made by Adobe, Premiere Elements is available for a one-time fee rather than as part of a Creative Cloud subscription. A free 30-day trial is also available.

Well, these are literally the best video editing software you can find in today’s world. In fact, other editors don’t stand a chance in front of these editors. We hope this guide helped you. You can also check out our list of the best video editors of Android. 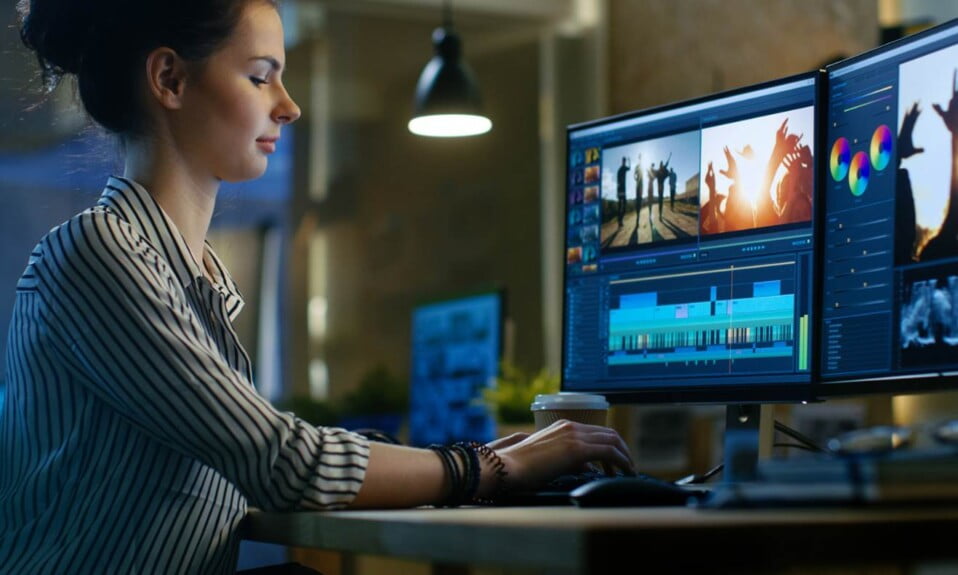