Therefore, nowadays, a lot of people are looking out for the best android emulators that can work great on a low-end PC or what usually we call a Potato PC.

You can’t go wrong with games like Mobile Legends or PUBG Mobile. However, there are times when you’d prefer to play these games on your PC, where you can use your mouse and keyboard just like you would on a PC. Using an Android emulator is obviously a viable option in this situation.

What is an Android Emulator?

The most common use of android emulators is to play games, but you can also use them to run any app from the Google Play Store. You can upload photos from your computer if you run your Instagram app in an android emulator, a feature that is otherwise impossible.

However, some of these emulators may be available for macOS as well. Don’t worry, we will be updating a link for android emulators for Macbook shortly. So let’s get started. 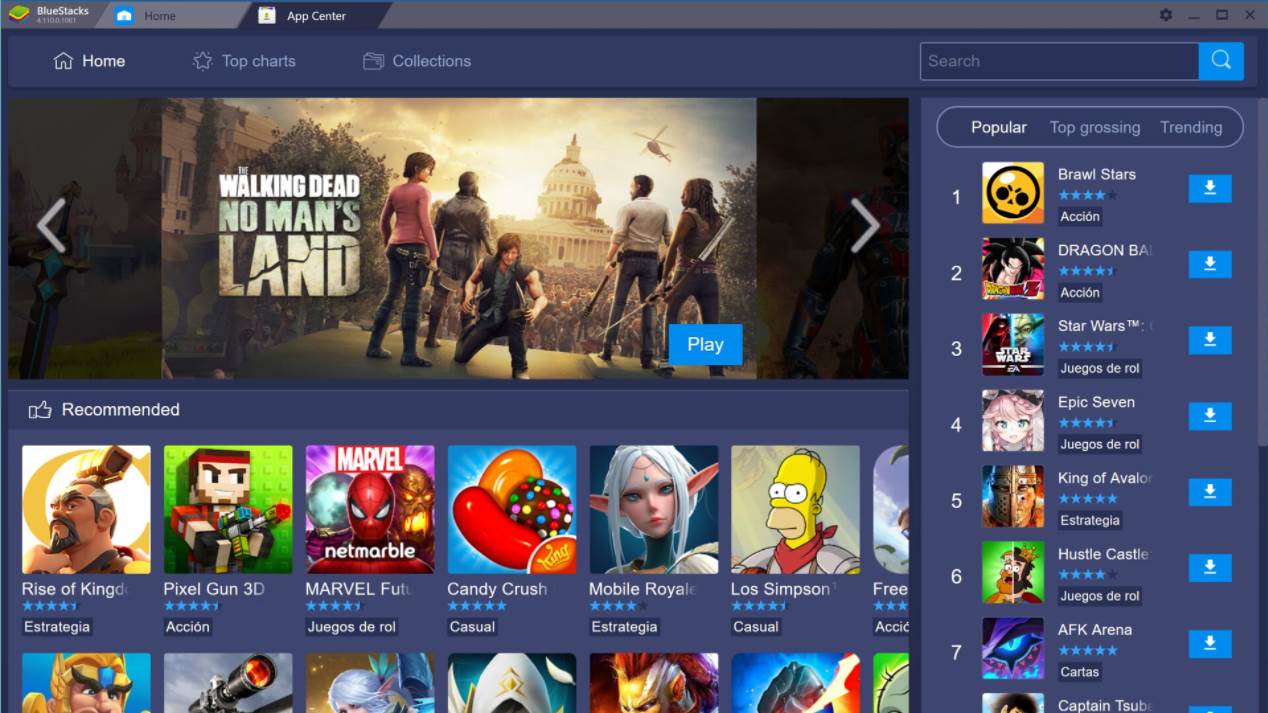 BlueStacks is a gaming-focused Android emulator that provides a wide range of features to enhance the gaming experience while also ensuring the best possible performance on a low-end PC.

Even though BlueStacks 4 is based on the same principles as the previous version, its focus on lightness and speed has made it one of the fastest and most accessible emulators for low-end computers.

BlueStacks is ad-free and doesn’t require any special installation steps; just run the installer and wait for it to finish, and you’re good to go. You can run multiple instances and games at the same time, and you can customize your mouse and keyboard controls with the Keymapping Tool.

You can also use Eco Mode, which reduces resource consumption and improves performance on low-end computers, among many other features of this emulator.

BlueStacks is an excellent choice if you’re looking for a light and fast emulator with a wide range of options for improving your experience while playing mobile games on a PC. 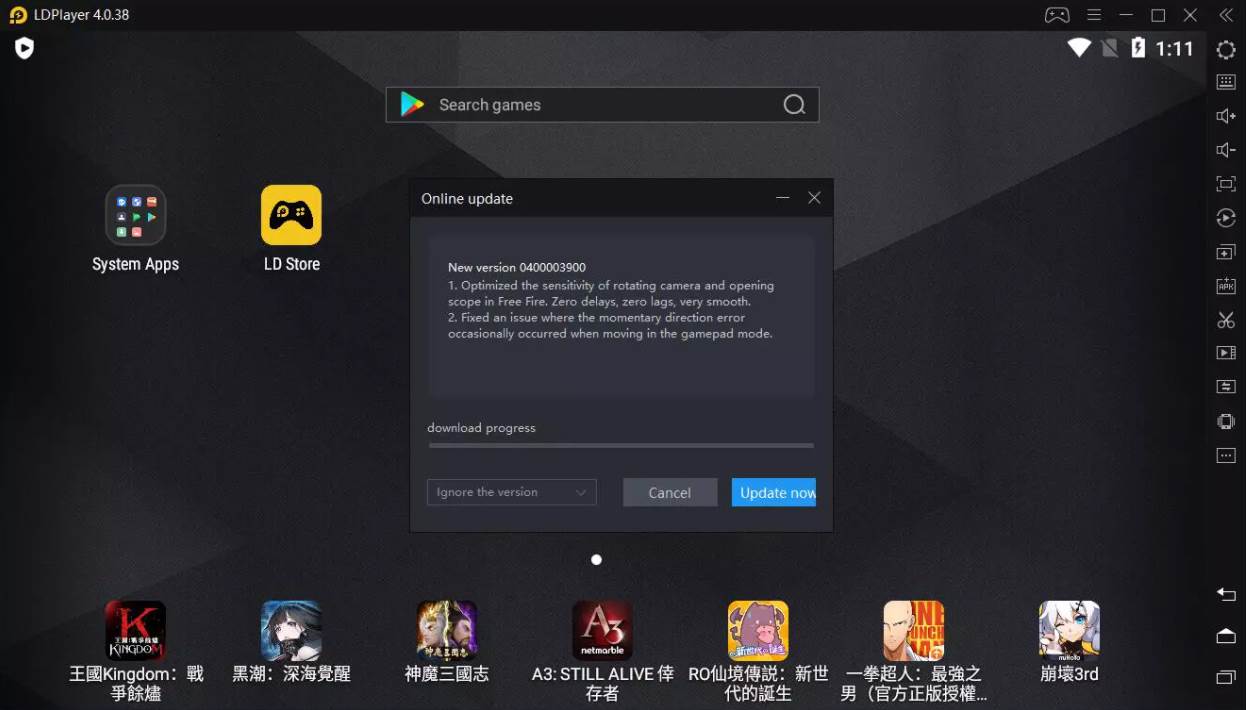 LDPlayer is a good option if you’re looking for an Android emulator that can play games on a low-end PC. As a gaming Android emulator, it’s a favorite of many. If your PC has less than 4GB of RAM, prefer downloading LD Player instead of BlueStacks.

LDPlayer’s speed and stability are two of its advantages. Multitasking capabilities are also included in this program. Open multiple windows in the same game with this feature.

LD Player is a free and ad-free Android emulator for Windows. It is spyware-free as well. With LD Player, running Android games on PC is as fast as running them on a low-end PC with a real Android phone or tablet! 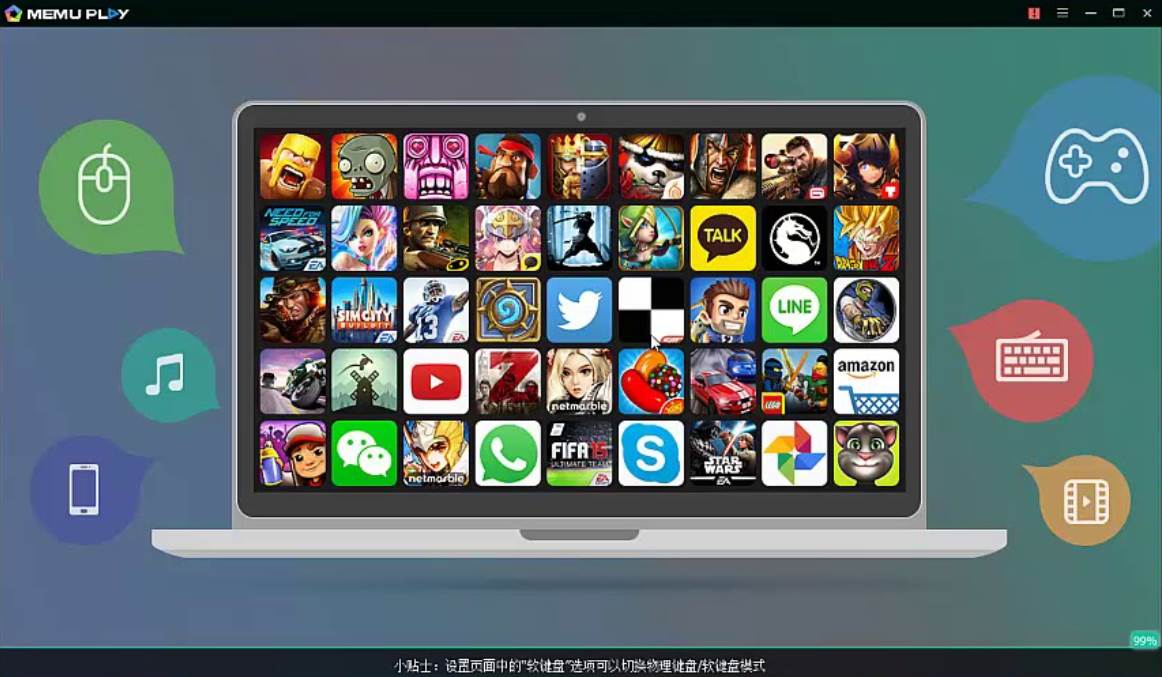 Using MEmu Player on a low-end PC, you can play new Android games without a hitch. Using this emulator, you can tweak your MEmu player to run games more smoothly.

Support for both AMD and Intel chipsets is one of its most notable features. The majority of these applications run on AMD processors, so it’s encouraging to see that the company’s platform is getting some attention. MEmu now runs Android 7.1, a significant upgrade from its previous version of Android, which ran Jelly Bean 4.3.

You can even run more than one instance at the same time to test different games or feature functionality but only if you have more than 4GB of RAM. Although it’s primarily a gaming platform, it’s also a useful productivity tool.

Additional customization options and premium support are included in the paid version, which costs $2.99 per month. There are regular updates to the emulator. 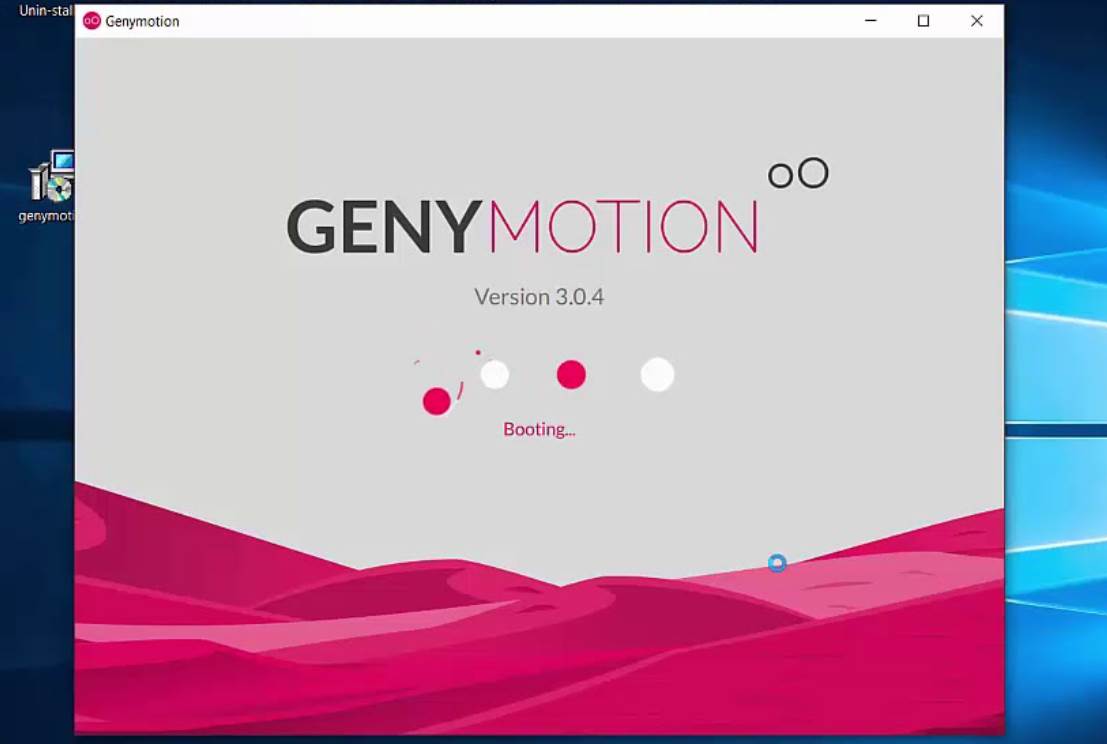 Developers are the primary target audience for this Android emulator. However, there’s no need for you to buy the devices to test your apps on. For Genymotion, it doesn’t matter that you have a potato PC, you can simply run everything using it.

Genymotion’s services aren’t ideal for consumers, but they are free for personal use. Its best feature is that you can use it on your desktop computer and in the cloud at the same time with it. Genymotion’s servers can do the heavy lifting for those with a low-end PC, making it one of the best Android emulators. 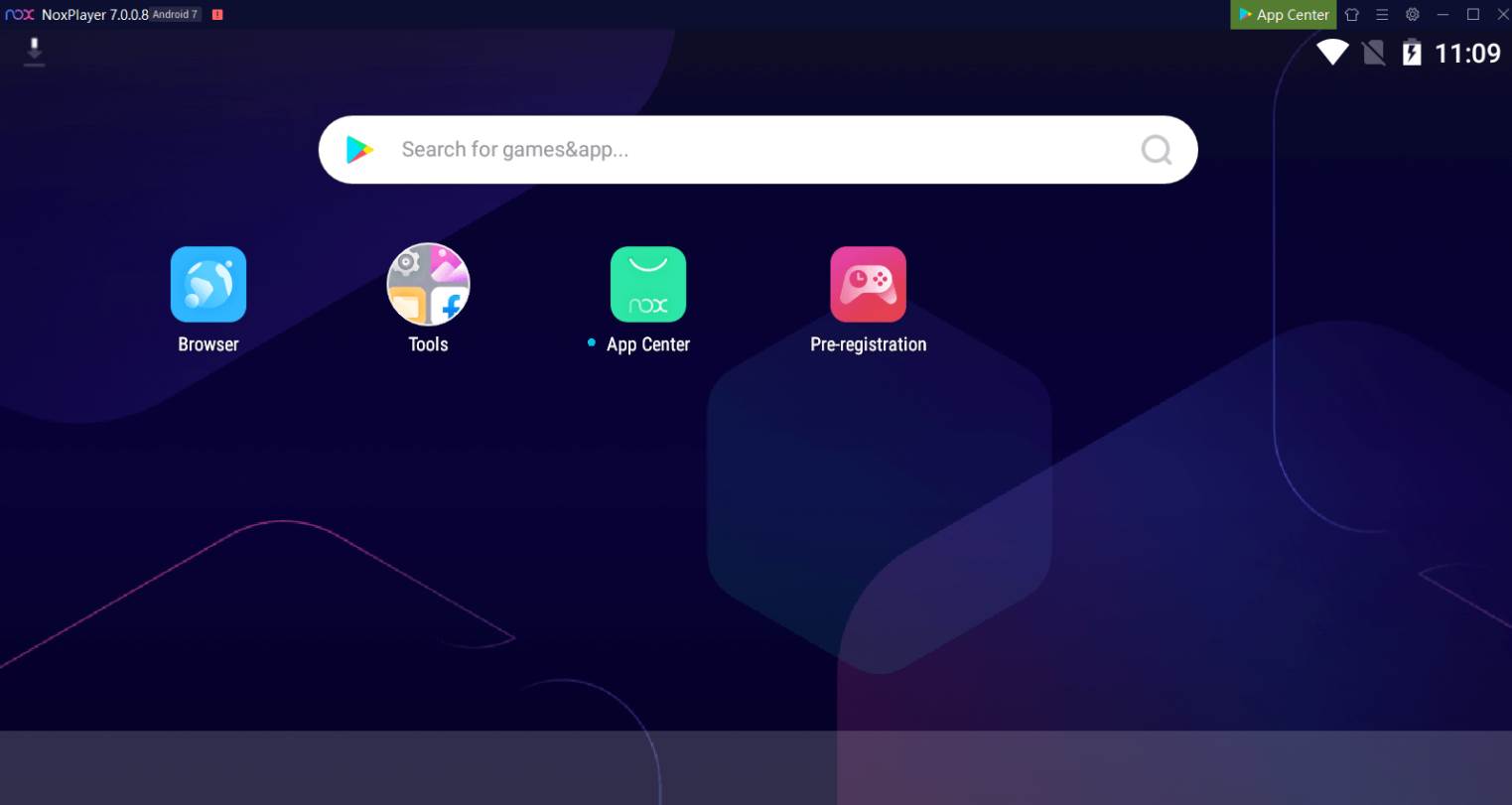 Nox is yet another Android emulator for PC that performs admirably in video games. Nox player includes everything from key-mapping with your keyboard to controller support and gesture mapping. For instance, in a game that doesn’t support a hardware controller, you could assign the swipe right function to an arrow key.

Nox is updated frequently. In addition, it is one of the few emulators that can run Android 9 instead of the older Android 7 version.

In addition, this emulator allows you to run multiple games at the same time. In fact, scripts can be recorded and listened to later. It began as a lighter alternative to more powerful tools, but Nox has grown into a much more useful and mature tool. However, Nox is a good Android emulator for a PC with low-end PC.

Can I Run an Android Emulator on a Low-End PC?

However, that’s not the case. Every emulator is designed in a different way to target different types of users. Suppose if you want to play games, you will prefer BlueStacks or Nox Player that supports keybindings. On the other hand, if you are a developer and want to test out android apps, you will like to use LD PLayer or Genymotion.

Whatsoever the reason may be for you to use an android emulator, a low-end PC is fairly capable of running it regardless you choose the right one from our list.

How Do I Run an Emulator on a Low-End PC?

Running an Android Emulator is as simple as installing and running software on your PC. You just have to download the software from the below-given links, follow the on-screen instructions and you are good to go.

Since most of your questions are already answered, let’s begin our list of the top 5 best android emulators that you can run on your old or low-end PC

Well, these are the top 5 best android emulators of low-end PC that you can install right now and start playing your favorite battle royale games on Android. Keep an eye on this page because we are constantly on the lookout for more such emulators that can work on potato PCs. Further, if you loved this, make sure to check out the best games for 4GB RAM PCs or Laptops. 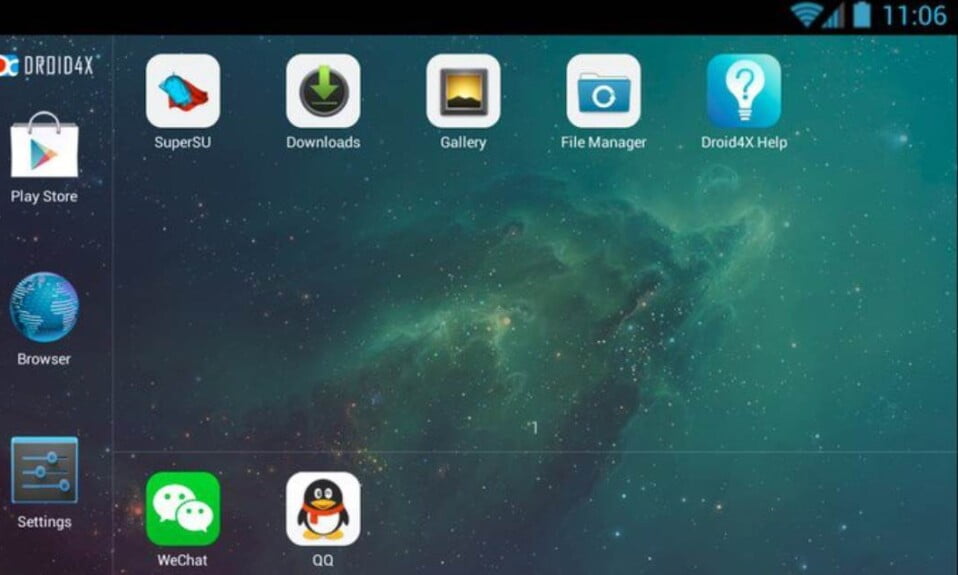 Which Android Emulator is Best for 1GB RAM PC?