The Serpent Rogue is a game that expects players to learn to swim by being thrown into the deep end. Few of the Warden’s tools are explained, so you’ll have to figure them out on your own. But for the players who are unable to swim in the sea of The Serpent Rogue, here’s our beginner’s guide to help them. 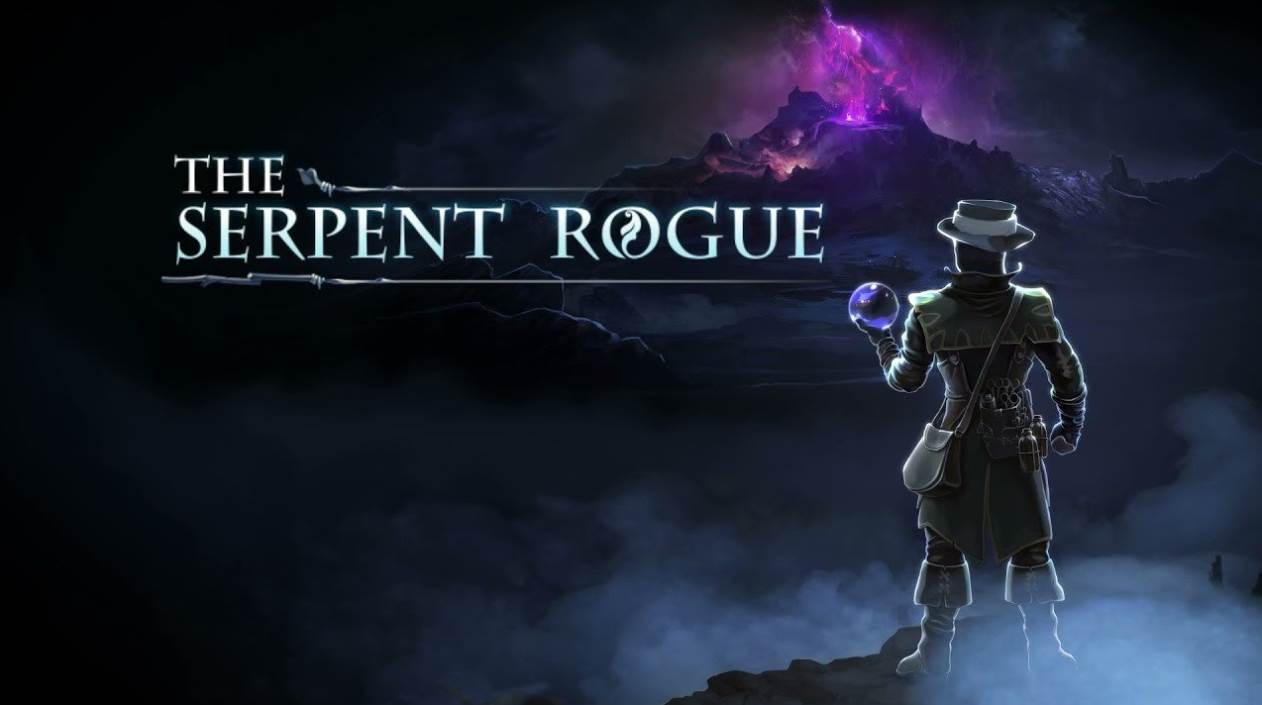 If you’re having trouble figuring out where you are in the game’s world, this guide will show you how to do everything. That way, you’ll be able to explore without fear. When in doubt, try something new in The Serpent Rogue; death is only temporary for the Warden.

There are two bars on the health bar of every living thing: one for Vitality and the other for Stamina. Vitality is the only thing that undead creatures like the Restless have.

When a creature’s vitality level reaches zero, it dies instantly. It takes two points of Vitality for every point of stamina a creature with Stamina has while not engaged in combat. As long as the Warden has the Stamina to spend, sitting on a chair or bench will instantly replenish their Vitality.

Due to the fact that the Restless lack stamina, they must rely on Healing potions to regain their strength. The Restless, on the other hand, deal more damage than living creatures when they attack. When the situation calls for it, you can put creatures in and out of the Restless state with the help of some powerful potions.

All of the Warden’s actions, from sprinting to attacking to blocking, temporarily deplete his stamina. You’ll see a change in the color of your Stamina bar as you go through these steps. You’ll lose Stamina points if the situation completely changes. If you have a lot of stamina, the Warden can exert themselves for a longer period before their stamina bar goes down permanently. The Warden will become Restless if you attempt any of these actions while you are at zero Stamina or if you die and resurrect.

Eating food helps restore stamina. A meal’s ability to restore Stamina tends to increase in complexity. In most cases, a two-ingredient meal is needed to aid in recovery, but simple, uncooked meals can suffice in the short term. 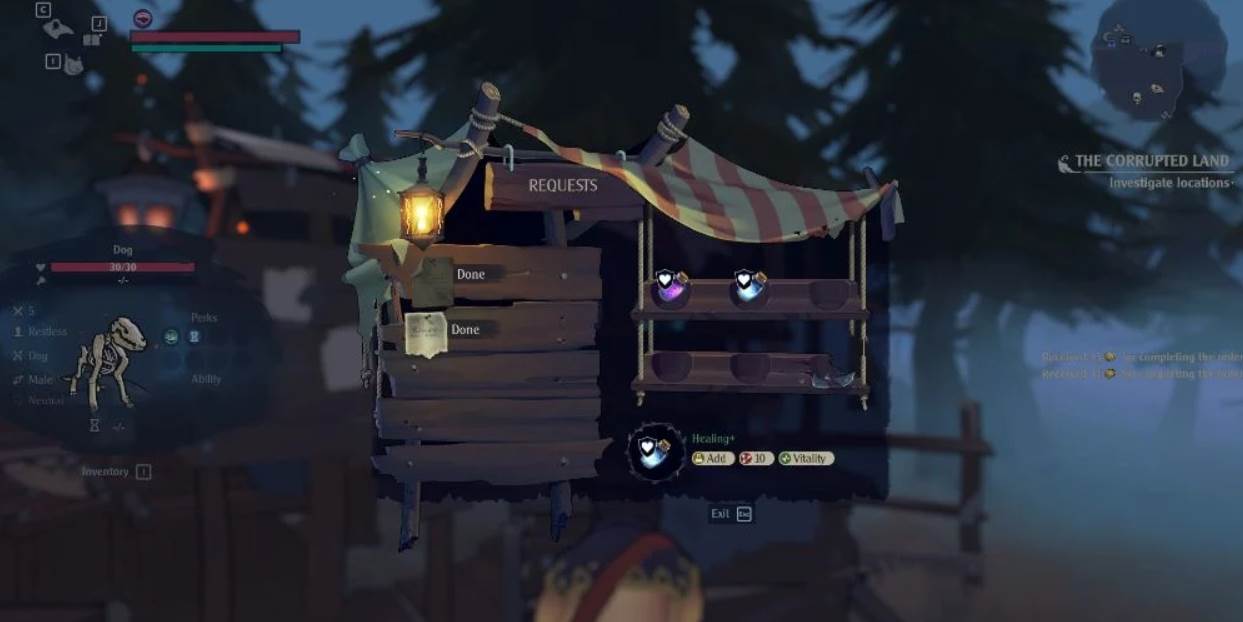 Your primary source of income is the Kiosk on the eastern edge of the Abandoned House property. Bring the necessary ingredients and you’ll be able to sell the potions here for gold coins. There is a correlation between the complexity and rarity of a potion’s components.

Some requests for potions aren’t worth your time, and you have the option to say no to them. Despite the fact that you may not have the recipe, customers will only order the potions you are capable of making. Make some experiments in the lab if you see a strange potion requested on the board.

Even if you don’t intend to use them, it’s a good idea to keep a supply of rarely-used potions in the Warden’s chest. You never know when someone might need one.

The Serpent Rogue has a simple combat system, but even weak creatures can hurt you if you aren’t careful, so you’ll need to take on battles carefully if you want to survive. Left-clicking activates the Warden’s weapon of choice, if any (or their bare hands if they have nothing equipped). It is possible to quickly follow up an attack with a second one, simply by clicking again. In order to use a more powerful windup attack, you must keep the left mouse button pressed down.

When holding the right mouse button and then left-clicking where you want to throw, you can also throw most of the items you’ve equipped. The small area of effect potions have when they are thrown make this an excellent tool for throwing.

However, some hostile creatures (especially Corrupted ones) will engage you immediately if you approach them. The enemy’s attacks are usually telegraphed by a red icon that appears over their head just before they strike. The spacebar can be used to block the attack, or you can get out of the way before it hits. However, blocking will cause the damage to be applied to your item, or to the Warden’s Stamina if you block while you are unarmed.

Keep an eye out for new enemies’ patterns so that you don’t over-commit to a swing and take unnecessary damage in the middle of it. 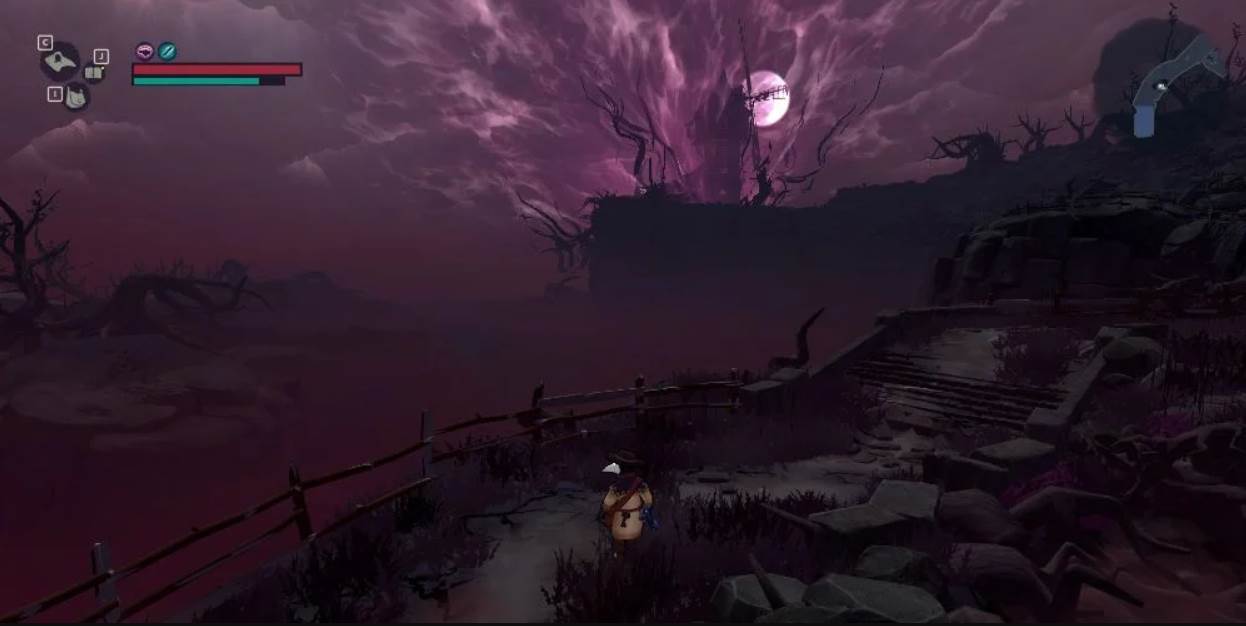 You can still get into a fight in the Camp, the Abandoned House, the Pier, and the Graveyard without fear of Corruption Storms. The Church and the Merchant House are two other safe havens you’ll come across on your journey. Magical weather occurs frequently and can be dangerous in other locations.

Keep an eye on the storm tracker at the top of your screen whenever you’re in an area susceptible to Corruption Storms. When it reaches 80%, it’s time to look for a new location. All creatures in the area will take rapid-fire damage until there is nothing left. Unless you have powerful protection, you’ll die in a Corruption Storm.

In the aftermath of a Corruption Storm, all creatures and items are resurrected and the landscape is randomized. If you return to the area in the future, you’ll find new locations for items such as treasure chests and traps, as well as old favorites like landmarks. The area is also cleared of any dead bodies.

Small decisions can have significant ramifications as the game progresses. The game can spawn dangerous enemies based on the number of creatures, living or dead, in a particular area. There is a button on the map that lets you see the number of creatures in a given area, as well as how many of them are alive.

Corpses left to rot in large numbers may attract ghouls who feast on human flesh. You’ll be able to avoid this for a fee once the Graveyard has been unlocked and the Undertaker’s services have been purchased.

Instead of the Abandoned House, the Warden will resurrect you at the Graveyard southeast of the Camp if you die there a third time. The Undertaker will be revealed to you at that point. The Undertaker has the power to raise the dead and to purge an area of any remaining corpses. Shovels are required for both services and can be obtained from the Merchant House for two Logs and one Metal Scrap, or they can be crafted at the Smeltery.

The Reapers may attack the Camp if it becomes overcrowded, as is the case right now. These terrifying creatures despise life in general and will slaughter anything that comes their way. They’ll leave the bodies for the ghouls after the killing is done.

Reaper attacks can be avoided by recruiting sparingly. Instead of hiring everyone who shows up at the Pier, you should only hire a few people who are well-equipped. You can take some of your followers out of the Camp to a safe location like the Church or the Abandoned House if you’re concerned about the Reapers showing up.

Hoppers may congregate in an area where there are numerous objects strewn across the landscape. Clean up after yourself and have followers bring extra loot, and this won’t be a problem. These vermin aren’t dangerous, but they can spread disease.

Well, that’s all we have here with The Serpent Rogue beginner’s guide. We hope this guide helped you. If you liked this, make sure to check out how you can unlock M1916 Marksman Rifle in Warzone Season 3.