If you’ve been playing Ragnarok Origin and keeping an eye on the chatbox, you’ve probably noticed people spamming “lfp angeling” or “lfm gtb” every couple of hours. These are rare bosses, also known as MVPs, that spawn on the overworld every few hours.

MVPs are extremely difficult to take down, requiring the maximum number of players a server can have in some cases. MVPs, on the other hand, offer a variety of good prizes up to five times per day, and can be a good source of income if you’re lucky. Here’s how you can get MVP Kills in Ragnarok Origin. 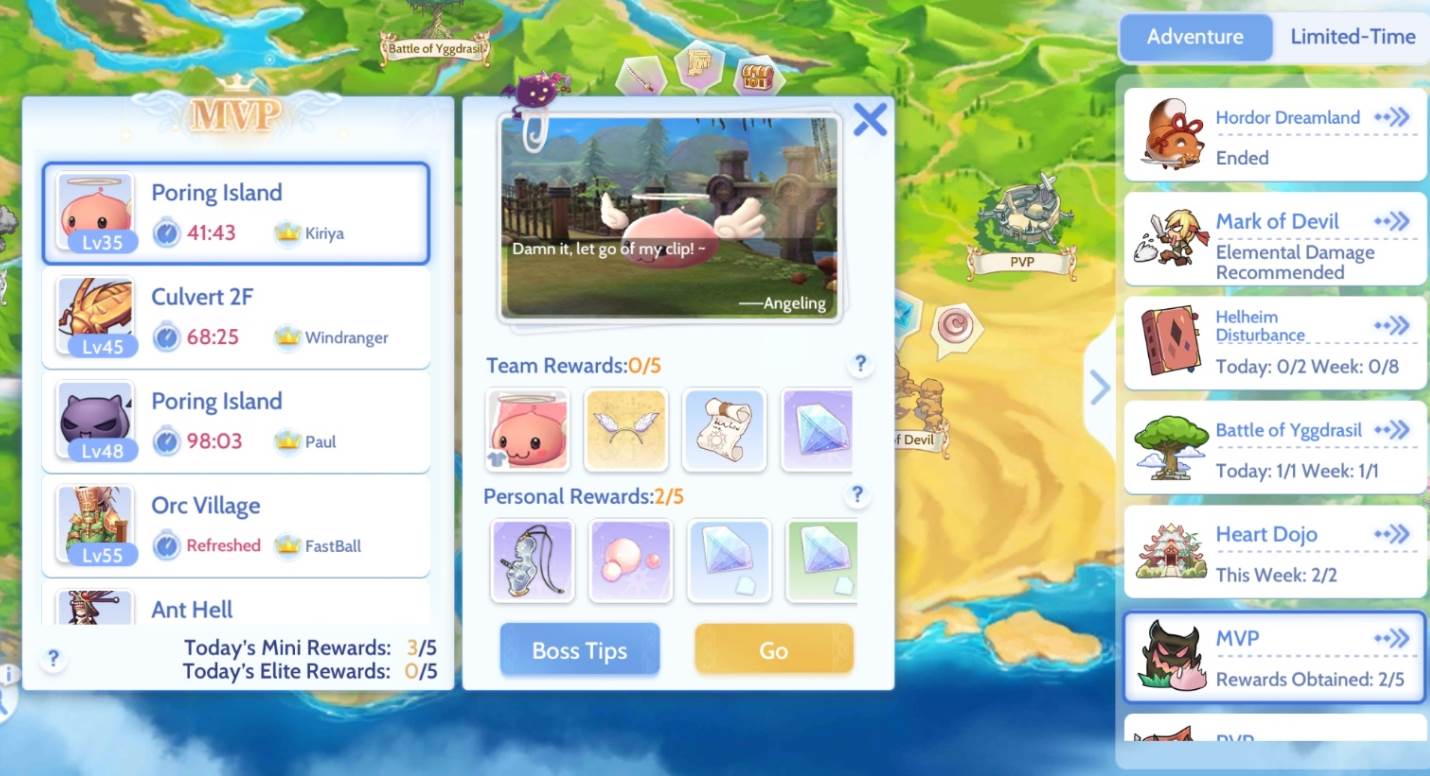 How to Get MVP Kills in Ragnarok Origin?

First and foremost, you can find MVPs and their spawn times by going to your UI’s “Events” tab and scrolling down to the MVP section. They’re listed in order of difficulty from lowest to highest, but don’t be fooled: even Angeling can cause problems if you’re at a higher level.

Second, as the spawn time approaches, you’ll want to navigate to the appropriate map, as the number of players who can access the map before being sent to a separate server is limited.

Try to join a Party once you’ve found the right map. If you have a Priest, in addition to party buffs, they can heal and resurrect you much more quickly. When the timer reaches zero, a message will be broadcast in chat stating that the MVP you’re hunting has spawned.

To find the MVP, you must now search the entire map. Unless you are confident in slaying it with your team, it is in your best interest to share the information with other players so that they can assist you in taking it down.

All players who contributed to a kill will be rewarded, with special bonuses going to the player who delivers the killing blow. From Zeny Pouches to Headgear Materials, these rewards can be found. The real prize, however, is being part of a team that secures the kill.

The “First Kill” bonus will be awarded to the team with the highest value, which can include items such as a Headgear Blueprint — or, more importantly, the MVP Card, an extremely valuable card that can literally change the game depending on the MVP.

Well, that’s all we know about how you can get MVP kills in Ragnarok Origin. We hope this guide helped you.