The Spiral Abyss has received a new reset. Floors 9 and 10 are identical to the previous version, but Floors 11 and 12 have new enemies and strategies. These floors are very different from the previous ones, and they require new teams. 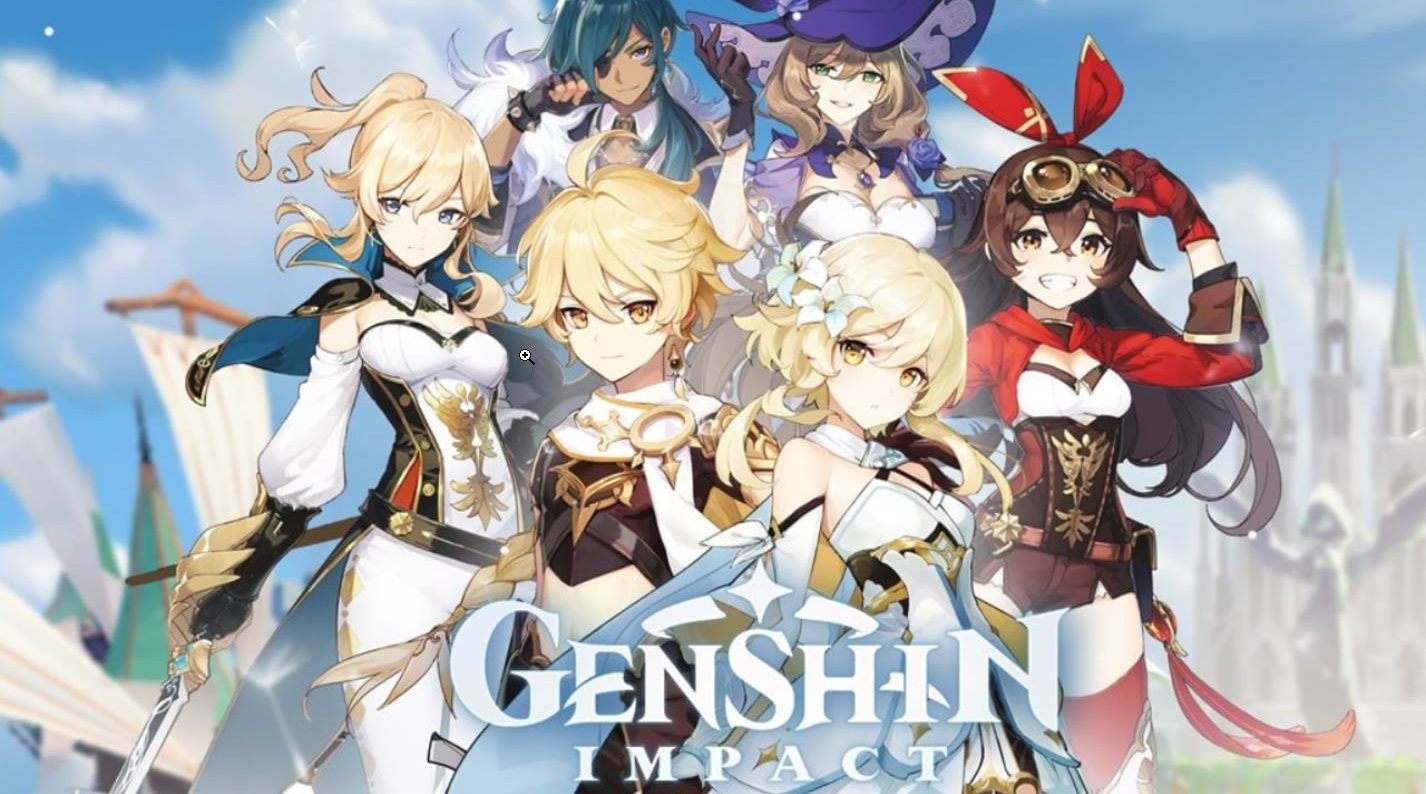 How to Clear Floor 11 of the Spiral Abyss in Genshin Impact 2.2

There’s nothing particularly noteworthy about this floor, and it’s quite plain in comparison to last week’s. However, if you want to get a perfect clear, you’ll have to overcome some difficult waves of enemies.

Characters You Need to Consider

Because of Leyline Disorder, you should bring a Pyro or Hydro unit with you. This is especially useful in the floor’s final chamber, which contains a Hydro Hypostasis and Pyro Hypostasis boss.

Yoimiya/Ganyu: Yoimiya is a good main DPS character to bring to the Abyss of the Spiral. Her Elemental Skill infusion is useful for dispatching the Hydro Hypostasis quickly during its most critical stage. Ganyu is another good choice for your first team to quickly dispatch the Hydro Hypostasis.

Tartaglia: Because of the Pyro Hypostasis, Tartaglia is an excellent choice for your second team. Due to his constant practice of Vaporize, he is able to not only quickly remove the boss’s Pyro shield, but also defeat him quickly in his second phase.

Kokomi: You can bring Kokomi instead of Tartagila if you don’t have a Tartagila to remove the Hydro shield. She also adds a layer of resiliency to your team.

Other characters in the Spiral Abyss who are universally useful, such as Kazuha, Bennett, Xiangling, or Xingqiu, are worth bringing. 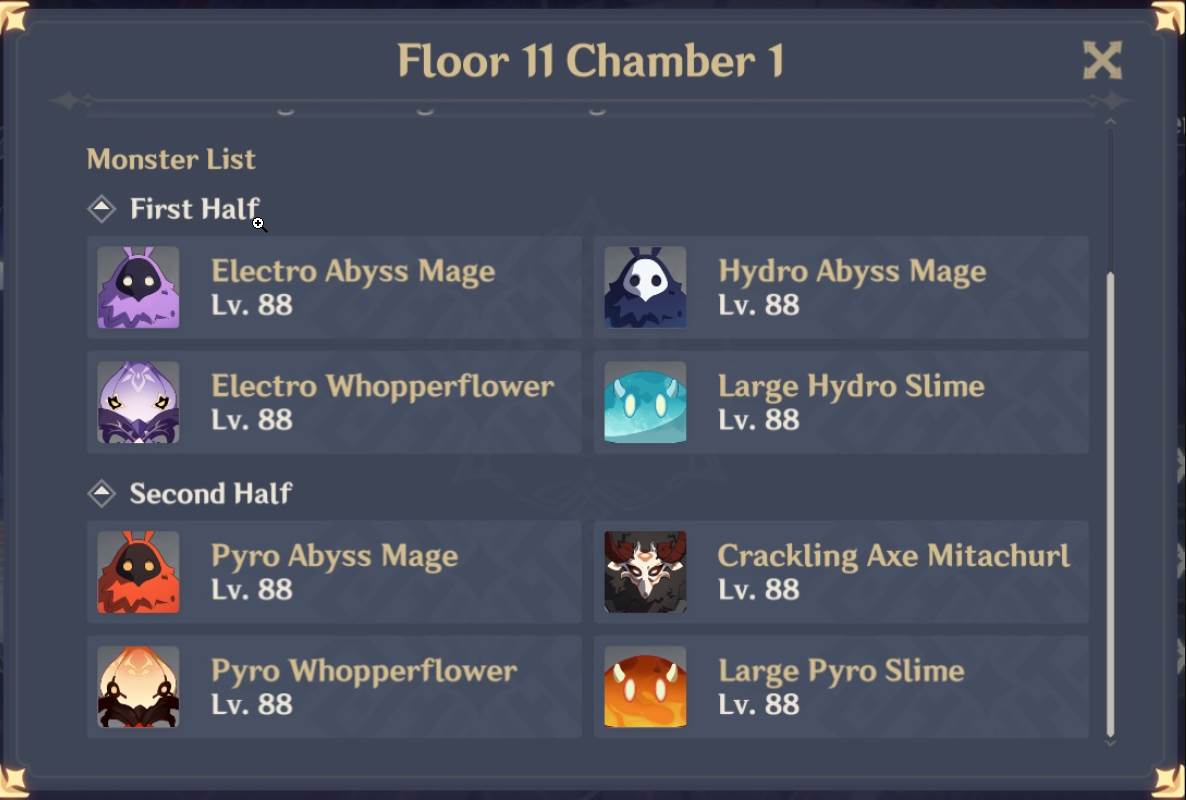 This chamber summons waves of various enemies. During the chamber, two Whopperflowers and three slimes will spawn on opposite sides of the map.

The importance of bringing a strong Hydro character to your second team is emphasised in this chamber and the third chamber.

Because the Whopperflowers will teleport to your location, it’s best to head straight for the slimes to help group the enemies better. However, you have five minutes to spare, so don’t be concerned about the clock. 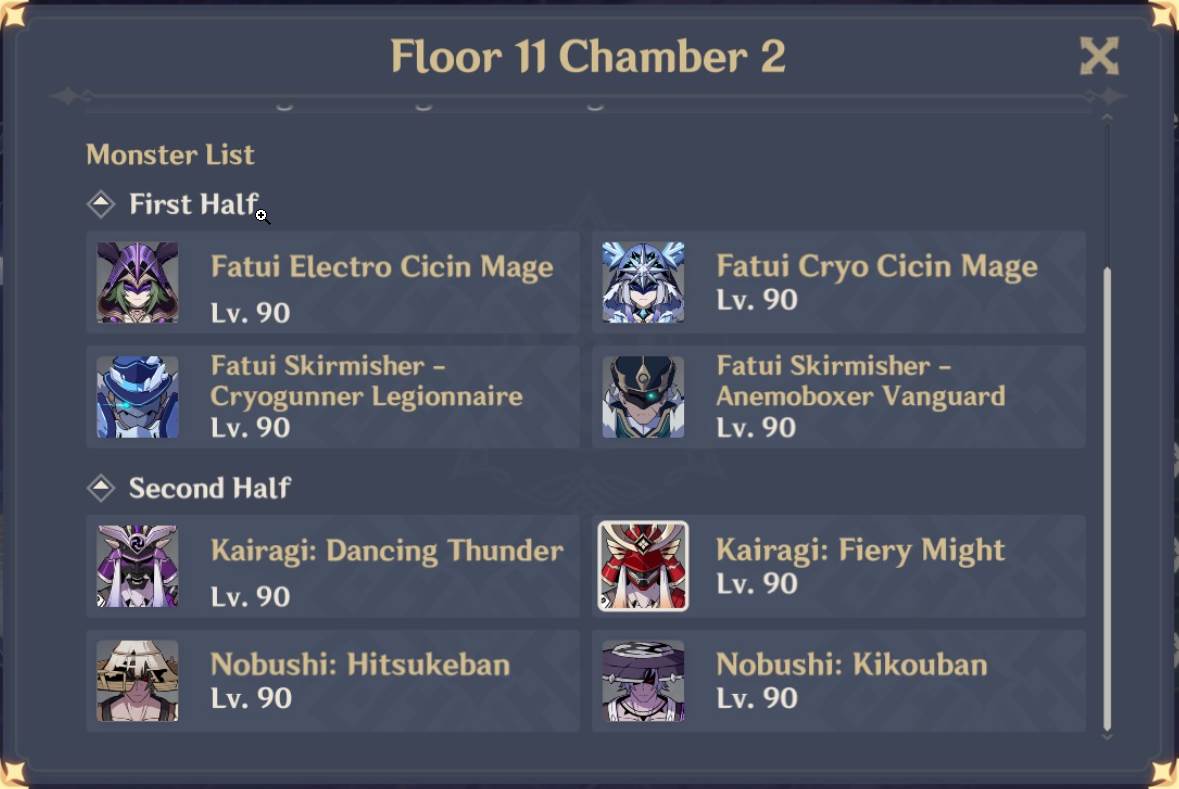 Two Cryogunners and two Anemoboxers will appear in the first half, followed by a Fatui Electro Mage and Fatui Cryo Mage in the second half. Another good reason to bring Yoimiya or another Pyro DPS is to deal with these foes.

If you don’t kill the enemies quickly enough, they’ll gain Cryo shields, so bringing a Pyro DPS will help you completely remove the shield.

The second floor isn’t particularly difficult, but the enemies are quite tough. Don’t worry about killing the Kairagi at the same time if your time is limited. You only have five minutes, so regaining HP isn’t a big deal. 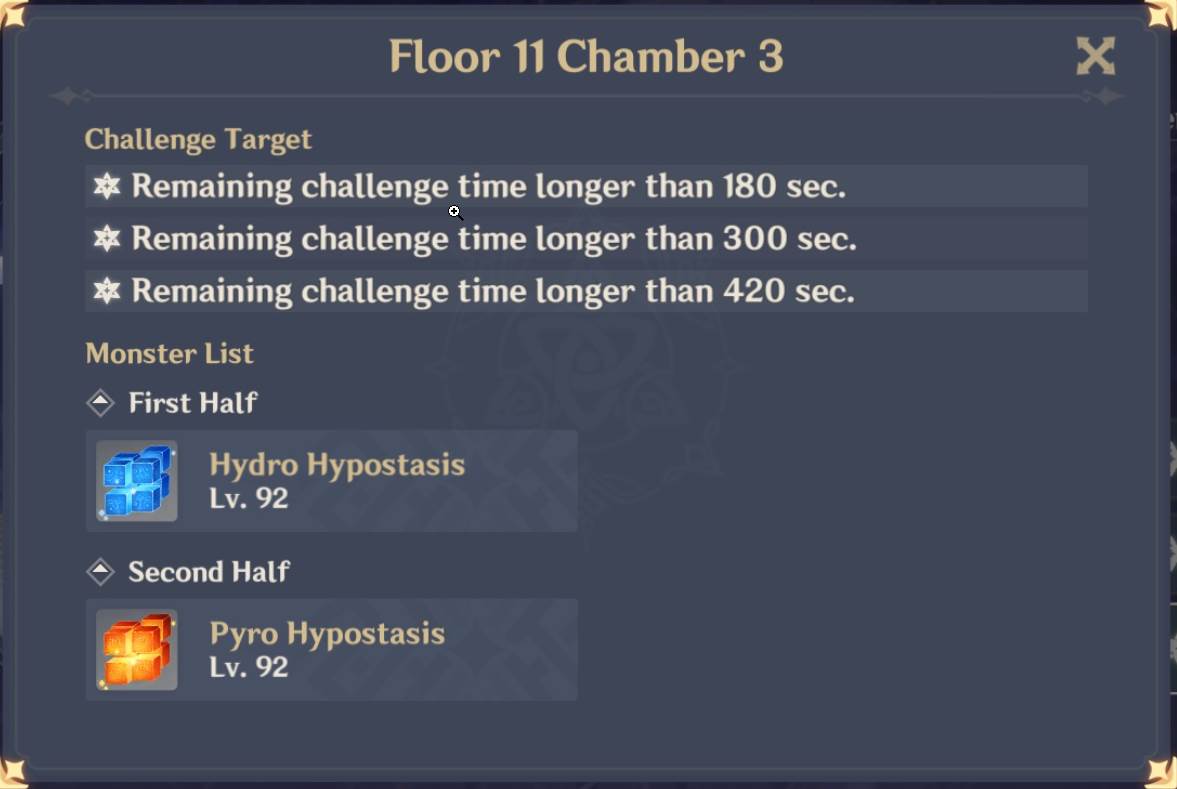 This is the most difficult chamber on the floor, and it necessitates a thorough understanding of the Hydro Hypostasis system. Because of how quickly it transitions from a vulnerable to an invulnerable state, the boss is difficult to defeat.

After a minute, the Hydro Hypostasis will migrate to the centre of the map, making it the best time to attack. It will use a special attack here that exposes its core for an extended period of time. This is the best time to use all of your abilities and bursts in order to activate the second phase.

In the second phase, you must defeat three Slimes who are slowly marching towards the Hypostasis. To defeat the Slimes, you must use Elemental Reactions. They dissolve quickly in any element, including Anemo and Geo reactions, but removing these slimes in a timely manner may take some practise.

After clearing Floor 11, you’ll be ready to take on Floor 12, the game’s most difficult level.