Lockpicking in Dying Light 2 will grant you access to secure locations as well as rare materials and items, just like in most other games with a similar mechanic. You’ll find locked doors and containers full of useful items like weapons, gear, valuables, and crafting materials for upgrading blueprints as you travel around Villedor and the Central Loop.

While you are not required to open these areas or chests, doing so will frequently reward you with epic and rare weapons and equipment, collectibles such as tapes and mementos, and consumables such as high-tier Immunity Boosters. 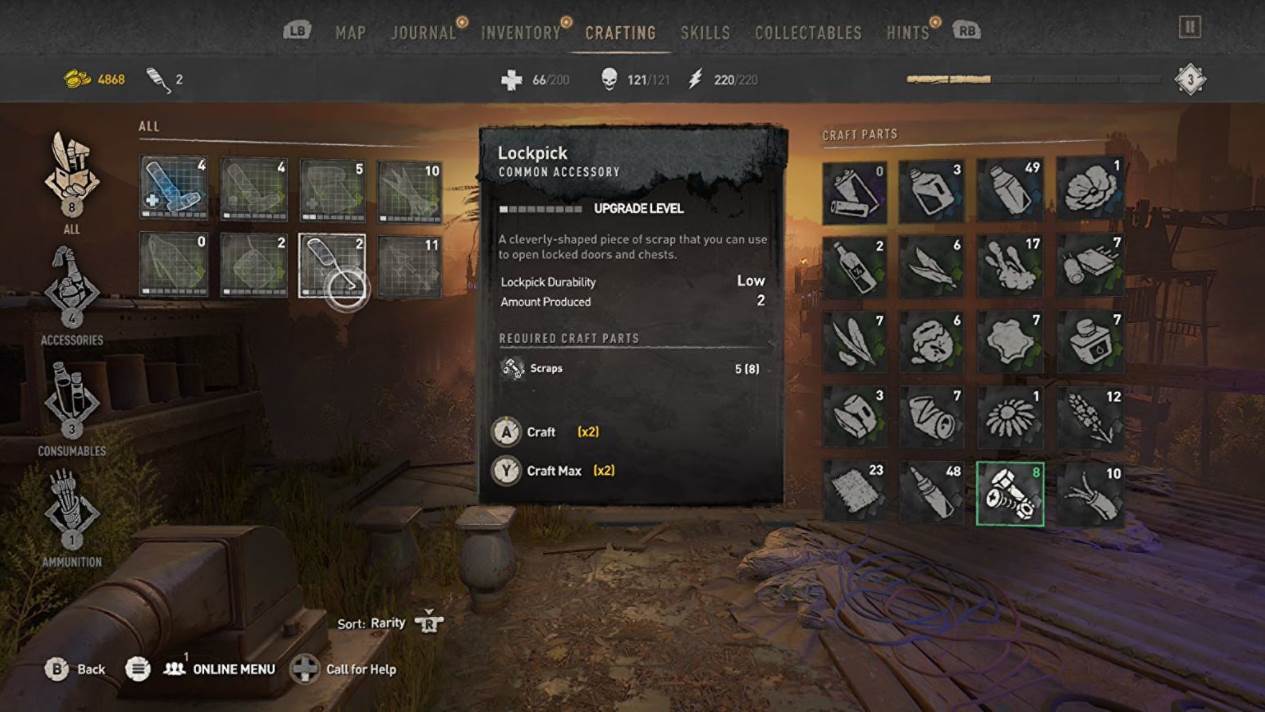 How to Get the Lockpick Blueprint in Dying Light 2

The lockpick blueprint won’t be available right away, but it won’t be long before you can start making these tools.

The lockpick blueprint can be found in Old Villedor’s Markers of Plague, the third story quest. You won’t be able to miss it; Hakon will hand it over to you.

How to Craft Lockpicks 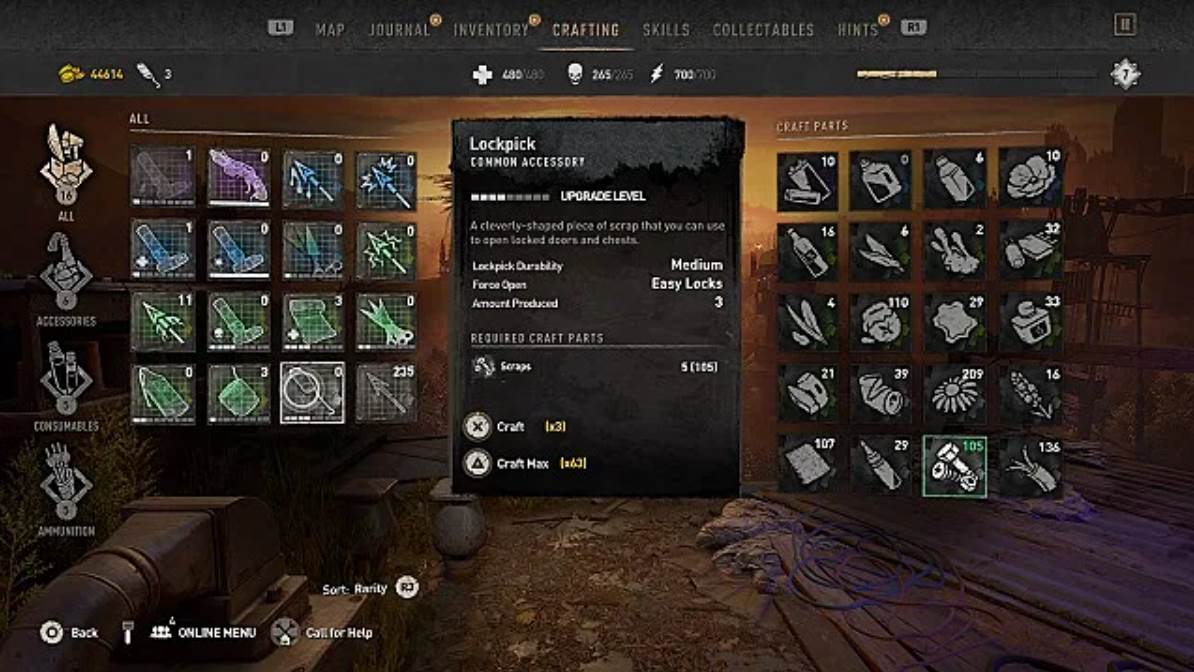 Scrap can be used to make lockpicks, and you can only make two at a time at first. Open your menu and go to the Crafting tab once you have the blueprint.

To find the grey lockpick icon, hover over it under “All” or select “Accessories,” and two prompts will appear at the bottom of the recipe card in the middle of the screen. Depending on how many resources you have, you can make as many as you want.

If you’re looking for scrap, it’s not difficult to find. You’ll have plenty of lockpicks if you loot every trash can and bin you come across, as well as any Infected you kill. Keep in mind that Scrap is also used in a variety of other crafting recipes.

How to Use Lockpicks 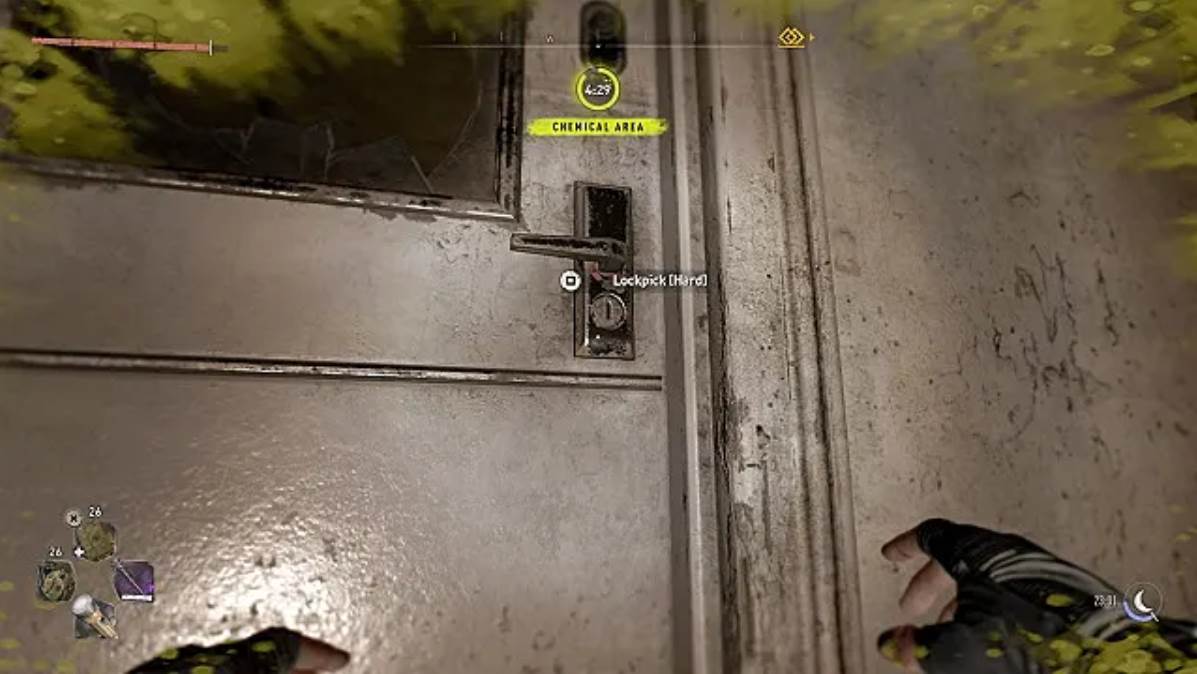 You already know how lockpicking works in Dying Light 2 if you’ve played Chernobylite. To start the mini-game, approach a locked door or chest and press the button prompt.

A lock and a set of lockpicking tools will appear. You must turn the lock 90 degrees to the right without resistance to complete the mini-game.

Any resistance, on the other hand, will reduce the lockpick’s durability, eventually causing it to break. When the tools shake and, if you’re using a controller, the controller vibrates, you’ll know there’s resistance.

The best way to open any lock is to go slowly and stop when you encounter resistance, repositioning the top tool in increments.

Keep in mind that locks come in a variety of levels of difficulty. They are mentioned below:

For example, very easy locks don’t have much resistance and give you a lot of room to turn the lock. To find the sweet spot, however, very hard locks necessitate precise movement and slow, methodical positioning and turns.

It’s also important to remember that while lockpicking, you can still be attacked and take damage. Chemicals also reduce your immunity while playing the mini-game.

How to Upgrade Lockpicks

Lockpicks, like other weapon and accessory blueprints, can be upgraded at a Craftmaster. The Bazaar, the Fish Eye, and the PK Floating Fortress are all Faction hubs where these vendors can be found. As you assign more Facilities, such as Water Towers and Electrical Substations, and move the City Alignment, they’ll start to appear in unexpected places.

Upgrades allow you to force open certain level locks and improve lockpick durability, making them less likely to break. You can also produce more than one at a time. For example, you can only make two at a time at first, but upgrading a blueprint to Level 4 allows you to make three at once.

That’s pretty much all there is to know about lockpicks in Dying Light 2. You’ll now have access to a wide range of fantastic weapons (including the high-level Epic and Rare varieties found in locked Sunken Airdrops), as well as useful gear and crafting materials. We hope this guide helped you.

Don’t forget to check out our other gaming, troubleshooting, and computing guides. if you liked this. Furthermore, if you have any questions or suggestions, please use the comment section below to contact us. Dying Light 2 is available for PC on Steam.