In the 30th Anniversary event, some of Bungie’s most iconic weapons make their Destiny 2 debut. They’ve brought back the BxR-55, the Energy Sword, the Focus Rifle from Reach, and the Halo: Combat Evolved Magnum pistol, which is perhaps the most famous (and infamous) sidearm in gaming.

Because Halo is still a Microsoft property, these weapons are only available in Destiny 2. Starting with the Forerunner, the Halo CE Magnum in all but name, here’s how to get all Halo weapons in Destiny 2. 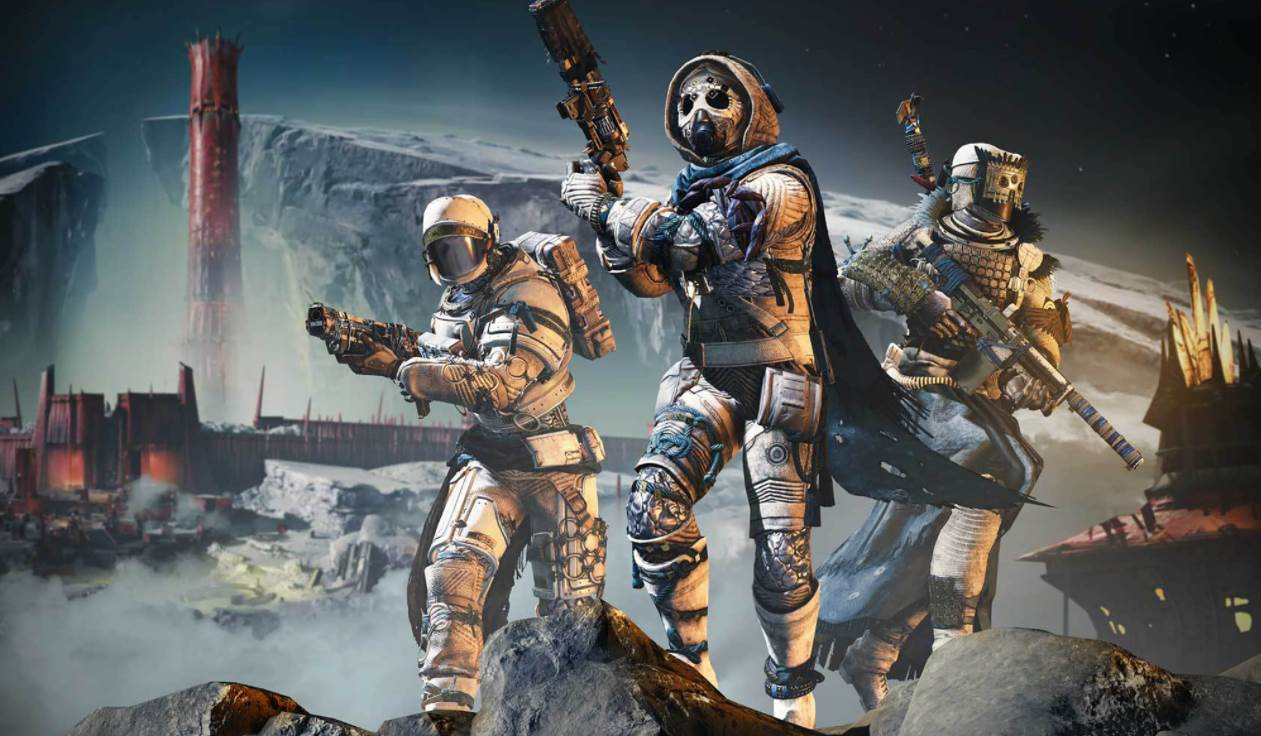 How to Complete Magnum Opus and Get the Forerunner in Destiny 2?

The Magnum Opus quest for the Forerunner exotic Sidearm has six steps. To begin the quest chain, go to Xur’s Treasure Horde via the Director’s Eternity node. When you speak with him, he’ll give you the first quest.

Unlike Destiny 1, you’ll quickly become engulfed in Strange Coins. You get one or two for completing most of the game’s core activities, such as Strikes, Crucible, and Gambit, but the Dares of Eternity activity also counts. It won’t take long to find seven coins.

This step requires three Starhorse bounties, each of which has three levels of difficulty. The impossible equine’s first three options provide one unit of progress, the second two provide two units, and the hardest option completes this step in one go.

The most difficult one requires you to achieve a 300,000 score in Dares of Eternity, which is nearly impossible to achieve without a dedicated fireteam, or to complete the Legend difficulty, which does not use matchmaking. 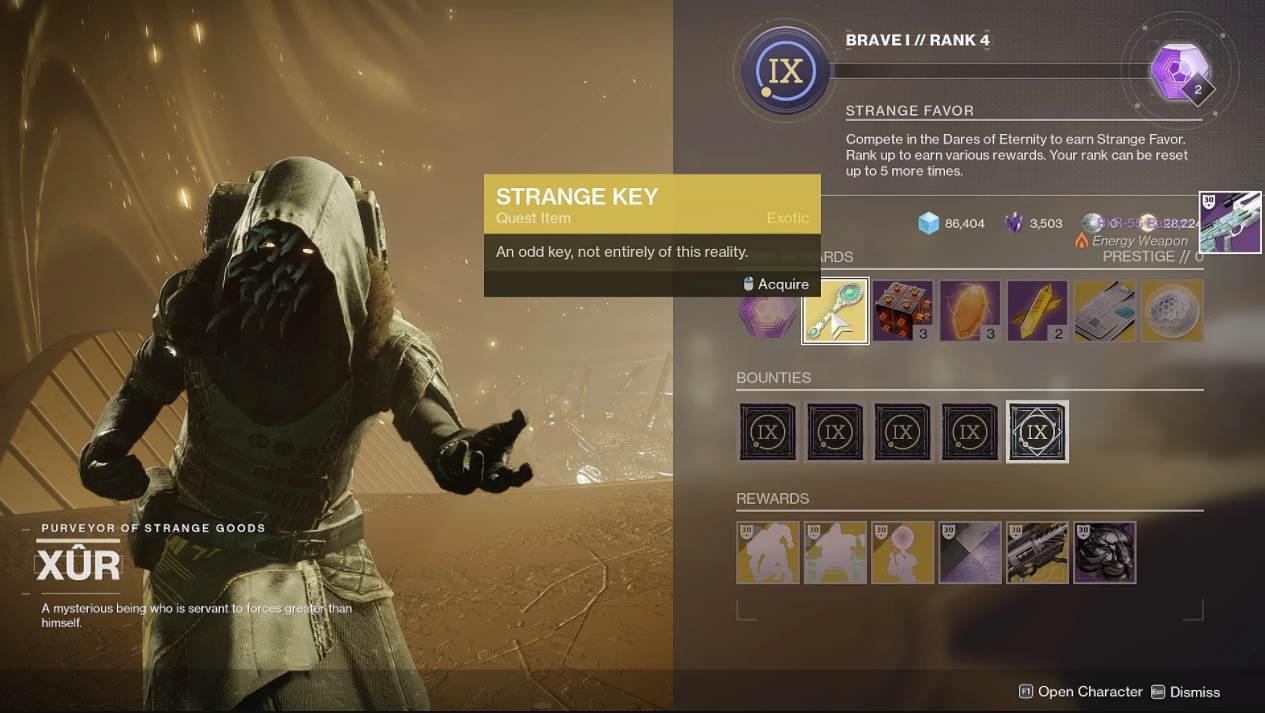 You’ll need to complete about five Dares of Eternity runs. Return to Xur once you’ve reached Rank 4 and take the Strange Key, the first Exotic item he offers in his rank-up rewards.

Magnum Opus Step 4: Head to Eternity and Use the Strange Key 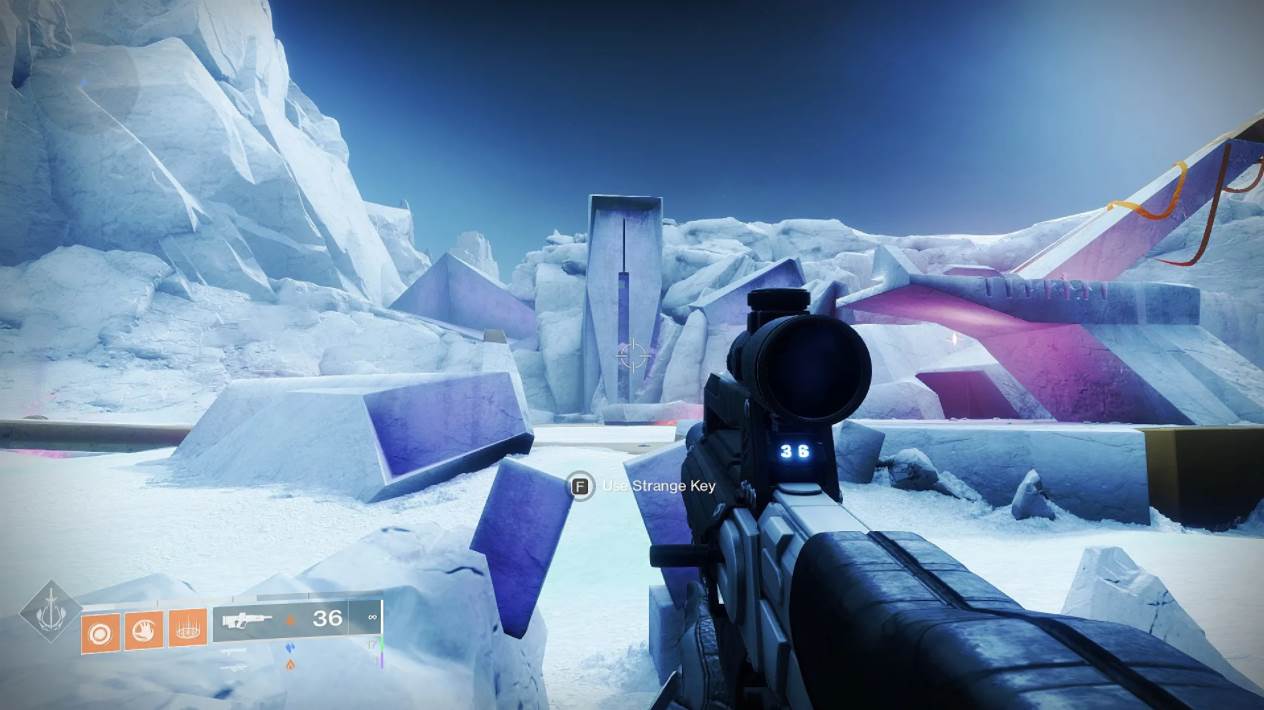 In Xur’s Horde, a pink, swirling vortex is directly across from the treasure room. Enter it to teleport to Eternity’s Valley. When you examine the Strange Key in your inventory, it will instruct you to go to the location where the Seven Columns align. Cryptic.

From the central structure facing the path to the second area in Dares, look behind you and to the right. A small rocky outcropping with rectangular blocks jutting out of it will be visible. As you approach the rock pile, a quest marker will appear.

To activate the Strange Key, turn to face the large structure on the other side of the Valley and press the use key. The message “A barrier lowers somewhere up ahead…” will appear in the bottom left corner of your screen.

Before reaching the large structure at the far end, cross the Valley and enter a cave system on your right. 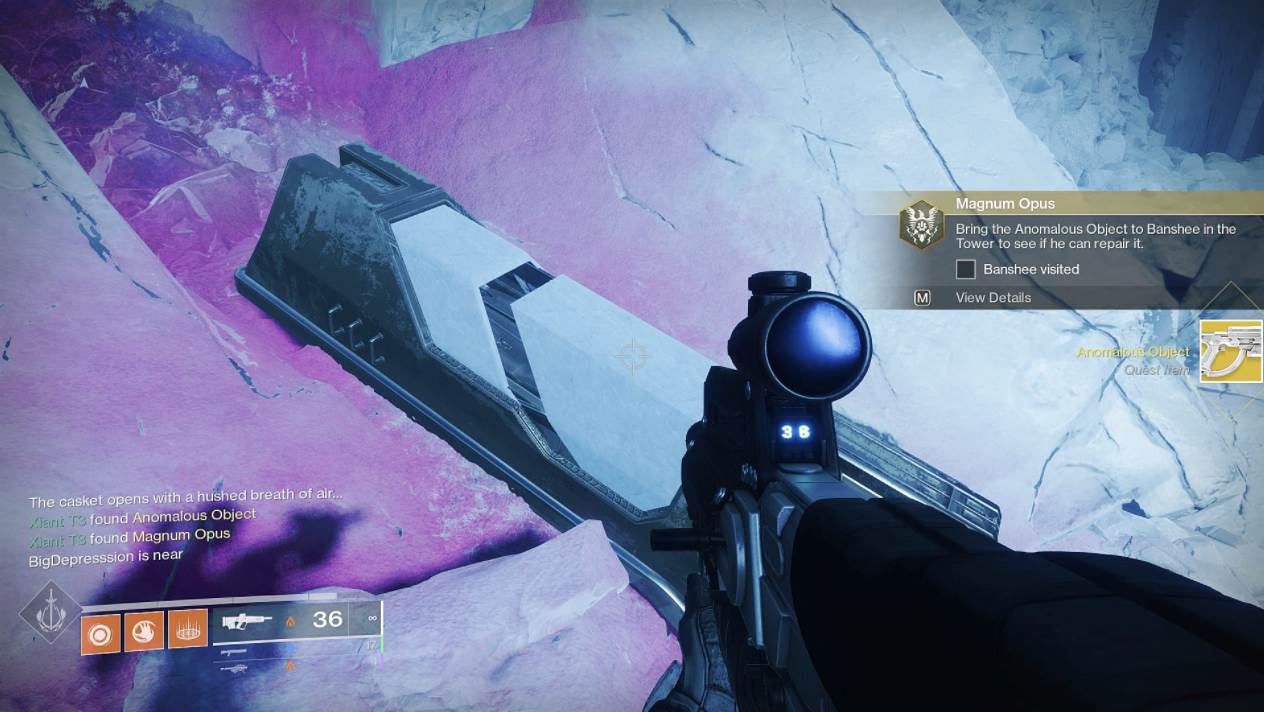 You’ll make your way up above floating blocks, spheres, and the occasional hazard in a brief platforming section. You’ll find an icy room with a familiar cryo pod at the cave’s top.

Except for the Anomalous Object, it’s sadly empty.

Head to the Tower and speak with Banshee-44, just like it says on the tin. As he hands you the Forerunner, he’ll tell you about the Anomalous Object and what he did to fix it.

How to Get Halo Weapons in Destiny 2

Getting your hands on the BxR-55 and other Halo weapons isn’t as difficult as getting the Forerunner, but getting the perks you want is still a game of chance. 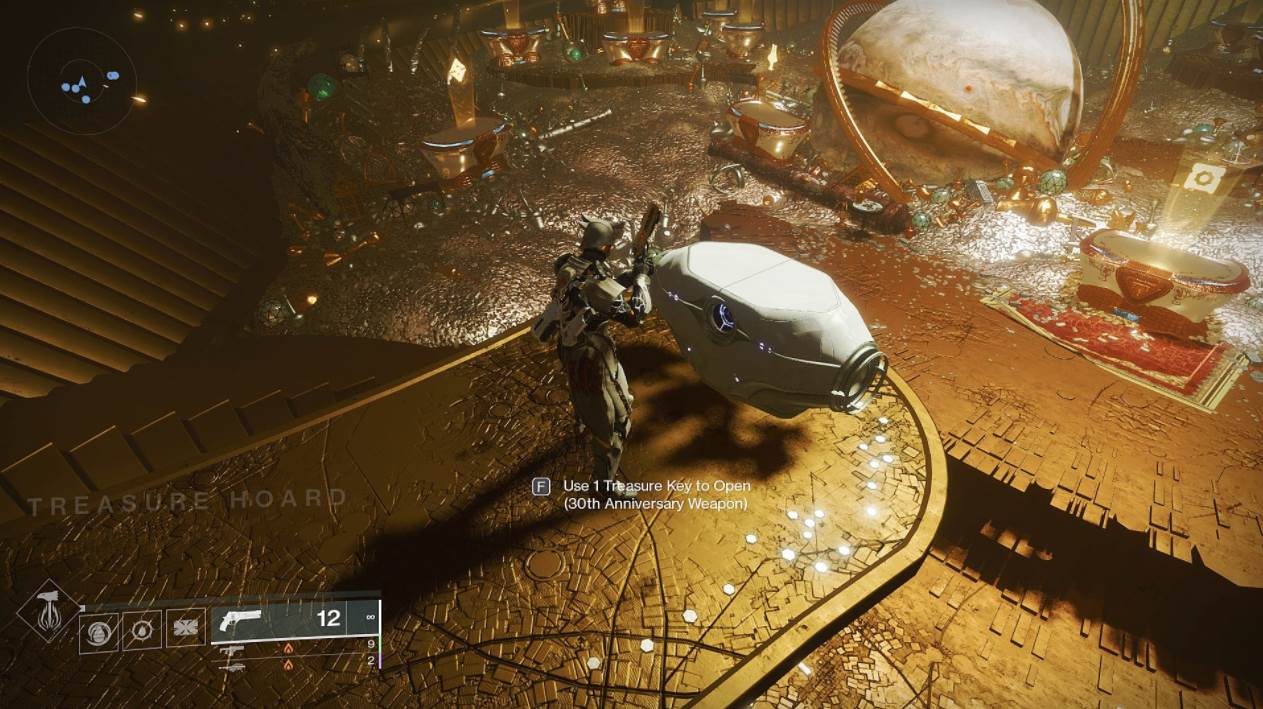 You open the first chest near Xur with Treasure Keys for a chance at a randomly rolled Halo weapon.

There are other weapons in that loot pool that aren’t from Halo (the Wastelander shotgun and Pardon Our Dust Grenade Launcher), so you won’t always get what you want.

Strange Rank Engrams can be found in Xur’s Treasure Horde at the top right of his vendor screen. If there is an engram waiting for you, it will be illuminated with a number.

Do not rely on these engrams as a farming source because they have the same drop rates as the loot chest and appear much less frequently.

How to Get Treasure Keys in Destiny 2?

The Dares of Eternity activity is your primary source of Treasure Keys. Whether you’re playing on Normal or Legendary difficulty, each completion nets you a single key.

You can also get keys by completing Starhorse bounties and opening Paraverse Haul boxes, but these don’t guarantee a key, so you’ll probably have to open a few before you get one.

Well, that’s all we have here about how you can get the Forerunner and Halo Weapons in Destiny 2. We hope this guide helped you.