A Korean MMO called Elyon was just was released last year on Steam through Kakao Games. With its expansive open world and visually stunning animated combat, Elyon quickly garnered much attention. Elyon perfectly illustrates the RPG MMO genre. It is set in a vivid and colorful fantasy world with enormous monsters to slay. As of now, Elyon has six classes: Warlord, Slayer, Assassin, Elementalist, Gunner, and Mystic, in addition to its expansive open world and tower-based endgame content.

In Elyon, each class excels in a different area. In this MMO, knowing one’s strengths and weaknesses is critical.

The game’s focus has been on dynamic combat between two Realms, Vulpin and Ontari, with players employing a variety of skill combinations based on the game’s non-targeting system. 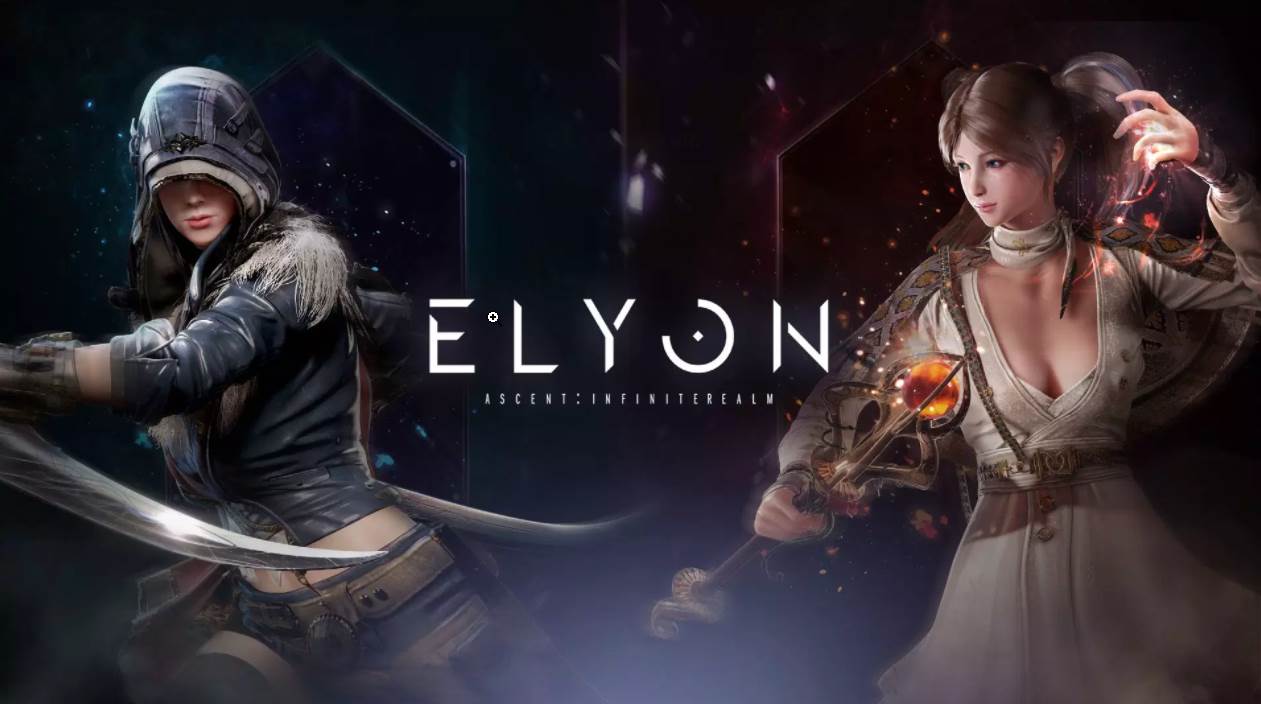 All Classes in Elyon

Each class has its own play style and role that assists the player in completing more difficult content. While not all classes are suitable for all types of content, there is always a meta where certain classes perform better than others in certain situations.

The amount of time a class is played is determined by its DPS, Survivability, and Utility. Here are the rankings for all six Elyon classes, based on player feedback and usage.

In Elyon, warlords are your front-line fighters. They are the best tanks in the game and have a high vitality.

Further, they are most effective when equipped with a shield and weapon, which they can use to attract enemies and keep them from wreaking havoc on the weaker classes.

In the current meta, the Warlord is one of the most important classes. It compensates for its lack of range with a number of other combat advantages, including crowd control.

The defensive and utility abilities of Warlord are exceptional. Shin Leap is a skill that grants a stacking attack and movement speed buff. This stacks with its taunt ability, which increases attack speed as well.

Single-target damage is a must for Bosses, and Warlord excels at it. Warlord receives the most play out of all the classes due to its ease of use. Warlord is a formidable class with high survivability and the ability to pull mobs and silence them.

If you enjoy making things explode, the Elementalist is the class for you. They have low defensive stats, but no other class is as good at dishing out offense as they are.

However, the key to making this class work for you is to choose the right elemental damage to deal with.

Elementalist is the best and most well-liked class in all of Elyon’s content, excelling in a variety of fields. It’s considered a top-tier DPS for farming and deals a lot of Boss damage in PvE. It also has above-average tower clearing abilities, allowing it to breeze through floor 50 in endgame content.

This class may not have the best mobility in the game, but it more than makes up for it with its obvious potential. Elementalist is a low-skill gap class with top-tier numbers as Elyon’s most popular class.

In Elyon, mystics are the divine healer class, but they also have some offensive spells at their disposal. They have the ability to immobilize enemies, which can be a good strategy for keeping other caster classes safe.

Mystic is Elyon’s second-best class. Because of its healing, Mystic is a good starting class and a strong endgame class because of its support and AoE abilities.

With poison skills that it layers on the ground, Mystic heals and deals AoE debuff damage. Toxic Cloud, when combined with Apedextrous, creates a terrifyingly powerful AoE.

Mystic also has a number of mobility abilities that allow it to flee quickly and skate around the battlefield to assist other members of the party. This class is also popular in PvP due to its skills that leave a trail on the ground, making them difficult to miss and avoid.

For the assassin class, stealth is the name of the game. They can deal a lot of damage and then vanish, only to reappearance somewhere else on the battlefield.

Just don’t let the enemy pin them down, because they’re paper-thin. Because of their high mobility, hitting them is easier said than done.

Assassins are a fun class to start with for many players. The Assassin is a dual-wielding class with several cool stealth abilities and some ranged options.

It has a lot of utility abilities like Smokescreen and can dish out some serious damage in most situations thanks to Shadowstar’s significant range.

Assassins have some of the best mobility in the game, but their endgame content and farming are where they fall short. To compete with other classes, the class lacks sufficient mob damage. While not bad, the Assassin class is considered to be in the middle of the pack.

Gunners are ideal for those who want to stay out of the fray while still assisting in the control of the situation by laying down suppressive fire.

Moreover, they have grenades and other area-of-effect attacks that can help clear out waves of weak enemies.

When it comes to PvE farming and mob clearing during endgame tower runs, Gunner is an excellent choice. Gunner is a class that is a lot of fun to play and has a lot of mobility.

In endgame content, the Gunner can compete with top classes, but it has low single target DPS and lacks the utility to be considered more viable than other classes.

Bullet Rain and Fatal Missle, two of the Gunner’s abilities, are great for grouping Adds so they can be cleared with piercing bombardment.

The range of the gunner is its most powerful ally, especially when combined with other classes that pull aggro. Unfortunately, Gunner isn’t seen as a bad class, just average, and it loses appeal to other classes that perform better in PvP and endgame content, putting it here.

Many new players choose Slayer as their first class because it has flashy abilities and is based on the big sword archetype.

Slayer has a large skill gap at endgame activities, which hurts its ranking on the list when compared to other classes. Slayer has some powerful abilities, such as Blood Moon and Imprint, but the rest of its gear is considered mediocre.

It has to fight hard against other classes that do more damage with less effort, due to its lack of mobility and the requirement of skill points to push DPS numbers high enough.

Enemies are dealt massive melee damage by the Slayer class. They are most effective when partnered with a Warlord who can protect them while they engage in combat.

Slayers have excellent close-range area attacks, allowing them to annihilate enemies before they can pose a threat to the backline classes.

What are the Rankings of these Classes in Elyon?

As per our findings and experience, rankings are as follows:

We hope this guide helped you understand all the classes in Elyon. If you liked this, don’t forget to check out how to fish in Elyon.

Furthermore, if you have any questions or suggestions, please use the comment below to contact us. You can play Elyon by clicking on the link here. 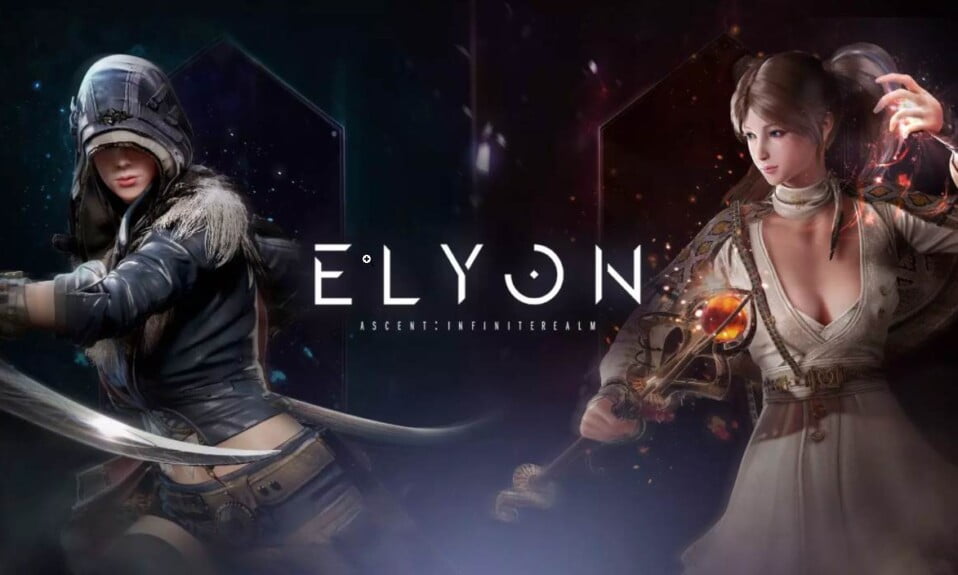 How to Fish in Elyon