What are the best meta decks in Yu-Gi-Oh Master Duel? So you’ve progressed beyond the basic starter and structure decks and want to create your own deck to compete in ranked duels at the highest levels. What kind of deck do you construct? The ultimate goal is to have fun, and the more fun you have, the more likely you are to learn the basic strategies and how to react in real-time to counter-strategies. To win, you must master strategies and know-how to deviate from standard combos to make better situation-based plays. Some decks, however, are superior to others. 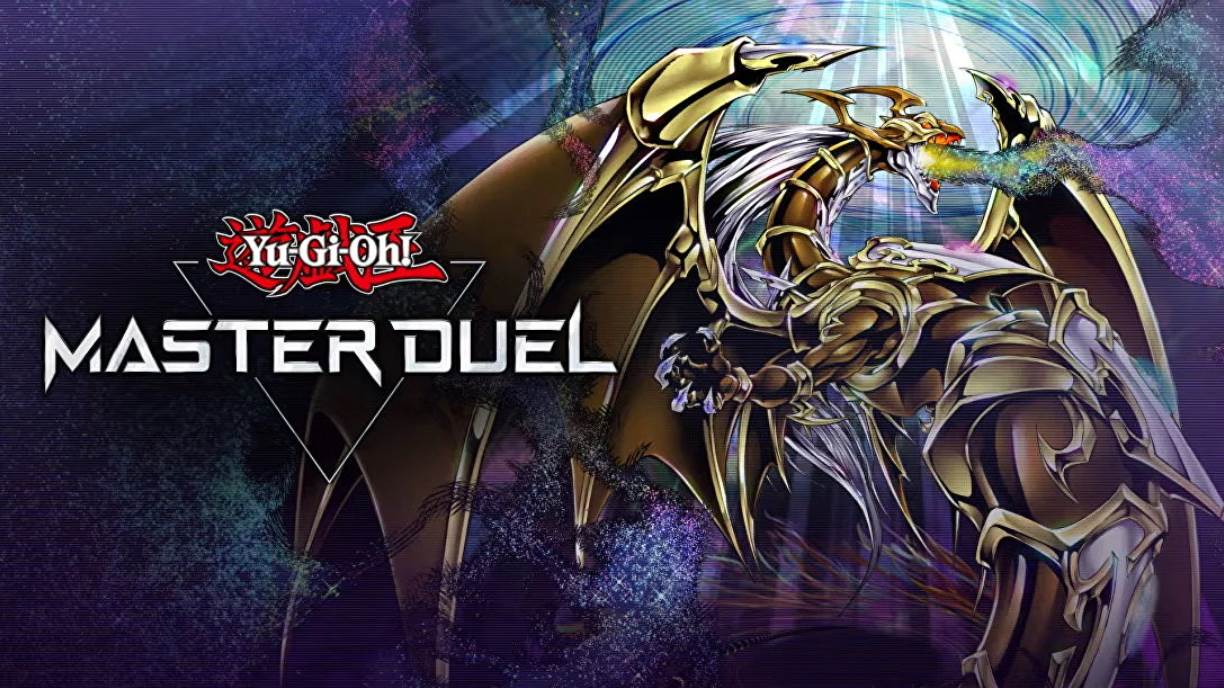 In Master Duel, there are numerous archetypes and builds to choose from, but some stand out more than others.

Some of this is due to accessibility, while others are due to the fact that there are only a few excellent archetypes. So, what are the most popular meta decks right now? Let’s take a look at what we’ve got. 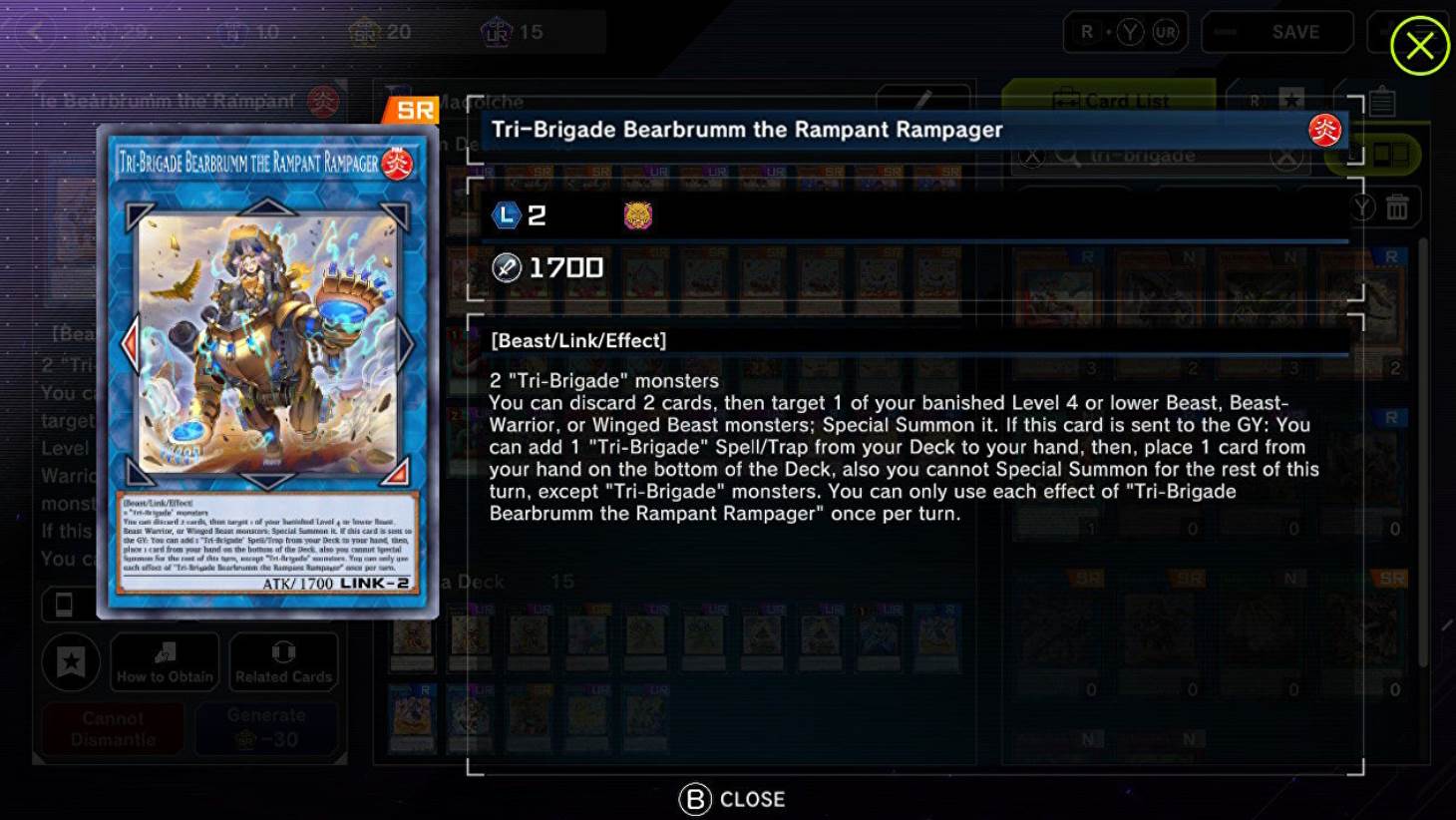 The best meta deck in Yu-Gi-Oh Master Duel right now is Tri-Brigade Zoodiac. The compatibility of the two archetypes is the most important factor in this deck’s success.

Because of the power of Zoodiac cards like Zoodiac Broadbull in the original physical TCG, the monster was banned from the current forbidden and limited list for Yu-Gi-Oh Master Duel, limiting the consistency of a Zoodiac monster-only deck.

Fire Formation – Tenki, for example, can look for either Tri-Brigade or Zoodiac monsters, such as Tri-Brigade Fraktall, a key monster in the deck that can help you send Tri-Brigade Kitt to the graveyard.

By doing so, you’ll be able to engineer combos that allow you to send Tri-Brigade Nervall to the graveyard, then summon another Fraktall from your hand. The on-field effect can then be used to banish graveyard monsters, allowing you to summon Tri-Brigade Bearbrumm from the Extra Deck and continue building your board.

While common staple cards like Ash Blossom & Joyous Spring and Nibiru can be used to counter the deck, it is possible to keep playing through these negations and build a board that will allow you to rebuild for the next turn.

Many Tri-Brigade cards are also lower rarities, making this one of the best meta decks for free-to-play Yu-Gi-Oh Master Duel players because key cards are easier to craft or pull from booster packs.

Pull cards from the Echo Chamber Nation (for Tri-Brigade) and Those Who Stand Against Kings (for Zoodiac) secret booster packs for the best chance of getting the cards you need.

You can now add Tri-Brigade Nervall to your hand from your deck. After XYZ summons Lyrilusc – Recital Starling, you can use its effect to look for another Lyrilusc monster, which will provide the graveyard material required for Nervall’s effect to work.

With Tri-Brigade Lyrilusc, the key to victory is to use your versatile Lyrilusc XYZ monsters (which can be further enhanced with Divine Arsenal AA-Zeus – Sky Thunder), as well as the various Tri-Brigade Link monsters that can be summoned to your Extra Monster Zone.

This meta deck’s strength comes from its ability to XYZ and Link summon Lyrilusc and Tri-Brigade monsters in the same turn. Furthermore, due to the low rarity of many Lyrilusc cards in Yu-Gi-Oh Master Duel, constructing this meta deck is relatively simple compared to other high-tier decks.

Pull cards from the Echo Chamber Nation (for Tri-Brigade) and Moonlit Avian Dance (for Lyrilusc) secret booster packs for the best chance of getting the cards you need. 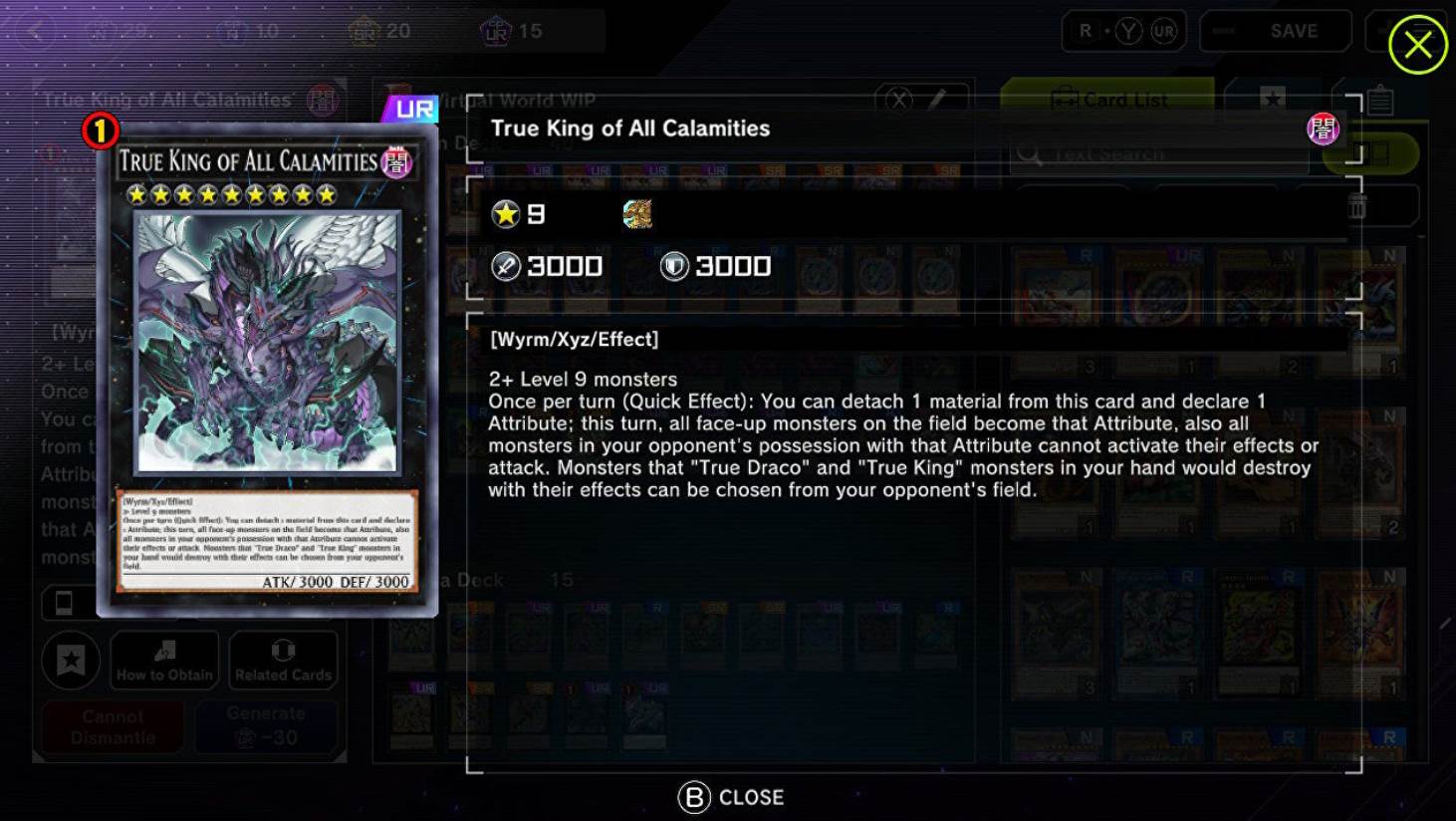 Virtual World decks are powerful because they have access to True King of All Calamities. This 3000ATK XYZ monster has the ability to declare an attribute, change all face-up monsters to that attribute, negate the effects, and prevent your opponent from attacking with monsters that share that attribute.

Because many Virtual World monsters are level 3 Psychics, cards like Emergency Teleport are especially useful in this deck. Virtual World Gate – Qinglong, whose effect allows it to be banished in order to add a Virtual World Monster from your deck to your hand, can be sent to the graveyard with Foolish Burial Grounds.

Virtual World decks are difficult to beat if you can play through your opponent’s attempts to negate effects on the way to summoning True King through additional Synchro and XYZ summons.

You’ll want to pull cards from the Cyber City Guardians secret booster pack if you want the best chance of getting the cards you need. 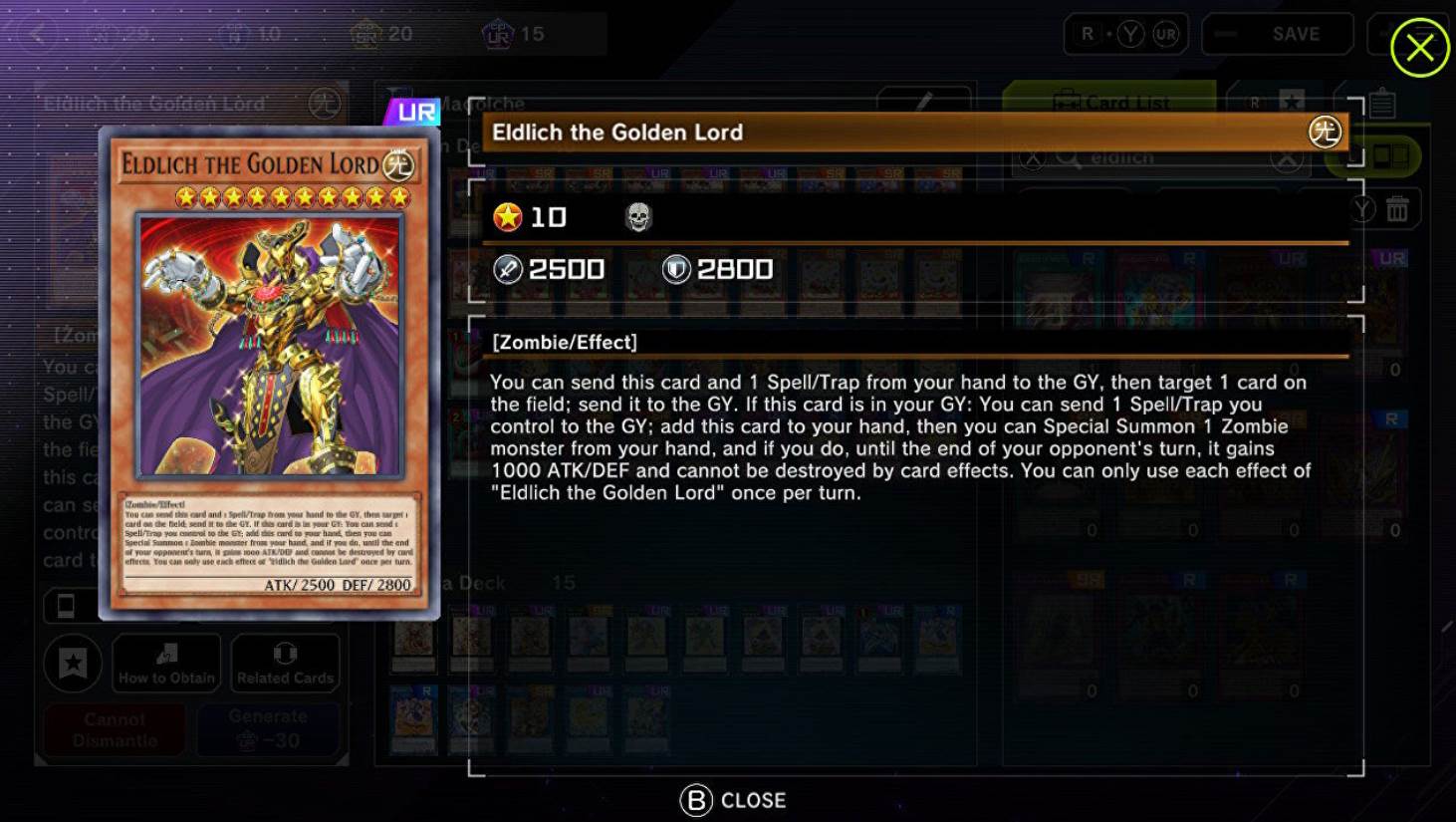 Eldlich’s ability to negate and shut down the special summon-heavy strategies used by most of the other popular and powerful decks in the current Yu-Gi-Oh Master Duel meta is one of the reasons they’re one of the best decks in the format. Eldlich the Golden Lord, the deck’s main boss monster, has this effect.

Despite having 2500 attack, you can summon Eldlich the Grand Lord by sending this card and one Spell or Trap Card from your hand to the graveyard, then targeting one card on the field and sending it to the graveyard.

You can Special Summon one Zombie monster from your hand if the card is in the graveyard, and then send a spell or trap card you control to the graveyard to return it to your hand.

You can use this effect to Special Summon Eldlich (a Zombie), and if you do, the card gains 1000 attack and defense and can’t be destroyed by card effects until your opponent’s turn ends.

The deck’s goal is to quickly summon Eldlich and then prevent your opponent from removing it. This can include using cards like Skill Drain to disrupt your opponent’s strategies, using Lava Golem to tribute monsters your opponent controls to remove annoying monsters they control, and other powerful negation cards like Imperial Order and Solemn Judgement to remove annoying monsters they control. Countering decks like Virtual World and Tri-Brigade is easiest with this control deck.

Pulling cards from the Immortal Reality secret booster pack will give you the best chance of getting the cards you need. 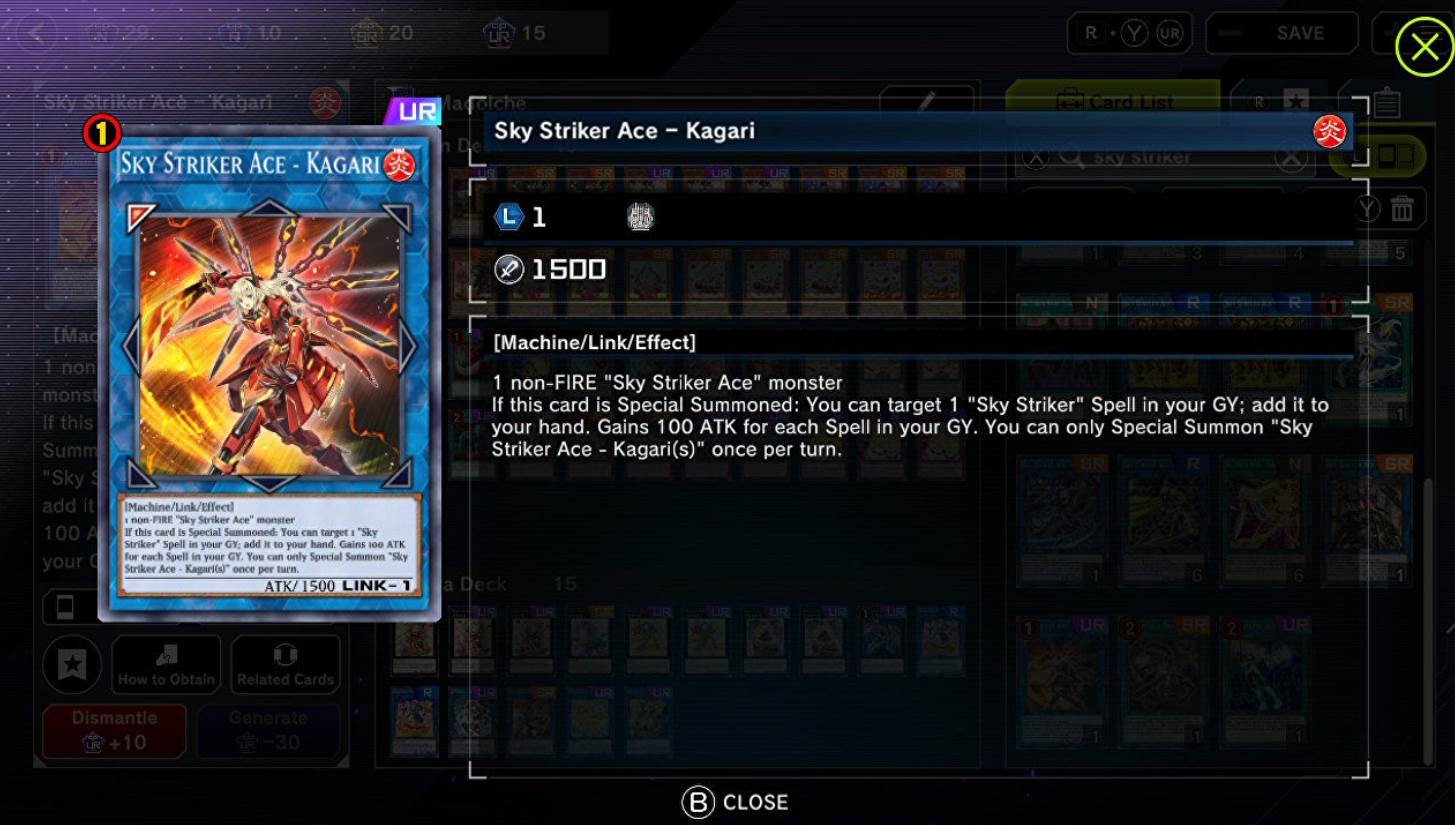 Sky Striker is a Link Summoning-heavy deck that allows you to summon powerful cards like Sky Striker Ace – Kagiri as well as generic Link Monsters like Access code Talker.

If you have the right materials, this deck is very effective because it can play through negations. This is because in order to access your key Sky Striker monsters like Sky Striker Ace – Raye, decks typically run multiple cards like Sky Striker Mobilize – Engage and heavy draw cards like Pot of Desires and Upstart Goblin. Many Sky Striker spell cards have effects or secondary effects that rely on having no monsters in the Main Monster Zones or having three or more Spell Cards in your graveyard, so this is a deck with few monsters.

Pull cards from the Singular Strike Overthrow secret booster pack for the best chance of getting the cards you need. 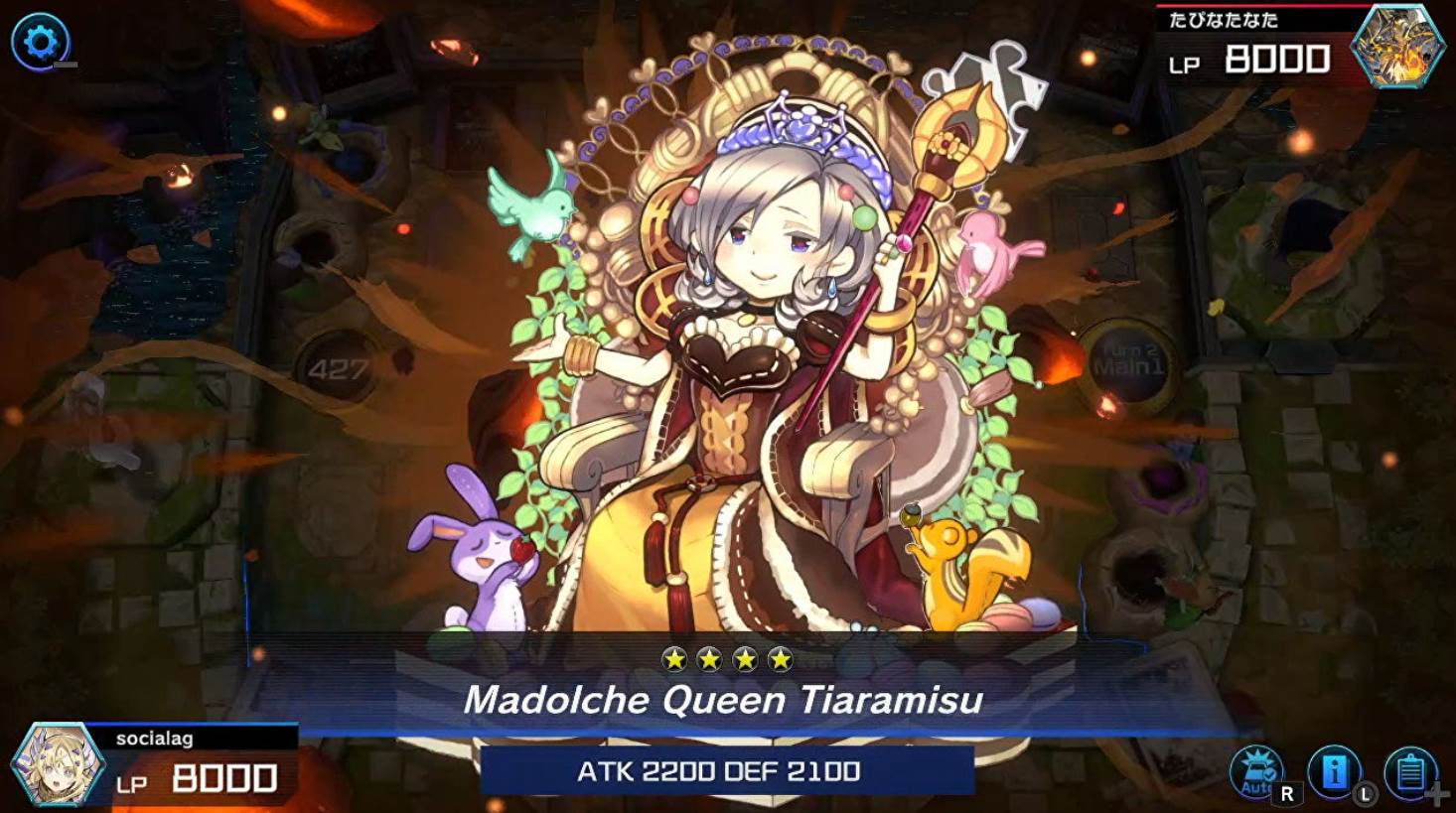 The best meta decks in Yu-Gi-Oh Master Duel are Tri-Brigade, Virtual World, Sky Striker, and Eldlich, but they are not the only decks you should use.

Rogue decks are less popular decks that have the potential to win, either by being able to avoid your opponent’s pesky negation strategies or by being less familiar to your opponent.

Opponents may not be aware of the best strategies for dealing with unfamiliar decks, giving you the advantage of surprise in a duel.

Drytron is on the verge of becoming a meta deck, thanks to its powerful ability to negate and stop your opponent’s plays with cards like Herald of Ultimateness.

However, if you don’t draw the right cards in your opening hand, it can be unpredictable. It’s also one of the more costly decks to construct right now, making it less accessible than other, more mainstream decks.

Prank Kids, on the other hand, uses mostly N and R rarity cards for its primary strategies, with higher rarity cards only appearing in the extra deck, staple, and support decks.

Depending on the scenario, these have quick effects that allow them to act defensively to protect your own life points or offensively to destroy all of your opponent’s monsters.

Madolche is a unique dessert pun-based deck in which monsters sent by battle or card effect are shuffled into the graveyard.

The ability to cycle cards between different areas of the playing area, when combined with support spell cards like Madolche Ticket, Madolche Salon, Madolche Chateau, and Madolche Promenade, can activate effects that allow many monsters to be special summoned in a single turn.

Well, these were the best meta decks in Yu-Gi-Oh! Master Duel. We hope this guide helped you. If you are bored of Yu-Gi-Oh Master Duel, here’s how to delete Yu-Gi-Oh master duel account.

Don’t forget to check out our other gaming, troubleshooting, and computing guides. if you liked this. Furthermore, if you have any questions or suggestions, please use the comment section below to contact us. Yo-Gi-Oh! Master Duel is available on all major platforms. 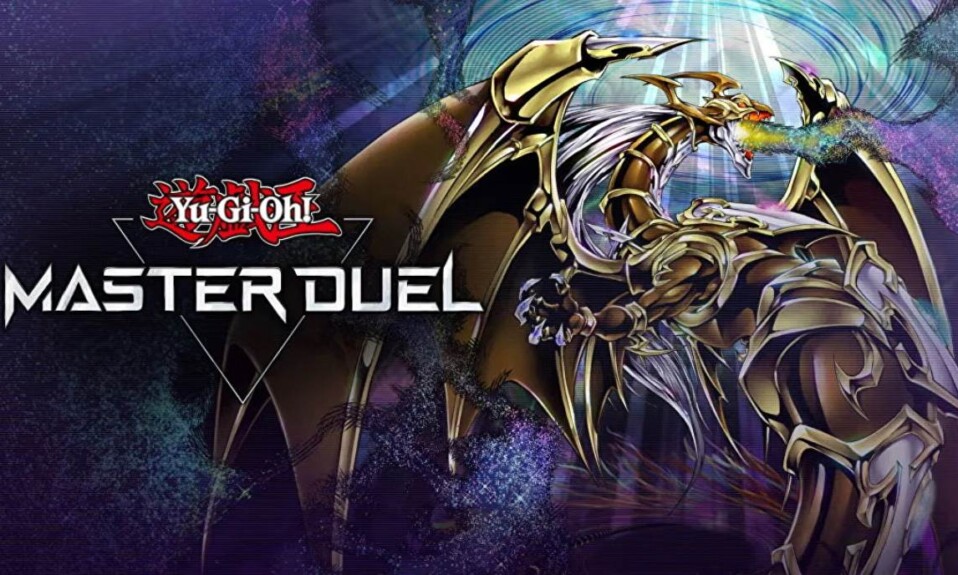 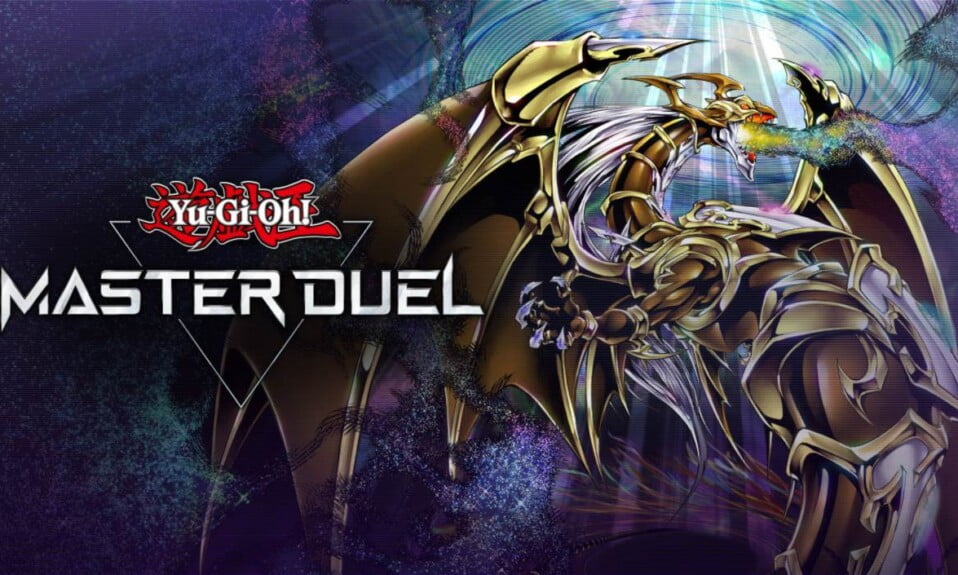 Is the Duel Pass worth it in Yu-Gi-Oh Master Duel? 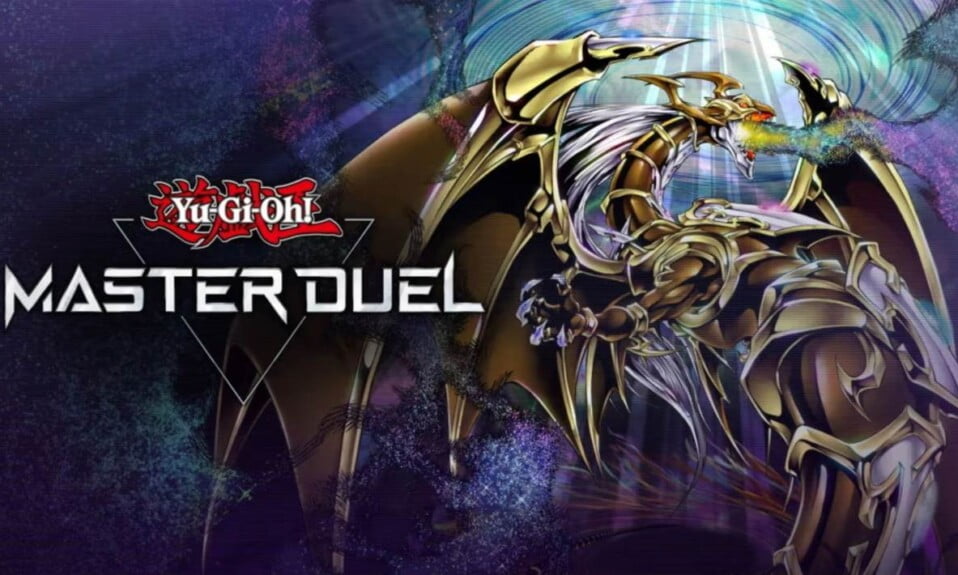 How to Craft Cards in Yu-Gi-Oh! Master Duel