Aiden is on the lookout for his sister Mia in Dying Light 2: Stay Human. That journey eventually leads you to meet a doctor who experimented on our protagonist and is now working to destroy Villedor. It’s finally time to fight Waltz and complete the main story after hours of gameplay. Here’s how to kill Waltz in Dying Light 2 Stay Human. How to Kill Waltz in Dying Light 2 Stay Human

To begin, Waltz’s boss fight is divided into four phases, each of which is separated by cutscenes.

Waltz will throw you onto a circular platform in the first phase. This is really just a big brawl between the two of you in this first fight. When you see Waltz approaching you, simply move out of the way.

Dodge backwards before he hits the ground with a shockwave attack if you see him light up and jump straight into the air. Don’t worry if you fall off the platform; simply climb back up using one of the side objects. You’ll enter a cutscene if Waltz’s health is extremely low. 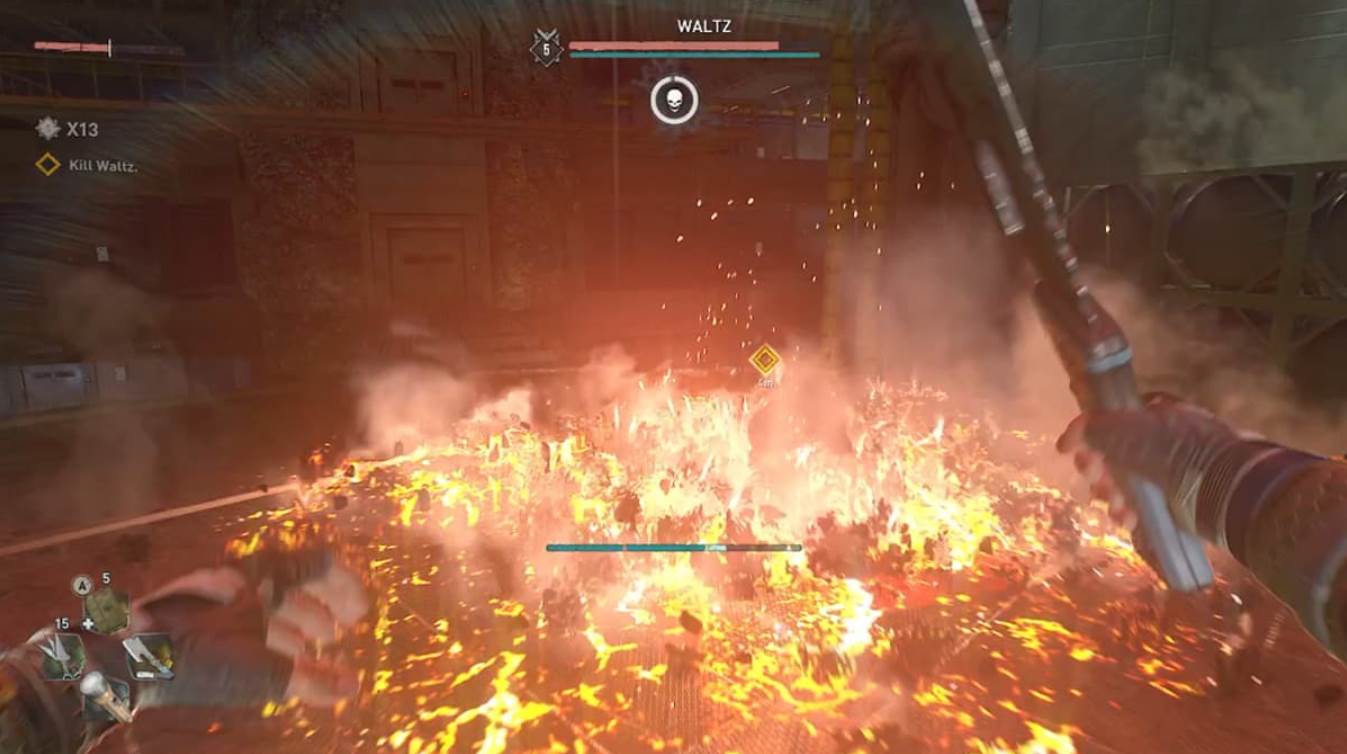 Waltz will routinely run into the smoke and dash around in phase two before charging at you. Don’t try to catch up to him; instead, stay in the center and keep an eye on his movements so you can dodge out of the way when he returns. 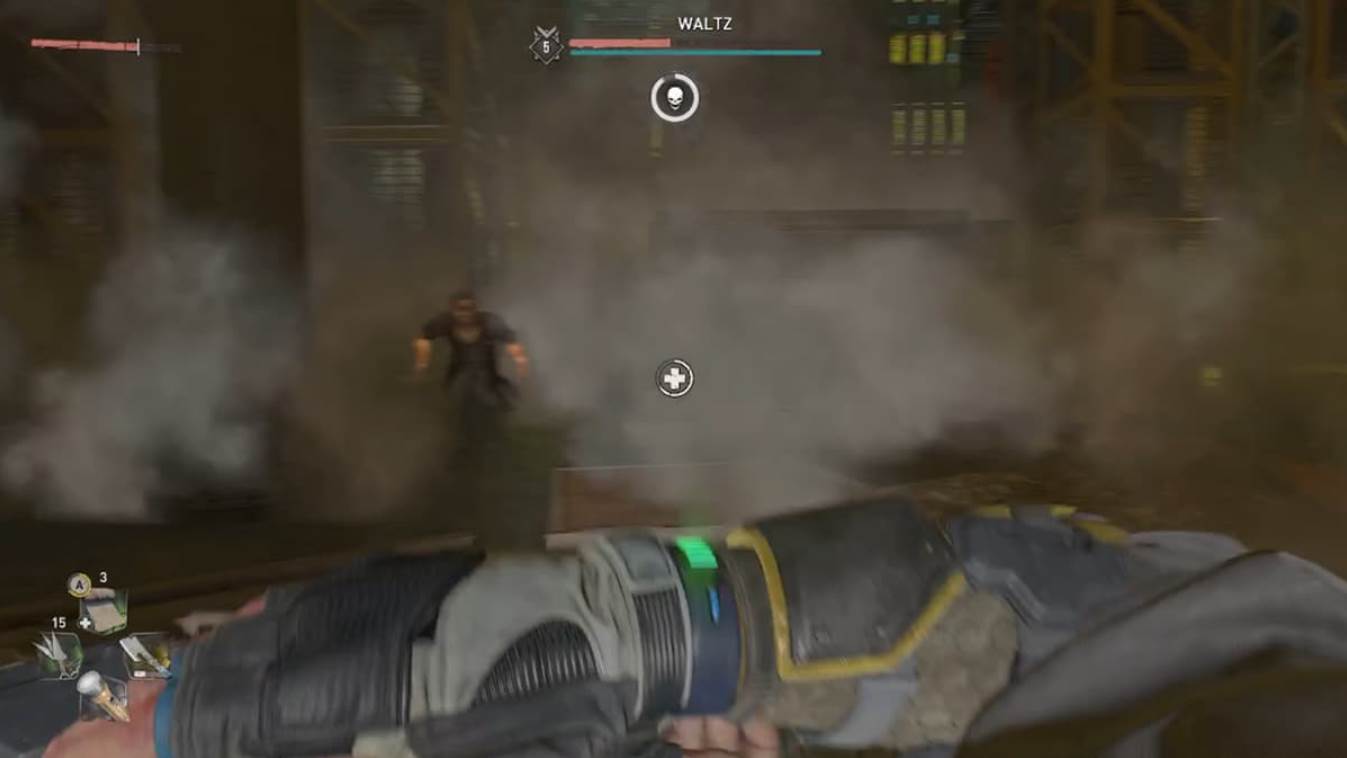 When he is in the center, his attacks are mostly the same as before; simply avoid them and strike when you have the opportunity.

Phase three begins with Waltz taking an inhibitor and jumping onto platforms after a lengthy cutscene. You’ll have to climb and chase him across these platforms this time.

This time, he has a few new moves, including a sweeping attack, but it shouldn’t be too difficult to deal with. If you notice that your immunity meter is getting low, take some UV Mushrooms or an Immunity Booster.

There are plenty of vents around the place to use your paraglider on if you fall and need to get back up quickly. Aiden will transform into his monster form at the end of this phase and take out the rest of Waltz’s health in one hit.

Finally, we’ve arrived at the most straightforward part of the battle. Waltz will now return to the ground floor by jumping backwards among the platforms. Aiden, on the other hand, is in his monster form this time and doesn’t need to parkour around the environment. 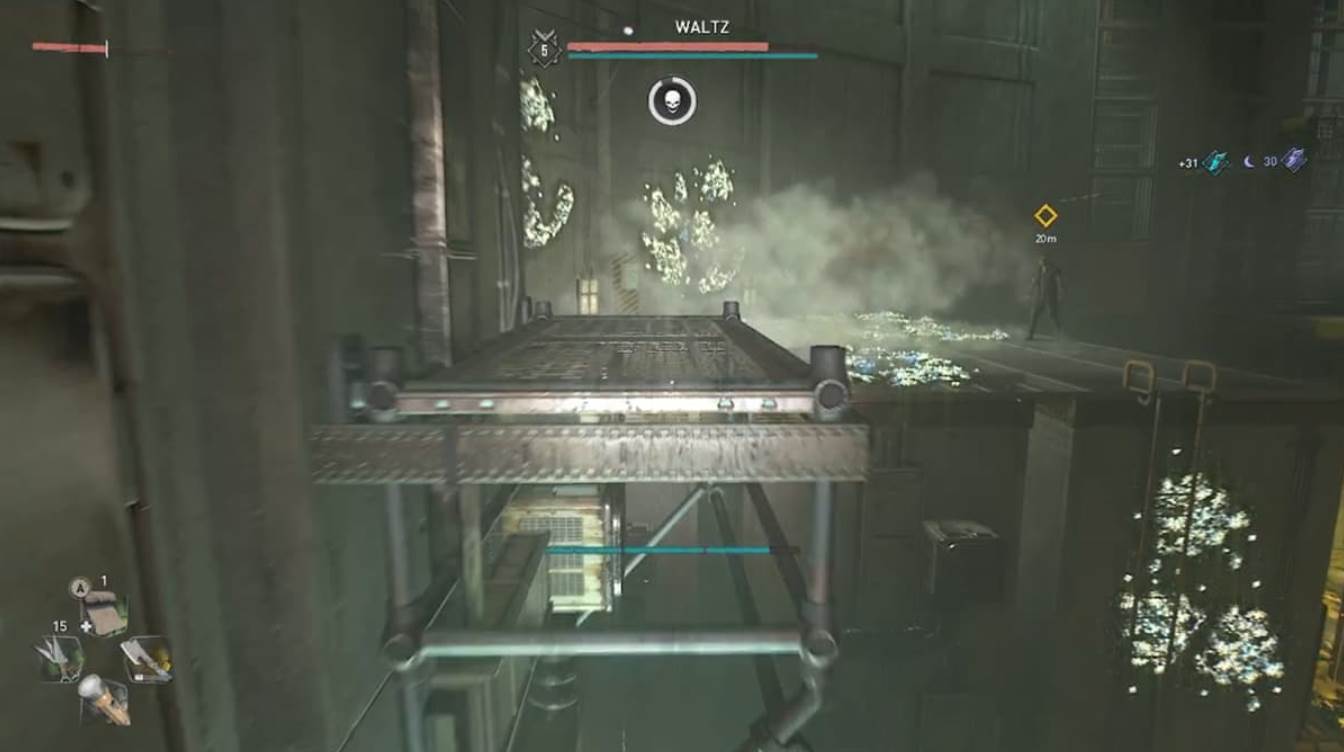 Simply keep your foot on the ground and jump as far as you can. You have one last scrap with Waltz when you reach the ground. Aiden takes very little damage in this transformed state and deals a lot of damage to him, so you should be able to easily win this fight.

You also don’t have to worry about your immunity meter anymore, so just charge him down and strike him to end the fight and move on to the game’s final decision.

Well, that’s all we have here about how you can kill Waltz in Dying Light 2 Stay Human. We hope this guide helped you.