The PC version of God of War is finally available, and it’s a fairly good port. There are numerous armors to pick from in God of War, and we’ll go over the best armor for Kratos and Atreus, as well as how to obtain it, in this God of War guide. Best Armor For Kratos in God of War

Kratos will be your primary source of damage. So you’ll need the appropriate armor to get the most out of him and his abilities. The armor sets that we recommend for Kratos are listed below. 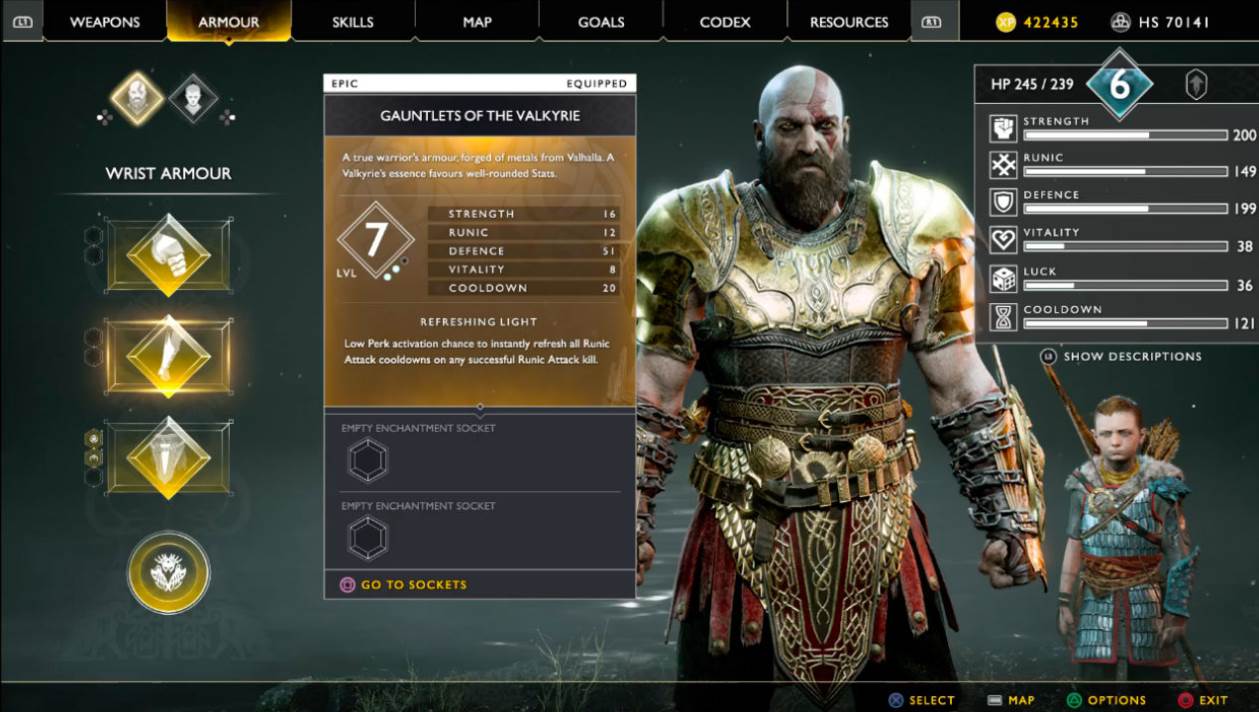 The Valkyrie set is one of the best armor set for Kratos available in the game. Strength, defence, runic abilities, vitality, and cooldown are all boosted. You can improve it by adding enchantments. The following are the different pieces you can get:

You gain access to the Warrior’s Unstoppable Aura skill when you equip Cuirass of the Valkyrie. This has a low chance of activation, but it prevents enemy attacks from interrupting your gameplay.

You gain access to the Refreshing Light skill with Gauntlets of the Valkyrie, which has a low activation chance but instantly refreshes all of your Runic Attack cooldowns when you kill an enemy with a Runic Attack.

When using Runic attacks, the Valkyrie’s waist guard allows you to use the Arcane Runic, which has a high chance of activation and grants you a Runic Blessing. 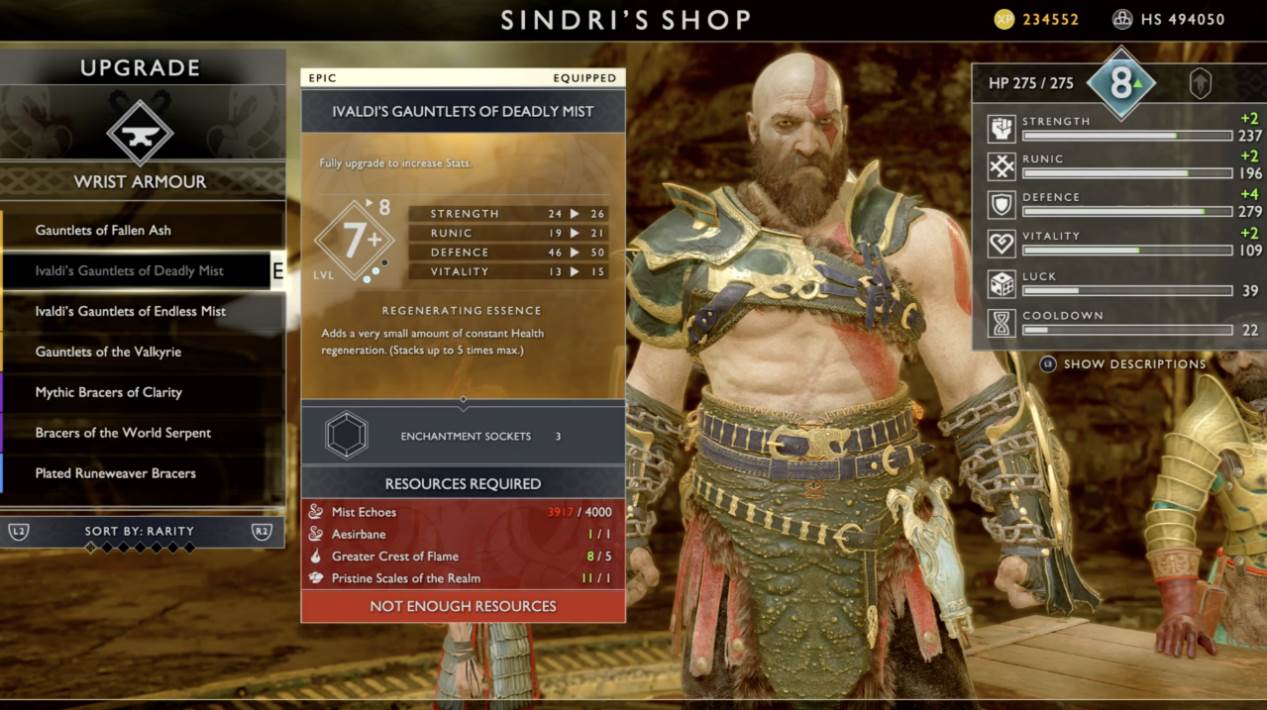 Mist Armor is also highly recommended, and it can be unlocked in Niflheim by using Mist Echoes. Sindri will do you a favor and ask you to collect 500 Mist Echoes once you have traveled to Niflheim using the World Tree.

You can trade them in for Ivaldi’s Workshop key. There are 9 pieces of Ivaldi’s Rusted Armor in the workshop. You can use them to make three complete sets.

Each piece of armour starts at level 7, making this one of God of War’s best armour sets. To improve the armour pieces, you’ll need Haze Weaves, Niflheim Alloy, and Aesirbane. These resources can be found by opening chests in Niflheim’s dungeons. 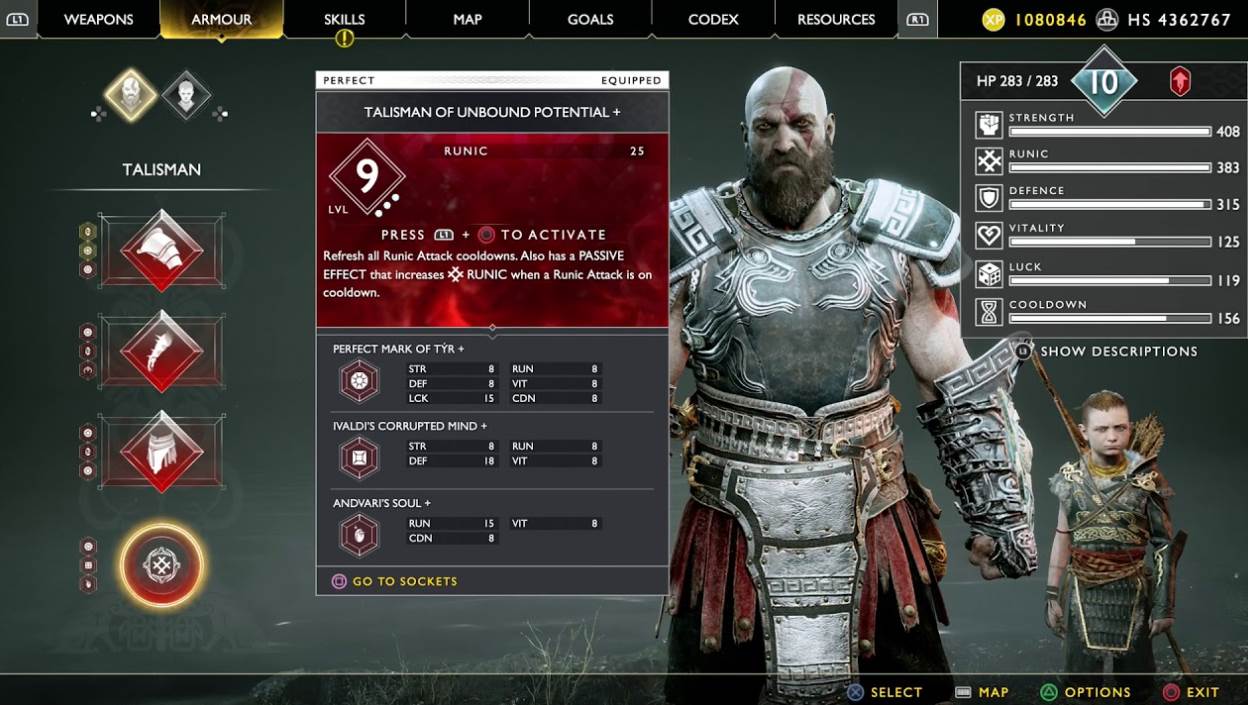 The Glass Ballista effect, which increases the attack damage you do and receive, is available with this armor set. As you add more pieces to your collection, the effects become stronger.

Best Armor For Atreus in God Of War

Atreus is an excellent supporter of Kratos, who does the majority of the heavy lifting. To get the most out of him, you’ll need to provide him with some decent armour. 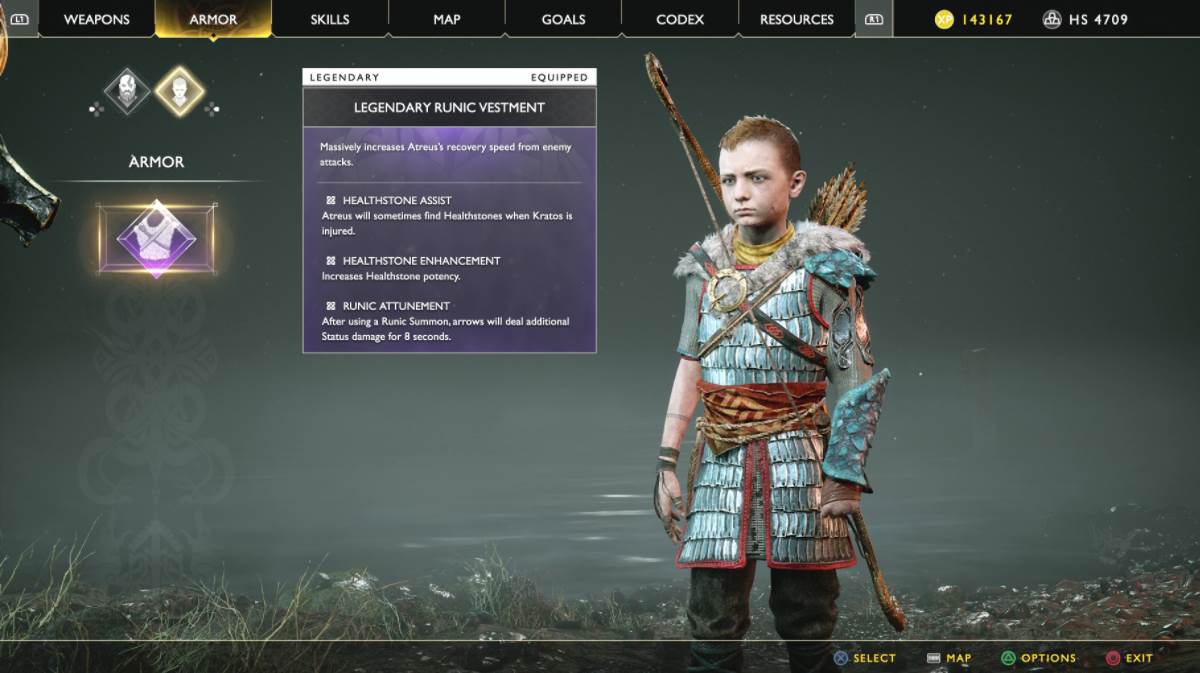 This is one of Atreus’ best armors in the game because it speeds up his recovery from enemy attacks. When Kratos is injured, it will also allow Atreus to locate Healthstones, increasing the potency of Healthstones and making his arrows deal more damage after a runic summon.

Brok or Sindri can be used to make the armor. You’ll need 60,000 Hacksilver and Hardened Svartalfheim Steel for this.

Tunic Of The Champion 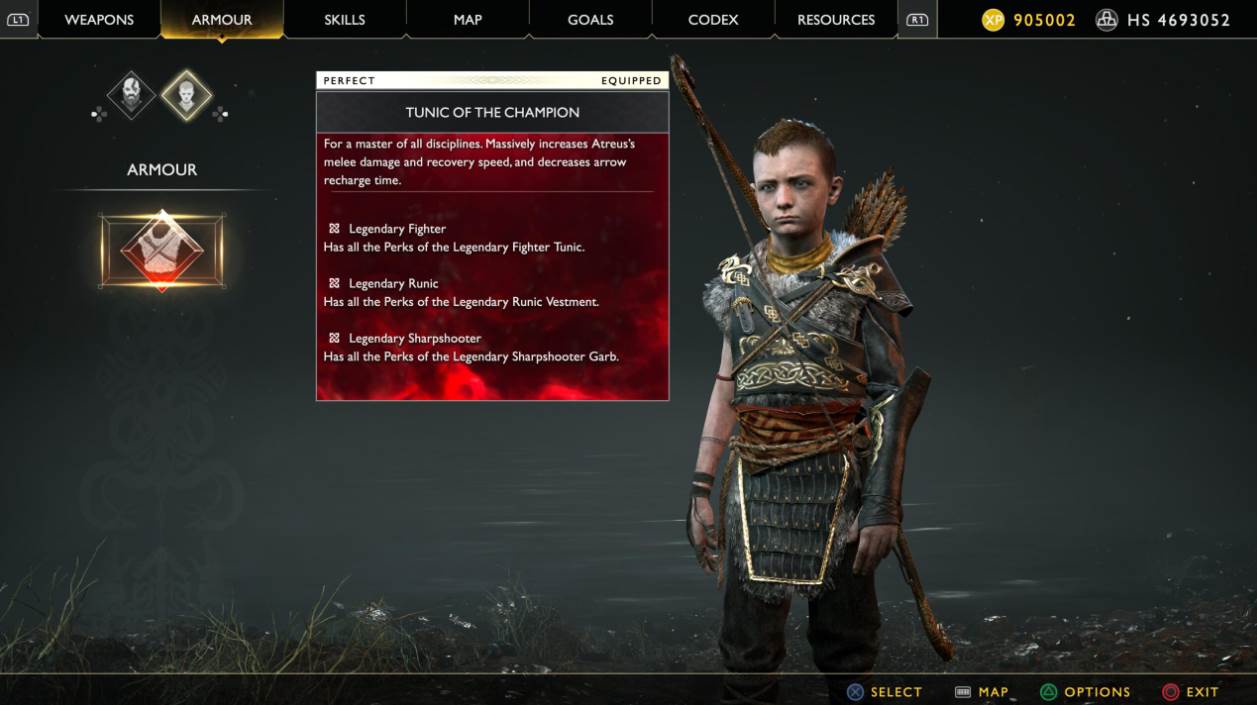 This armor is ideal for the new game plus mode because it increases melee damage and recovery speed while reducing the time it takes for arrows to recharge.

Brok or Sindri can be used to make the armor. You’ll need 136500 Hacksilver and 24 Skap Slag to complete this task. Skap Slag can be obtained in Muspelheim by opening red caskets, completing story missions, and closing realm tears and trails.

Well, that’s all we have here about the best armor for Kratos and Atreus in God Of War. We hope this guide helped you. If you want to try God of War, here’s the link. 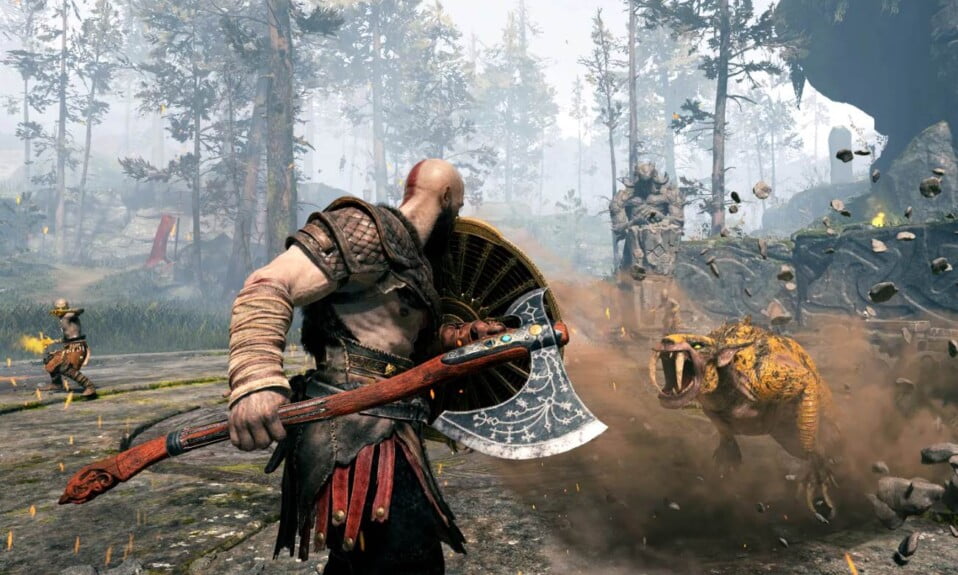 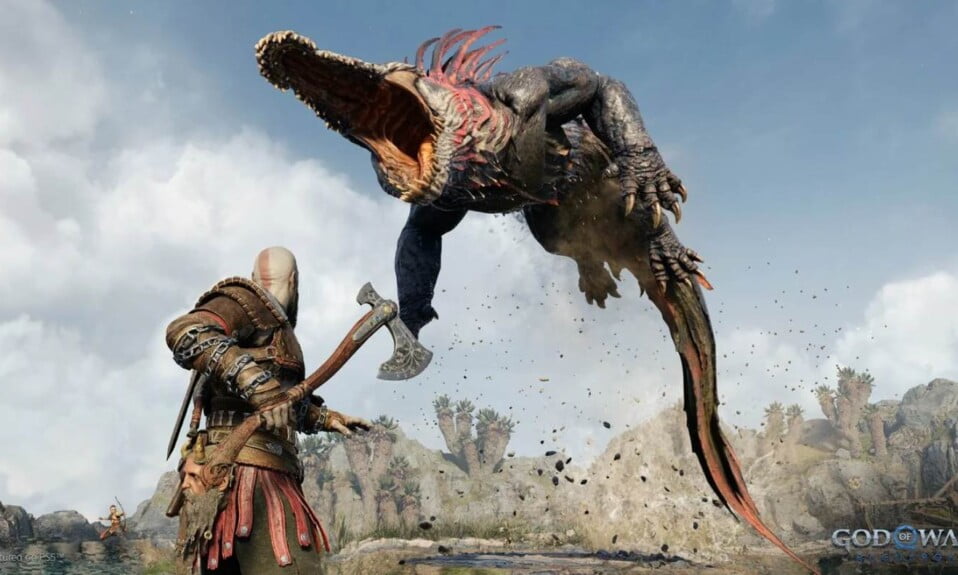 How to Fix God Of War Not Enough Memory Error

God of War Difficulty Levels Explained: How Many Are There?