To begin a Taxi Driver mission, first steal a taxi and then press up on the directional pad. CJ’s shift as a taxi driver begins here. On the mini-map, passengers are shown as blue symbols, while the destination is shown in yellow.

Players are given a time limit for each fare. If you don’t arrive at your destination before the timer runs out, your taxi ride is over.

This timer stacks, which means that as long as you keep taking fares, your overall timer will increase significantly, alleviating the time pressure that comes with doing fares in short bursts.

Because the minimap does not highlight an optimal route, this is especially useful for those with poor navigational skills.

Another advantage of taking this route is that you’ll earn bonuses after every five fares, with the bonus increasing at a fixed rate after each five fares.

As a result, we recommend waiting until you have about an hour to complete them all in one sitting. 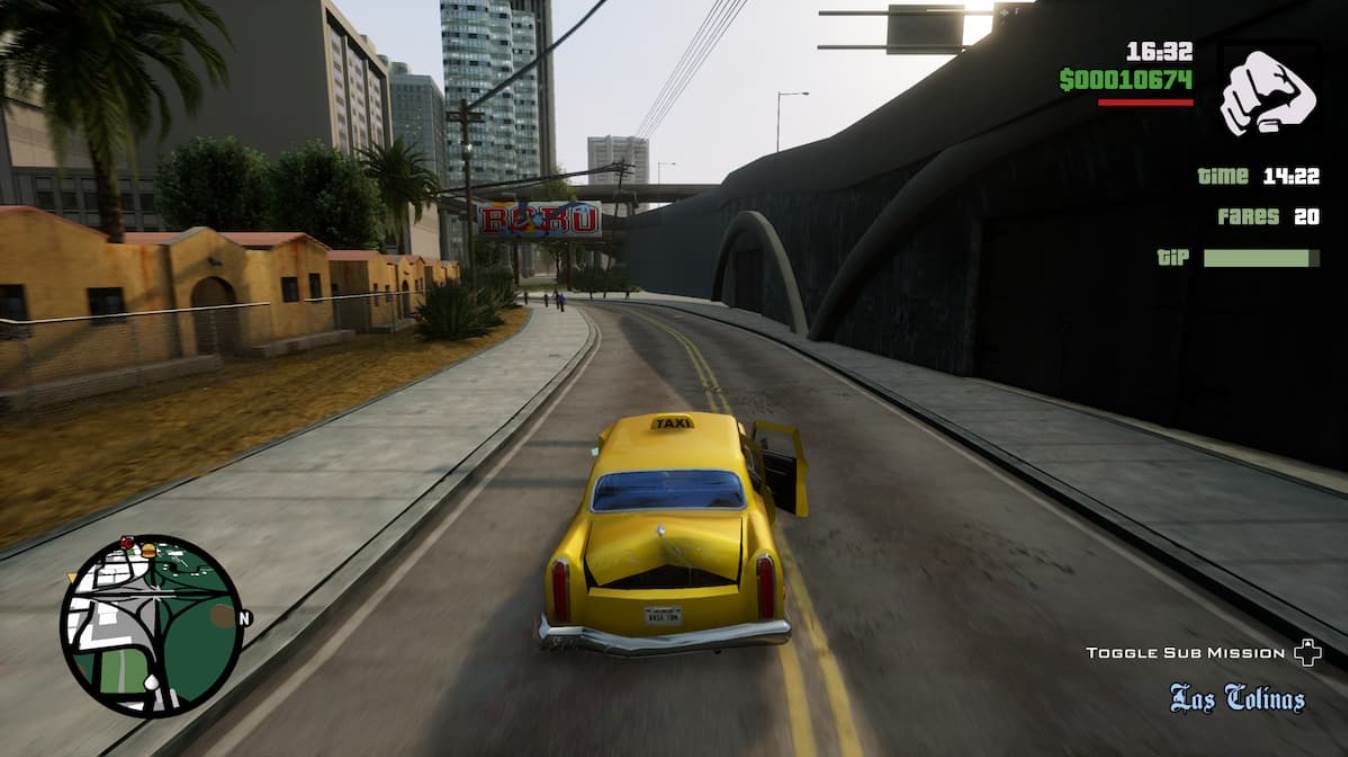 The mini game selects an NPC as a passenger at random and then chooses from a list of predefined destinations.

Don’t worry about the side mission’s randomness; the amount of time allotted for the fare is proportional to the distance traveled. Even if it’s easier to do everything in one sitting, shorter bursts give you more time.

The most important thing to keep track of is the tip system. While the bonuses will net you more money in the long run, you can still end up with a couple thousand dollars in extra tips.

You are paid a flat rate per fare based on the distance traveled, but tips are more profitable. The tip meter depletes over time, becoming even more depleted as you take damage. You want to manage speed while taking as little damage as possible to get the best possible tip.

In most cases, the next fare appears almost instantly. Other times, you’ll be instructed to drive around until a fare appears.

It makes no difference where you go because these fares are random. Simply keep driving, and the game will generate a new fare in less than 30 seconds.

Well, that’s all we have here about completing the Taxi Driver Missions in GTA San Andreas Definitive Edition. We hope this guide helped you.