In an ideal world, your PC would last as long as you need it, with the only reason to upgrade being the increased performance. Life, unfortunately, isn’t always fair. PC components wear out. Because replacement parts can be costly, it makes sense to get the most out of each one you have. With that being said, here’s our complete guide to explain how long do PC parts and components last along with ways to extend their lifespan, 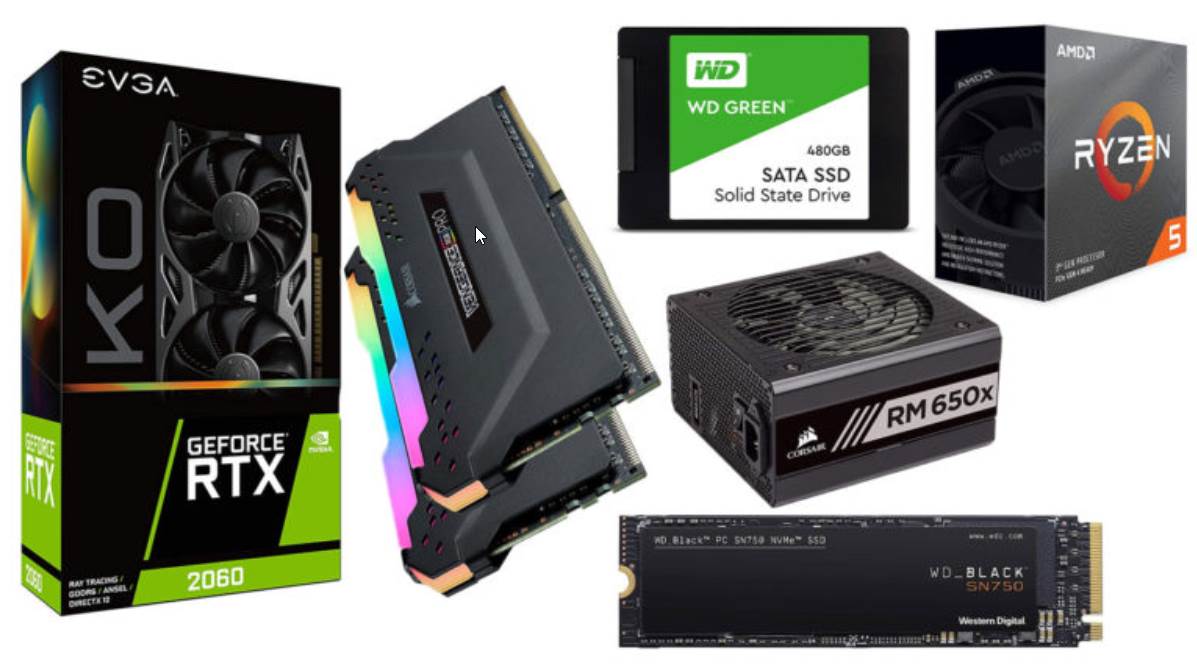 How Long Do PC Parts and Components Last?

The most important thing you can do is keep your PC components in good working order. Good maintenance habits are the foundation and culmination of a long-lasting PC, especially when you build it yourself. To get started, look over these suggestions for extending the life of your PC components.

You should upgrade your motherboard for a variety of reasons. However, let’s hope you do so voluntarily rather than as a result of a malfunctioning motherboard. As you might expect, motherboard reliability improves with each generation.

Why Do Motherboards Die So Fast?

Despite the lack of moving parts, motherboards are extremely complex and delicate in design. Small malfunctions can have catastrophic consequences as the focal point for everything else on your system.

Motherboard lifespan is also difficult to predict because it is nearly impossible to account for individual user habits and local environments. Despite the fact that “motherboards seem to be getting more and more complex,” a 2018 Puget Systems study found that the overall failure rate was only “2.1 percent or about 1 out of every 49 motherboards.” This figure is “roughly half of what we saw in 2017.”

Similar findings were found in a 2016 HardWare.fr report, with ASRock motherboards accounting for 1.45% and MSI for 2.36 percent.

The most common cause of motherboard failure is that the capacitors deteriorate and become exhausted over time.

The capacitors can also leak, posing a risk of damage to other hardware components. You can replace a capacitor, but it’s a non-trivial DIY project that you might be hesitant to take on.

Heat, static, and moisture are some of the other causes of motherboard failure.

How Long Does a Motherboard Last?

The hardware available to that motherboard will become obsolete, and you may need to upgrade to the most recent hardware, but the motherboard itself should continue to function normally.

Excess moisture or extremely dry air can cause static build-up on your computer, so keep it away from them. Furthermore, too much heat can cause a motherboard to warp, resulting in shorts and broken components.

However, the best way to avoid motherboard failures is to never touch the motherboard. Of course, that’s a stretch—you have to touch it to install or replace parts, after all. However, keep the motherboard inside the PC case as much as possible.

If you’re going to touch the motherboard, make sure you ground yourself first so you don’t accidentally shock and fry it. 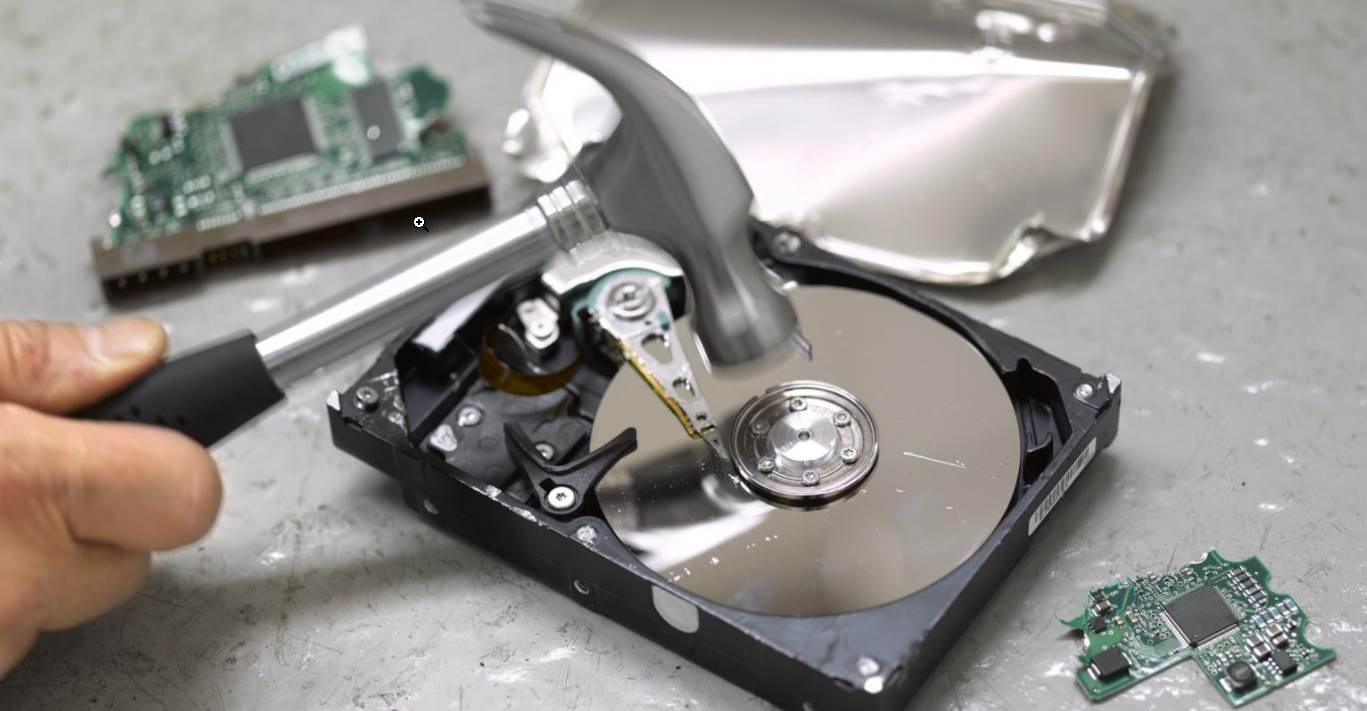 There are two types of data drives: hard disc drives (HDDs) and solid-state drives (SSDs) (SSDs). Because the operating system is stored on it, a computer cannot function without one. It is therefore essential to your system. If it dies, you’ll need to replace it as soon as possible.

Why Do HDDs and SSDs Die So Fast?

Hard disc drives and solid-state drives (SSDs) are both prone to failure, but for different reasons.

HDDs are mechanical devices with moving parts that will wear out over time. A power surge could scratch the platter, causing the head to stop reading, or cause the parts to become “paralyzed.”

SSDs have no moving parts because they are made of flash memory chips. They do, however, have unreliable long-term data retention, are more susceptible to extreme temperatures, and data corruption can occur due to power outages.

How Long Does an SSD or HDD Last?

Depending on usage, most SSDs should last at least ten years, if not longer. The 10-year prospective lifespan is usually found to be a good range to work on in SSD lifespan studies.

Due to their moving parts, HDDs are a little more finicky and have a shorter potential lifespan, usually lasting up to five years.

Some drives will last longer with minimal use, but those that are subjected to high stress and frequent use will fail sooner.

It’s always a good idea to invest in a good surge protector, no matter what kind of data drive you have. Electrical surges can harm a wide range of devices, not just PC components.

When at all possible, stay away from extreme temperatures. For safe operating temperatures, consult your data drive’s manual. This entails cleaning the dust from your computer to allow for proper air circulation and avoid overheating!

Aside from that, it’s primarily about purchasing a good model from a reputable manufacturer. 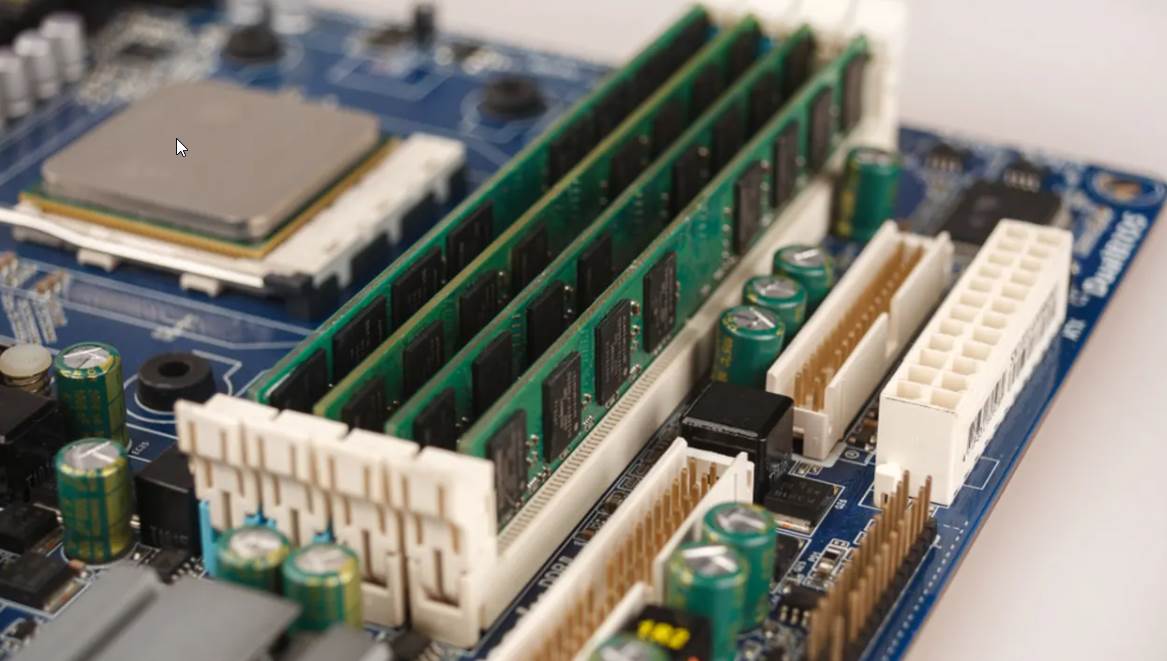 You should prioritize upgrading your PC’s RAM if you want a better user experience and faster PC performance. Is there a specific amount you require?

The answer to this question is that it depends. The current standard is 8GB, but many gamers and enthusiasts are moving towards 16GB and 32GB configurations.

RAM has the lowest relative failure rate of all computer hardware components. However, the lifespan of the RAM module can differ based on the model and brand of RAM you purchase. It’s possible to have a dead RAM module.

Why Does RAM Die So Fast?

These numbers are incredibly low when compared to the world’s staggering use of RAM. Temperature and power surges, on the other hand, can quickly destroy a functioning RAM module.

The typical operating temperature range for RAM modules is between 0 degrees Celsius and 85 degrees Celsius. If you exceed those limits, you run the risk of damaging your RAM.

The process will take time, and claiming otherwise would be misleading. However, exposing your RAM to “extreme” temperatures for an extended period of time reduces its lifespan.

How Long Does RAM Last?

RAM on a typical PC or laptop will last for at least ten years, if not twenty years. A computer’s random access memory (RAM) typically outlasts all other hardware in the system.

The most important tip is to purchase a high-quality module from a reputable supplier. Some well-known manufacturers include Kingston, Crucial, G.Skill, and Corsair, but others may be just as good or better. Before making a purchase, be sure to check out customer reviews. 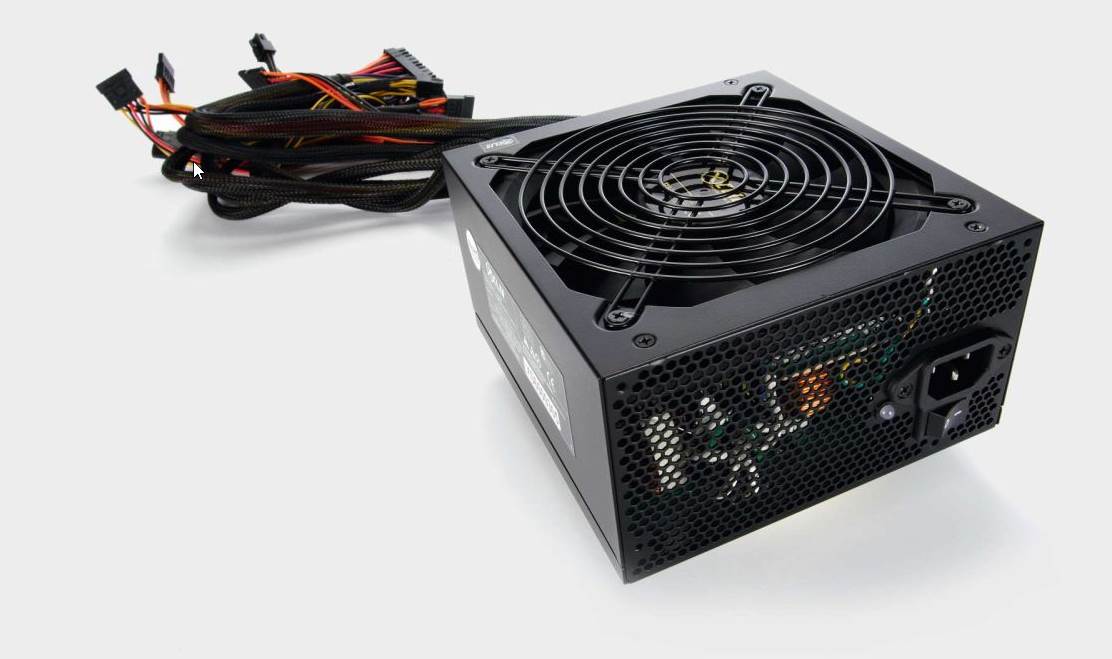 Why Do PSUs Die So Quickly?

Even though it’s a common misconception, power supplies have a similar lifespan to RAM modules when used in ideal conditions.

When it comes to power supplies, the HardWare.fr reports that failure rates range from 0.49 percent for the best-performing unit (Fortron) to 2.41 percent for the worst (Cougar).

PSU failure rates are confirmed once more by Puget Systems, which states that the “total failure rate is 1.15 percent.”

How Long Does a PSU Last?

A PSU should last for at least five years with normal use, and if you’re lucky, up to ten years. Overstressing a power supply occurs when it is subjected to high loads for an extended period of time.

Always begin with a high-end model from a well-known manufacturer. There are a lot of generic models out there that are overrated and have a low-stress tolerance. Poor construction can hasten aging and even cause death.

Another thing to keep in mind is that not all brands make their own power supplies. Some PSUs, on the other hand, are purchased from original equipment manufacturers (OEMs).

As a result of this manufacturing process, even within the same brand, PSU models can have vastly different quality levels.

The only way to increase the lifespan of your PSU is to reduce your exposure to stressful situations.

Cryptocurrency mining, for instance, is a time-consuming and taxing process. Increasing the frequency of your CPU or GPU overclocking can put additional strain on your power supply, but this can be mitigated by using hardware with the appropriate rating. 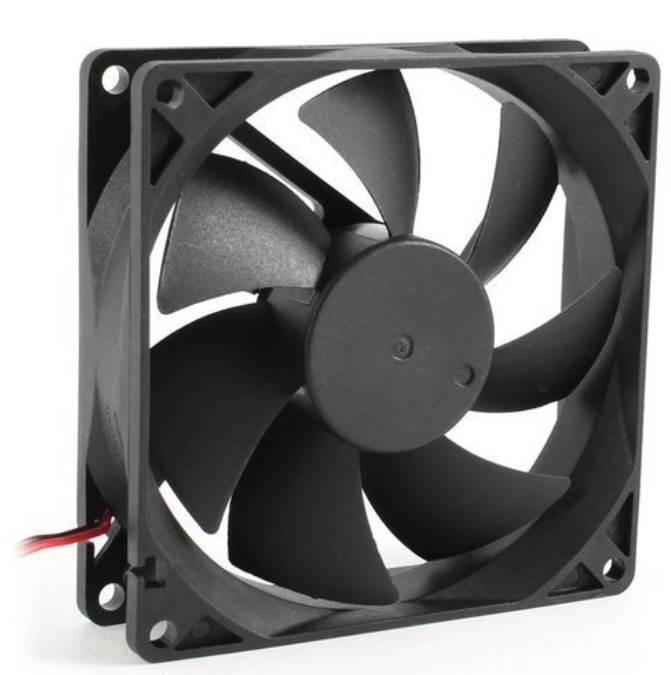 It’s likely that you haven’t given much thought to your PC’s fans. As and when you require them to spin up, they do. Occasionally, when something stops working, we aren’t even aware of it. Replaceable case cooling fans are a bargain in most cases.

It’s a different storey when you factor in CPU and GPU cooling fans, which are typically more expensive than the case cooling alternatives.

Why Do Cooling Fans Die So Quickly?

This is a piece of cake. Cooling fans, like hard disc drives, are mechanical devices with moving parts that can break down over time. As the fans continue to spin incessantly, they become more prone to failure.

However, the accumulation of dust and particles on the fan blades and within the rotating mechanism hastens this process. Dust can become caked on and even turn into gunk when exposed to heat and moisture, increasing friction and stress.

How Long Do Cooling Fans Last?

If purchased properly, a high-quality PC cooling fan should last for at least five years.

Cleaning is the first cooling fan maintenance tip to remember. This means cleaning the fan blades and the PC case of any dust that has accumulated as a result of the issue.

As an additional factor to consider, think about where you plan on placing the computer in your house. A thick carpet, for example, can trap heat and cause your fans to work harder to keep your PC cool. This increases the risk of damage.

In other words, how frequently should you clean your cooling fans? Do a thorough cleaning of everything in your case if you haven’t already.

One month later, check to see how much dust and buildup your cooling fan blades have accumulated. From there, you can estimate how often you should clean your PC.

There’s no denying that some PC components age faster than others. Using the advice in this article, you can keep your computer running smoothly for longer.

Keeping your PC hardware cool, clean, and free of dust will extend the life of your PC. As a bonus, maintaining your hardware lowers your overall expenses because you won’t have to replace any bits that break.

We hope you find this guide helpful. If you have any doubts or queries, comment below using your name and email ID. If you liked this, make sure to check out tips to increase your internet speed and how you can overclock your PC. 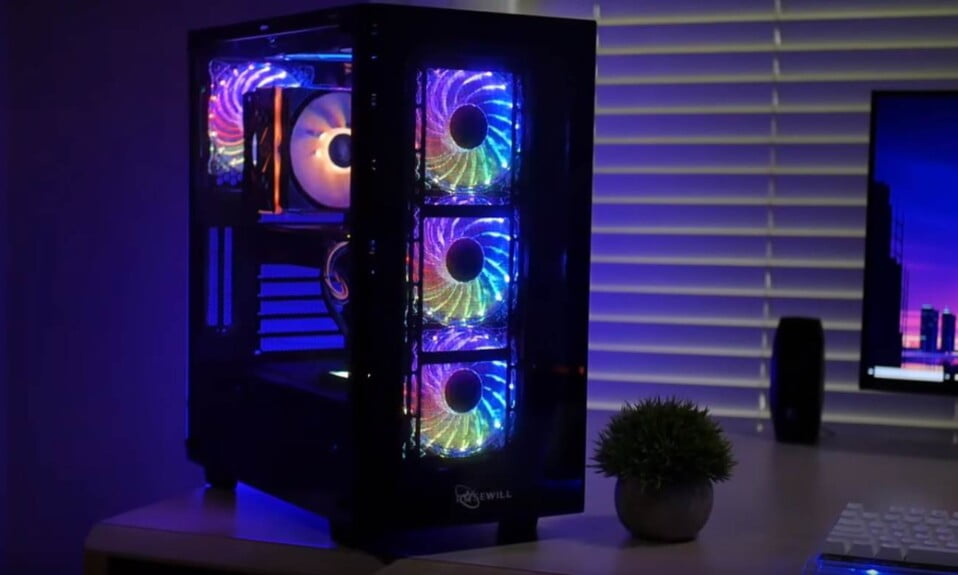 Which Upgrades Will Improve Your PC Performance the Most? 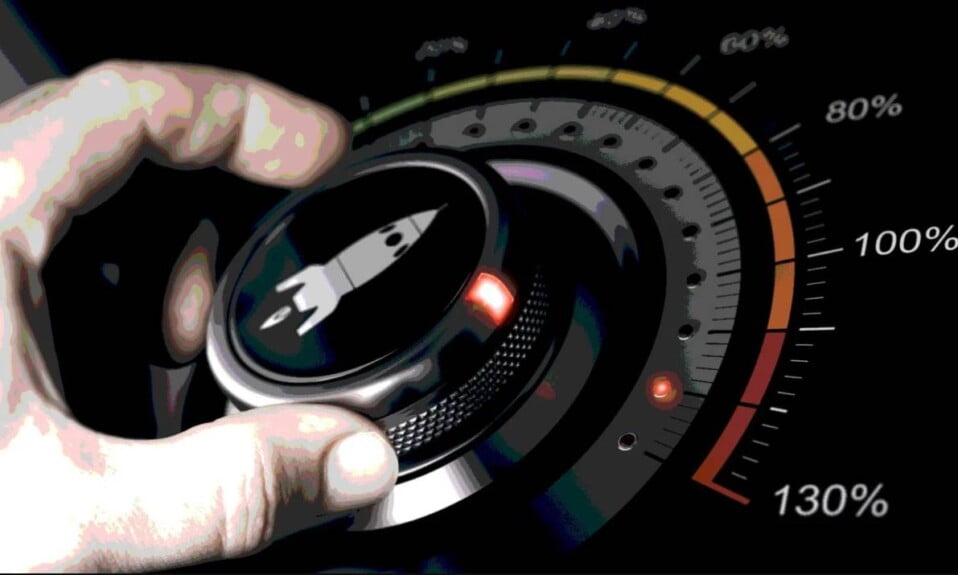 How to Overclock Your Graphics Card 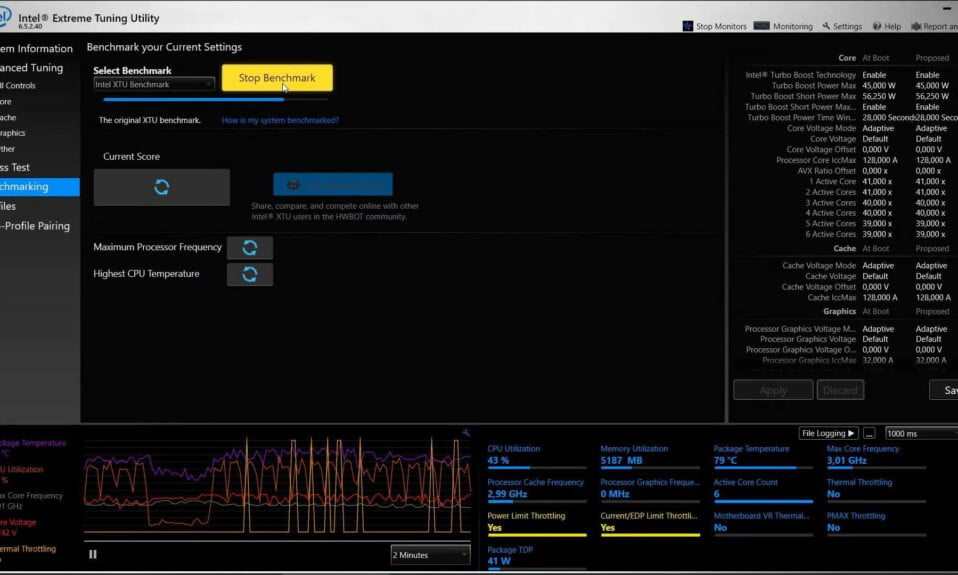 How to Use Intel XTU to Undervolt Your Laptop