Eula, Genshin Impact’s Spindrift Knight, is celebrating her first birthday as a playable character, and it’s a special time of year for her.

On her birthday, Eula, like other Genshin Impact characters, sends a message to the Traveler. Players can find a unique letter along with some rewards when they open their in-game mailbox. 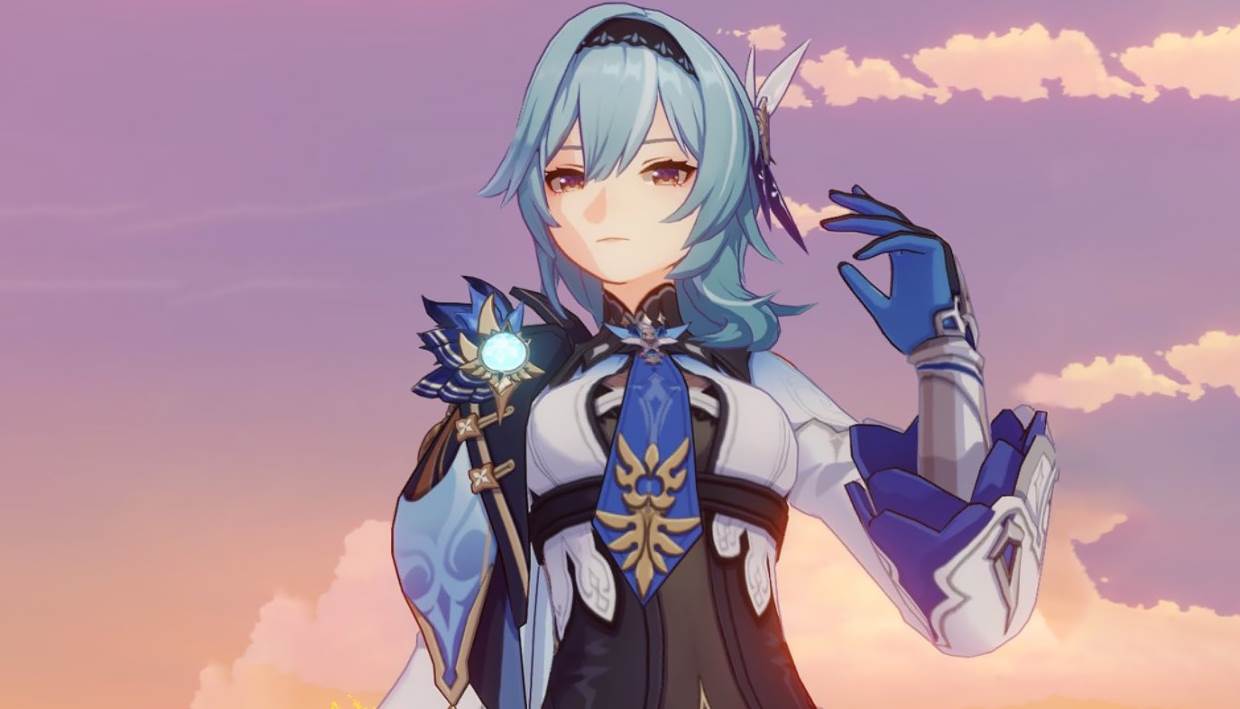 What Happens on Eula’s Birthday?

In-game, Eula will send you a birthday letter with a touching message and some in-game rewards. You’ll receive 1 Stormcrest Pie and 1 Resistance Guide. 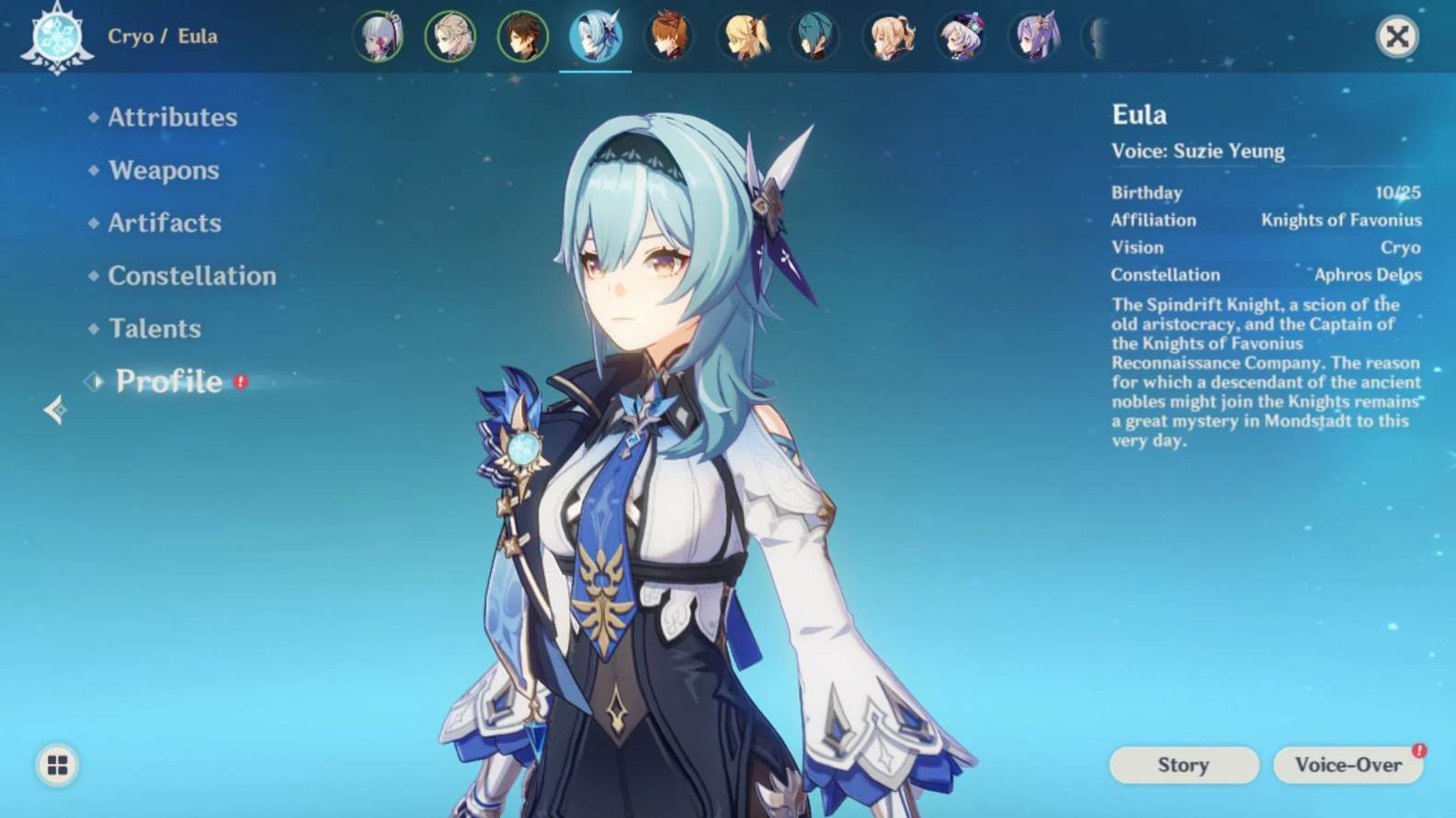 The Stormcrest Pie is a food item that for 300 seconds increases your team’s Shield Strength by 40% and DEF by 282. Eula uses the Guide to Resistance to help her level up her skills

When is Eula’s birthday in Genshin Impact?

Eula’s birthday is October 25 in Genshin Impact. On this date, the most vengeful Knight of Favonius reaches out to the protagonist of Genshin Impact.

What is in the Birthday Mail?

The Lawrence Clan’s traditional birthdays are depicted in Eula’s birthday message. Eula’s family is notoriously strict when it comes to etiquette, so it’s no surprise that birthdays are no exception.

Eula, on the other hand, is no longer bound by her family’s old customs. Despite their status differences, Eula claims to have only invited the Traveler to her birthday celebrations so far.

She suggests that she celebrate her birthday by going skiing in Dragonspine. Eula also advises the Traveler to bring warm clothing to avoid attracting her wrath.

Genshin Impact players can refer to the image below for the full message from Eula’s birthday: 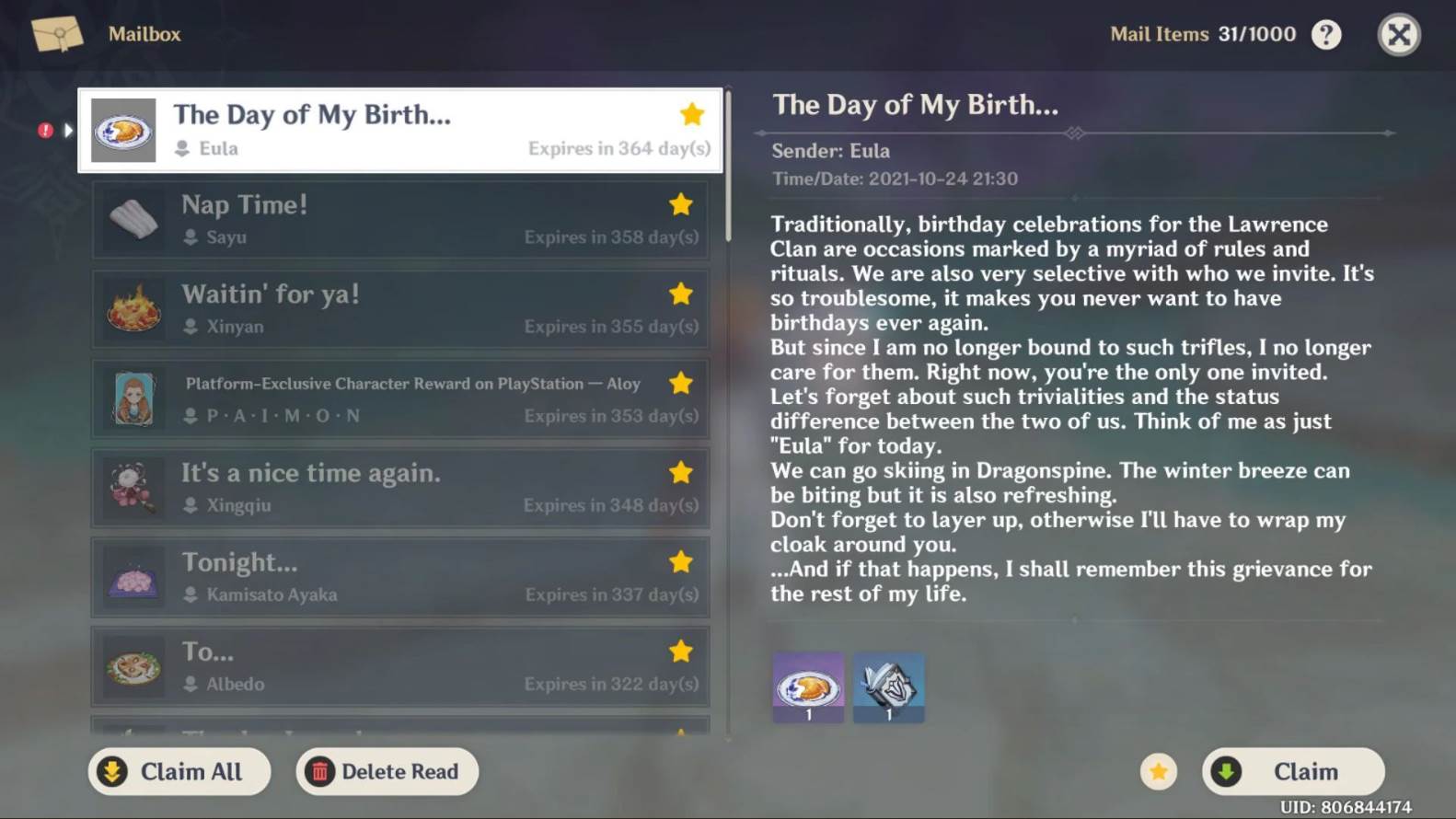 Traditionally, birthday celebrations for the Lawrence Clan are occasions marked by a myriad of rules and rituals. We are also very selective with who we invite. It’s so troublesome, it makes you never want to have birthdays ever again.

But since I am no longer bound to such trifles, I no longer care for them. Right now, you’re the only one invited. Let’s forget about such trivialities and the status difference between the two of us. Think of me as just “Eula” for today.

We can go skiing in Dragonspine. The winter breeze can be biting but it is also refreshing.

Don’t forget to layer up, otherwise, I’ll have to wrap my cloak around you.

…And if that happens, I shall remember this grievance for the rest of my life.

On her birthday, Eula gives Genshin Impact’s main character a few gifts in addition to the special letter. A meal, as well as a talent book paired with the message, are waiting to be claimed by players.

Eula gives the players a copy of Stormcrest Pie, her specialty dish. This dish increases shield strength by 40% and defense by 282 for five minutes after use. 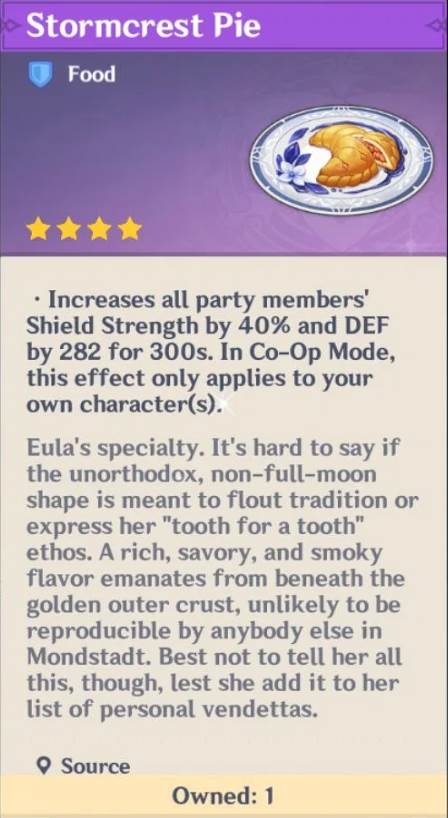 This dish can also be prepared by Genshin Impact players who have Eula on their roster in their spare time. If Eula tries to make a Moon Pie dish, she might end up making a Stormcrest Pie instead.

Guide to Resistance is a talent Level-Up material. Resistance is the backbone of the city of Wind. The history of Mondstadt is one of resistances. 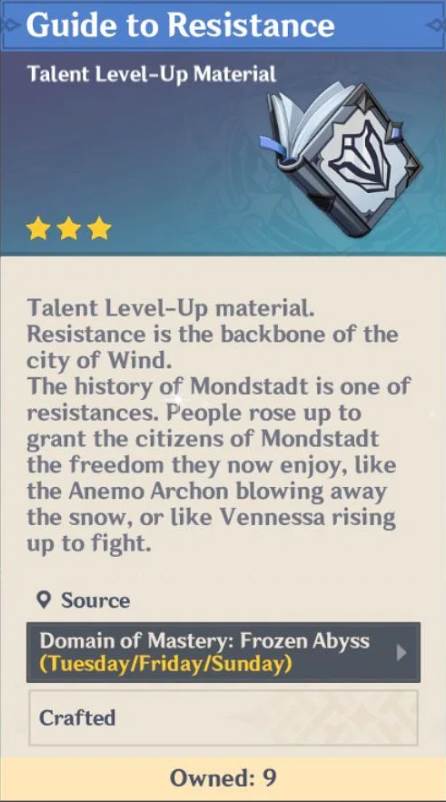 People rose up to grant the citizens of Mondstadt the freedom they now enjoy, like the Anemo Archon blowing away the snow, or like Vennessa rising up to fight.

We hope this guide helped you. If you liked this, don’t forget to check out our gaming, troubleshooting, and computing guides.