Version 2.4 “Fleeting Colors in Flight” of Genshin Impact is only a few days away, and players are already anticipating one of Genshin’s best updates. With that said, one of the most exciting additions to the game is the arrival of “Orchid’s Evening Gown,” a new skin for fan-favorite Geo 4-star Ningguang.

But how are you going to get it? We’ll show you how to get Ningguang’s new skin (outfit) “Orchid’s Evening Gown” on Genshin Impact version 2.4 so you can demonstrate the true power of the Liyue Qixing’s Tianquan, now in her formal wear, to all who oppose you. 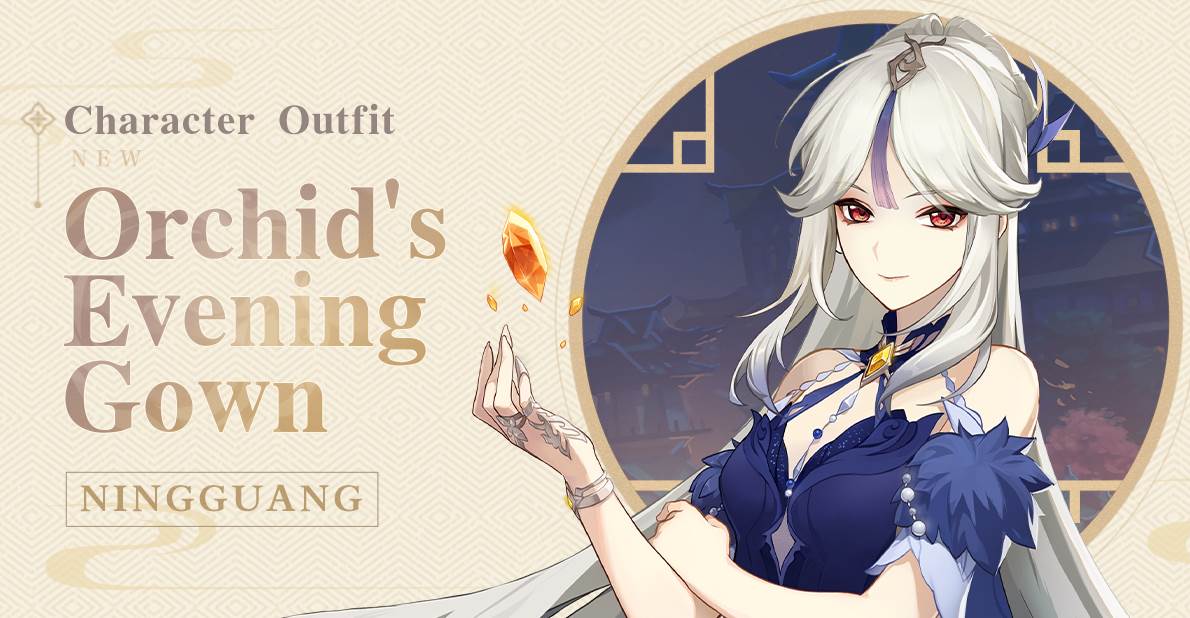 Content Overview ▼
1. How to Get the New Ningguang Skin in Genshin Impact 2.4?
1.1. Related

How to Get the New Ningguang Skin in Genshin Impact 2.4?

Players will be able to obtain Ningugang’s new skin “Orchid’s Evening Gown” by participating in the exclusive event “Fleeting Colors in Flight,” according to miHoYo in an official post on HoYoLab.

Ningguang’s Orchid’s Evening Gown skin will be available as a free reward, unlike Keqing’s skin, which will be sold in the Character Outfit shop.

The event will begin shortly after the release of version 2.4. After the event, players can purchase the new skin for 1,680 Genesis Crystals in the game’s Character Outfit Shop. The outfit will be available in the shop permanently.

Ningguang’s new skill will be the game’s fourth, following the introduction of both Barbara and Jean’s skills in version 1.6, “Midsummer Island Adventure.”

In addition to a new skin for Keqing, version 2.4 of Genshin Impact will see the in-game debuts of 5-star Cryo Polearm user Shenhe and 5-star Geo Polearm user Yun Jin.

Ningguang’s new outfit “Orchid’s Evening Gown” will be available soon after the Version 2.4 update. Get it for free during the limited-time event “Fleeting Colors in Flight”! Let’s check it out~

Users will be able to exchange Ningguang’s Orchid’s Evening Gown skin for the currencies obtained from the Lantern Rite rerun event, it is safe to assume.

However, the cost of the skin (in Lantern Rite event currency) has yet to be revealed. In addition, to be eligible for the free reward, gamers must complete the ‘The Stars Inscribe the Year’s Wishes’ quest.

Well, that’s all we have here about how players can get the New Ningguang Skin in Genshin Impact 2.4. We hope this guide helped you.