Crumbling Farum Azula is the final quest in Elden Ring. From the Mountaintops of Giants quest, there will be no turning back once you’ve defeated the fire giant in the Forge of Giants. As Melina sacrifices herself as kindling to burn the Great Erdtree, the city of Leyndell is transformed into the City of Ash, and the path to the conclusion is opened up. To the southeast of the Mountains of the Giants, you will find Crumbling Farum Azula, an island in ruins.

How to Complete Crumbling Farum Azula in Elden Ring?

Crumbling Farum Azula is what we’ll be taking you through here. It is accessible after completing the Mountaintops of the Giants region. Get to the central coliseum in this area and deal with whatever lurks therein as your primary goal. As always, we’ll be providing you with the quickest and most efficient way to accomplish your goals. 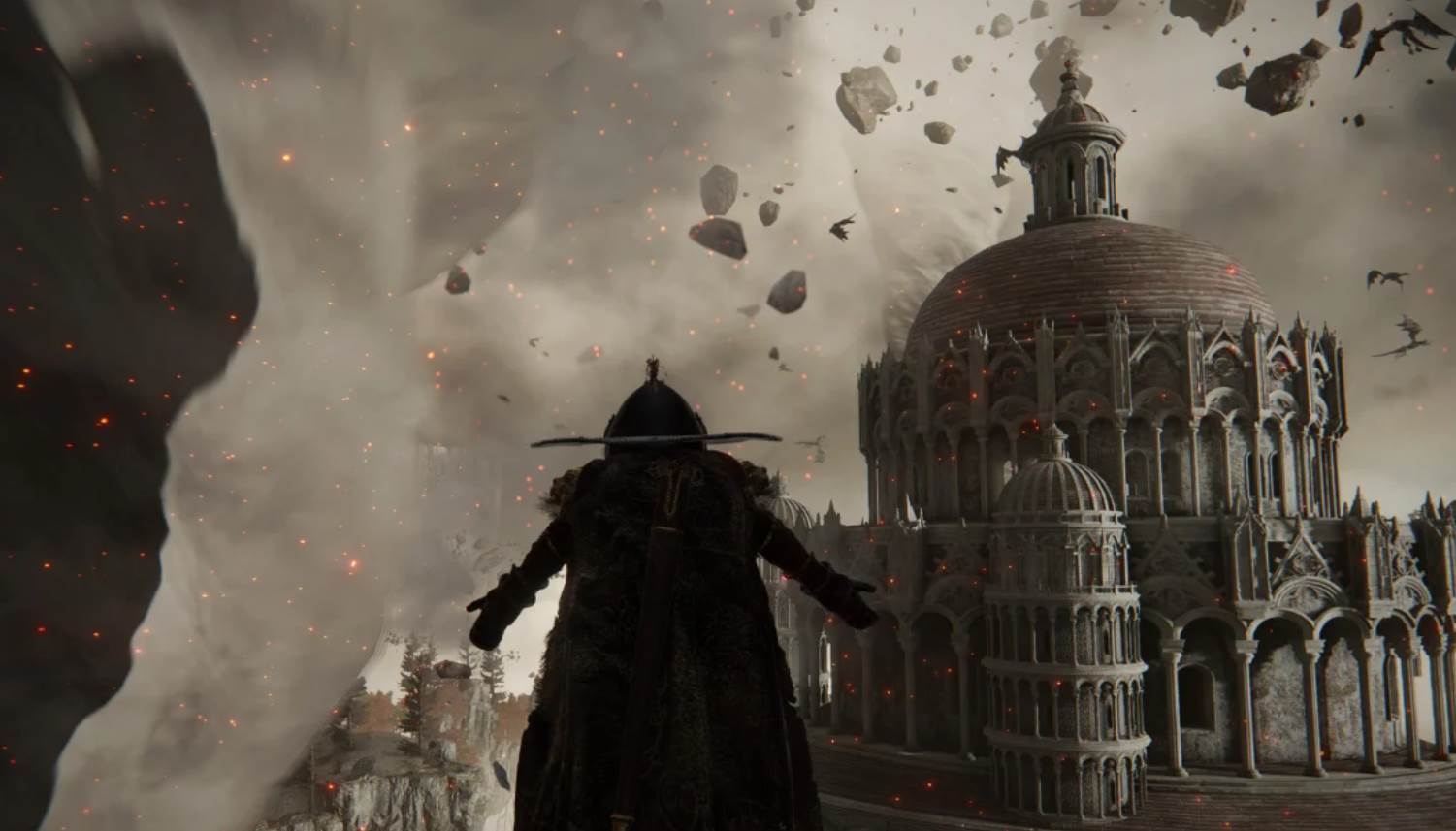 You’ll be taken to Crumbling Farum Azula automatically after the scene in the Mountaintops of the Giants in which your character and Melina are involved.

This is a high-altitude location surrounded by whirlwinds. Look to your right after following the ledge all the way to the end. Afterwards, you’ll be able to make your way to the balcony below. You’re about to get your first look at the area.

Beastmen of Farum Azula can be found along the way down to the left, in a temple corridor. In Limgrave, you only had to deal with one of them, but now there’s an army of them.

And they’re happy to form a mob against you. To make this a more manageable fight, try to draw their attention to one at a time, rather than fighting them all at once. 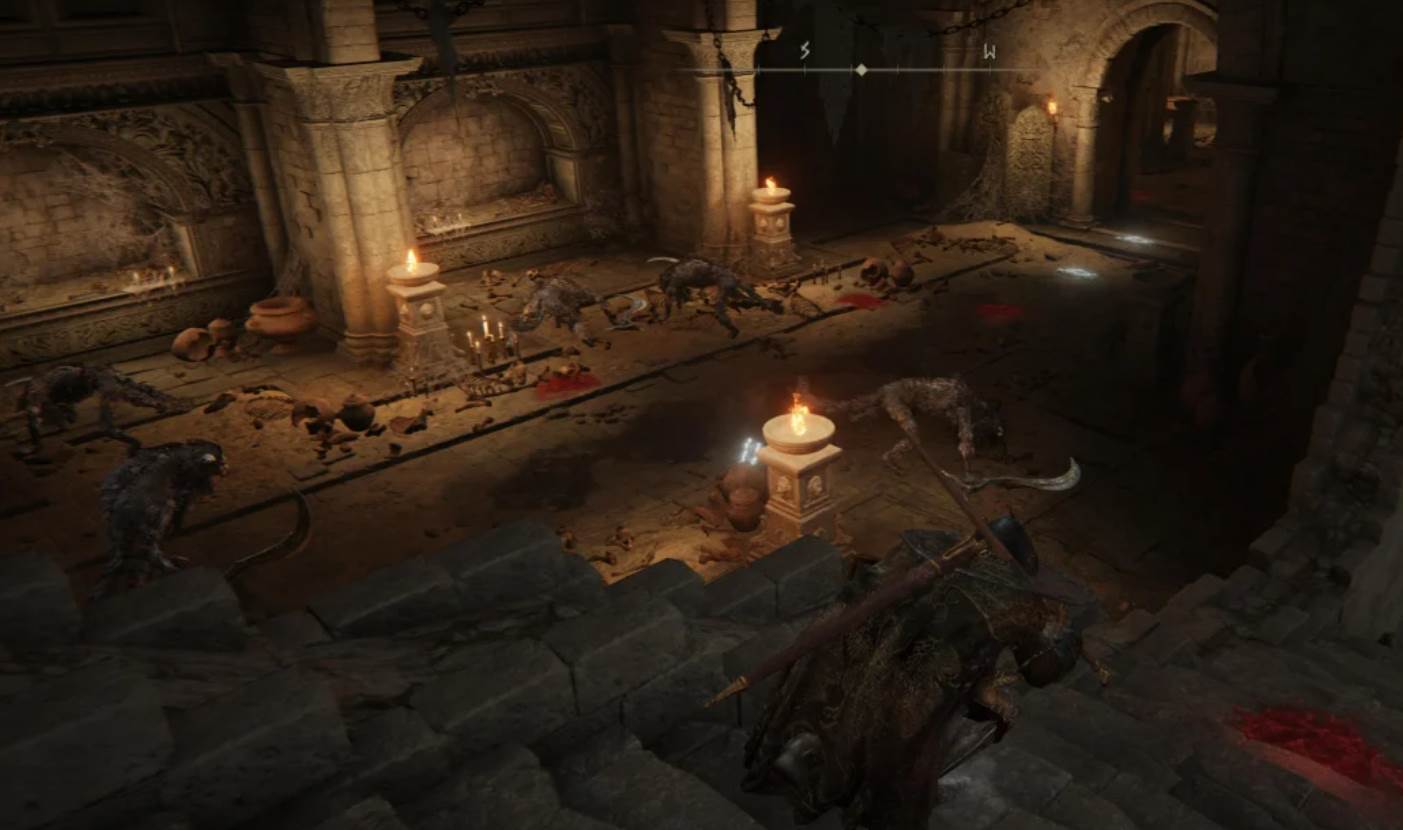 The Site of Grace will be on your left as you exit the corridor once you’ve finished. The location is clearly marked by the presence of two blazing torches on the wall. Push onward with this milestone in your sights.

In the distance, you’ll see a dragon lurking in the shadows. You have a choice: either fight it or move on. Two open doorways await you at the end of the path, which leads to another Site of Grace. Here, you can take a nap.

A room full of graves awaits you, as well as two more Beastmen, one of whom is patrolling and the other resting. You have the option of killing them or skulking away. The main hall, where there are even more Beastmen, can be reached by descending the stairwell. 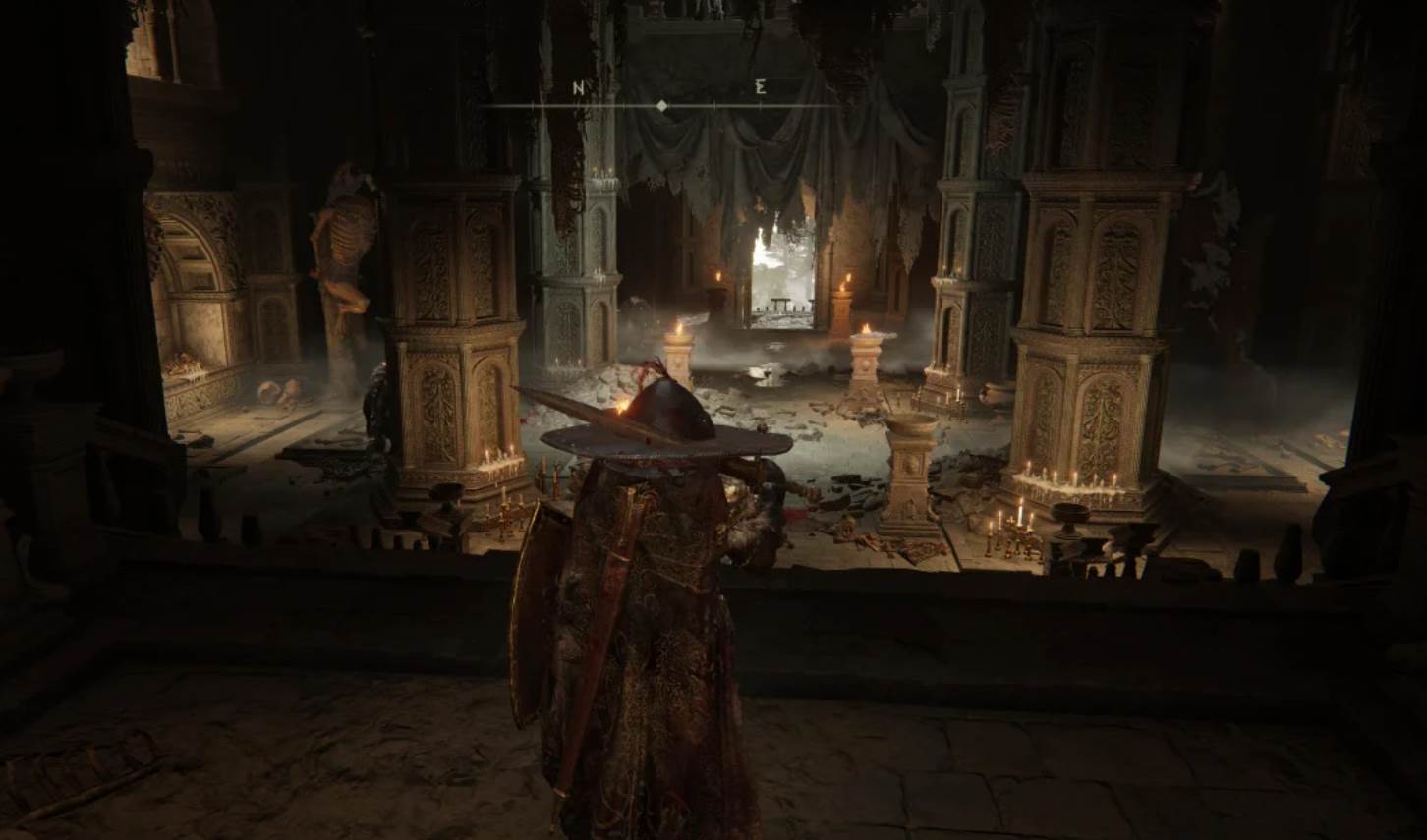 In order to get to the next Site of Grace, you must first eliminate all Beastmen. You can see where you need to go if you look out over the edge of the Site of Grace. A dragon and some light platforming are involved.

Ascend to the bottom green platform, where skeletons brandishing spears await. You can speed things up by killing them all. Remember that after you kill them, you must re-attack them to keep them down. 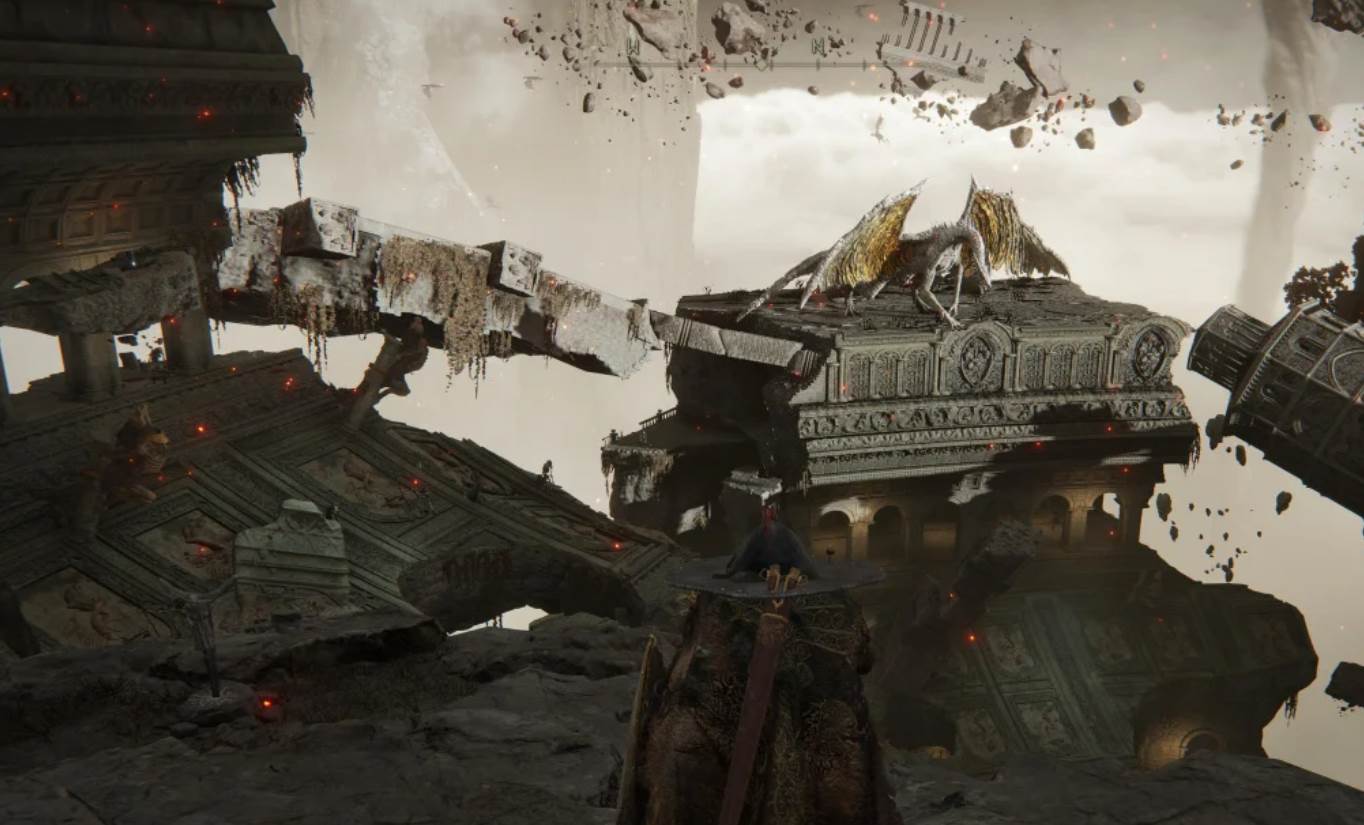 The rubble below the dragon’s perch can be used as a guide as you head toward it. It has a fire breath, but you can easily avoid it. You’ll have to jump across more rubble to get to the next Site of Grace at the other end of this level.

If you go inside, you’ll run into some tough soldiers who have brought their own Ashes of War with them. Because you want to keep as much of your health as possible for the upcoming battle, be careful around these.

Go down the first flight of stairs after killing the first guard and turn right to go down another flight. The Godskin Duo, which awaits through the next door, is an extremely challenging boss encounter.

Take a breather after defeating the Godskin Duo and head to the new Site of Grace. When you look up, you’ll see a dragon’s head pointing in your direction. You can now see the entire route ahead of you. 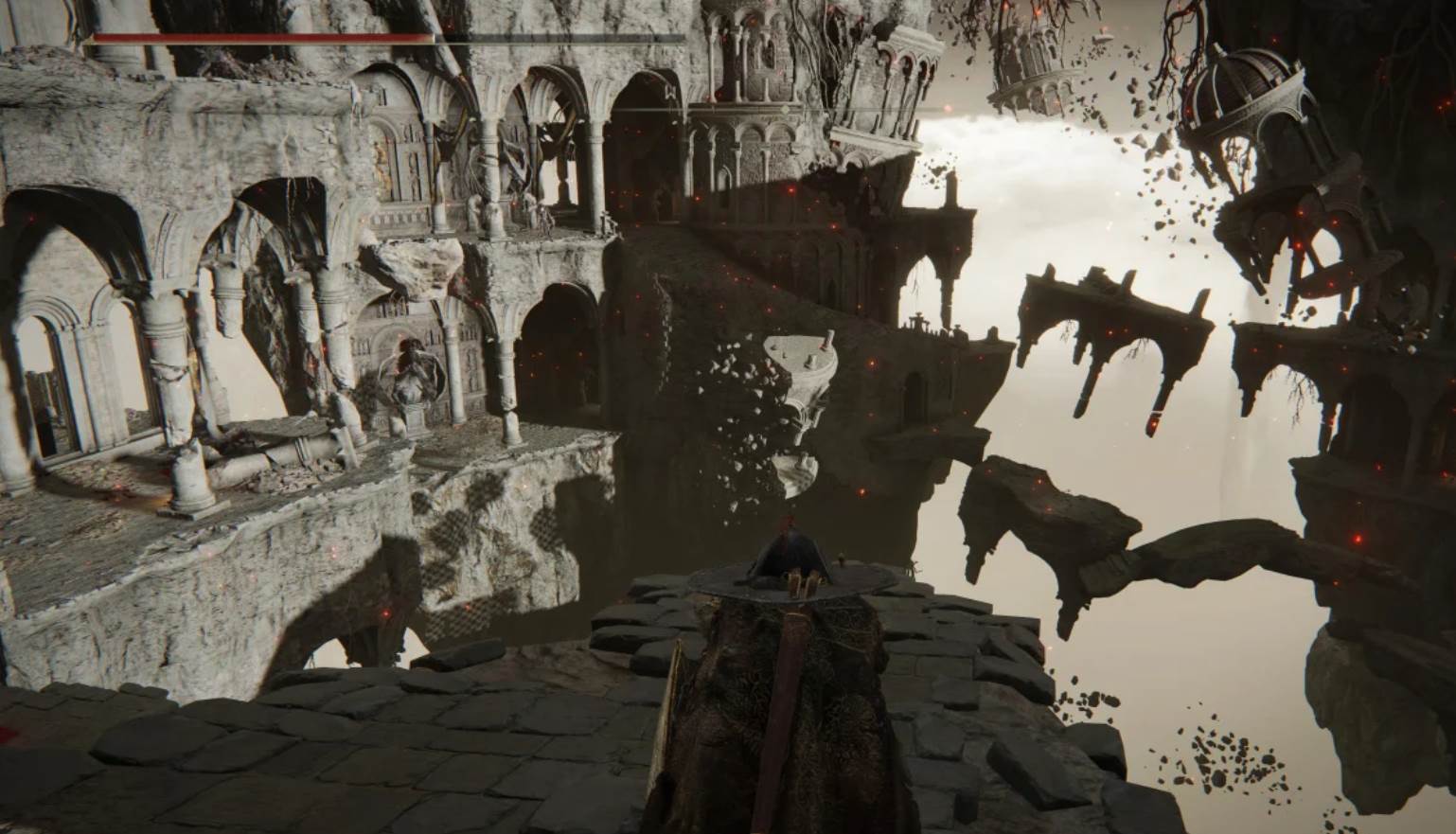 Keep an eye on the two Beastmen, one of whom throws bladed boomerangs at you, while the other attacks you head-on. Before you get to the dog, walk down the stairs and through the open windows on your left.

If you jump too far, you run the risk of collapsing and dying. Instead, carefully lower yourself to the floor and begin running around the perimeter of the room. The dragon statue greets you at the other end of the rubble, which you can use to cross to the next path. 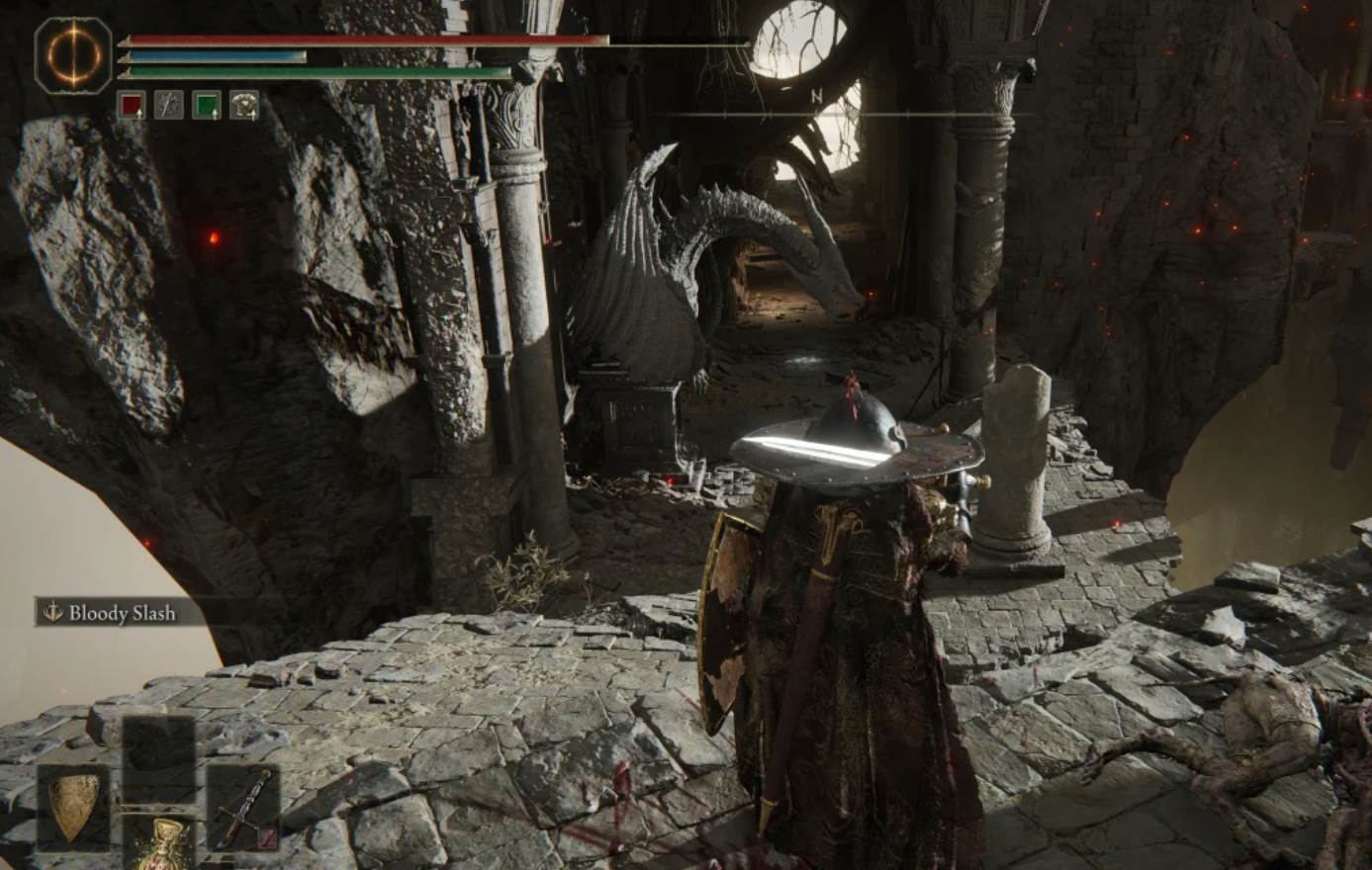 As you walk down this corridor, look to your right until you see a door. To get to the other side, you’ll need to use it to get across the building fragments that are hanging in midair.

To get to the other side of this structure, you can’t use the stairwell you saw on the way down across the rubble; instead, you must use the passage on your left. The dragon and the knight are a sign that you’ve arrived in the right place. 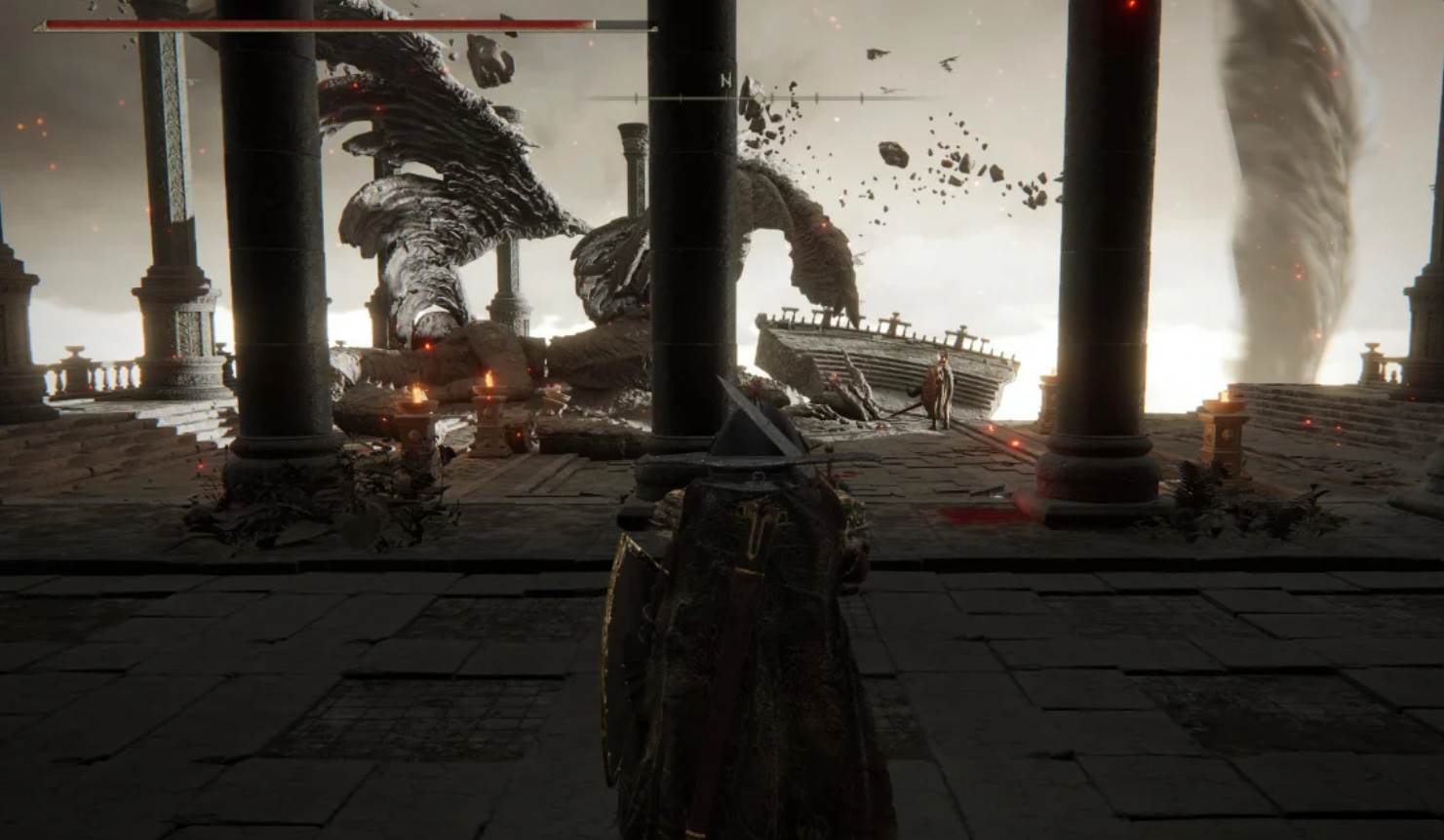 Avoid the knight at all costs and make a beeline for the far back right corner of the arena. Site of Grace awaits you at the ledge, which you can access by plunging down. Drop to the ground and sprint along the rooftops, dodging a swarm of particularly obnoxious birds.

Red lightning will rain down from a dragon ahead of you, so be on the lookout. Once you’ve crossed the river, the dragon will take off and fly away (it actually just disappears into thin air, but, you know). You’ll find a Golden Seed if you search the ruins on your left.

Head for the other side of the rocky platform from where a dragon was perched, with that in hand. It’s the path illuminated by the embers of a fire.

There will be a few more Beastmen to slay here, and then you’ll have to carefully cross a patch of white rubble using the few remaining pillars. Also, watch out for the Beastman with the bladed boomerangs on the other side. 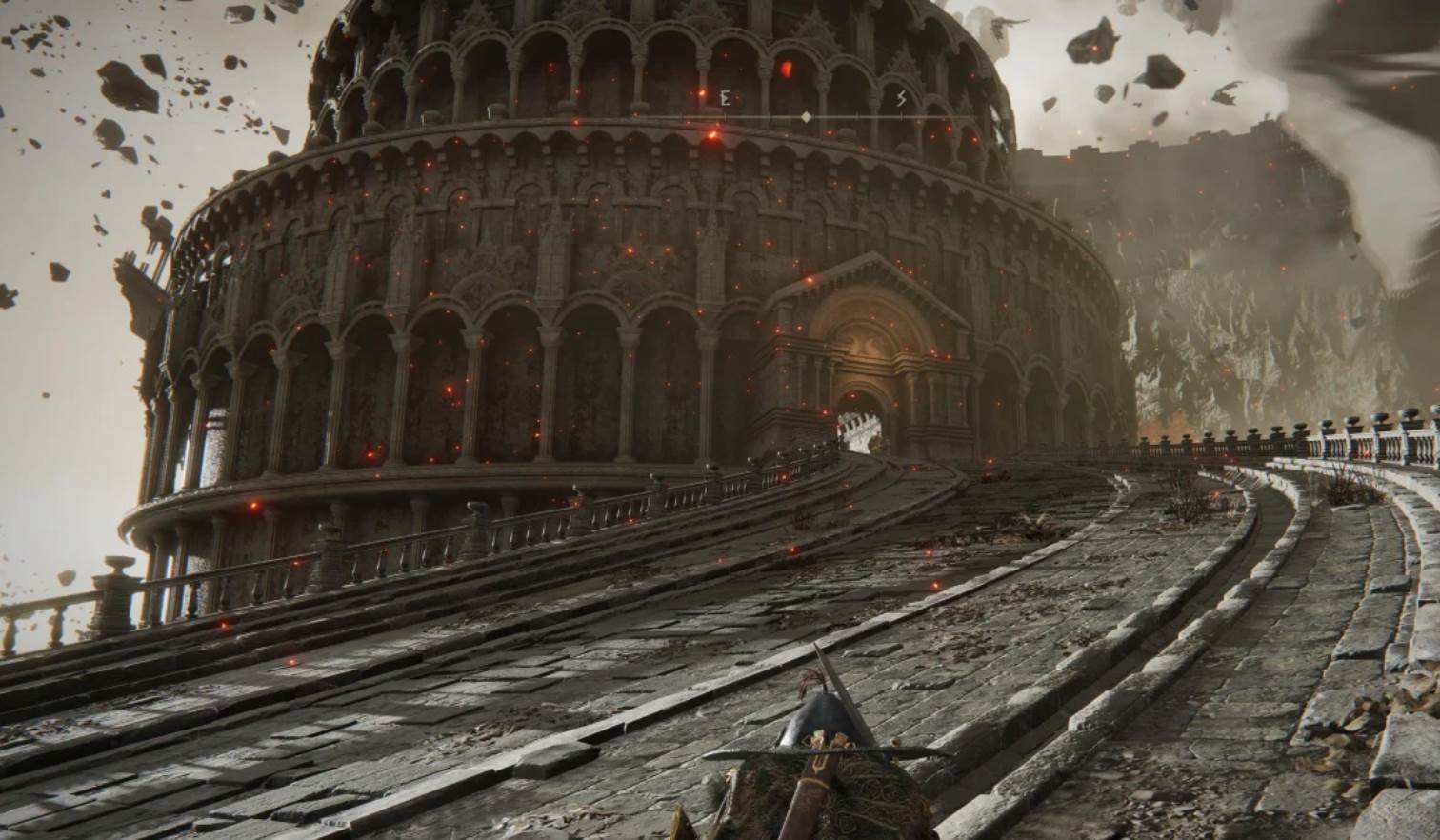 Another group of Beastmen can be found in the next small room, which has an altar built into the back wall. You’ll likely die if you try to take on all of these at once, so try to get them to follow you outside and fight one at a time.

A lift takes you up to a place called a “Site of Grace” after they’ve passed away. You can get to the main arena by heading outside and climbing the broken staircase. If you avoid the Tree Sentinel at the top and enter through the fog door, you will be fine.

Well, that’s all we have here about how you can complete Crumbling Farum Azula in Elden Ring. We hope this guide helped you. Should you feel any difficulty completing this quest, use Mimic Tear. If you don’t have that yet, use our guide to the Mimic Tear boss location and get that.