Call of Duty multiplayer weapons are typically slower than those found in Warzone, Activision’s battle royale game. Vanguard’s time to kill speed, on the other hand, has been tweaked to ensure that these weapons are equally potent. We’ll find out how they fare against the best Warzone guns when the Vanguard integration kicks in after the game releases on December 3.

We’ve compiled a list of confirmed Vanguard weapons, along with their level requirements. Certain weapons in this year’s Call of Duty game have up to ten attachments, allowing players to completely customize their favorite guns. The following weapons are from the Vanguard beta; the full game will most likely include more. 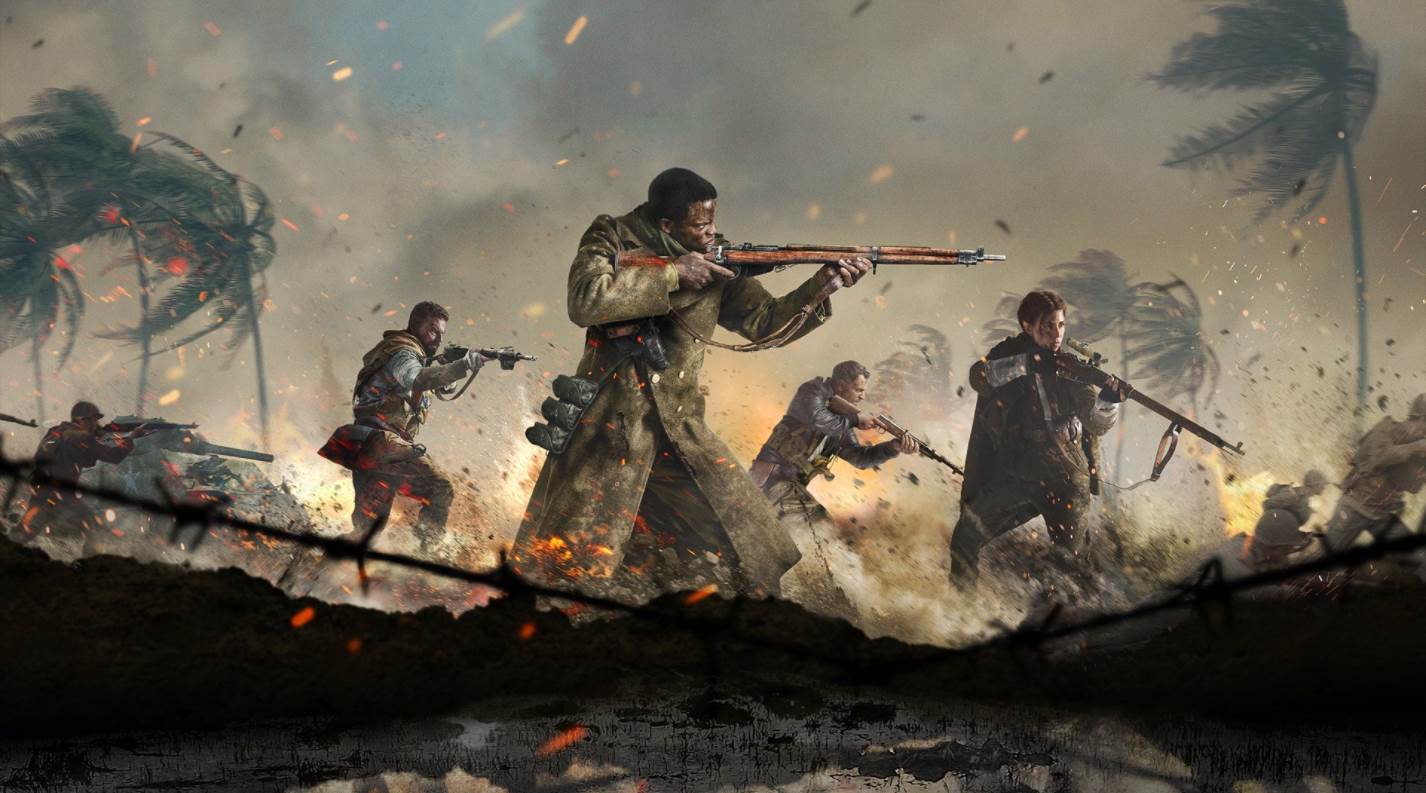 There are currently the following weapons in the arsenal for Call of Duty: Vanguard: 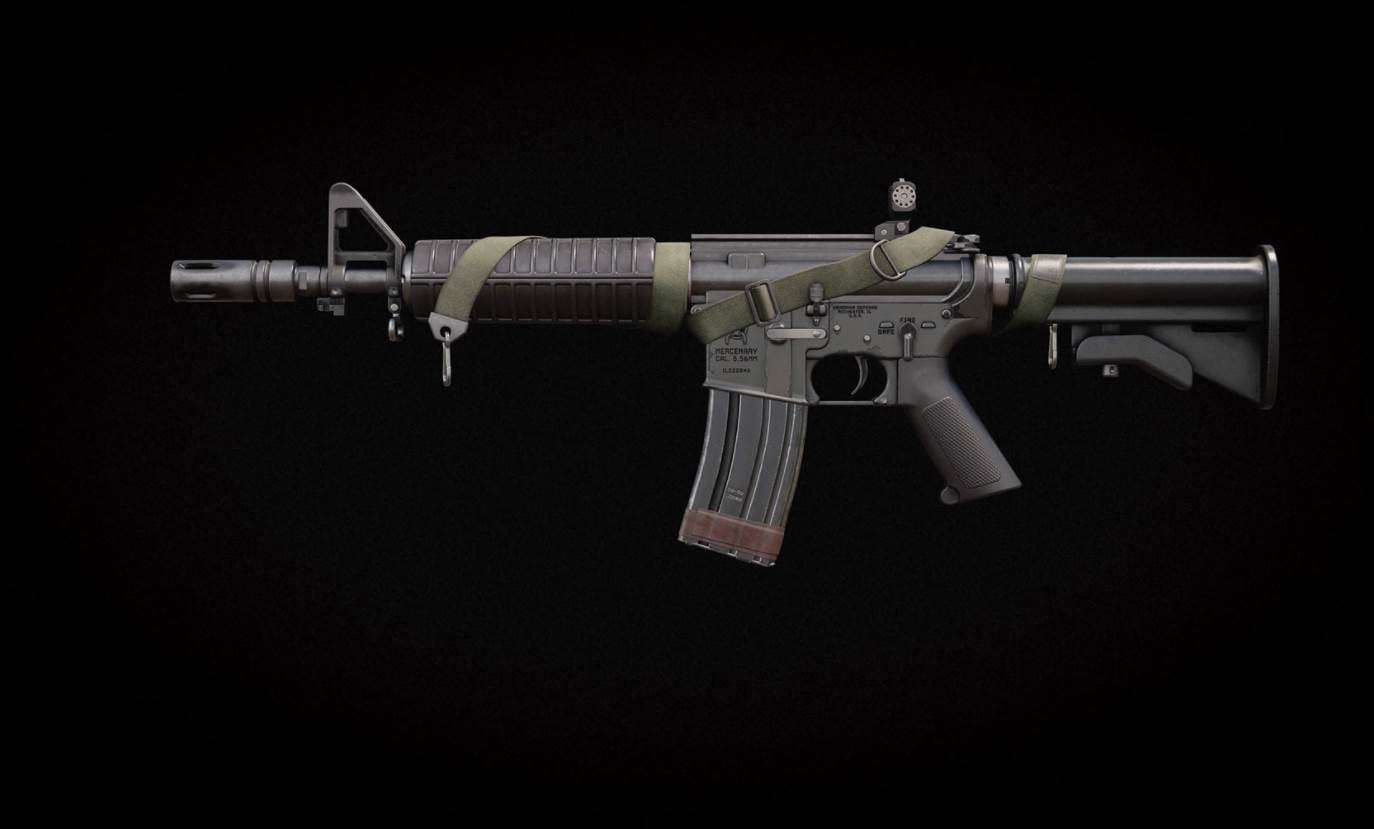 You can expect to see a lot of this weapon in Vanguard’s early stages. The STG44 is the standard assault rifle, a jack of all trades that can be used in any situation.

In spite of its lack of power, this assault rifle makes up for it with a high rate of fire. You should be able to take out a large number of enemies with a single shot if you can keep your aim steady.

The Automaton isn’t the most powerful assault rifle, but its high accuracy and low recoil base stats more than makeup for that. For those who enjoy long-range assault rifles, this is the weapon of choice.

The use of burst-fire assault rifles can be deadly in the right hands, but they can take some time to learn.

Short-range combat is sacrificed for the Itra Burst’s superior medium- and long-range capabilities. The Itra Burst is a solid loadout choice as long as you have a powerful secondary weapon at your disposal.

Built for long-range combat, the BAR performs well in a variety of combat situations. As with the Itra Burst, the BAR’s low speed and small magazine clips make it ineffective at close range.

With the highest base rate of fire in the assault rifles category, the AS44 is a lethal weapon close to mid-range. Don’t try to use this weapon at long range because it wasn’t designed to do so, despite its impressive time-to-kill speed.

The NZ-41’s heavy ammunition allows it to deal more damage per bullet than any other assault rifle on this list. In spite of the NZ-41’s high accuracy and damage output, this weapon has a steep learning curve because of the heavy recoil on each shot.

It’s like the FFAR or Groza from previous Call of Duty games, but with the added bonus of being an SMG. Allowing players to scurry around corners with ease, the Volk is lightweight.

Mobility comes at the cost of some control and damage output, but that trade-off might be worth it depending on your preferred game modes. 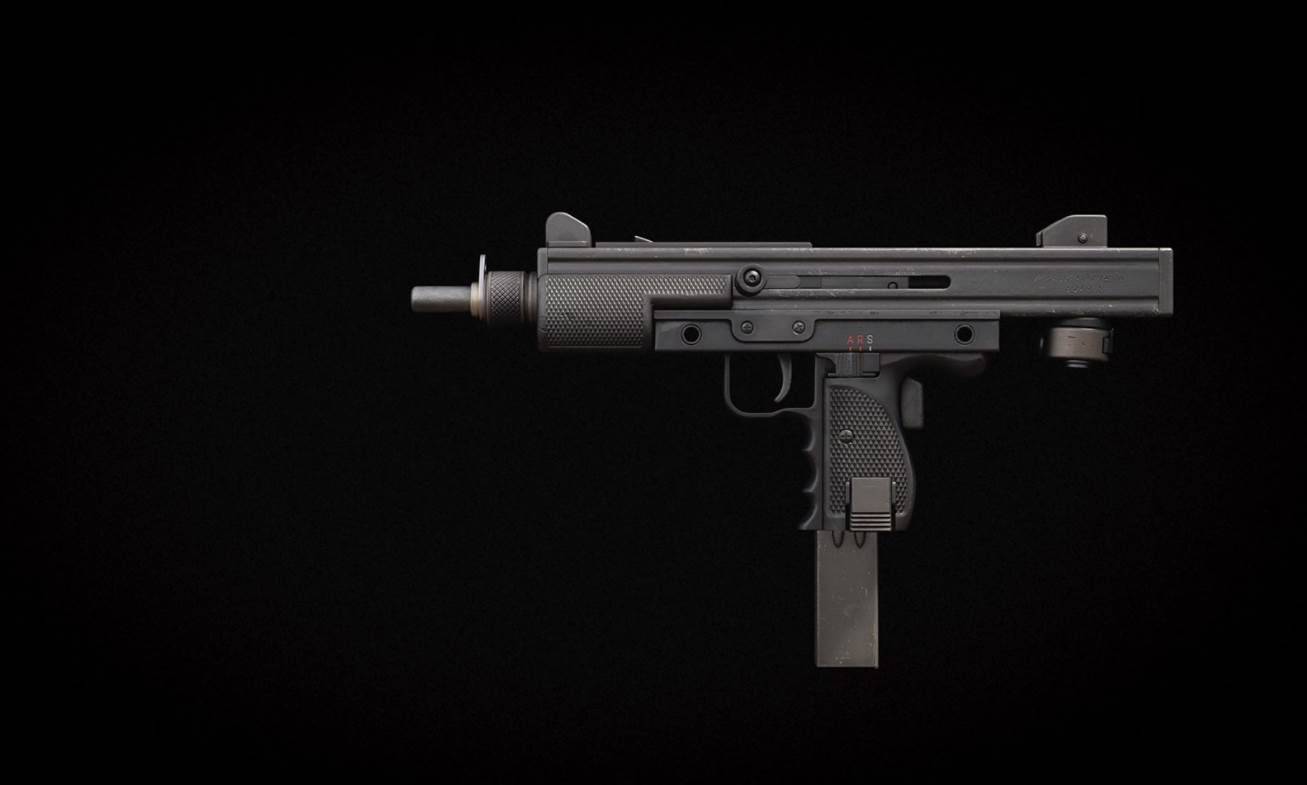 The MP-40 has a raw rate of fire that is unmatched by any other weapon. In a matter of seconds, the MP-40 can empty an entire magazine of ammunition. If you’re taking on multiple enemies at once, be careful not to waste all of your ammo on a single kill.

You cannot be shot at by bullets if you can outrun them in Vanguard, where the time to kill is extremely fast. You can dodge incoming fire thanks to the Sten’s excellent mobility, but you may have trouble inflicting damage on your opponents due to the weapon’s lack of power.

For an SMG with a large magazine capacity and low recoil, the M1928 is an excellent choice. The M1928 is heavier and less maneuverable than other SMGs of its class, which is unusual for an SMG of this caliber.

While it’s convenient to have a lot of ammo in your clips, the slow reload speed of this weapon means you need to keep an eye on how many bullets you have left.

But don’t be fooled by the Owen Gun’s strange appearance; this weapon packs a powerful punch! This SMG has a low recoil and one of the fastest kill times in the entire game when used in close quarters.

The Type 100 can be converted to a long-range weapon, unlike most SMGs, which are designed for use at close to medium range. In terms of accuracy and recoil, the Type 100’s base model is ideal for newcomers.

The PPSh-41 is one of the best SMGs in Warzone, so players will already be familiar with it. Although the weapon isn’t as powerful, it still has the PPSh’s trademark fast rate of fire. Fortunately, this variation of the weapon At close quarters, you’ll need a powerful weapon to get the job done. Pick up this weapon. 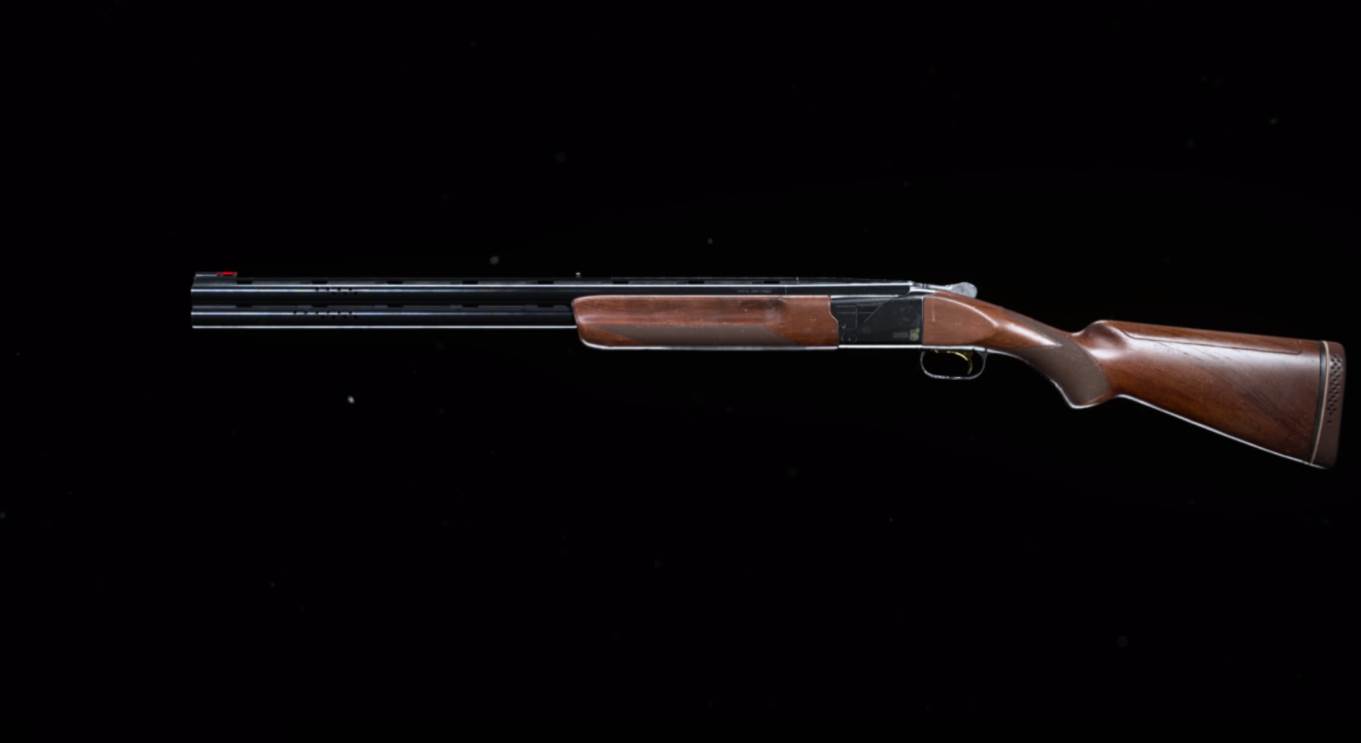 Reload times for the Einhorn Revolving shotgun are extremely long, requiring two shots to kill an enemy at short range. However, after the beta period the shotguns in Vanguard have been heavily nerfed, making them almost unusable.

There’s no way to kill a single enemy with a single shot with the Combat Shotgun. Even with headshots, which usually result in immediate death, you must attempt a second shot if you want to be sure you’ve killed the target.

Among shotguns, Gracey is probably the best of the bunch.. If you need a semi-automatic shotgun that can fire two shots in rapid succession, look no further than the Gracey.

At close range, this break-action shotgun is capable of reliably delivering one-shot kills. The Double Barrel’s effectiveness diminishes as soon as you cross the mid-range barrier. The Double Barrel can be a dominant force in close quarters combat as long as you stick to small maps. 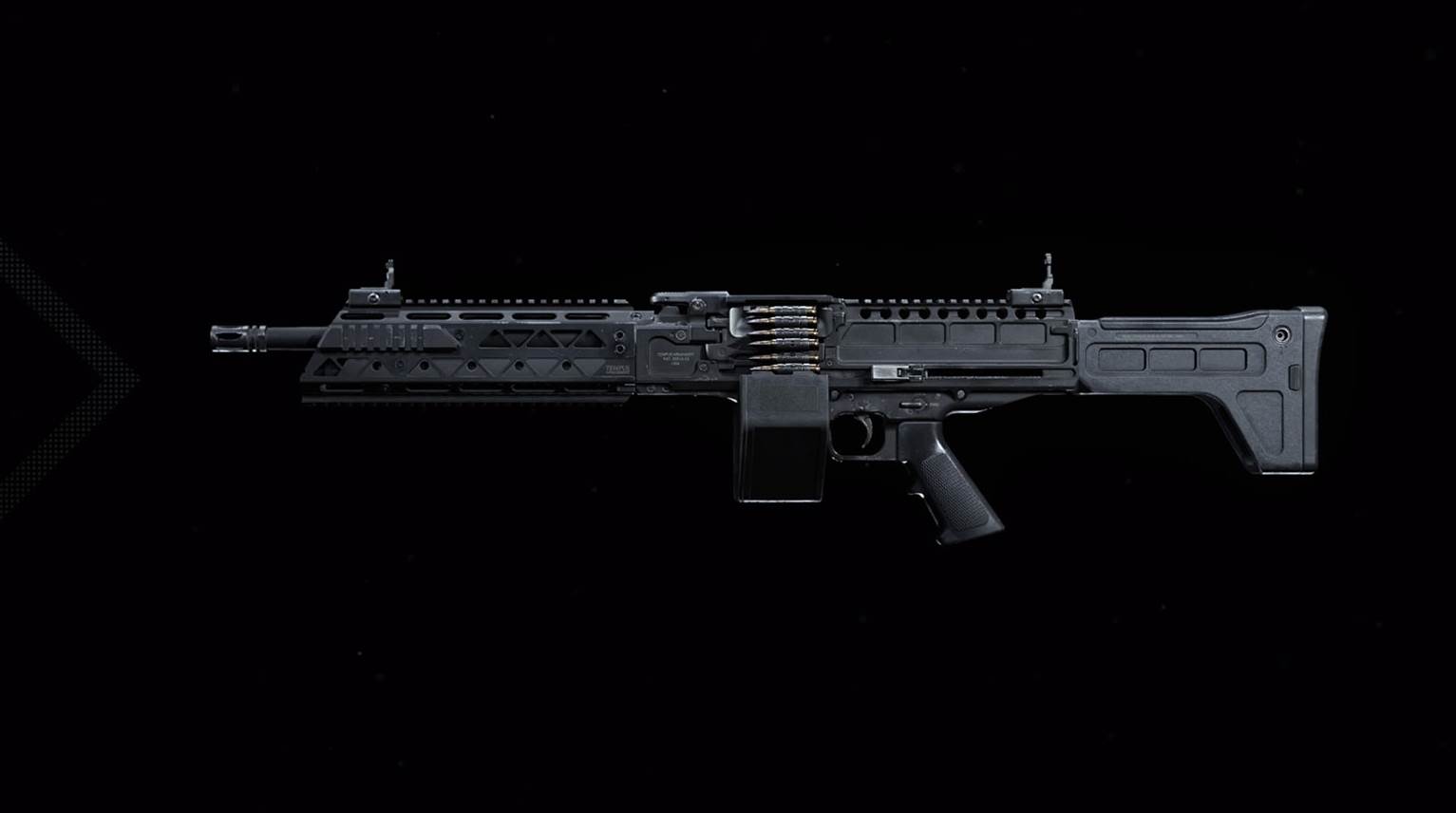 You can use Suppression in Vanguard to stifle your opponent’s movement by firing at them repeatedly. With more than 100 rounds in a single clip, the MG42 is the ideal weapon for suppression fire.

This weapon is ideal for players who want to dominate at all ranges with a single weapon, from close to medium to long-distance. When firing in bursts, this powerful LMG is accurate at a distance and can quickly take out enemies in your path. It isn’t perfect, however, because its large size will limit your mobility.

The Type 11 is one of the few high-mobility LMGs in Call of Duty that actually works. With each shot, the Type 11 has a significant amount of recoil to contend with. As it turns out, a gunsmith can fix some of the weapon’s most pressing issues.

The Bren can help you realize your dream of becoming a tank on the battlefield. The heavy recoil of this LMG makes it difficult to move around, but you’re still able to fire incredible shots because of its devastating power.

M1 Garand is the only marksman rifle in the game currently. An assault rifle with sniper’s level accuracy is exactly what you’ll get with this weapon. Use the M1 Garand at medium range for best results; avoid close-range combat with this weapon due to its limitations.

One-hit kills to the upper torso and head are possible with the SVT-40 in the right hands. Because the SVT-40 marksman rifle is heavy, you won’t be able to sprint around the battlefield like you would with a lighter weapon.

The G-43 excels at medium-range combat because of its rapid firing rate and excellent recoil control. Attacking from a distance can be difficult with the G-43, as it has poor long-range shooting performance. It’s safe as long as you don’t snipe at other players from the length of the map.

The Type 99 is surprisingly powerful for a default weapon, especially if you can hit your target. This sniper rifle feels like a budget version of the Kar98k – it’s clearly designed for aggressive snipers, but it lacks the damage output necessary to be truly viable.

A traditional sniper rifle, the 3-Line Rifle necessitates a safe distance from the target in order to be effective. One shot kills are possible with the 3-Line Rifle provided you can stay hidden in your sniper’s nest.

The Kar98k is the ultimate sniper rifle for players with lightning-fast reactions and is a mainstay in Black Ops Cold War, Modern Warfare, and soon-to-be Vanguard.

A single shot from this bolt-action rifle can kill an enemy at any distance. However, with the right set of attachments to slow down the aim-down sight speed, even the Kar98k stock version can be made more useful. 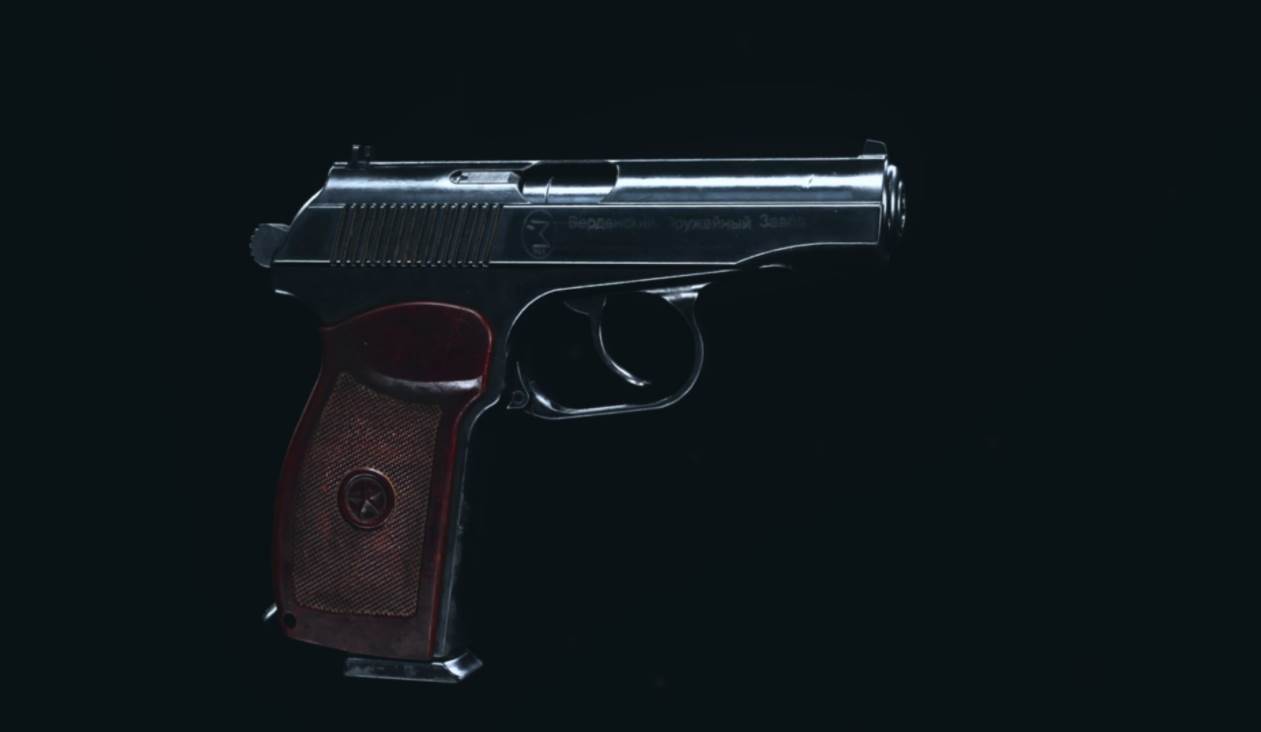 In terms of accuracy, damage, and reloading, the Ratt is a decent pistol. With this weapon, you won’t be able to kill more than one enemy at a time, as it doesn’t perform particularly well at any one distance.

Vanguard’s take on the Magnum is the Top Break. To take down an enemy with full health, you’ll need to use more than one shot with this high-caliber revolver.

As with the Ratt, the 1911 pistol is a mediocre weapon. Vanguard’s pistols aren’t terrible, but they don’t stand a chance against the game’s other weapons.

This game’s most accurate semi-automatic pistol is the Klauser from Klauser Defense Systems. This is the best pistol to use if you need to take out a weak enemy from a distance.

This SMG would be among the best in the game if it weren’t a secondary weapon. Only one enemy can be taken out with the Machine Pistol’s default clip capacity of ten bullets. By aiming the weapon down while firing, you can mitigate the weapon’s high recoil. 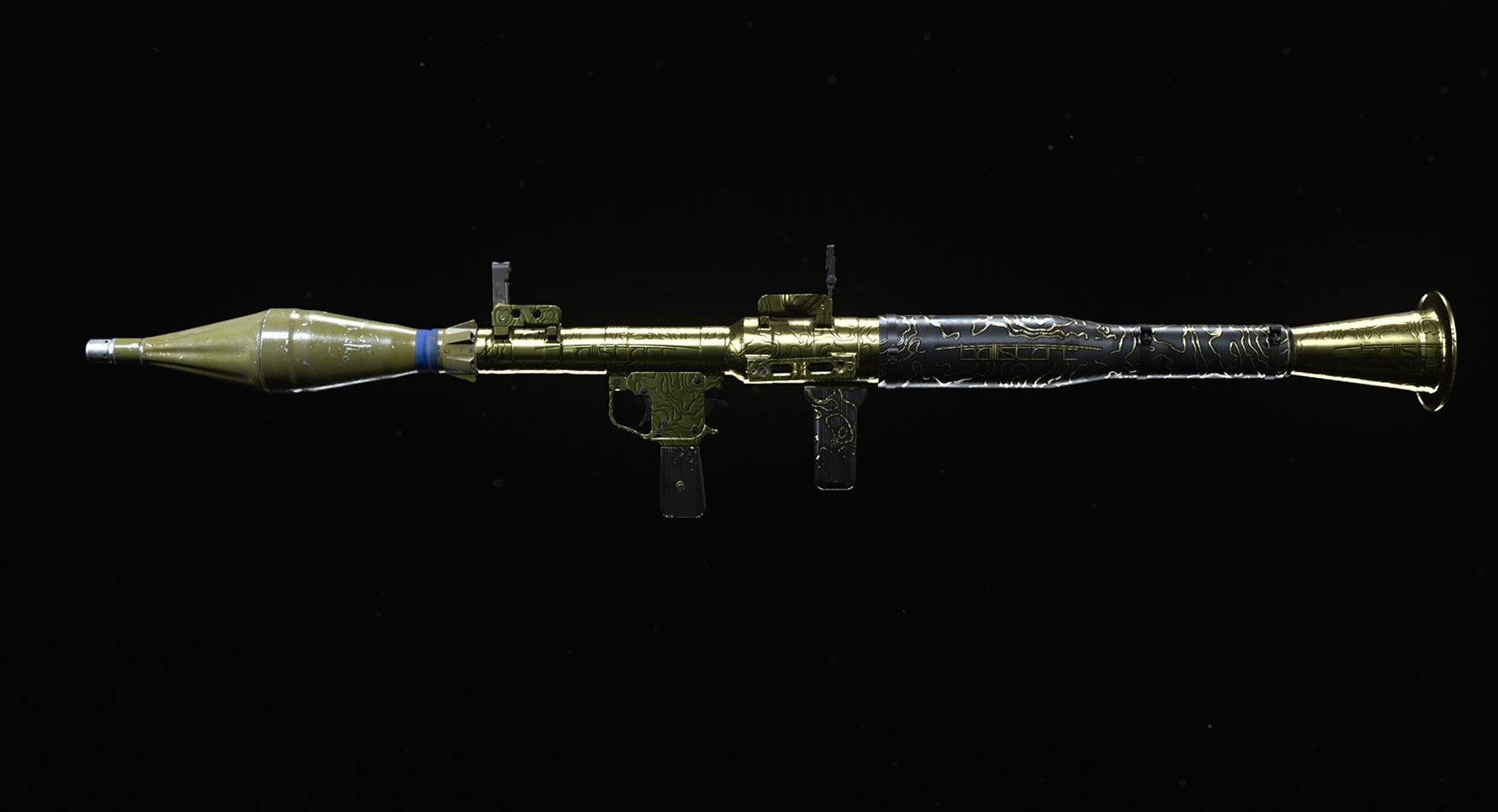 Inflict death on your enemies with the M1 Bazooka. In order to use the M1 Bazooka, you’ll need to be precise with your shots because it doesn’t automatically track spy planes.

You can always resort to the Panzerschreck if two lethal grenades aren’t enough for you. The M2 Bazooka is a shoulder-fired launcher that produces even larger explosions than the M1. As its ammunition is limited, the Panzerschreck can be used to take down airborne killstreaks.

Killstreak-focused launchers don’t really differ from each other. With this launcher, you can make your game look like Quake 1.

MK 11 launcher provides a secondary weapon in the form of grenades. When dealing with large groups of enemies, this is a particularly useful tool. You only get one shot per magazine, so be careful where you place your shots. 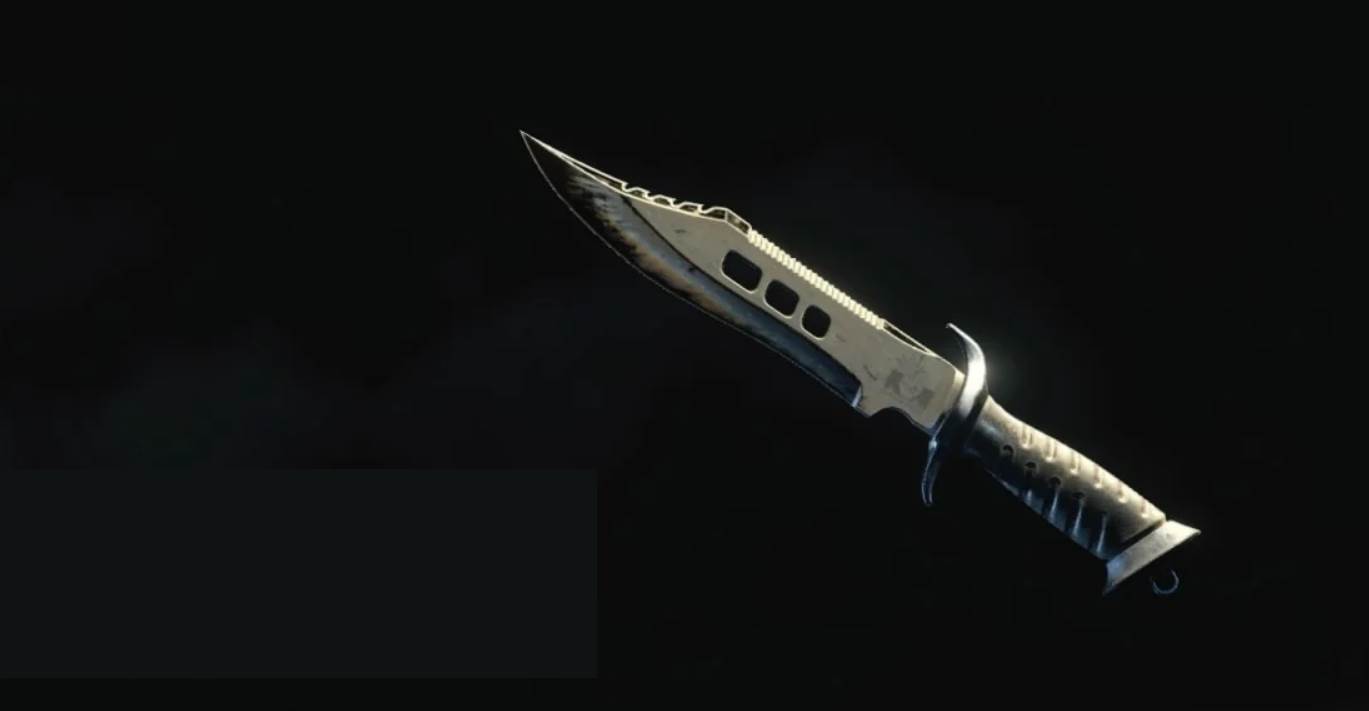 An upgraded version of a melee attack, the close-quarters combat knife allows you to take down enemies with a single strike. The secondary slot is occupied by this knife.

Using the Combat Shield in an enclosed area is difficult because it is bulletproof and resistant to explosives. The primary weapon slot is occupied by this shield.

In Call of Duty: Vanguard, every weapon has its own unique look and feel. When Call of Duty Vanguard and Warzone Season 1 launches in December, this guide will be updated with new weapons.

That’s all we have for you about every weapon in Call of Duty Vanguard. We hope this guide helped you.