With the best blender alternatives, it is possible to kickstart your 3D modeling career and learn programs and Motion Graphics. Animation, 3D modeling, video games, 3D programs, and motion graphics can all be made with Blender. The most important aspect of Blender is that it is free and has a wide range of features that make it an excellent 3D animation and modeling program.

Ton Roosendaal created the software, but it is now owned by the Blender Foundation. Windows, Linux, Mac OS, FreeBSD, and OpenBSD are all supported platforms for this software. C, C++, and Python are all used to code the program. 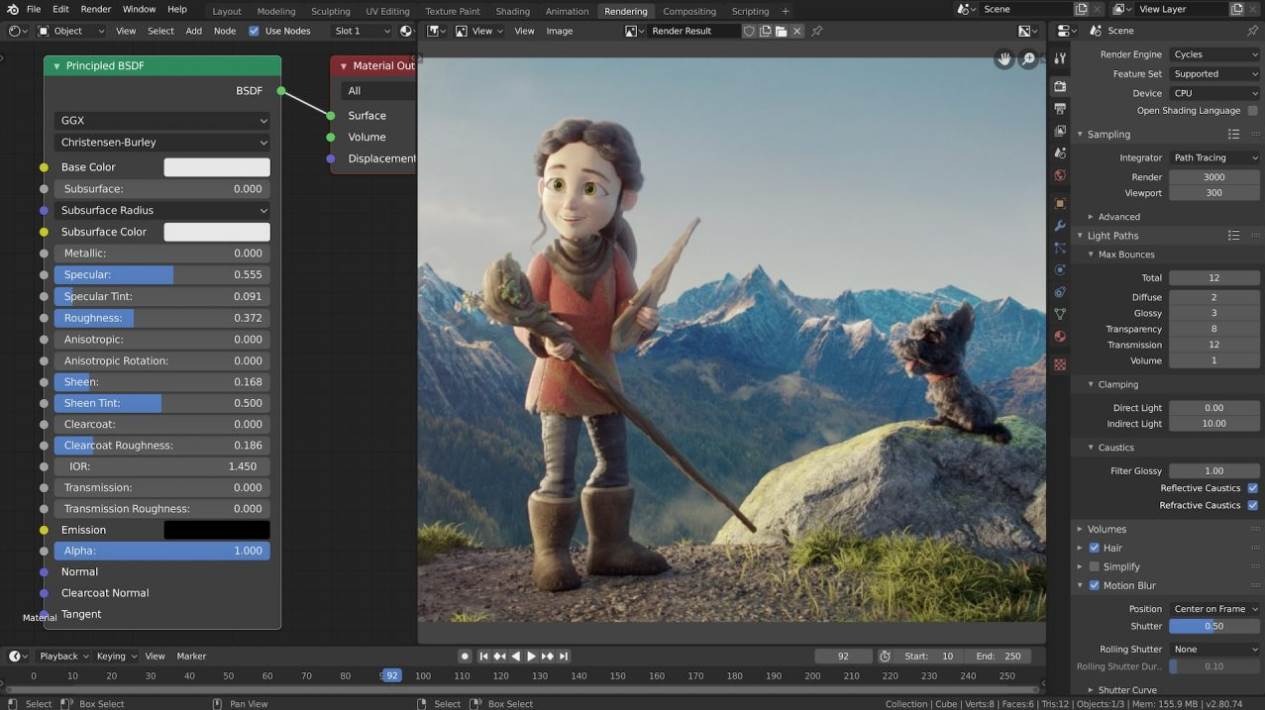 Blender is built on the Python programming language, which makes it easy to add new features and functions for the benefit of the program’s users. Non-linear video and audio editing is also supported. All in all, Blender is a fantastic program for 3D artists and compositors, and it proves to be extremely useful and beneficial to them. 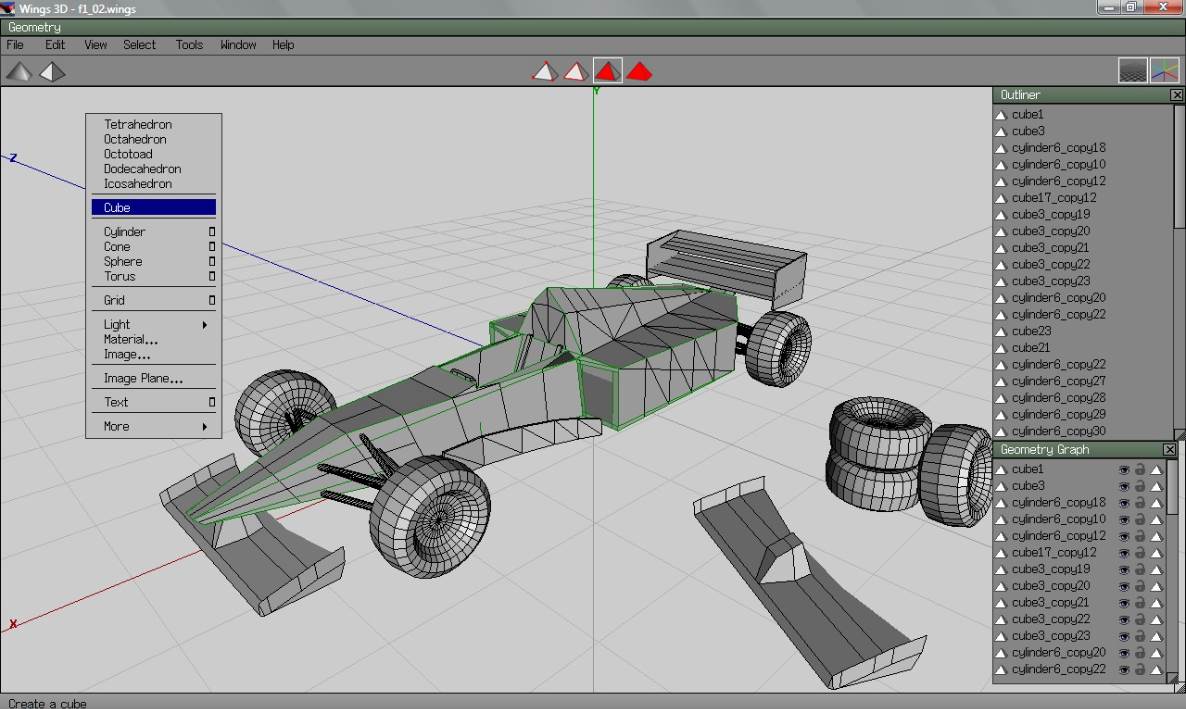 Wings 3D takes the top spot on this list. When it comes to creating and animating 3D models, Wings3D is just like Blender, a free and open-source 3D modeling tool.

However, unlike Blender, it lacks animation and other features. As far as I know, it’s only for 3D modeling. It’s unlikely that Wings 3D is a suitable replacement for Blender’s animation, rigging and motion pathing tools.

When it comes to 3D modeling, Wings 3D is a great alternative to Blender that many find easier to use. Context menus are readily available with a single right-click on the user-friendly interface. Wings 3D is also a good option if you’re just getting started with 3D modeling.

However, the AutoUV feature of Wings 3D is its strongest suit. Cut and unfold an image of the model’s surface with this tool for better painting and texturing results. Although Blender has a similar tool, you may find that the Wings 3D AutoUV tool produces better results. 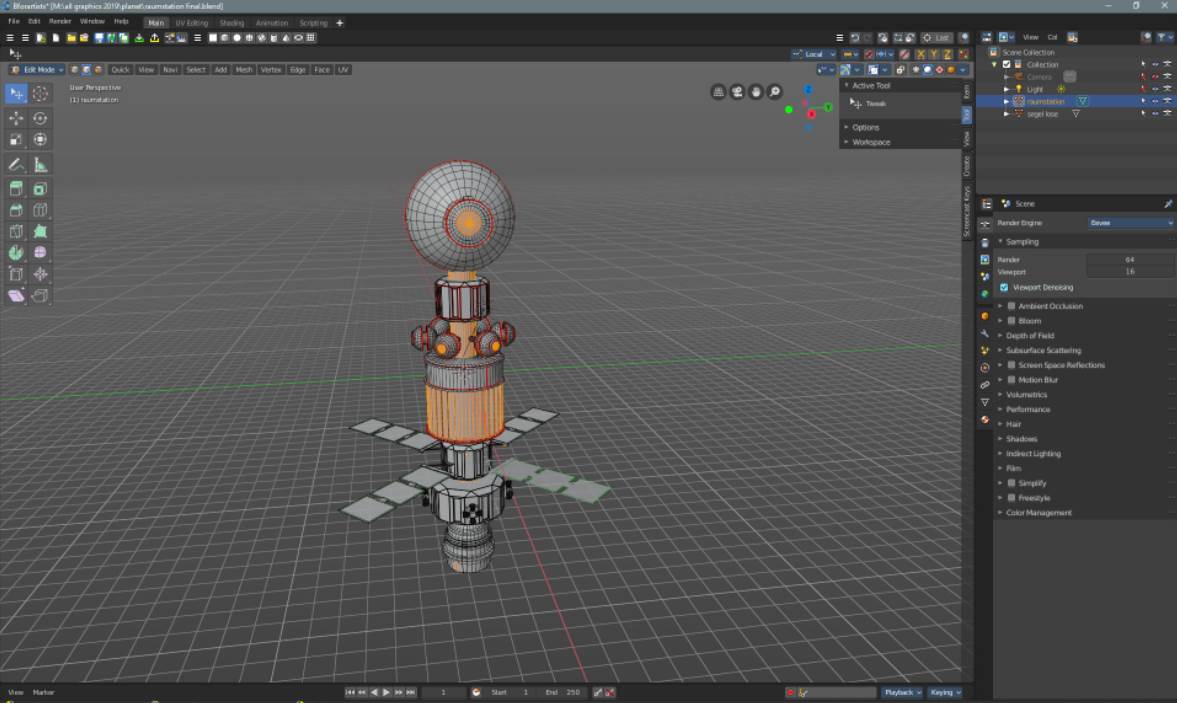 Bforartists is the next site on our list. Since Bforartists is based on Blender, it’s the closest tool on this list that’s actually a fork of Blender.

It is possible to switch between Bforartists and Blender at any time. There’s no reason not to give Bforartists a whirl and see how it works for you.

The main difference between the two is in their approach to user interface design. Bforartists focuses on a more streamlined and easier-to-understand interface for the tools it provides.

If you’re just getting started or prefer to work primarily with your mouse rather than your keyboard, this approach is ideal for you.

There is also a comprehensive manual available for Bforartists users. Blender’s documentation can be difficult to decipher, but the manual for Bforartists is organized in a way that makes sense to the average user. 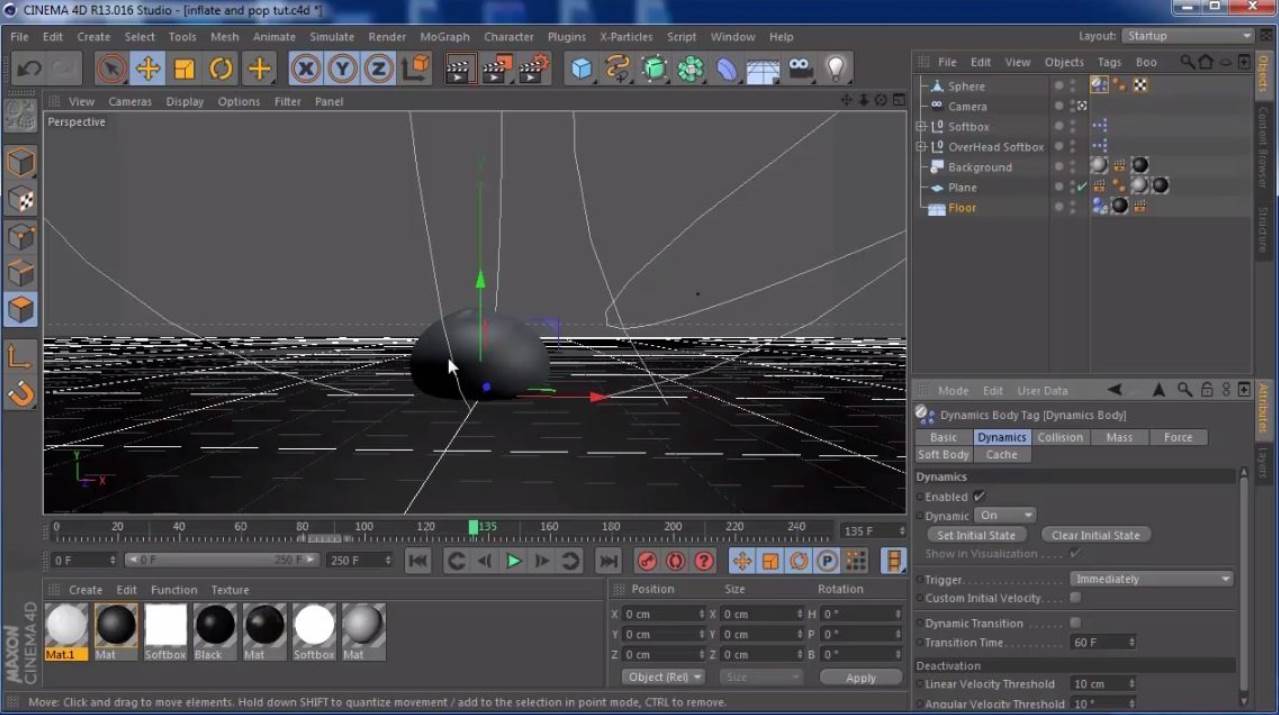 In the event that you’re looking for an alternative to Blender, Cinema 4D may be the best option for you in terms of simulation, animation, and rendering.

It’s hard to believe how many modeling and animation options there are in Cinema 4D. Cinema 4D’s user interface is easier to get used to than Blender’s, and there are a variety of tutorials and documentation available to help you get started.

You can use Cinema 4D to create dynamic cloth and rope simulations, 3D models based on photos or other images, or polygon, parametric and volume modeling.

Cinema 4D’s rendering, on the other hand, sets it apart from Blender. Cinema 4D’s impressive features make it easy to create scenes that are both photorealistic and impressively animated. 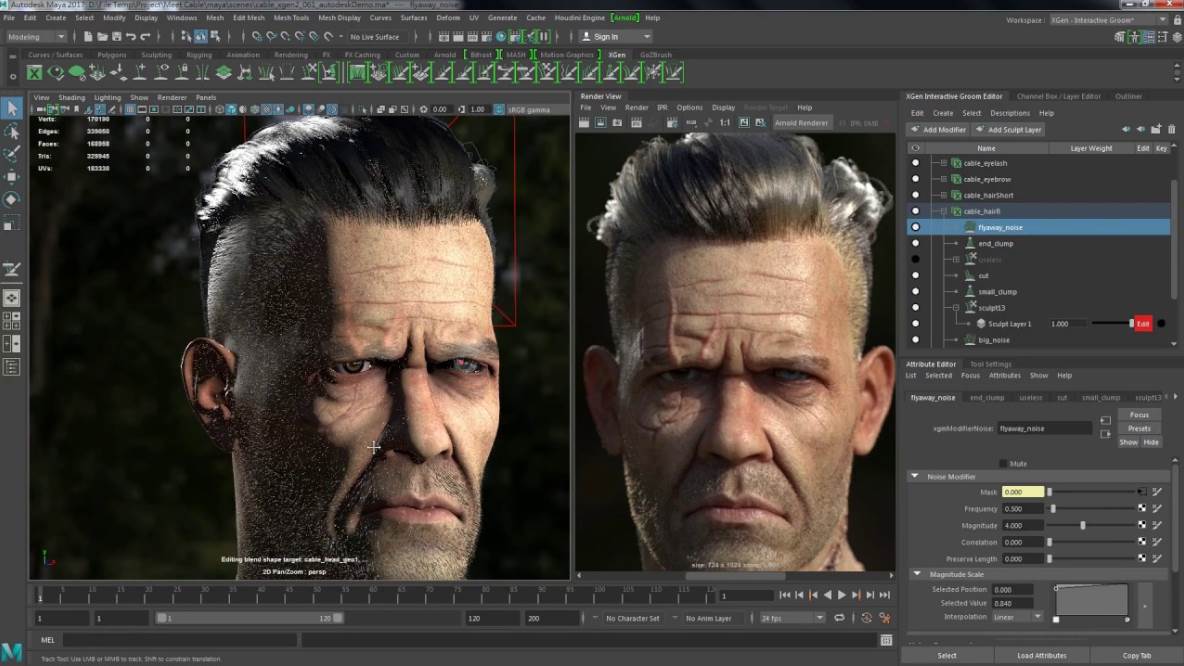 Maya is the next one. For those who want to break into the industry, Maya is a better alternative to Blender than pursuing modeling, sculpting, or animating as a hobby.

Many people consider Maya to be the industry standard, even though Blender is a hugely popular tool. However, there are still many situations where Maya is the better choice.

If you’re looking for a powerful rendering and animation program to use, Maya is the best option. The UI is simple, clean, and many prefer it to Blender’s interface. Maya’s animation tools frequently outperform those in Blender, thanks to Maya’s faster playback and more user-friendly editors. In addition, the sculpting tools are absolutely incredible in their capabilities.

Even though Autodesk, Maya’s parent company, provides a wealth of tutorials for the software, it can be difficult to determine which of the two 3D modeling programs is best for your needs.

Even if you’re just starting out or are a solo artist, Maya can be a little pricey to switch to. Compared to Blender, which is completely free, this is a significant difference. 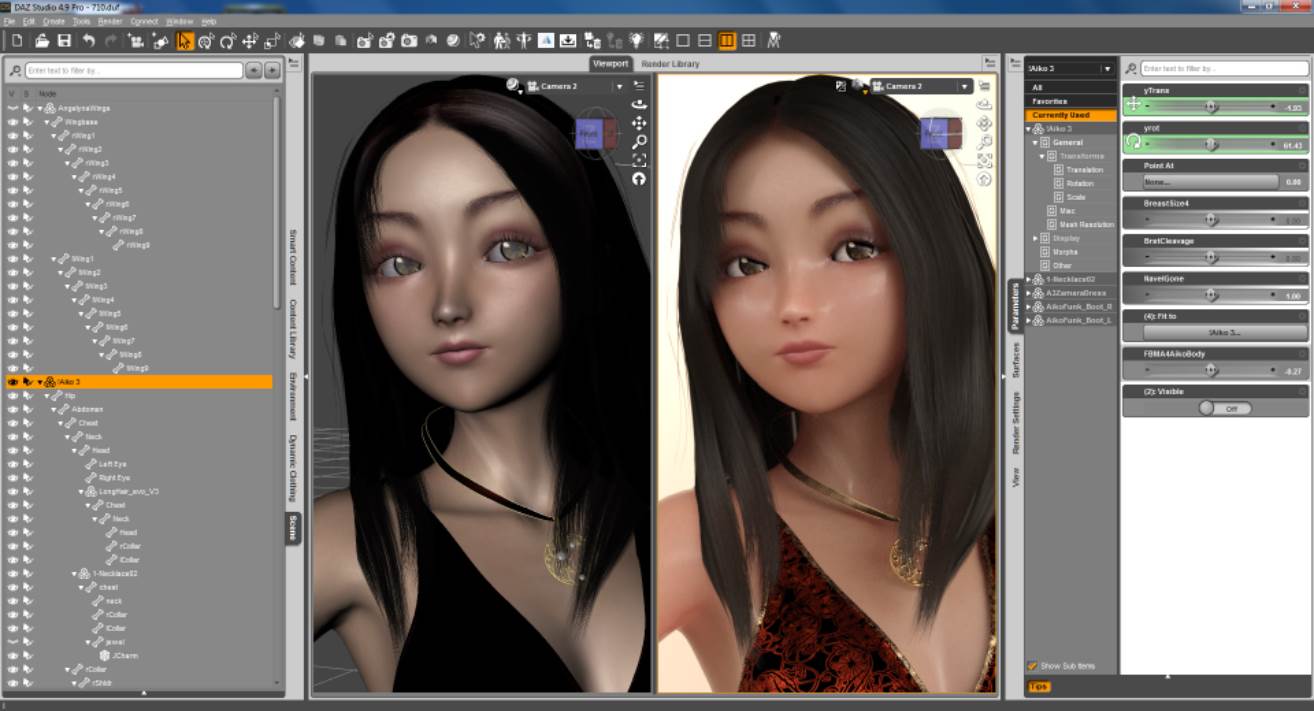 Daz 3D is a good option if you want to create and customize 3D human models. As compared to Blender, Daz 3D focuses almost solely on creating, altering, and perfecting human models.

If you plan to use Daz 3D as your primary 3D modeling tool and a different tool as your primary animator, it’s a great alternative to Blender. If you’d like to use Blender, Daz 3D has the ability to export your assets to this popular 3D application.

When it comes to creating 3D models of humans, Blender and Daz 3D are in a dead heat. That being said, Blender is the obvious choice if you’re looking to do anything else. 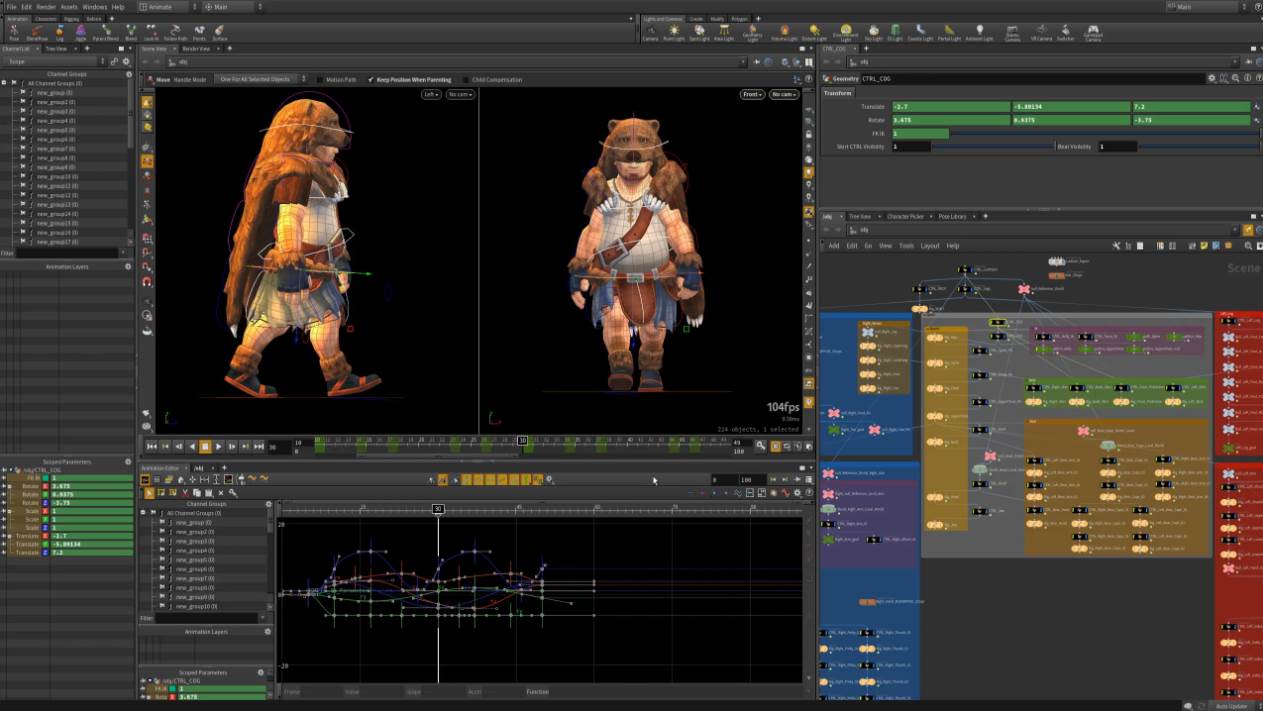 It’s possible that the VFX tools in Blender were what first drew you to the program. Houdini is a viable alternative for those in the film, game, and motion graphics industries looking for something different. In fact, Houdini has tons of features that are not present right now in Blender, making it one of the best alternatives.

As a 3D modeling and animation tool, Houdini has a node-based approach built-in for you behind the scenes to make the process easier.

Blender, on the other hand, lacks Houdini’s extensive VFX and simulation toolkit. Houdini is the superior tool for large-scale particle-based or dynamic simulations that need to be highly realistic. 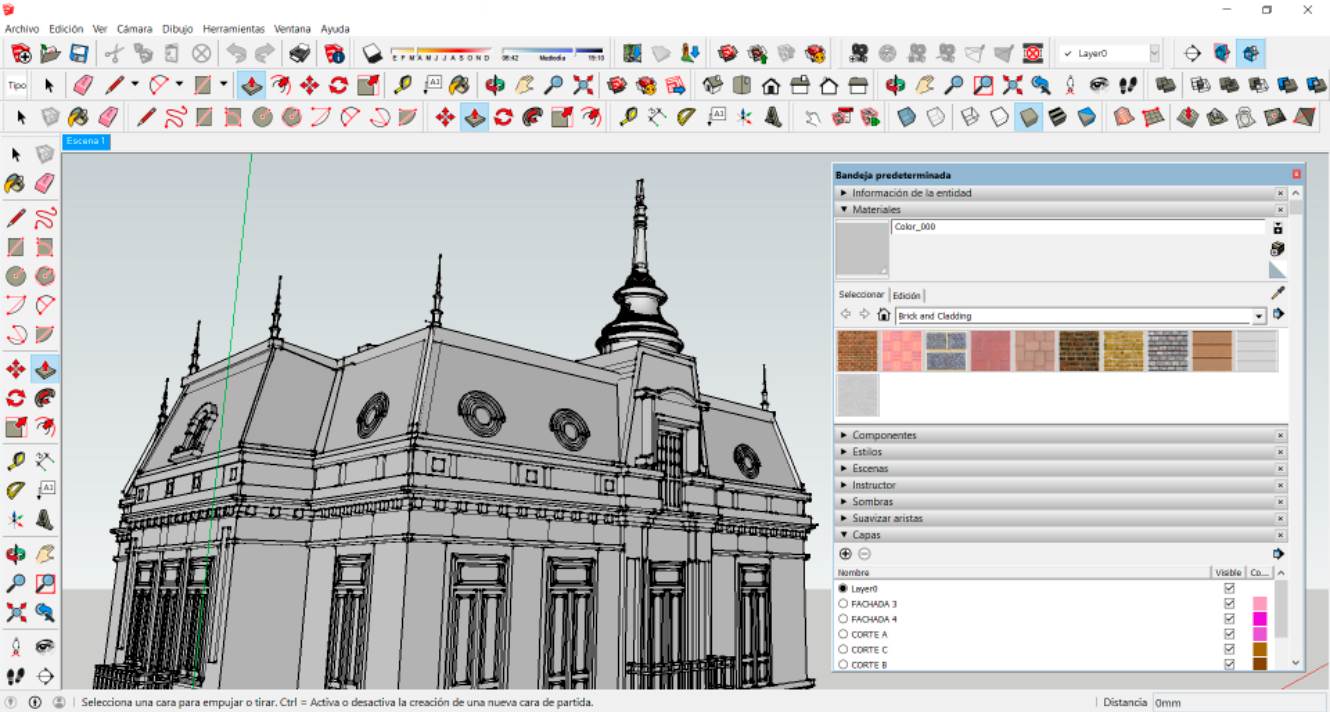 Finally, SketchUp is here. SketchUp might be a better choice if you use Blender for architectural design or 3D printing models.

When it comes to designing buildings and environments, SketchUp is regarded as one of the most powerful architecture software programs in the world, with a wide range of tools for optimizing these designs. SketchUp was built with these features in mind if you want to create sustainable building designs or calculate building costs.

However, 3D printing isn’t the primary use case for Blender. Even though you can learn how to make 3D printables in Blender and the program does an excellent job with both due to its wide range of features and variety in functionality, Blender was not built with either at the forefront of its design philosophy.

As you can see, there are a variety of Blender alternatives that can help you accomplish your goals. There’s a program for everyone, whether you want to break into the animation industry or just want something more user-friendly. How to Make a Professional Tutorial with iTop Screen Recorder?