An increasing number of anime movies are released each year around the world, cementing its place as one of the most popular film genres. Nowadays, a lot of people seem to be interested in knowing the best anime movies of all time.

Therefore, as we enter the new decade, it’s time to call a close on one of the best anime movies ever made, even if it is something that will need to be improved with the passage of time.

The wonderful world of anime can seem a little inaccessible to newcomers at times, with so much to choose from across so many different genres. Shimokawa Oten produced a five-minute chalk-drawn film in the early twentieth century, which is when Japan’s thriving animation industry got its start.

ith the rise of streaming services, anime fans have never been more constrained in their options. This list has something for everyone, whether you’re just getting into anime for the first time or a seasoned fan looking for the best of the best.

Here we’ve compiled this definitive guide to the best anime movies ever made in the world with every detail you need to know before watching the movie. So let’s get started. 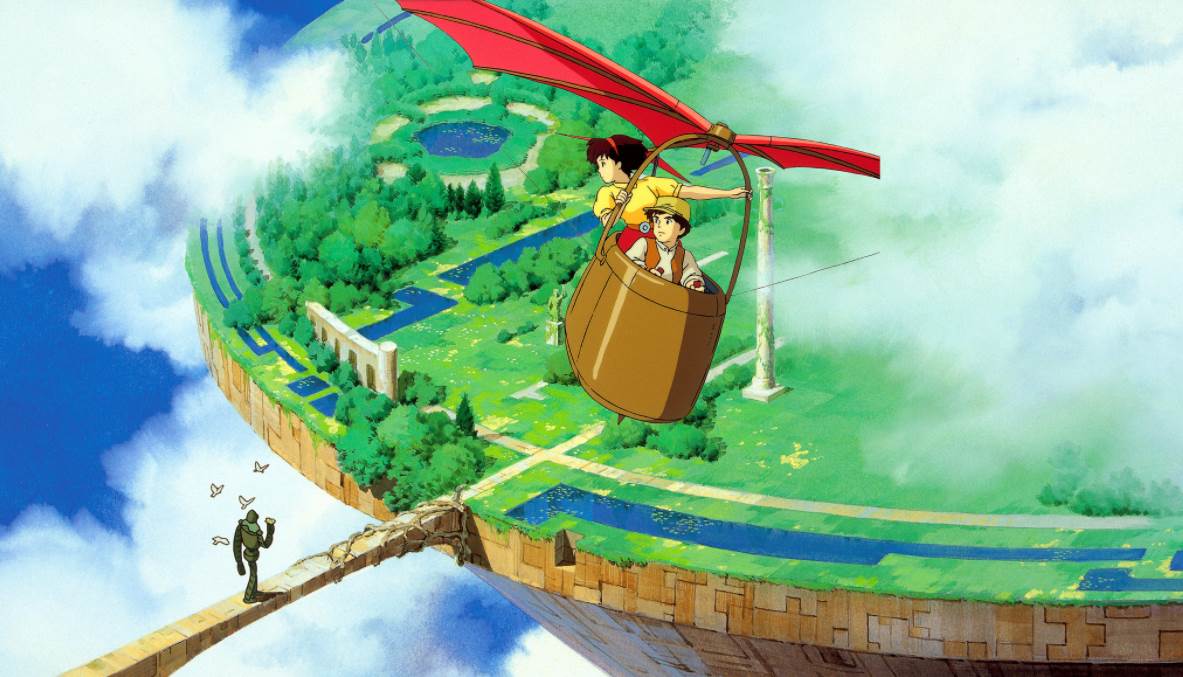 “Laputa: Castle in the Sky,” the studio Ghibli’s debut film, tells the story of Pazu, an orphan who finds himself in the middle of a magical crisis when he decides to take in a young girl with a mysterious crystal. We should not forget that Castle in the Sky is one of the best romance anime movies out there.

Muska, a shady government agent, will do anything to get his hands on Sheeta’s amulet, which powers Laputa, the film’s floating island fortress. “Laputa: Castle in the Sky” is a seminal steampunk adventure directed by Ghibli co-founder Hayao Miyazaki.

In 2016, “Your Name” by Makoto Shinkai was Japan’s highest-grossing film, and it went on to conquer the rest of the world the following year.

Taki, a Tokyo boy, and Mitsuha, a country girl, find themselves one day in the bodies of each other in Shinkai’s beautifully animated coming-of-age fantasy. After a few episodes, the phenomenon persists, and the two teens develop a strong bond as they try to discover each other’s names.

3. The Girl Who Leapt Through Time 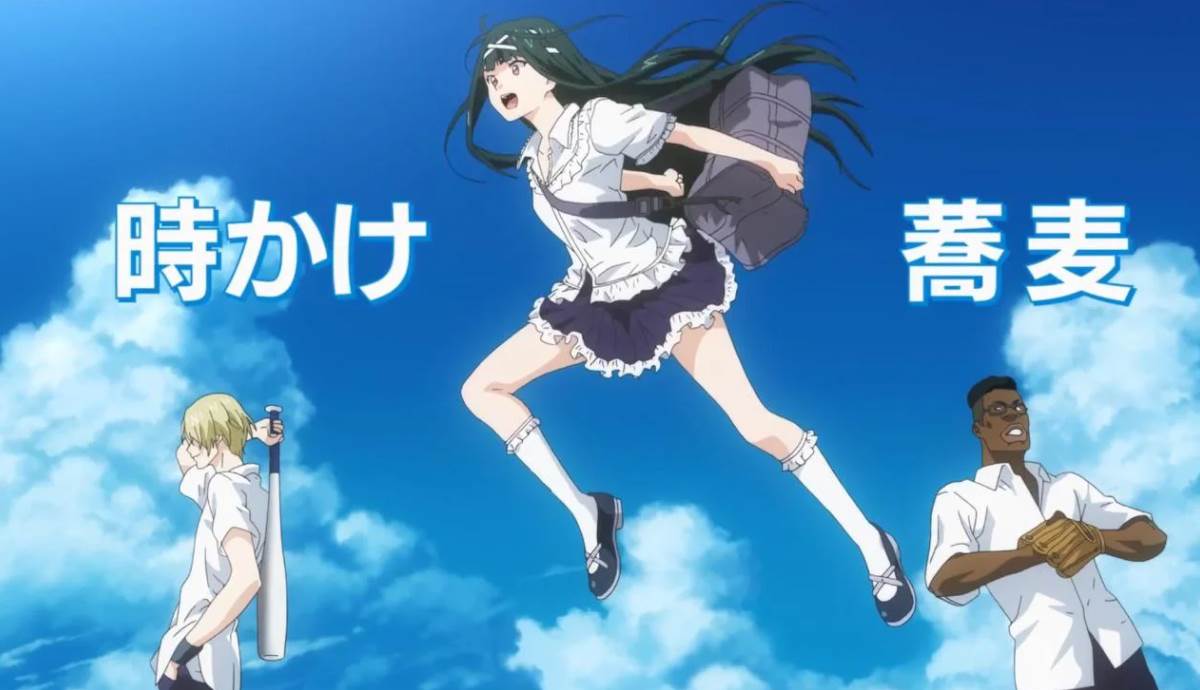 After “Digimon: The Movie,” Mamoru Hosoda followed that up with “Baron Omatsuri and the Secret Island,” which has been consistently ranked as one of the best “One Piece” movies ever produced.

“The Girl Who Leapt Through Time,” his next film, earned him the title of “the next Hayao Miyazaki.” When Makoto Konno, a high school student, is hit by a train and miraculously reappears right before the accident occurs, it becomes apparent that she has the ability to time jump. 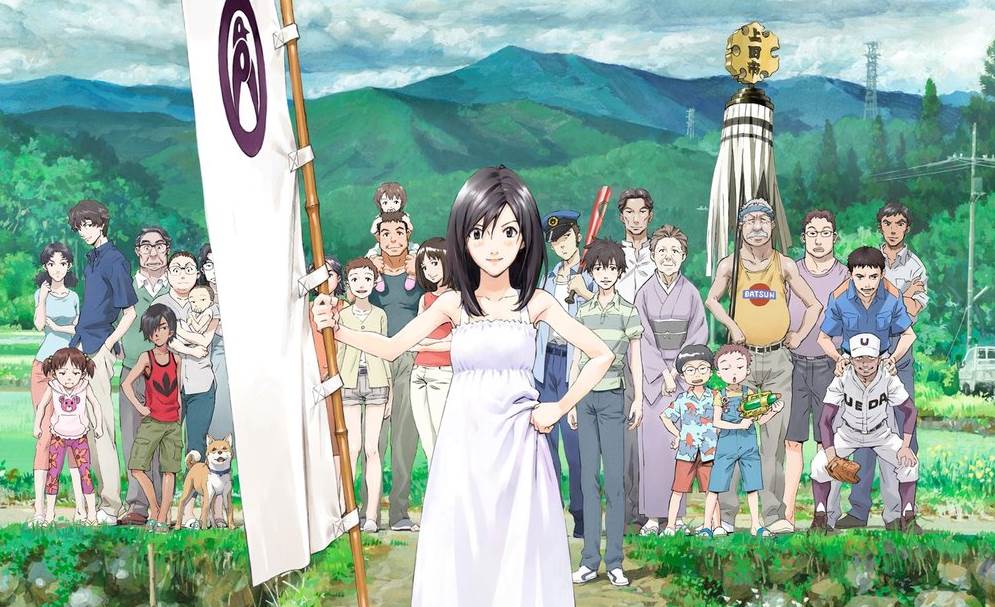 Hosoda’s follow-up to The Girl Who Leapt Through Time tells the story of a boy who pretends to be the girlfriend of a girl he likes on a trip to see her family, in order to get her attention.

And to add insult to injury: A misbehaving military AI is causing havoc in Oz, ruining the reunion festivities (and bring the world to its knees).

It’s a visually stunning coming-of-age story with a cast of wacky and lovable characters, all entwined with technological doomsday commentary. It’s brilliant, foretelling, and full of wit. 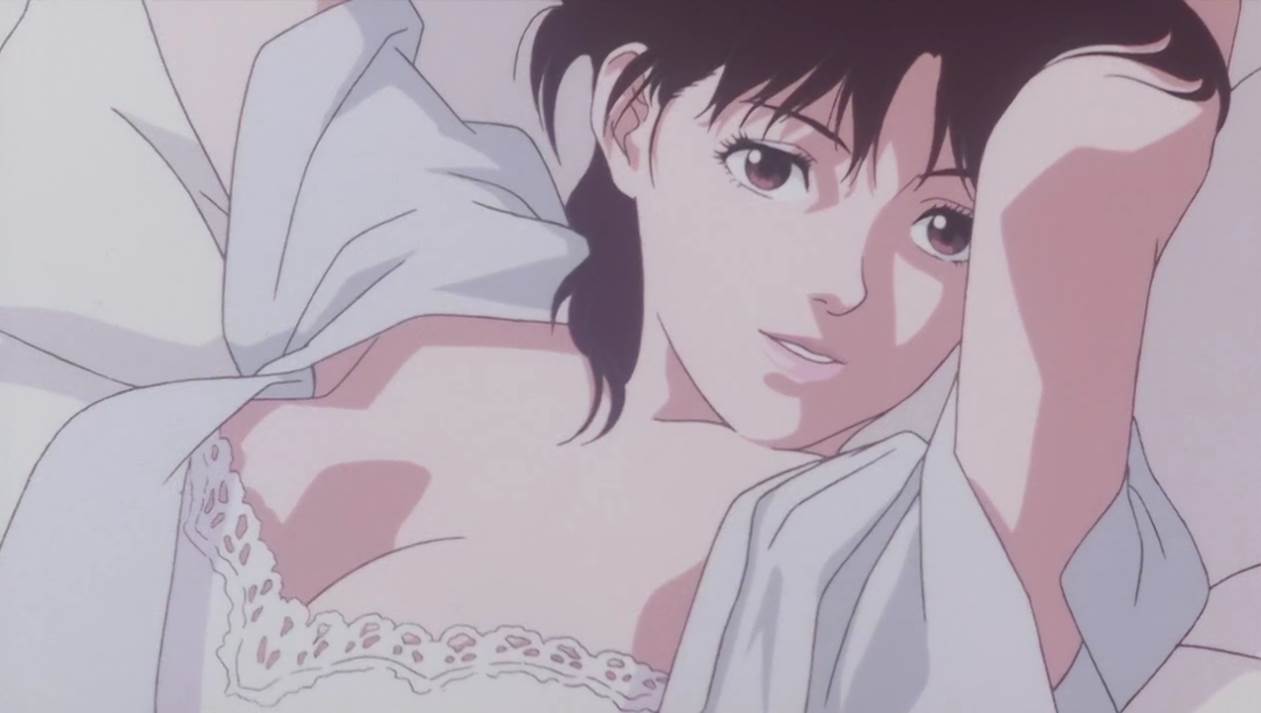 In Satoshi Kon’s “Perfect Blue,” J-Pop star Mimi Kirigoe leaves her band to pursue a career as an actor. One rabid fan, who has begun stalking Mimi as a result of her decision, is not pleased.

An already weakening grip on reality is completely lost when assassinations begin to occur all around the idol. A psychological thriller in the vein of Darren Aronofsky’s “Black Swan,” which, as fans of Kon’s movie have pointed out, actually contains several near-identical shots. 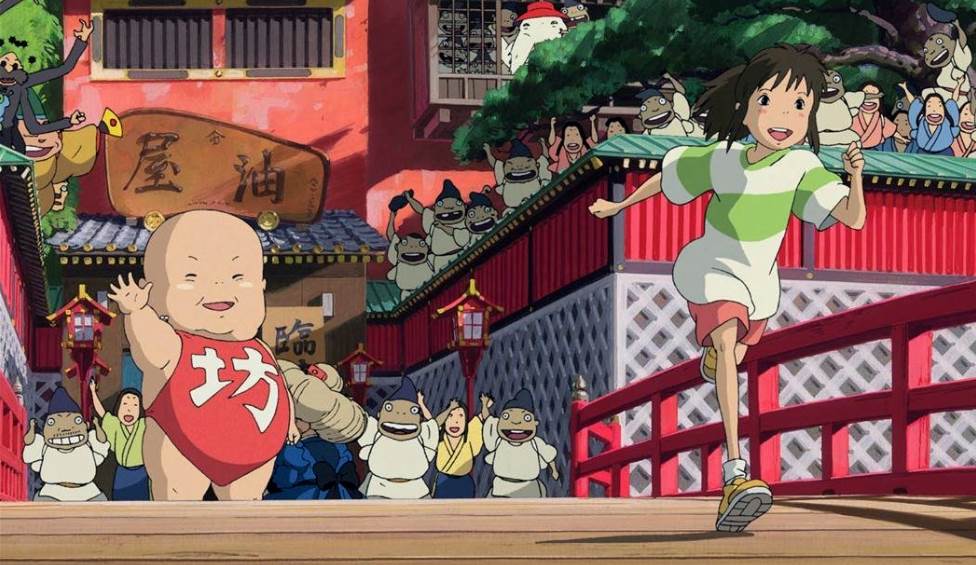 The success of Spirited Away as a cross-cultural phenomenon is undeniable; it has introduced Studio Ghibli’s work to a wide audience in the West.

Ten-year-old Chihiro and her parents stumble upon an exquisite paranormal bathhouse inhabited by fantastical folkloric creatures and spirits in this surreal, mythological tale.

7. Ghost in the Shell 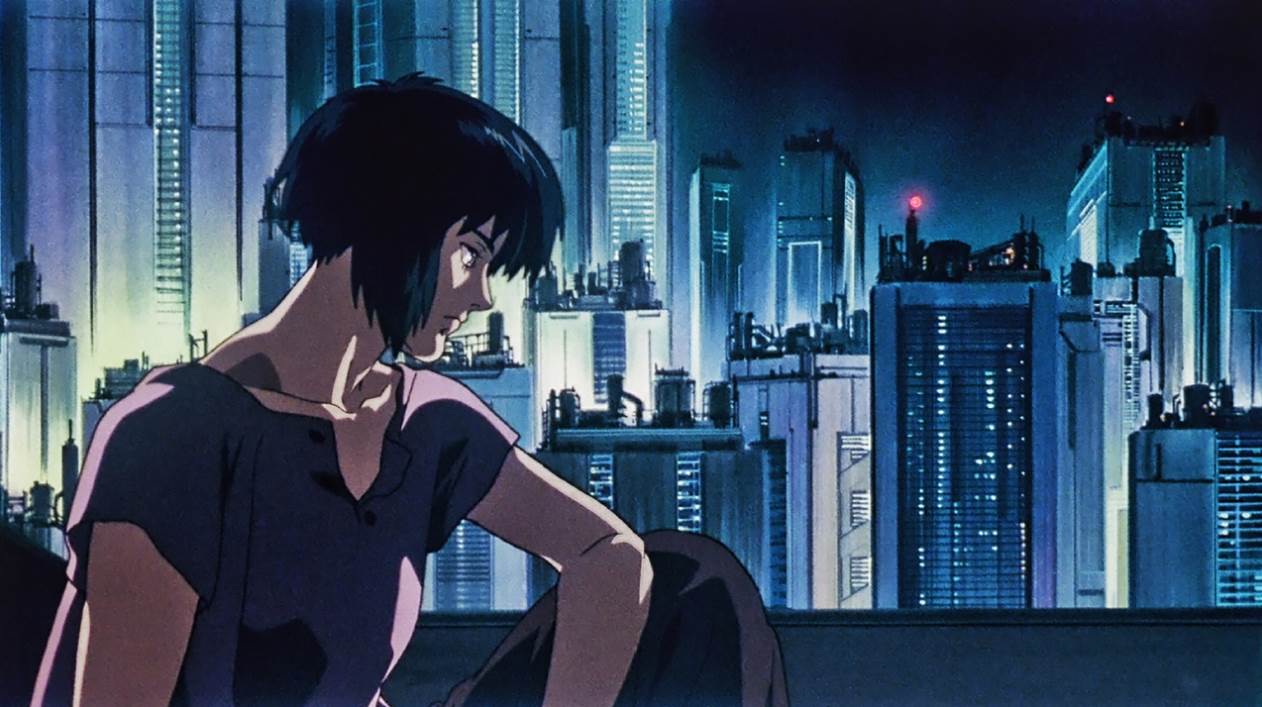 Motoko Kusanagi (aka the Major), a cyborg agent on the prowl for a rogue hacker, is the focus of Oshii’s existential cyberpunk thriller set in 2029.

Every part of the human body, including the brain, can be enhanced in Oshii’s cybernetically advanced world. The film, which was previously rated R in the United States, has since been downgraded to PG-13 for the benefit of today’s youth. 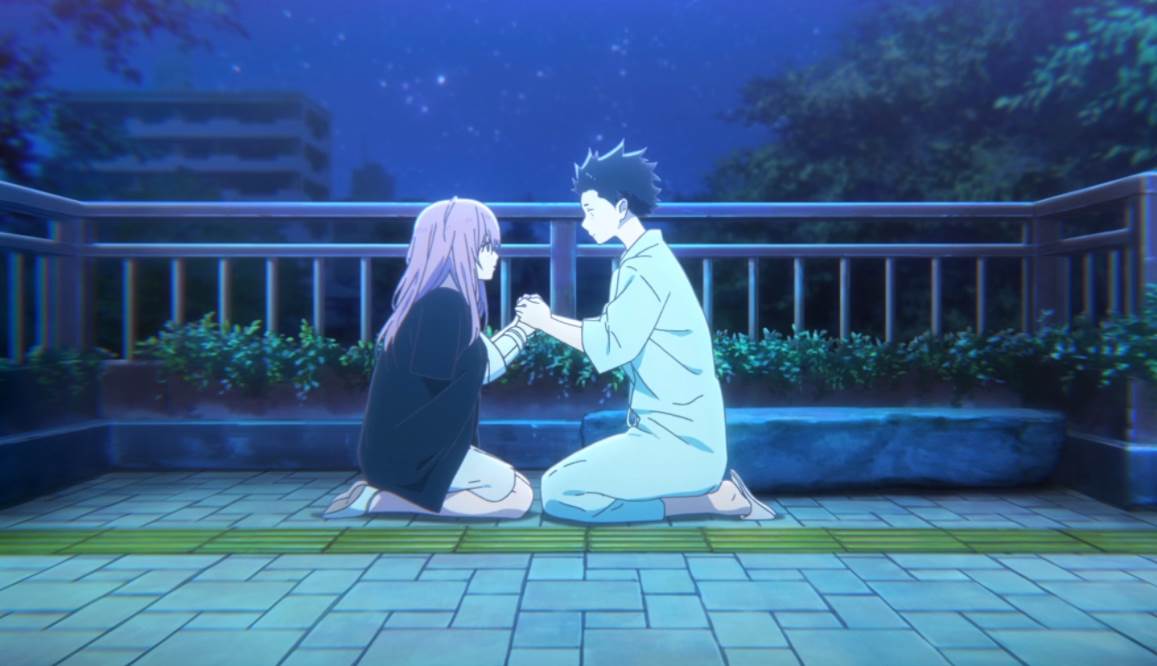 In “A Silent Voice,” Naoko Yamada explores the dynamics between bullies and the people they target. Shoya Ishida, a remorseful high school student, goes through a crisis at the start of the film.

Because of his bullying of deaf classmate Shoko Nishimiya in sixth grade, he’s become an outcast among his peers. Things have gotten so bad that he’s contemplating suicide.

Finally, he decides to seek out Shoko and offer his apologies, but instead ends up proposing friendship to her. She agrees, but their relationship will go through many ups and downs before it is fully repaired. 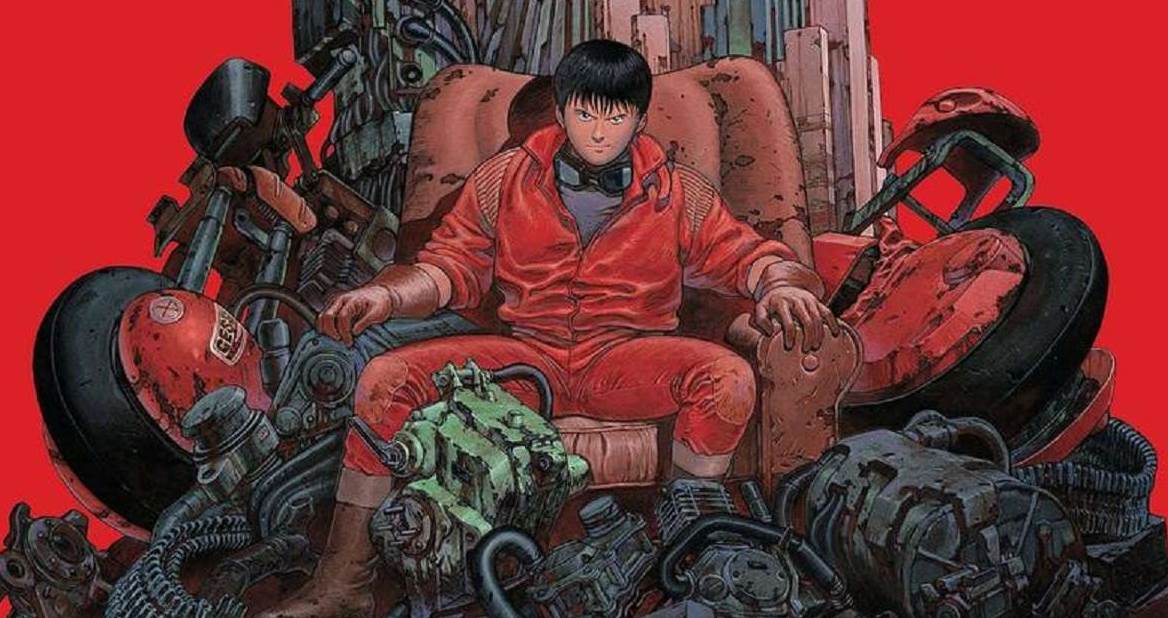 Katsuhiro Otomo’s visually stunning “Akira” anime film (based on his manga of the same name) has proved to be a difficult act to follow for Hollywood. A cult hit in the West, Otomo’s post-Apocalyptic classic became a benchmark in anime when bootleg copies began to circulate.

Neo-Tokyo, a neon-lit metropolis that sprung up after the destruction of the previous capital, is the focus of this film. It is up to his friends to stop gang-member Tetsuo Shima from unleashing a new wave of psychokinetic powers following an accident. 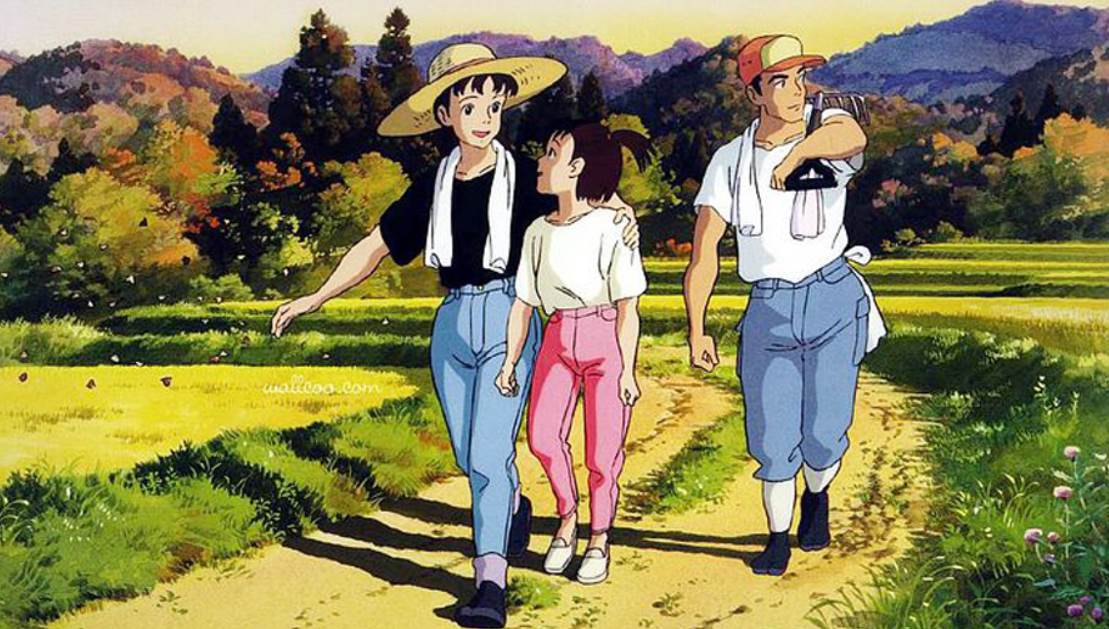 “Only Yesterday” by Isao Takahata isn’t your typical Ghibli film. For the first time since he co-founded his own company, Takahata decided to make a film for an adult audience instead of a child’s.

The story follows 27-year-old city dweller Taeko Okajima as she travels to the countryside in Japan, based on the manga by Hotaru Okamoto and Yuko Tone of the same name. Tokyo is where she’s worked for years, but the memories of her trip and the attentions of Toshio, the cousin of her brother-in-law, cause her to question everything she’s ever done.

When it was released in 1997, Princess Mononoke was the biggest hit at the domestic box office in America making it one of the best anime movies of all time. One of the best Japanese films in the world is also widely considered to be this one.

Director Hayao Miyazaki is said to have worked on the story for over two decades before turning it into an anime film.

The Muromachi Period (1336-1573) is the setting for this fantasy film, which follows the adventures of prince Ashitaka of a tribe and the young woman San, who was raised in the forest by wolves. Ashitaka tries to find a solution to the conflict between humans and nature in the novel. 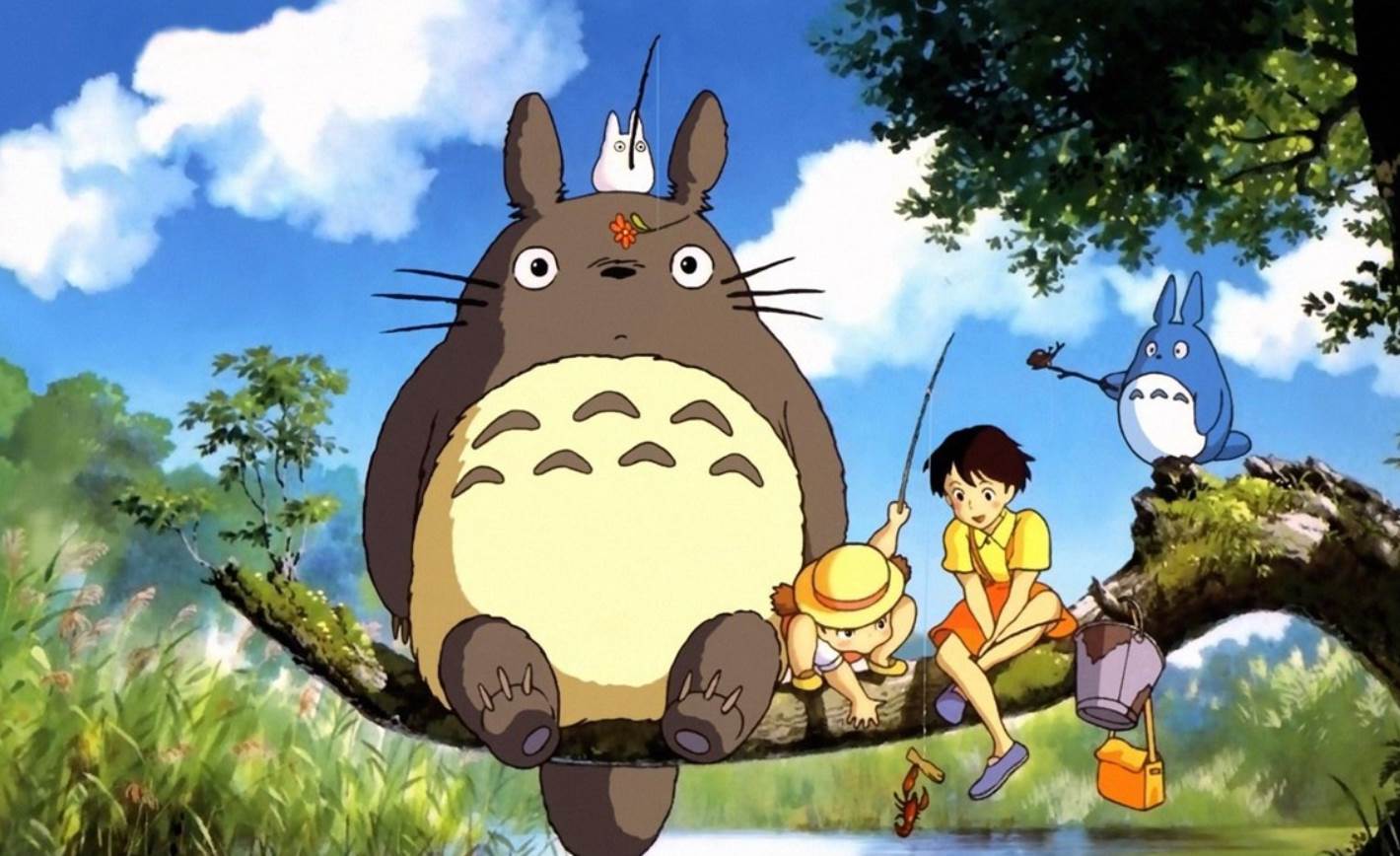 Family audiences around the world love My Neighbor Totoro, a Studio Ghibli film. As part of a double feature with Grave of the Fireflies, directed by another Studio Ghibli’s leader, Isao Takahata, the fantasy anime was released at the theater in 1988.

Tokorozawa, Saitama Prefecture, in the 1950s is the setting for My Neighbor Totoro. Satsuki, her younger sister Mei, and their father Tatsuo relocate to a rural village, where Satsuki attends elementary school.

Further, her mother is being cared for at a hospital not far from her home. The kids have an encounter with a mystical being known as Totoro one day. It’s a good place to start if you’ve never seen anything from Studio Ghibli before.

Well, these are the best anime movies that are worth watching. We will keep this updated whenever a movie touches our mind and soul so make sure to follow us regularly.