There’s a good reason why the most popular anime series have a lot of action-packed fight scenes. A true anime fan will appreciate these breathtaking, timeless, and downright epic fights regardless of whether or not they’re a fan of the anime series itself. Good fight scenes are a must-have in any anime. Here are the top 10 best anime fights scenes of all time if you’re looking for some action-packed, thrilling anime scenes.

For the most part, the shonen genre of anime has given us more than our fair share of big fights. We’ve seen a lot of great fights in recent years, including new anime like My Hero Academia and Attack on Titan as well as long-running series like Naruto coming to a close.

Here we’ve compiled a list of the best anime fights we’ve witnessed. These fights are arranged from the best to uh, you know! Don’t worry, even the last fight is worth watching. 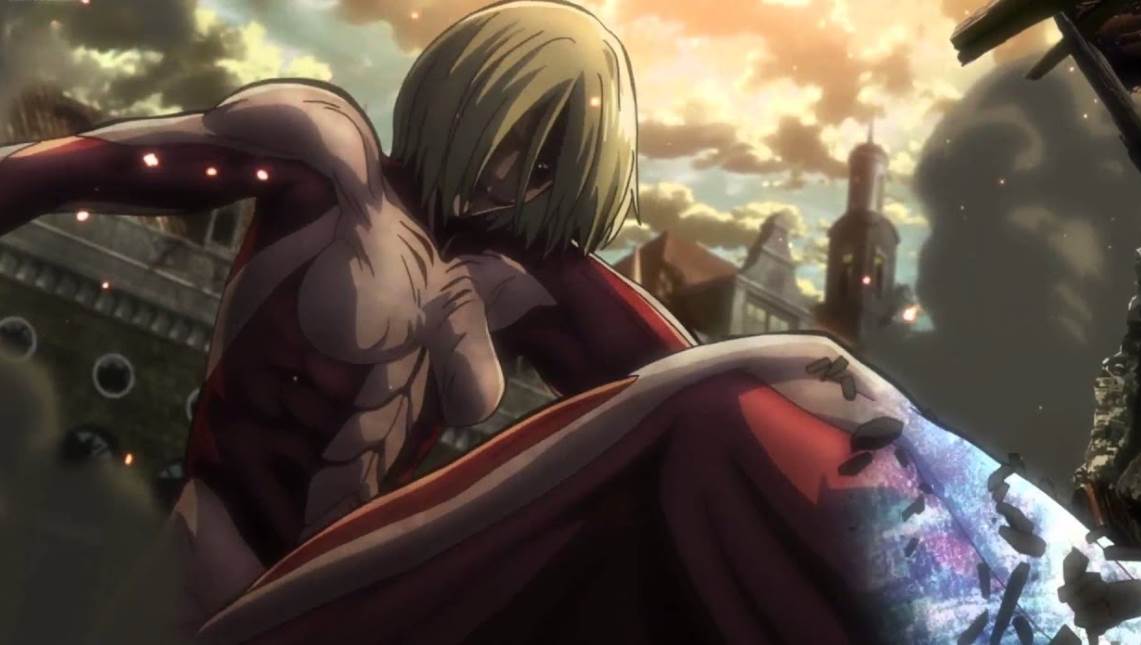 We have Eren vs. Annie at the top of our anime fight scene list. Attack on Titan depicts a dark, alternate reality in which a small human civilization is terrorized by gigantic, carnivorous monsters known as Titans. Certain humans in this society have the ability to transform into Titans, which is revealed throughout the show.

Soon after Annie transforms into a titan, a fallen building beam impales Eren. Eren, on the other hand, has superhuman abilities that allow him to overcome this injury and transform. It is Eren’s rage and sense of betrayal that drive this conflict to a violent conclusion.

Eren and Annie engage in a fistfight in the middle of the city with the kind of force that only two 60-meter-tall superhumans could muster. Eren finally takes down the titan Annie, ripping her limb from limb and attempting to eat her after a lot of blood and destruction. Annie uses her final hail mary by paralyzing herself in her human form at the end of the fight. 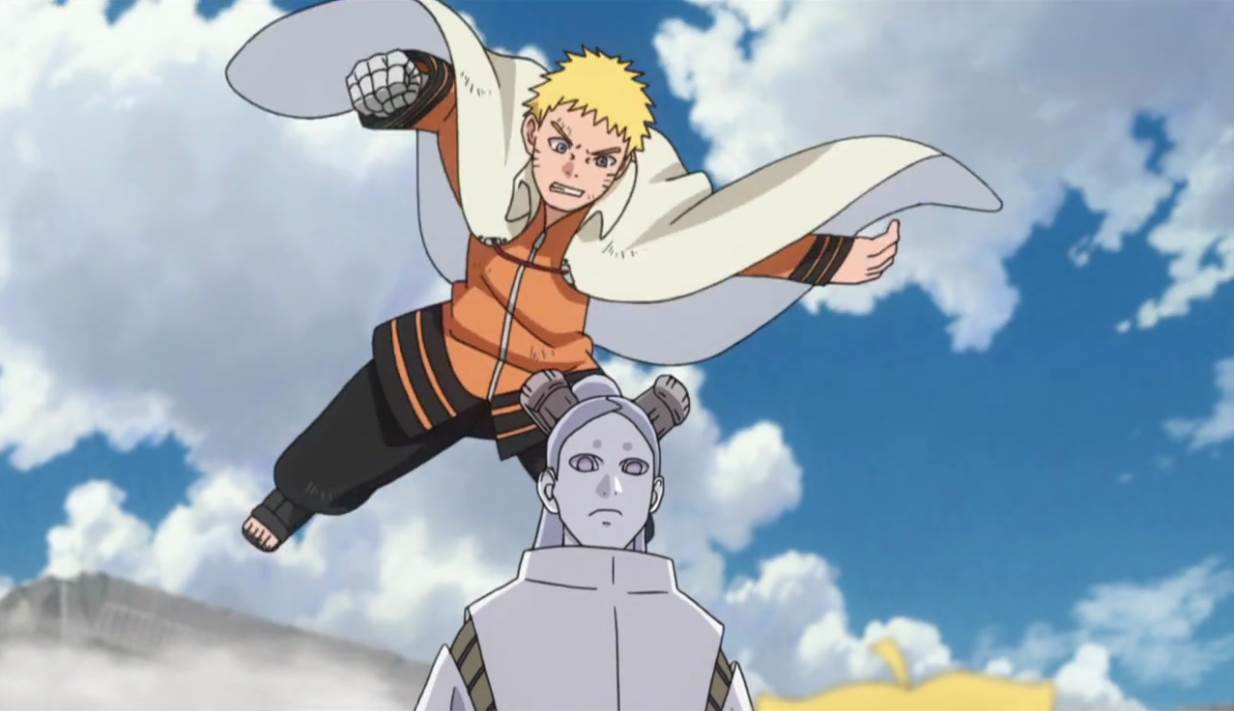 However, despite the fact that Boruto isn’t as popular as Naruto was, there is no denying the incredible fights it has featured. In Boruto Episode 65, Naruto and Sasuke faced off against Momoshiki Otsutsuki.

The fight sequences in this episode are among the most visually stunning in the series, thanks in large part to the innovative storyboarding and direction provided by Pierrot’s rising star Chengxi Huang.

Everyone who has ever loved Naruto as he’s one of the hot anime guys were blown away by this episode, which was not only action-packed but also brought back fond memories of Naruto and Sasuke teaming up to defeat Momoshiki. Boruto’s final scene, in which the torch was passed from the previous generation to the current one, is one of the reasons why we continue to admire him. 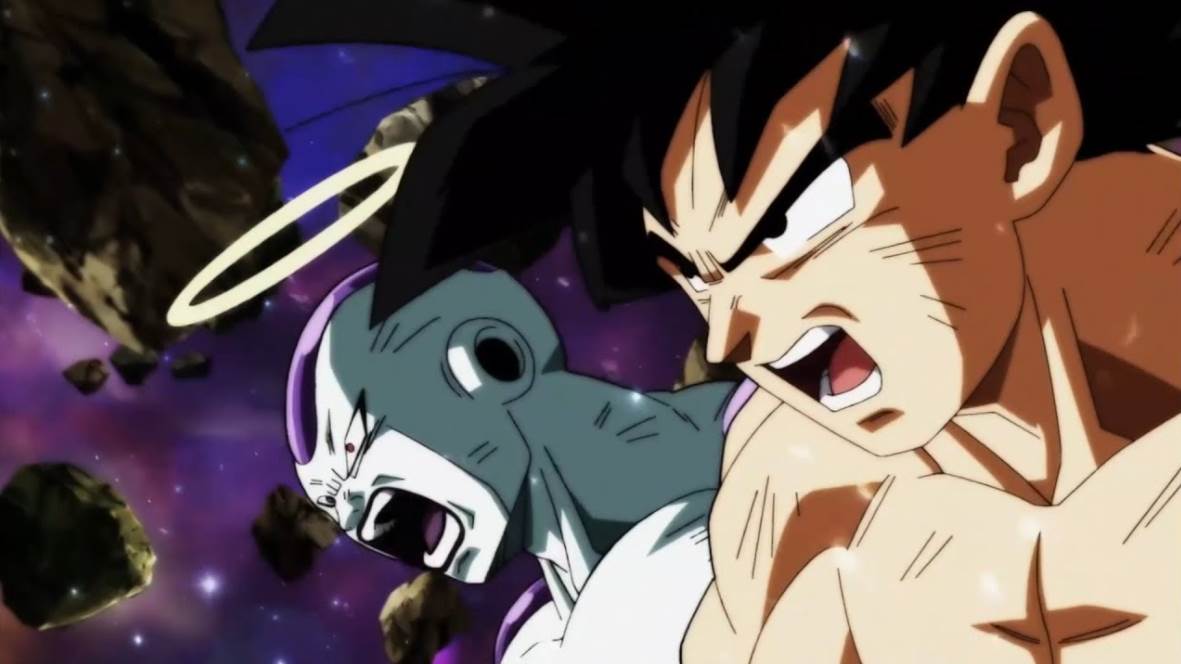 If you are a millennial you most probably know the iconic Kamehameha. Yes, nostalgia hits hard. We cannot deny Goku was our dream superhero since our childhood and then the times changed and Naruto came into the scene.

There’s a reason why the Tournament of Power finale literally broke the internet, harkening back to the glory days of Dragon Ball Z while also bringing its iconic battles into the current era. Everything is here. While Goku and Frieza’s fight in Dragon Ball Z manages to give goosebumps, they teaming up to fight Jiren holds a special place.

Awesome soundtrack, Goku obtaining yet another new form via Ultra Instinct that is superior to any other, and a blood-curdling battle that never stops. Goku and Frieza teaming up to take on the strongest fighter in Universe 11 was a surprise, but a welcome one. 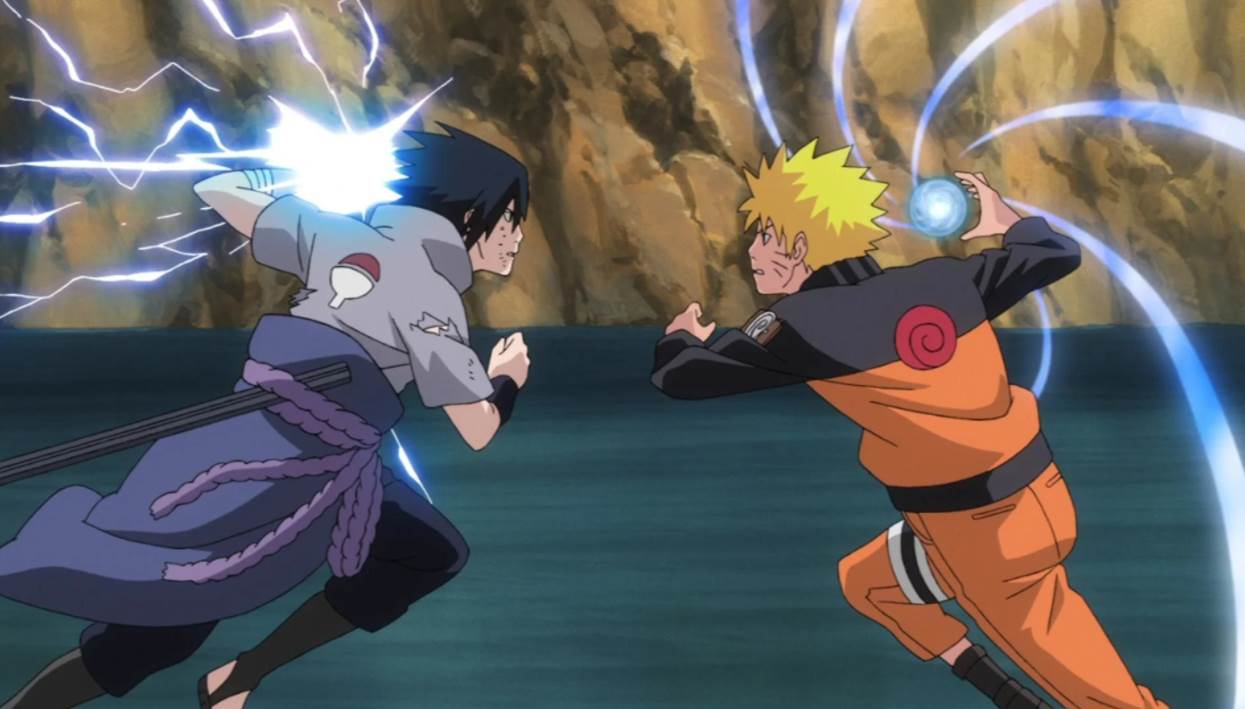 Sasuke is a ninja now that he has faced his demons and joined Team 7. Sasuke’s relationship with Naruto becomes increasingly tense over the course of his time with the team. Finally, Sasuke is forced to leave both the team and his family for an isolated life of study and training. That the city of Konoha forced Itachi to kill the Uchiha clan in order to break a curse and protect his younger brother is what Sasuke learns during this time.

Sasuke’s life takes a turn for the worse when he discovers the truth in this moment. Afraid of his dark path, Naruto sets out to bring Sasuke home. Naruto vs Sasuke is one of the most anticipated fights in the Naruto storyline, and this meeting leads to it.

While fighting, the longstanding relationship between these two ninjas comes to light, making for a dramatic scene… Naruto begs Sasuke to return to Konoha and save him from the terrorist leader Orochimaru’s hands. Sasuke agrees.

Sasuke decides to kill Naruto to unlock his Sharingan powers in response. When Naruto finally comes to terms with the fact that Sasuke is capable of hurting him, he uses his nine-tails power in self-defense.

End of the battle Naruto lies unconscious on the ground, awaiting death from his old friend. Sasuke, on the other hand, realizes that he can’t kill Naruto. 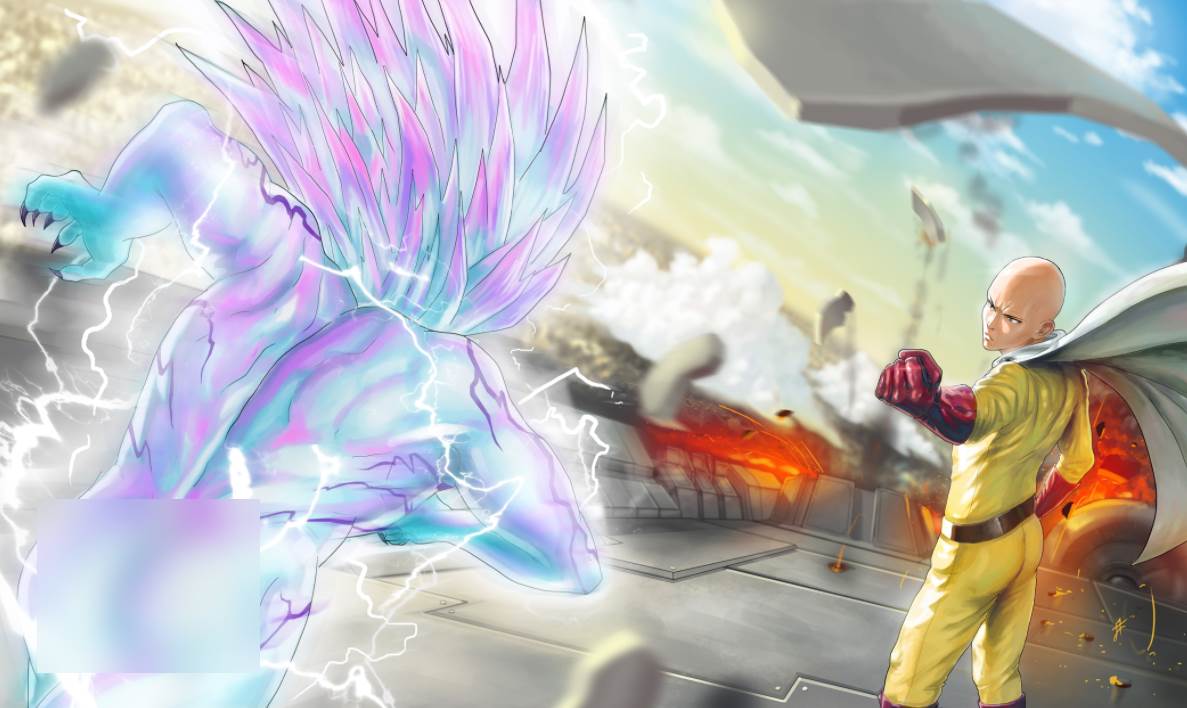 Saitama’s epic battle with Lord Boros has to be included in a list of the best anime fights of all time. To be fair, this particular episode of the series was no exception to the rule. Thanks to the director, however, many well-known animators were recruited for the purpose of creating an especially impressive final battle.

Saitama vs. Boros provided us with some of the best anime action we’ve ever seen, possibly ever. It’s no surprise that Saitama’s thrashing of Boros makes our list of the best anime fights of the decade when big names like Yutaka Nakamura and Kameda work on the episode.

Seeing the world’s strongest hero take on a galactic tyrant who makes him put in a little bit of effort is one of the best things about anime. All over the ship, Boros and Saitama traded blows, melting everything they came into contact with, and nearly obliterating the planet in a single blast. As with everything in life, his unrestricted form could not stand a chance against Saitama’s fist, but he did step it up a notch with the Serious Punch! 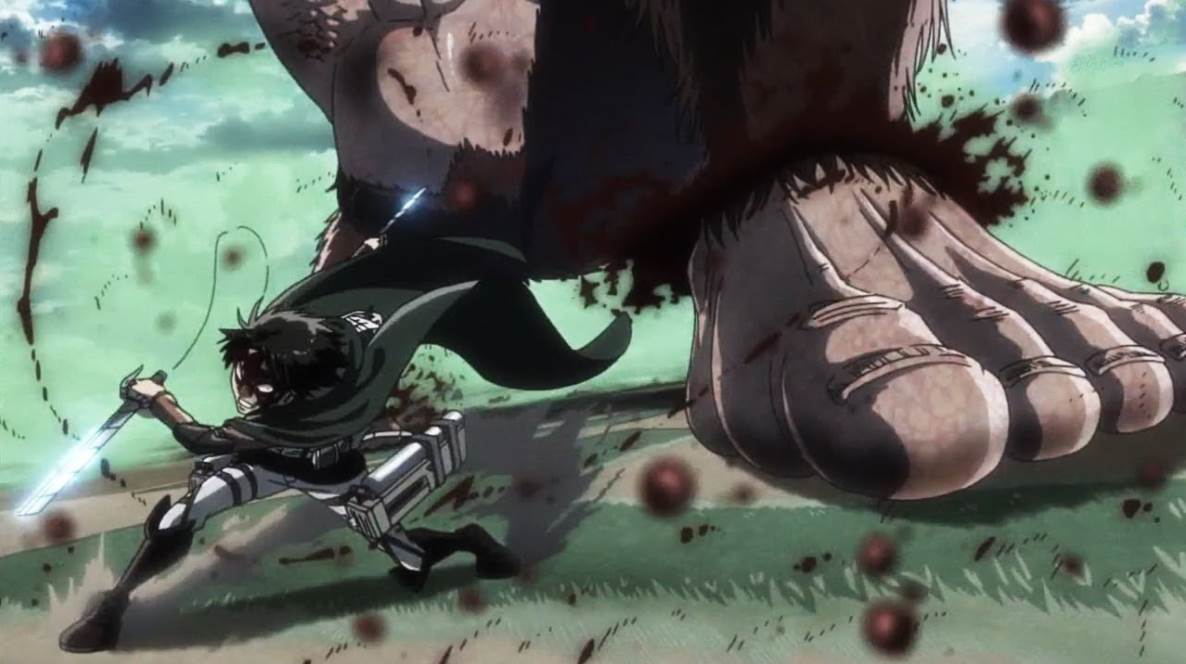 It should come as no surprise that Attack on Titan has some of the most thrilling battles we’ve seen in recent memory, given that it is arguably the best anime of the decade. While there are a plethora of options, we chose Levi’s fight with Zeke because of how animated it was, thanks to the countless hours of work put in by the team at Wit Studio.

When Erwin Smith was killed, Levi was able to use his body as a shield to open a path to the Beast Titan, and he did so. We saw Levi chopping up the Beast Titan into several pieces as he made sure Erwin’s sacrifice wasn’t in vain in a beautifully animated cut by the legendary Arifumi Imai. 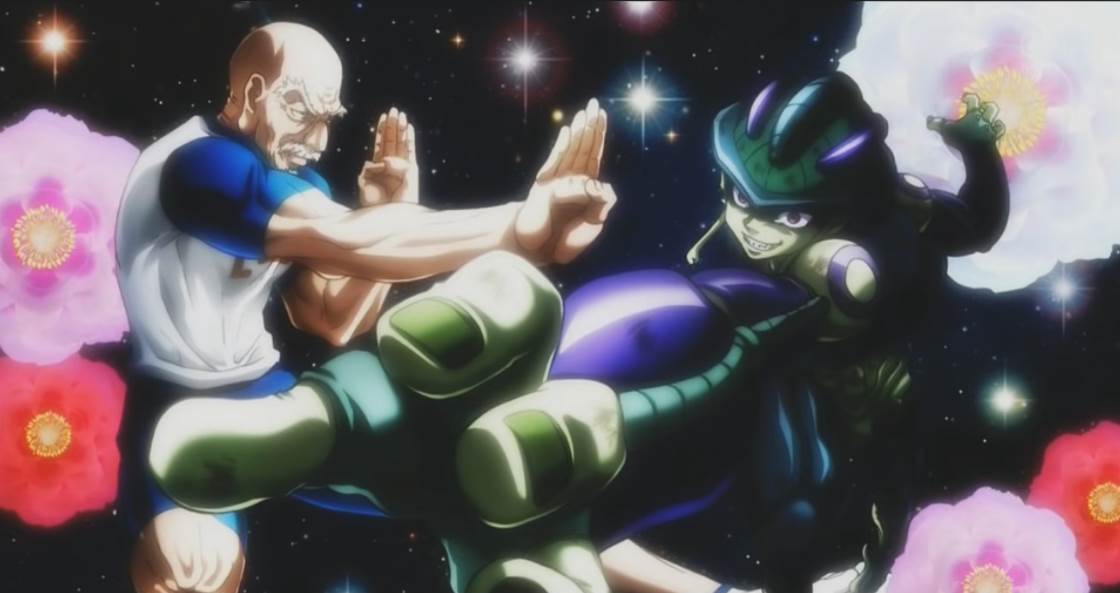 Netero vs Meruem saw the Chimera Ant arc reach new heights, and as a result, it became one of the series’ most enduring and beloved moments.

No one disputes that Gon punching Pitou’s face was an episode-defining moment, but there’s something otherworldly about Gon taking on a veteran hunter with one of the most staggering Nen abilities we’ve ever seen.

Meruem, driven by a burning desire to learn his true identity, confronts Netero and his ninety-nine painful hands. When you’ve recovered from the sight of seeing Zero Hand unleashed, the Poor Man’s Rose is revealed to cap off a battle between two giants of their species.

Even though Meruem had a massive advantage in strength, the fight was beautifully choreographed and showcased Meruem’s level of skill. Meruem was finally put to sleep thanks to Netero’s sacrifice, but Netero’s powers were just as impressive. 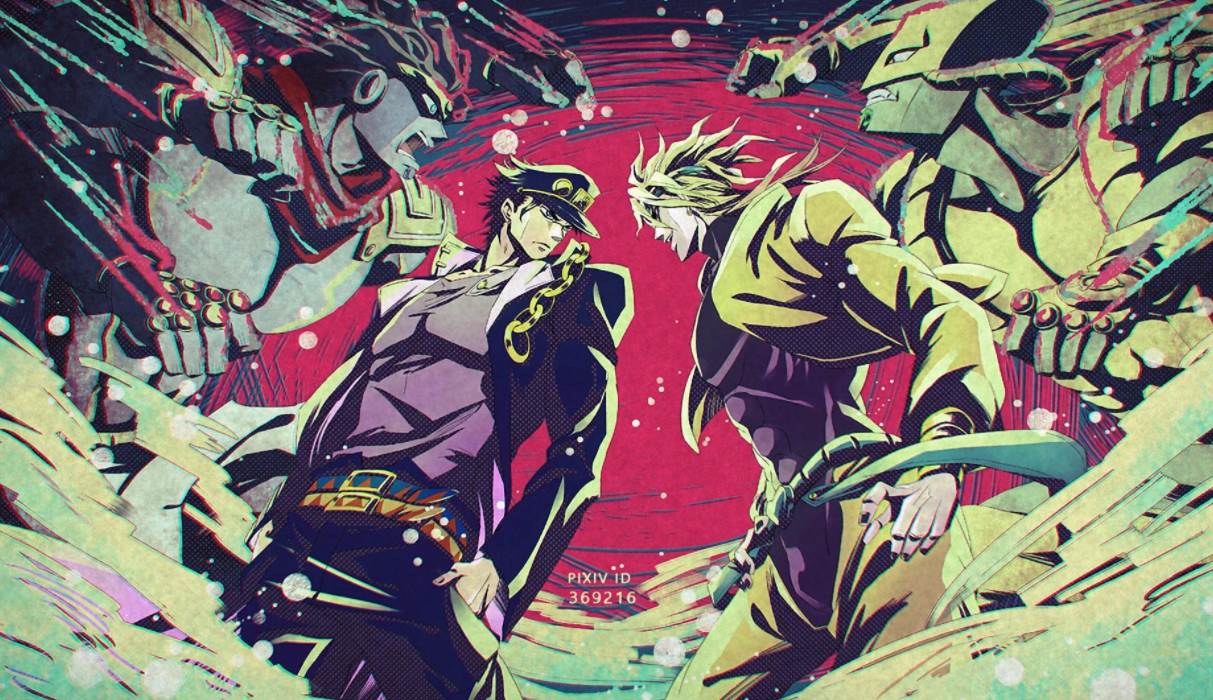 In the early 2010s, Araki’s series got a new lease on life with the return of JoJo’s Bizarre Adventures. Since then, the show has consistently delivered some of the best fights in anime. Jotaro’s fight with Dio in Stardust Crusaders is without a doubt the most memorable of all JoJo’s fights.

Finally, the vampire nemesis of the Joestar line was defeated in the most explosive way possible, after three generations of JoJo, a shittone of Stands, and Jotaro’s unbridled badassery.

A last-second time manipulation combined with a punch that engulfed a whole family’s worth of rage was all that Jotaro and Star Platinum needed to emerge victorious in the face of Dio’s immortal body, enhanced form, and the World’s ability to stop time.

Having suffered the loss of Kakyoin, Jotaro set about ensuring that Star Platinum progressed past Dio’s The World. A Stand’s ferocity was demonstrated in this battle, but the charismatic villain was put out of his misery. 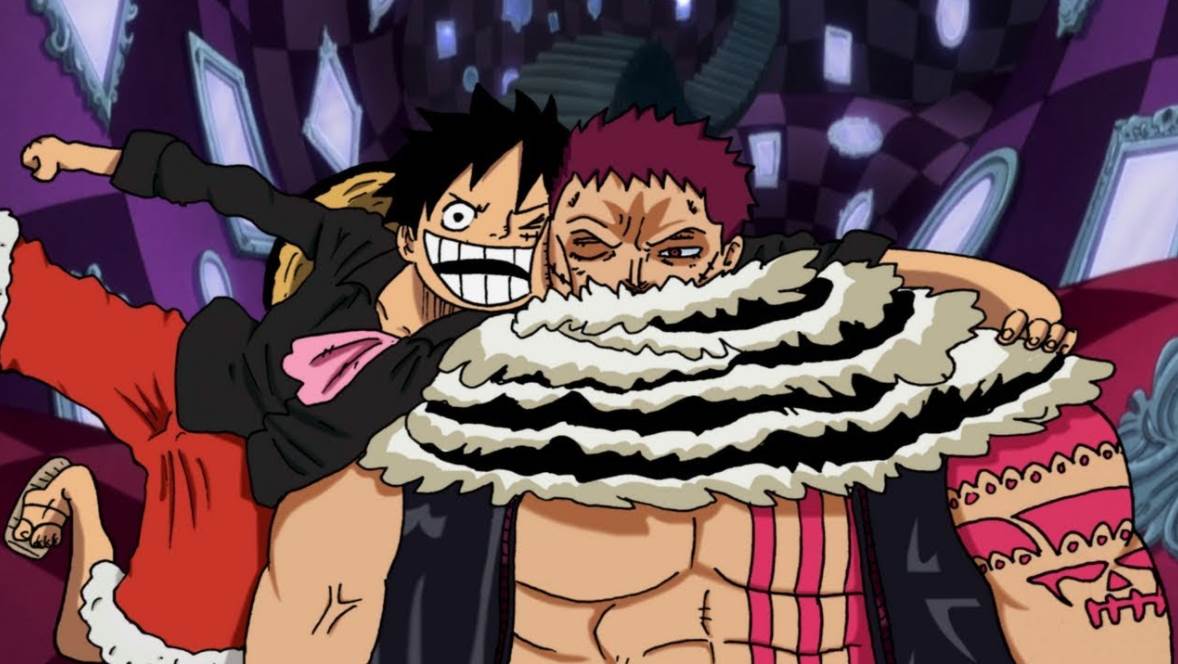 Even as One Piece nears its conclusion, Luffy’s journey becomes more difficult. Charlotte Katakuri was Luffy’s biggest obstacle on Cake Island at the time. In order to ensure the survival of the crew, Luffy had no choice but to defeat Katakuri in a spectacular fashion.

In terms of anime, One Piece is one of the most popular and longest-running. It’s difficult to pick just one favorite anime fight scene out of the series’ nearly 1,000 episodes, but we’re going to try.

An unexpected twist occurs in this titanic battle between giant Katakuri and lanky Luffy. Luffy is knocked backwards by Katakuri’s quick launch of him into the air. Katakuri counters with an even more powerful punch, but Luffy doesn’t give up. He immediately launches back and uses his armament hardening.

Animators at Toei (who don’t get enough credit) worked tirelessly for months to bring this fight to life, and we couldn’t be happier. A number of high-profile animators returned to One Piece, including Naotoshi Shida, Koudai Watanabe and Tu, in this episode alone. It’s because of the incredible action choreography and the overall feel of the fight that it makes our list of the decade’s best fights. 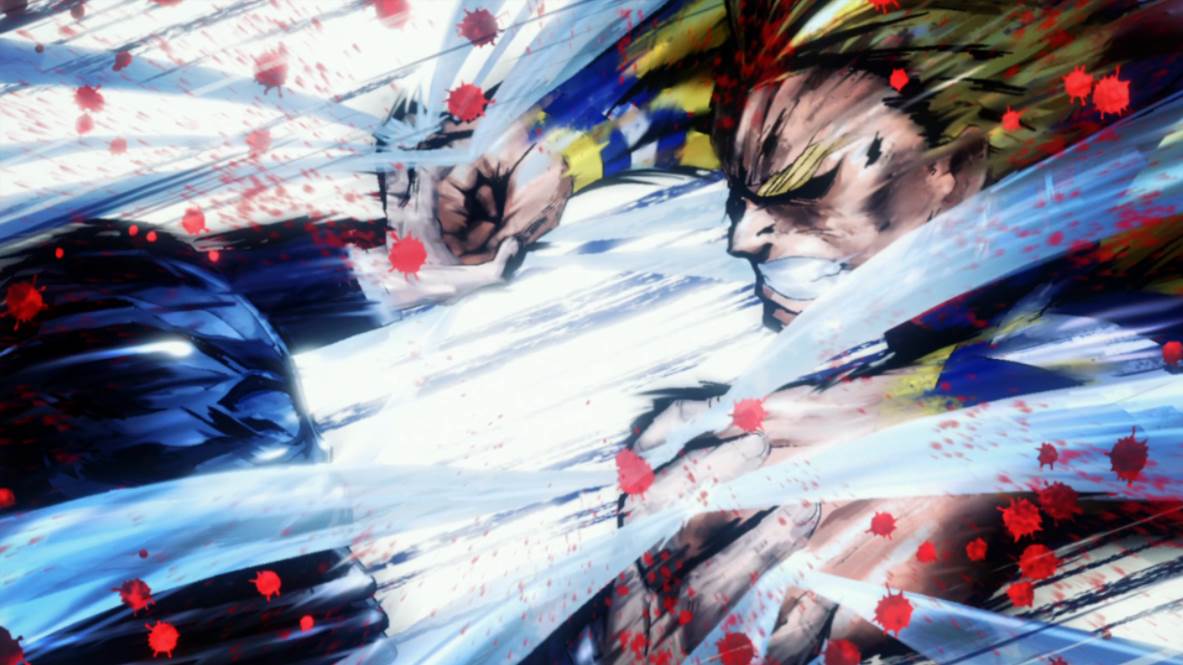 Is there anyone who hasn’t wondered what it would be like if the silver age heroes and villains of today fought each other? This could be a good approximation. One for All and the League of Villains’ mastermind risked everything in a rematch, pitting the dying embers of One for All against an accumulated arsenal of stolen Quirks.

The best part of this superhero slugfest is watching All Might push himself to the limit and defeat his nemesis with the United States of Smash. All Might vs All For One is one of many epic battles in My Hero Academia, but it stands out for two reasons: the story significance of the fight and the emotional impact it has on the characters. All Might vs. All For One was an absolute joy to watch from beginning to end.

This fight may not have been as visually appealing as some of the others, but it carried just as much, if not more, significance. We can’t leave out a fight that marked the end of All Might and All For One; it just wouldn’t feel right to leave it off.