Earlier this month, Ubisoft announced that Assassin’s Creed Valhalla would now support the upcoming Dawn of Ragnarok expansion. Evior will travel to Svartalfheim in order to save his son Baldr from the fire giant Sutr in this new DLC expansion. Things won’t be easy, however, because you’ll have to battle the gods themselves. You’ll also be able to transform into a Raven with the Power of the Raven, a new power in Dawn of Ragnarok. Here’s everything you need to know about Assassin’s Creed Valhalla Dawn of Ragnarok expansion’s release date, pre-load, and file size. 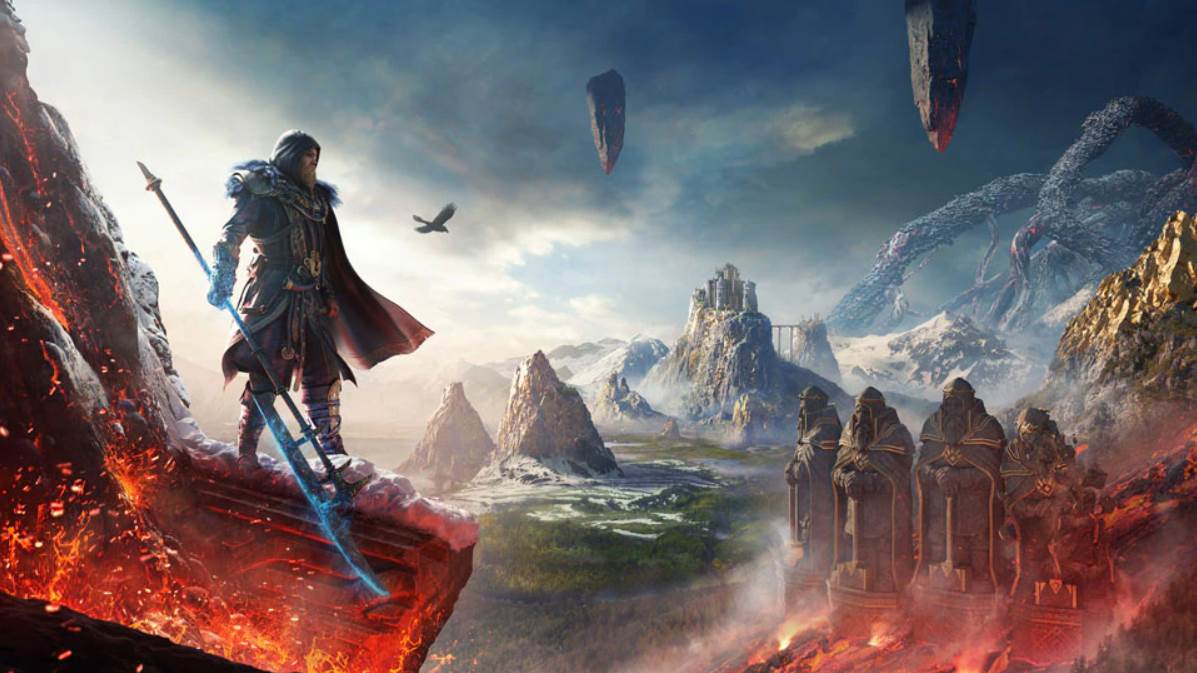 There is still no word on exactly how far the new power-ripping system goes, but so far it appears to be utilizing mechanics that remain popular to this day. Everythng will be cleared to us on 10th of March.

For pre-loading information, there has been no announcement for Xbox, PlayStation, or PC users yet. More information will be released by Ubisoft, which means we’ll have to wait. The expansion may be available for download as early as March 8 based on speculation.

AC Valhalla Dawn of Ragnarok will only take up 15 GB of storage space, despite being 35 hours long. From the Twitter account that monitors the PlayStation Store backend, you can get that number. The Day One patch, however, is expected to raise this number slightly.

35 hours into the game’s story, Eivor and his companions find themselves entangled in divine wars and myths as the Norse homelands are roughly a third of the size of England in the base game.

Just like in the past, this time, you aren’t Eivor – at least, not entirely. In Dawn of Ragnarok, Eivor awakens from his slumber to discover that he was once Odin, a god of thunder.

To put it another way, the Allfather’s greatest nemesis Surtr will lead an army of Jotunheim frost giants and demonic forces from Muspelheim against Eivor-Odin.

According to earlier rumors, Odin will travel to Svartleheim in order to enlist the assistance of the dwarves in his cause.

Eivor realizes that they were Odin in their previous life after reading Dawn of Ragnarok. However, our newly transformed Odin must deal with other issues that have arisen since his transformation. In the dwarven realm of Svartalfheim, you will embark on a journey to find your kidnapped son Baldr.

A new “Power of the Gods” feature will allow you to unlock new strategies and tailor your playstyle as Odin.. At any given time, you can only use two of the five available powers. As a result, you’ll have to make a decision based on your own preferences. There are five major powers:

For the fans out there, we have attached a trailer here, make sure to take a look:

Well, that’s all we know so far about the Assassin’s Creed Valhalla Dawn of Ragnarok expansion. We hope this guide helped you.

All Tombs of the Fallen Locations in Assassin’s Creed Valhalla